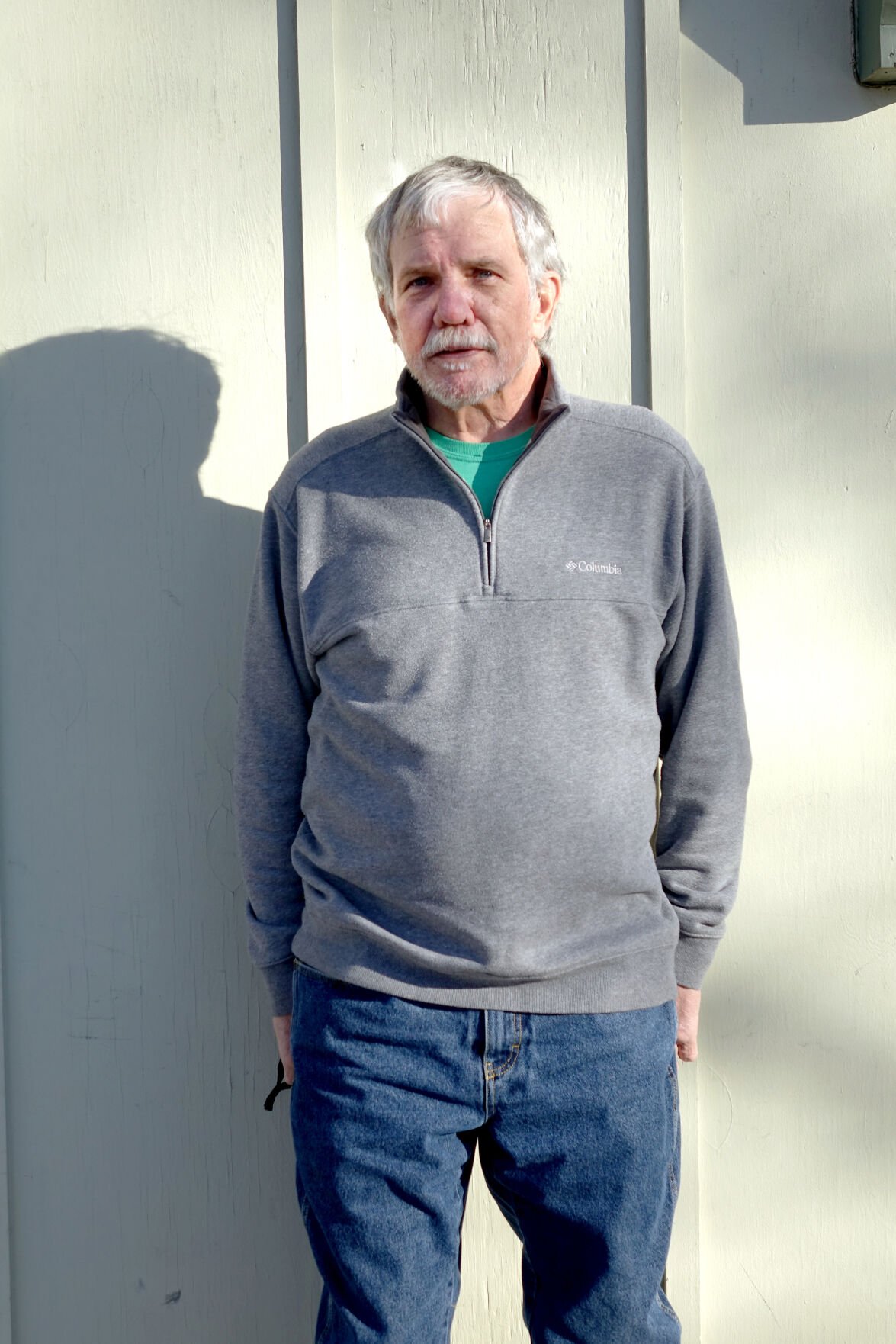 John Brady stands near the Katy Trail in Rocheport. Brady initially volunteered for the Missouri River Relief and now works as the organization’s fleet manager. 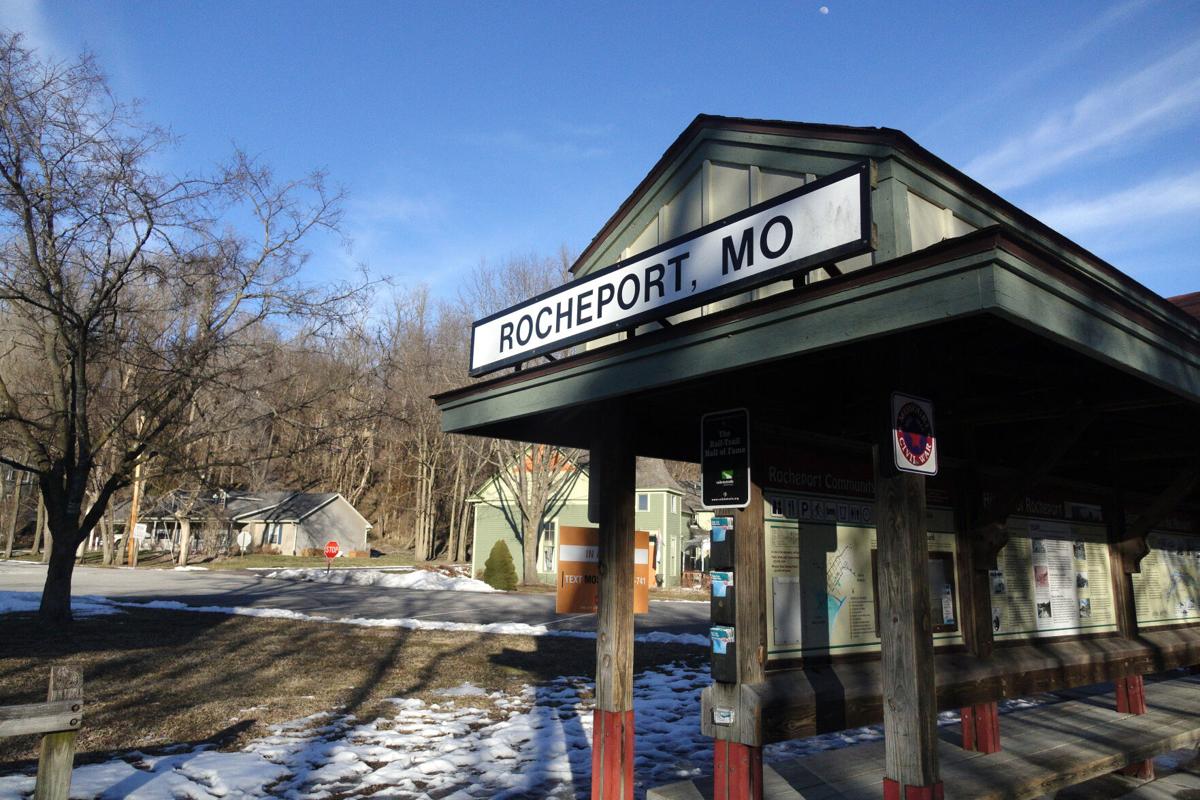 Historical information and educational flyers stretch across a rest area near the Katy Trail in Rocheport. The sign marks John Brady’s hometown and where he began volunteering with Missouri River Relief.

John Brady stands near the Katy Trail in Rocheport. Brady initially volunteered for the Missouri River Relief and now works as the organization’s fleet manager.

Historical information and educational flyers stretch across a rest area near the Katy Trail in Rocheport. The sign marks John Brady’s hometown and where he began volunteering with Missouri River Relief.

In January, John Brady met with members of Missouri River Relief to participate in the first cleanup of the year. The previous year had put a strain on the volunteer group because of lockdown restrictions during the pandemic.

As the barge cut through the current picking up rogue pieces of litter, Brady made a decision to dedicate another year to cleaning the river.

He has been committed to the local nonprofit organization for 20 years and now holds a paid position with Missouri River Relief as fleet manager, fixing and maintaining equipment. He also puts in extra hours as a volunteer.

His decision to remain on board was a difficult one, he said, because he is in his retirement. But it is one he values enough to continue.

The Missouri River is the longest river in America, stretching 2,300 miles southward from Montana through Missouri before joining the Mississippi.

On Oct. 18, 2001, 400 volunteers visited the banks of the Missouri River in Easley to clean up the environment. The diverse group came from local business and state groups, along with members of river interest groups from Illinois.

That was the start of Missouri River Relief, which then began educating communities about the waterway while continuing to clean it up. In more recent years, the focus of the organization has shifted away from primarily cleanup operations to its education mission.

Of the many events Brady attends, he said he most enjoys teaching people about the Missouri River.

He hopes he is mending the growing disconnect between community members and the environment.

“We’re connecting citizens of the Midwest to rivers because they have lost touch,” he said.

Steve Schnarr, director of Missouri River Relief, first met Brady when volunteering. From the beginning, Schnarr said he recognized the dedication Brady had for the organization.

“He is certainly one of our most dedicated volunteers, and that dedication had turned into us hiring him as our part-time fleet manager,” Schnarr said.

Since Brady accepted the position of fleet manager, he works around 10-15 hours weekly, a number that can quickly become 40-50 hours when preparing equipment for volunteer events.

Before joining Missouri River Relief, Brady, 72, often volunteered for other organizations around Boone County, as well as cleaning up the Missouri River in Rocheport where he lives.

His son, Boone Brady, recalls his father always having a passion for keeping the river clean and making time for volunteering.

“We did all kind of cleanup stuff before (Missouri River Relief) ever happened,” Boone Brady said. “My dad was interested in cleaning up and making sure the nature was clean at that point.”

John Brady had always been involved with river cleanup and volunteerism, but it picked up more seriously after his son left for college.

The pandemic has interrupted the majority of Missouri River Relief’s events, but that doesn’t stop Brady from going in to work on equipment or joining virtual volunteer and education seminars.

When he isn’t working around the river, he spends his time reading and writing. Brady’s Facebook is filled with short poems and creative writing.

“This is not an official title, but we call John our poet laureate because he’s constantly writing these really insightful poems about all kinds of things, in particular about the river and the work the River Relief does,” Schnarr said.

Boone Brady recalls his father always spending time reading. “I️ don’t know anybody who has read more than he has,” he said. “That’s one thing I️ remember as a child.”