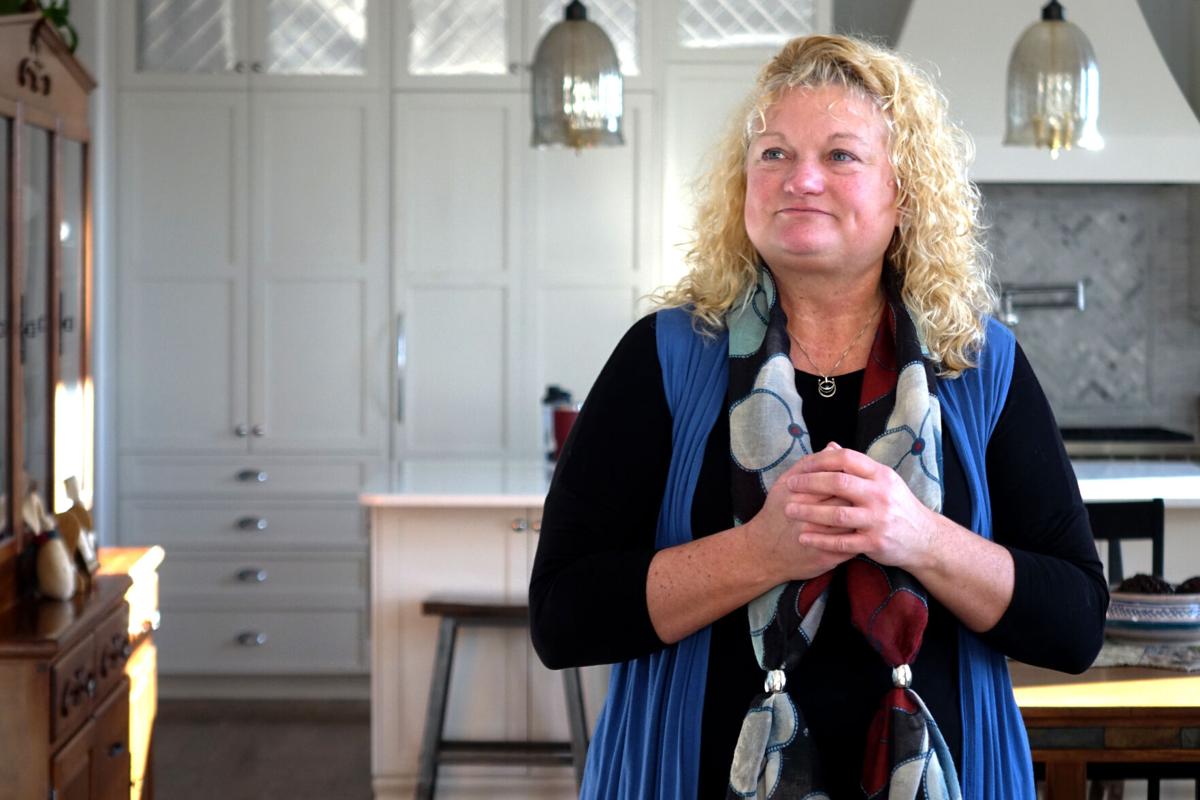 Lisa Lorenzen has been working from her home in Hartsburg. Lorenzen is MU’s assistant vice chancellor for technology advancement. 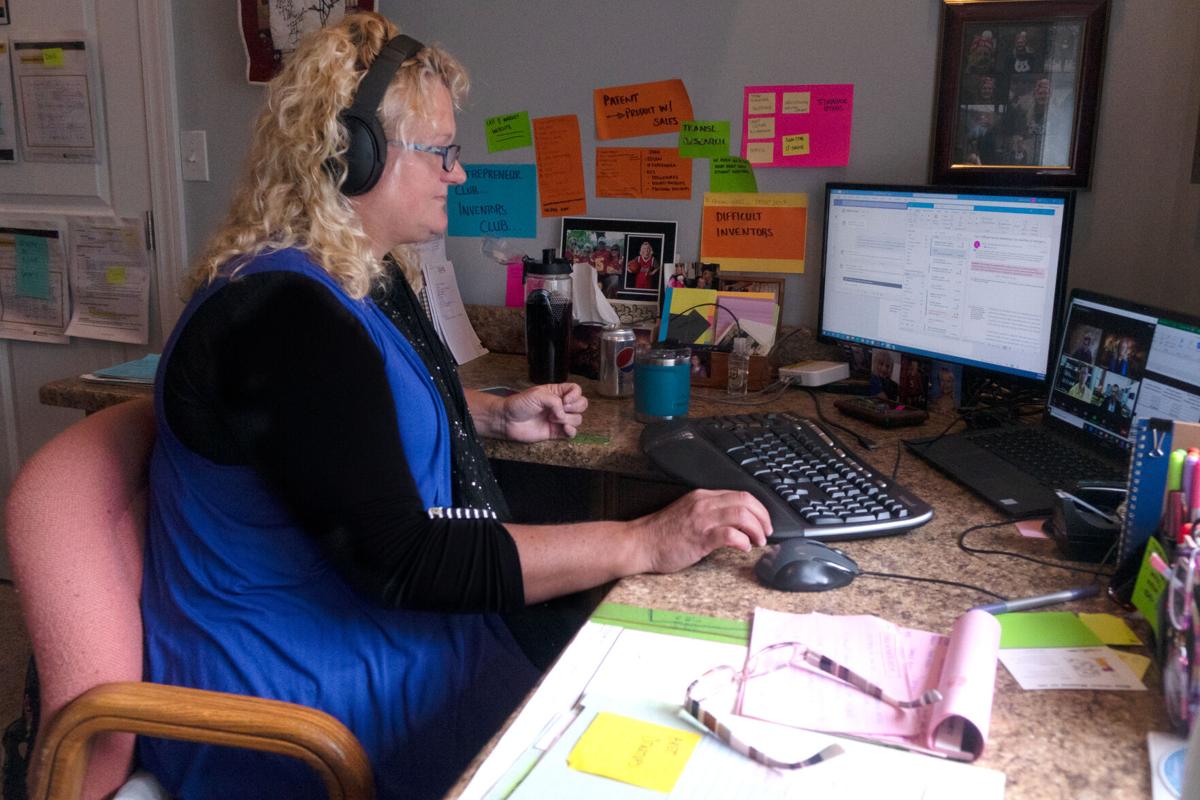 MU Assistant Vice Chancellor for Technology Advancement Lisa Lorenzen works from her home office. She has had to adapt to a new work environment hundreds of miles from where she grew up. 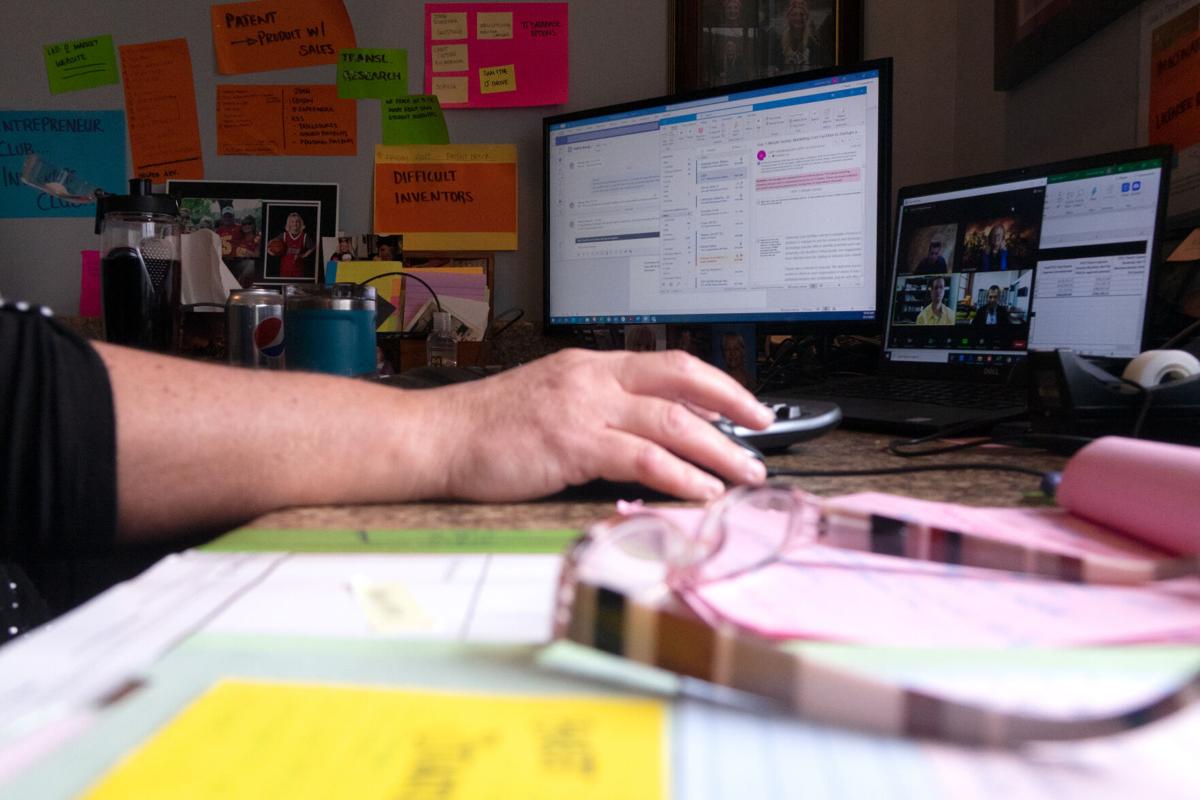 Lisa Lorenzen works in her at-home office in Hartsburg.

Lisa Lorenzen has been working from her home in Hartsburg. Lorenzen is MU’s assistant vice chancellor for technology advancement.

MU Assistant Vice Chancellor for Technology Advancement Lisa Lorenzen works from her home office. She has had to adapt to a new work environment hundreds of miles from where she grew up.

Lisa Lorenzen works in her at-home office in Hartsburg.

Navigating new technology might be intimidating for some adults, but it’s Lisa Lorenzen’s job.

Not only must she keep up with the evolving nature of computer technology, but she has had to adapt to a new work environment hundreds of miles from where she grew up and spent her entire adult life.

Lorenzen, 54, is the vice chancellor of the MU Technology Advancement Office within MU’s Office of Research and Economic Development.

The office partners with companies, entrepreneurs and investors to bring innovations to market

It has advanced the distribution process for a number of innovations, such as Zegerid, a medication used to treat serious cases of heartburn.

Additionally, the office worked with Beyond Meat, a company that manufactures and distributes plant-based substitutes for meat-based products.

Recently, a new technology was developed that can predict if someone is susceptible to a dangerous fall up to three weeks in advance.

While demand for the product is high, Lorenzen said its use is restricted for now to assisted living homes while the effects are being studied.

Since joining the team in 2019, Lorenzen’s leadership and contributions have not gone unnoticed.

“Lisa has brought an excitement and focus to our team,” said Brian Buntaine, senior technology transfer manager at the Technology Advancement Office. “She has emphasized our focus on teamwork and increased team dialogue and interactions.”

Her decision to relocate to Columbia was both personal and professional. Her mother, who is 85, lives in Missouri, and her daughter thought it best to be nearby.

Prior to the move, Lorenzen and her husband, Scott Dahl, were with Iowa State University in Ames and doing, as he put it, “pretty much the same thing as our current jobs at MU.”

But the invitation to move to Missouri came at an opportune time.

“There had to be a good opportunity to move down here,” Lorenzen said. Once those very opportunities came up, the decision was final.

Owning property at the Lake of the Ozarks for the last 20 years gave the them another connection to Missouri, but uprooting still presented itself as a challenge.

The move was a “tough decision but a good decision in the end,” according to Dahl. He accepted a position as director of business development at the Mizzou Alumni Association at the same time to accommodate the move.

While relocating to their home in Hartsburg in August 2019 , the couple found that establishing a new set of doctors, dentists, orthodontists and other professionals was more time-consuming than expected.

“Settling in took a lot longer than we thought it would,” Dahl said.

Part of the difficulty was making arrangements for their daughter, Isabel, who managed to settle in at school with extracurricular activities such as volleyball. Now in her freshman year of high school, she is beginning to enjoy herself, her father said.

“The move was stressful for [Isabel] to begin with, but now she loves her school and her classmates.”

As for Lorenzen, it wasn’t always about technology, which was “absolutely not” her lifelong passion, she said.

“I didn’t know what I wanted to be, and so I tried genetics because my brother told me it was cool,” she said. “He was right.”

Growing up in the small, rural community of Reinbeck, Iowa, she spent much of her time on a farm “raising hogs.”

“It was a wonderful way to grow up,” she said. “It taught me a lot about work ethic.”

Now, being in the technological development industry for over 20 years has allowed her to closely watch advancements and changes in the field.

“Ten years ago, we could get major industries to come and look at what we were working on in the labs,” Lorenzen said. “But nowadays, these industries are a lot more reluctant to new ideas.”

As for the future, she said new radio pharmaceuticals could be pivotal to cancer research and treatment.

These pharmaceuticals, which would be further developed by the nuclear reactor at MU, will be able to identify and treat cancerous tumors.

Still, after the move from one college town to another, she retains a certain loyalty to her alma mater in Iowa.

“My heart is with Iowa State, but I’ll still wear the black and yellow.”