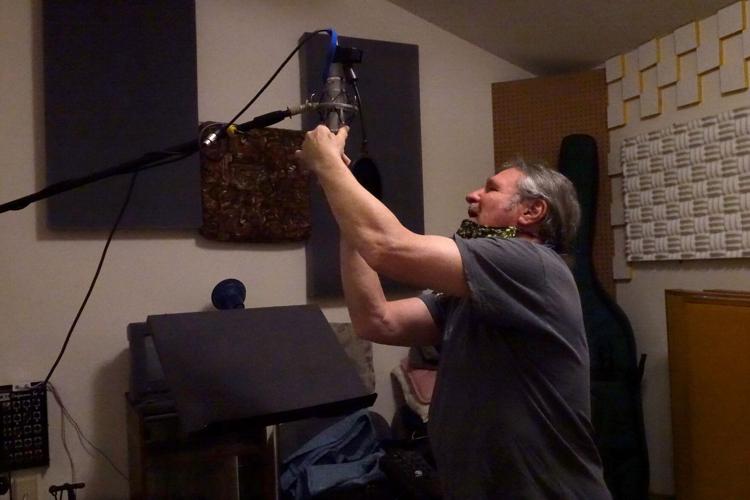 Pete Szkolka fixes a microphone in one of the recording booths at Szkolka Studios. 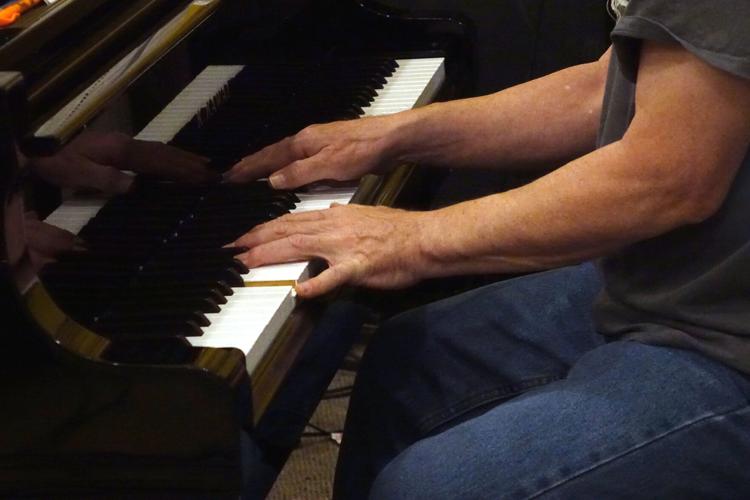 Pete Szkolka sits at his piano and plays jazz standards in his studio. Aside from operaing his studio, Szkolka is a local musician in mid-Missouri. 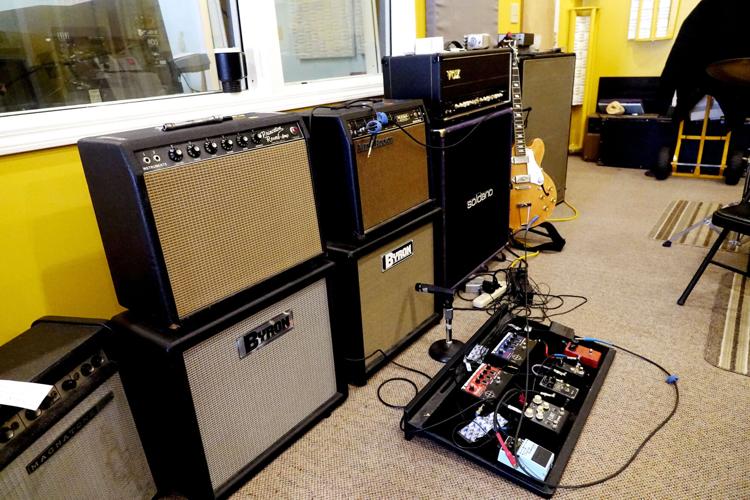 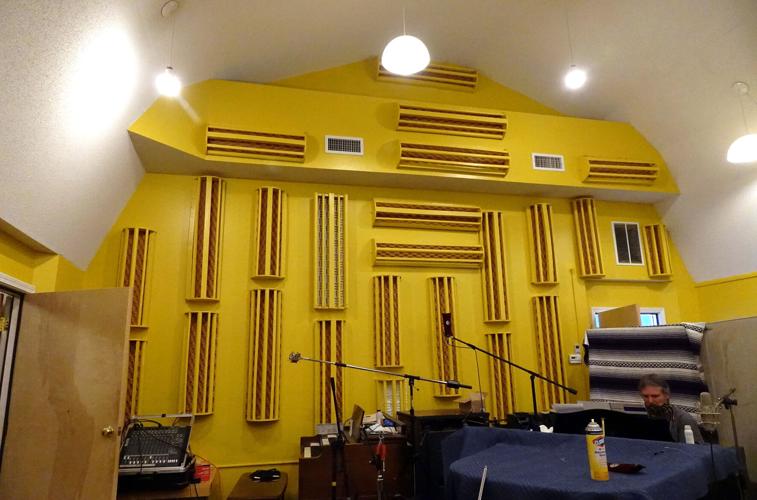 Pete Szkolka sits at his piano and plays jazz standards inside the studio where walls and high ceilings make for rich sounding acoustics.

Pete Szkolka fixes a microphone in one of the recording booths at Szkolka Studios.

Pete Szkolka sits at his piano and plays jazz standards in his studio. Aside from operaing his studio, Szkolka is a local musician in mid-Missouri.

Pete Szkolka sits at his piano and plays jazz standards inside the studio where walls and high ceilings make for rich sounding acoustics.

It was the mid-1970s, and Pete Szkolka was working at Bob Pruitt’s recording studio, Electric Looney Land, in Columbia.

Fresh out of his sophomore year of college, Szkolka was just making his way into the music business.

At this point, he was a guitarist and keyboardist, and he spent most of his time performing. But when he expressed an interest in learning audio production, Pruitt began to give him lessons.

That marked the beginning of a long career in audio production, recording, performing and teaching.

Szkolka learned how to organize, prepare, recording, edit and mix audio events. He also learned both basic recording and mixing techniques, as well as the technical aspects of audio engineering.

Eventually became Pruitt’s assistant, and for a while, he also was able to license his own compositions to use as background music in instructional hunting videos.

Both his experience and his earnings allowed him in 2003 to put together a recording studio in an extra bedroom at his house in Columbia.

He also offers music lessons and teaches the audio production skills he learned as a young adult. That covers the various technical aspects of audio production, such as using microphones and compressors, and the physical aspects, such as the way acoustics and sound work in music.

When he’s not at his studio, he performs in local venues around Columbia as a guitar, keyboardist and singer with local bands.

“Before COVID, I played at The Blue Note, Rose Music Hall and other smaller places,” Szkolka said. “I would play solo piano at Murry’s and interspersed gigs, and play with a band called the Fried Crawdaddies, and the Columbia Jazz Orchestra.”

Tony Lotven, one of Szkolka’s lifelong friends and bandmates, is in the Fried Crawdaddies with Szkolka. The band has been together since 2003.

“We play at Rose Music Hall on the first Friday of every month,” Lotven said. “Most of what we do are private gigs or regular gigs at bars, and we stick around mid-Missouri.”

The making of a musicianSzkolka’s interest in music started as a child. The only member of his family involved in music, he still learned to play the piano by ear when he was just 3 years old.

He learned a lot more about music in high school. During his sophomore year, his friends persuaded him to join the jazz band, where he “got in on a lark” because he didn’t know how to read sheet music.

The band director noticed that and decided to take him under his wing. It gave Szkolka the push to teach himself guitar and arrange formal lessons when he was a high school senior.

Initially, playing music was just a hobby, but as he got older, Szkolka said he began to approach it more seriously.

“When I was a kid, I just played for fun,” he said. “It was later when I decided to turn it into a lifestyle.”

That enabled him to meet people he has kept as friends for years. Had he not pursued music in 1976, he said he would not have met Sean Hennessy. They have been friends since the 1980s.

“He is totally competent in many areas musically. It’s just ridiculous how good he is.”

A nontraditional pathSzkolka came to Columbia from Chicago for college in 1974with the intention of majoring in biochemistry, even though he was already heavily involved in music.

“I was the only musician in my family, and no one had ever blazed that trail before, so my parents were concerned for my wellbeing,” Szkolka said.

“They told me they would send me to college for anything other than music.”

After his sophomore year, however, science did not feel like the right fit.

“Eventually I realized if I didn’t do what I wanted to do, then I would hate myself for not having the courage to do it,” he said.

Szkolka began traveling throughout the Midwest to perform multiple nights a week in a series of bands, including the Kansas City Street Band and Chump Change.

He also played gigs in Kansas, Iowa, Arkansas and Illinois.

In 1991, Szkolka returned to Columbia to complete a bachelor’s degree in communications.

After opening his studio in 2003, he went back to school to get his master’s degree in music theory, graduating in 2018.

Szkolka said he always anticipated being involved in music in some way but did not know quite which direction it would take him in.

“I’m pretty firmly established in what I’m doing,” he said. “I don’t really take the time to think of what could have been or what might have been if I did not pursue music.”