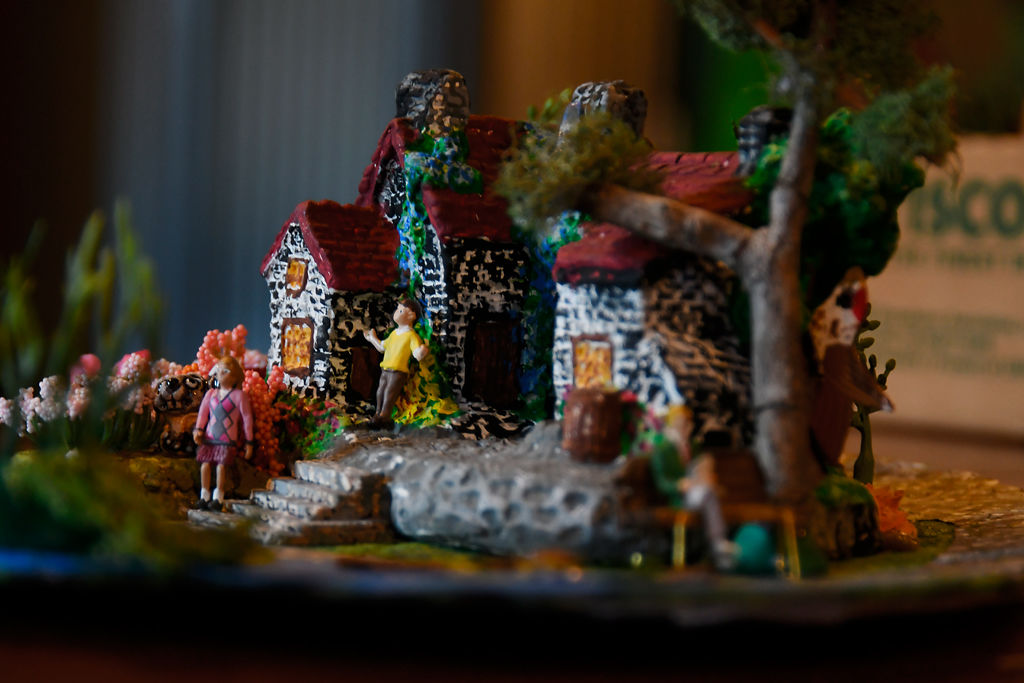 A miniature setting sits oFeb. 8 in Artlandish Gallery in Columbia. Patti Doyle brought in some of her favorite miniatures to showcase her work. 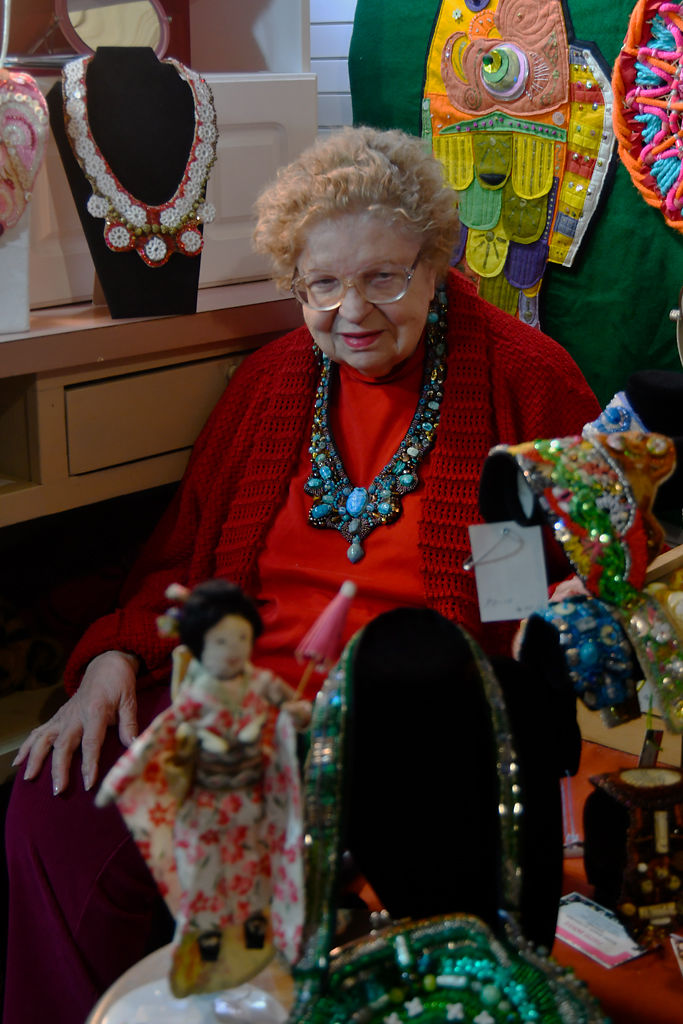 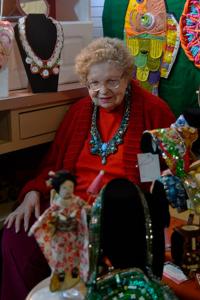 Patti Doyle sits at her booth in Artlandish Gallery where she sells jewelry. 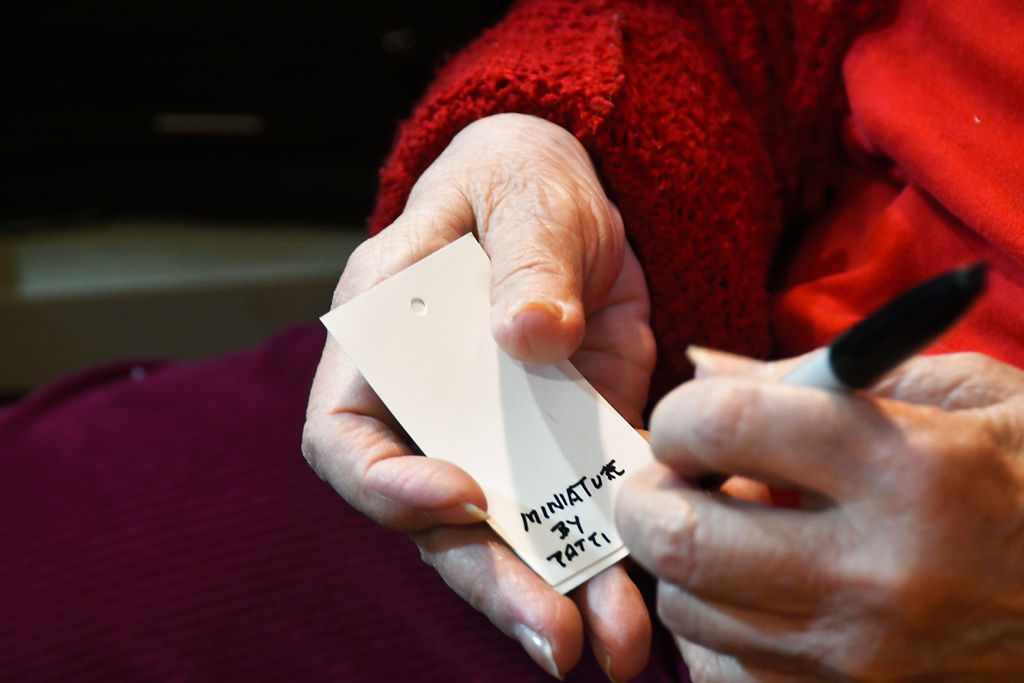 Patti Doyle writes out a price tag for one of her miniatures Feb. 8 at Artlandish Gallery in Columbia. Doyle started working on miniatures after taking a class on them at the Osher Lifelong Learning Institute. 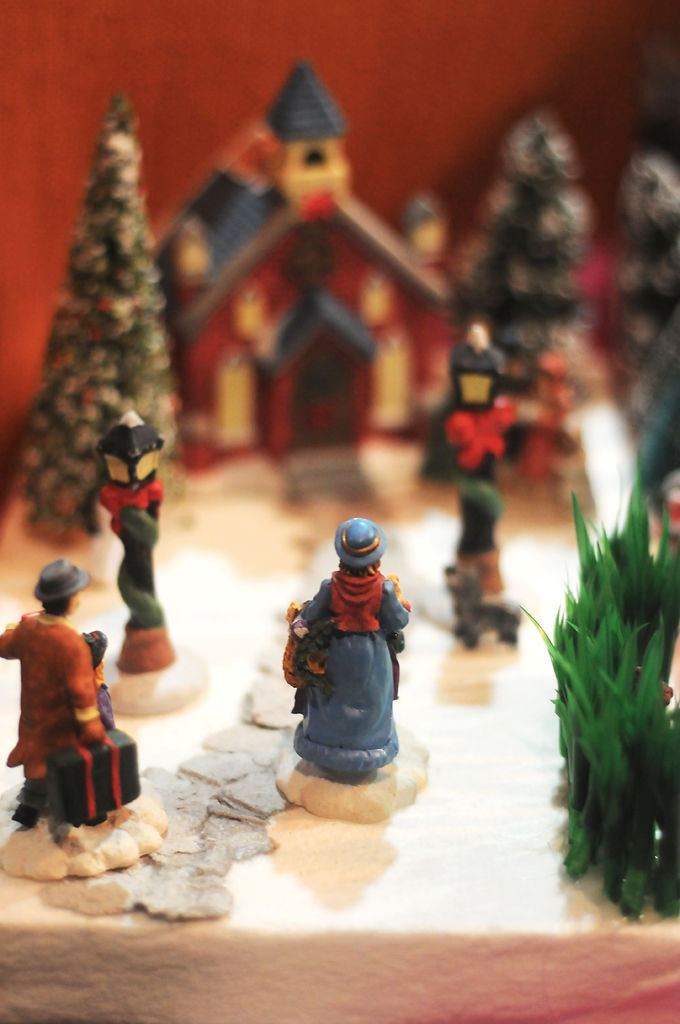 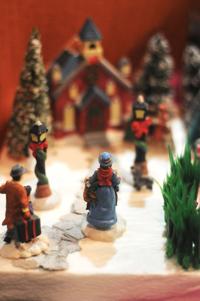 A Christmas miniature sits Feb. 8 at Patti Doyle’s booth in Artlandish Gallery in Columbia. The majority of Doyle’s miniature ideas came from where she has traveled and different places she sees.

A miniature setting sits oFeb. 8 in Artlandish Gallery in Columbia. Patti Doyle brought in some of her favorite miniatures to showcase her work.

Patti Doyle sits at her booth in Artlandish Gallery where she sells jewelry.

Patti Doyle writes out a price tag for one of her miniatures Feb. 8 at Artlandish Gallery in Columbia. Doyle started working on miniatures after taking a class on them at the Osher Lifelong Learning Institute.

A Christmas miniature sits Feb. 8 at Patti Doyle’s booth in Artlandish Gallery in Columbia. The majority of Doyle’s miniature ideas came from where she has traveled and different places she sees.

Why do we wear clothes?

Patti Doyle answers that question in her eight-week class at the Osher Lifelong Learning Institute. The course covers the history of clothing from the days of the caveman to today’s “fast fashion.”

Doyle, 82, taught costume design for decades — including 35 years at Stephens College — before retiring in 2009. Wishing to stay busy during retirement, Doyle joined several organizations: the Missouri Symphony League, the Columbia Weavers and Spinners’ Guild and the Assistance League of Mid-Missouri.

After a friend recommended Osher, she attended a class about comedy. Within a few years she was teaching her own class about the role of a costume designer.

“I said, ‘Shoot, this is just fun,’ ” Doyle said about her first trip to Osher.

Osher, a program through MU Extension, offers an assortment of classes to those 50 and older. Students can pay by the course or sign up for a membership to enroll in an unlimited number of courses.

She also covers occupational clothing, sportswear and the role of clothes as status symbols.

Stops along the way include apparel in ancient Rome and Egypt, the Middle Ages and the 1930s and 1940s.

Doyle’s work as a costume designer began when she was a child. She learned to sew doll clothes when she was just 5. A few years later, she was embroidering clothing.

“My adoptive parents thought all this silly stuff I did was just fun, so I could have my art projects all over the house,” Doyle said.

Her interest in the arts also made her an avid reader. She recalls a visit to the neighborhood library in her hometown of Detroit when she was a high school freshman.

“They had one full shelf of play scripts. It was everything from Shakespeare to those silly British sex farces and modern dramas, and I read the whole shelf,” she said. Her fascination with all kinds of plays caught the attention of her classmates.

After graduation, she taught classes around the country, from Michigan to New York and Los Angeles before finally settling into a costume-design position at Stephens College creating costumes for the theater department.

The role of a costume designer can be overlooked, she noted, but it’s important for establishing setting and character motivation.

Some of her favorite designs were made for Shakespearean plays and English Restoration comedies, set in Europe between 1660 and 1710.

“I like all the really elaborate period styles from Greek to the turn of the 19th century,” Doyle said.

The impact she made on Stephens College is still felt.

Rob Doyen, Stephens College program coordinator for theater, was an acting student when Doyle began teaching at Stephens College in 1968. Many of Doyle’s costumes are still in use today, he said..

“The inventory of costumes we have over there... Patti built that inventory,” Doyen said.

Michael Burke, director of production for the Stephens College School of Creative and Performing Arts, met Doyle as a student in 1984 at Stephens’ Okoboji Summer Theatre in Iowa. He remembers Doyle joining weekly Shakespeare readings and offering her expertise.

“One of my favorite things about Patti is she’s always stayed creative,” Burke said.

That creativity persists today. She makes jewelry for her booth at the Artlandish Gallery and miniature displays. A goal of her retirement was to maintain her artistic spirit and curiosity.

“I am an artist. I want to stay an artist. I am a historian. I still want to connect with history,” Doyle said.

Her connection to theater has moved into the world through all of her students. From the kindergarten teacher who thanked Doyle for “making” her learn to sew to the designer costuming in Brooklyn, Doyle said she is delighted by her interactions with former students.

She is also happy to help current students at Osher relive old memories as they learn why we wear clothes. “I like people to interrupt and say ‘Hey, I remember when my girlfriend used to wear that, and she was so cool!’” Doyle said.

She misses working with young people in the theater but said she enjoys the freedom to keep herself busy during retirement.

“That’s the nice thing about retirement,” she said. “You get to choose what you do.”

Hickman High School started their band camp July 22, with practice sessions being held on their field. Players were separated into several groups to maintain social distancing during the sessions.