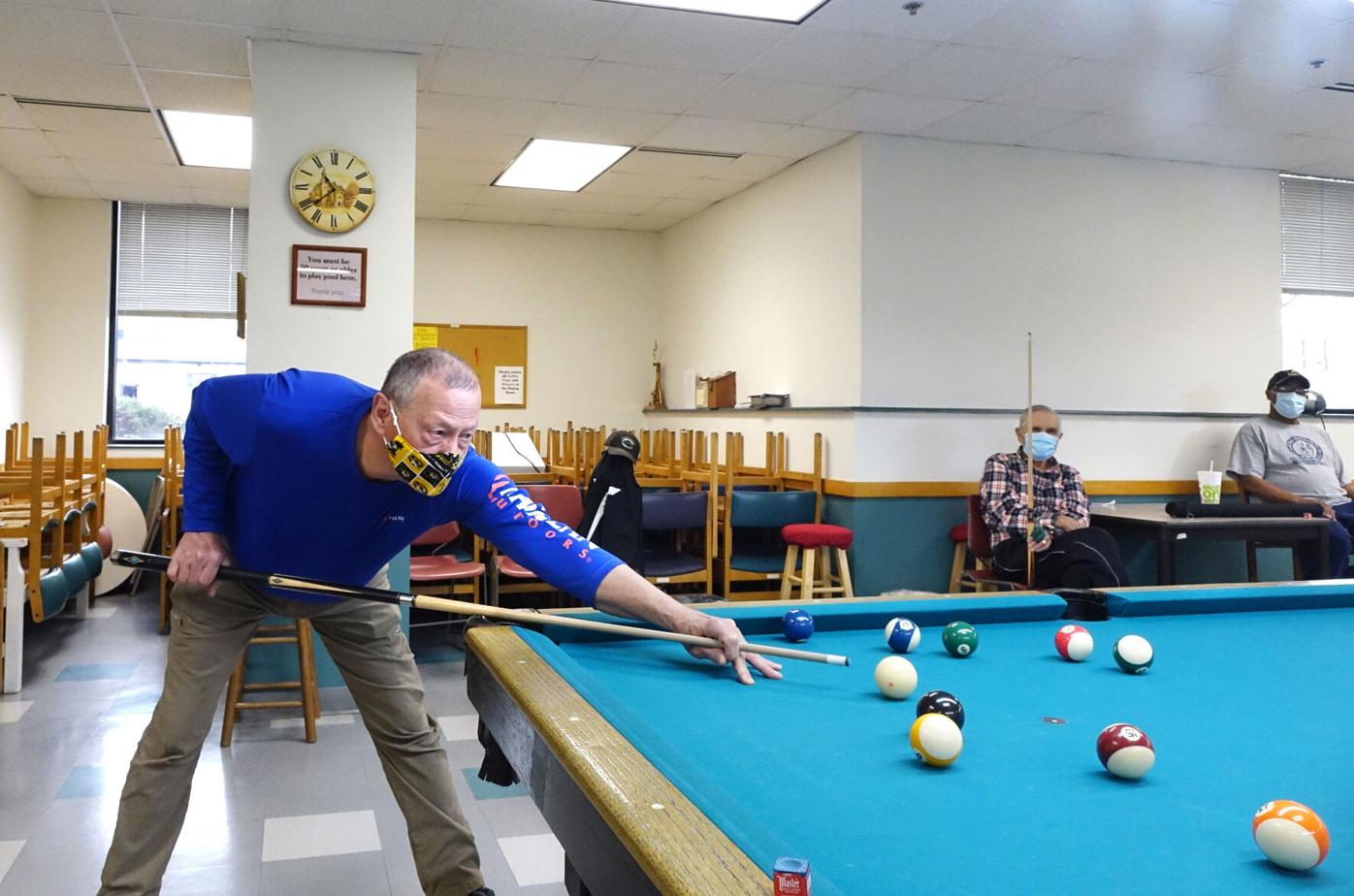 Rusty Bell focuses on the cue ball while playing pool at the Senior Center in Columbia. 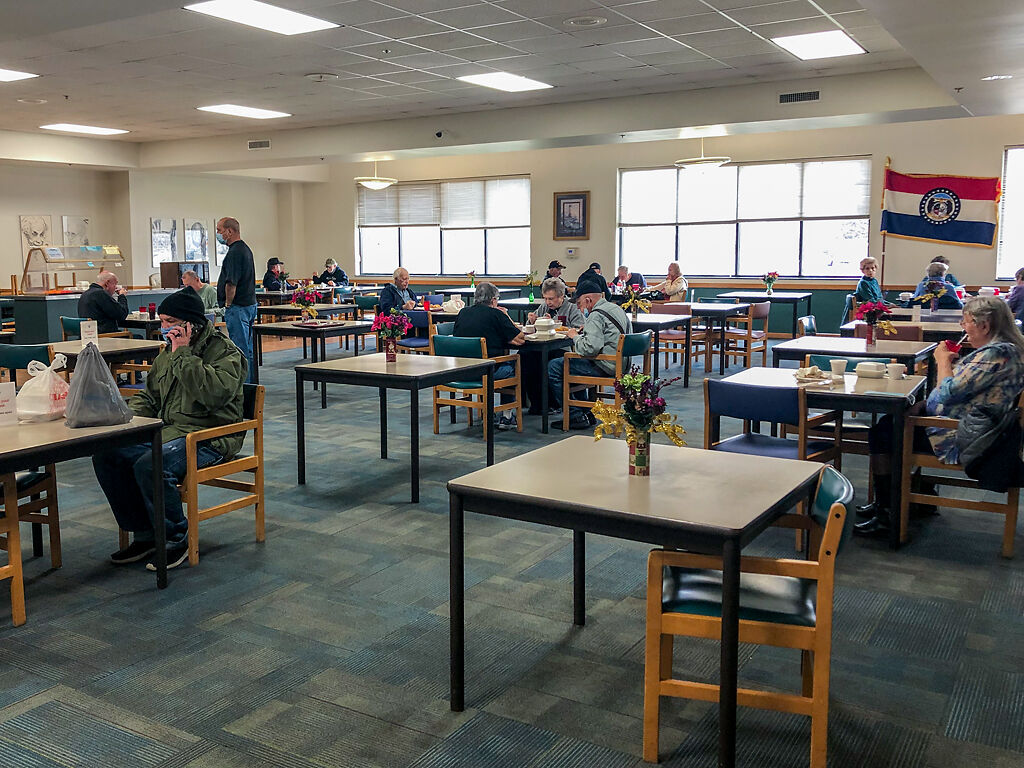 Rusty Bell focuses on the cue ball while playing pool at the Senior Center in Columbia.

Before retiring five years ago, Rusty Bell was only familiar with the parking lot at the Columbia Senior Activity Center.

A couple of times each week, he drove his mother to the center to eat lunch and chat with other seniors. Bell knew his mother looked forward to the social opportunity.

After he retired in 2015, Bell began to drive himself to the center.

Initially, it offered a place for him to spend time at a pool table. One year later, he joined the staff and is now an integral part of the lunch program and valued member of the not-for-profit center’s board.

Bell, 73, organizes and directs the volunteers who serve lunch to seniors five days a week. Yet scheduling the lunch shifts around the conflicts in everyone’s life has become “almost a full-time job” for Bell. He often jumps in to serve as well.

“We’re getting [the seniors] out of the house, they’re doing something and they’re having fun,” Bell said.

As assistant treasurer of the center’s board of directors, Bell also manages the finances and the contractors who make repairs, clear snow from the parking lot and perform other maintenance duties.

Bell’s commitment, along with the contributions of other volunteers, creates an environment where older adults can make meaningful connections with others in their community.

Bell’s dedication has not gone unnoticed by other members of the board. Board President Lee Weinreich said he is grateful for Bell’s ability to anticipate potential problems and solve them before they come to fruition. He described Bell as personable and attentive, watching over the seniors as if they were family.

“He knows most of the county by first name,” Weinreich said.

Bell’s wife, Cindy, also recognizes her husband’s dedication. He has inspired her to join the volunteer lunch crew.

“He is the most genuine, positive, true person of anyone I know,” she said. “I mean, he’s the love of my life, what can I say?”

Five days a week, Bell arrives at the center on Business Loop 70 East at 8 a.m. to begin lunch preparations. This includes talking to the cafeteria chef, checking in with other volunteers and serving meals.

During downtime, he sneaks in a game of pool. After lunch is served, he heads home around 1:30 p.m.

Serving the public gives Bell a sense of personal satisfaction, but he said he also acknowledges the benefit of close relationships to his own well-being.

“I felt I could help the senior center, and it would help me as well,” he said.

Bell grew up in Harrisburg and enrolled at MU as an education major in 1965. After one year, he decided to enlist in the U.S. Air Force.

He served from 1966 to 1970 in Vietnam, then moved back to Columbia to finish his education degree, graduating in 1973. Taking a detour, he decided to pursue insurance instead and worked for the Columbia Insurance Group for 35 years before he retired.

When he’s not volunteering, Bell said he likes to work out and travel with his wife to Mexico, Colorado and other destinations.

Since the onset of the COVID-19 pandemic, the senior center has experienced its own sense of loss. The center shut down for over two months when the country went on lockdown, and it was evident to Bell and other volunteers that the seniors yearned for the day they could return.

Along with strict restrictions and a loss of funding, the center is also dealing with an elderly population that is at a significantly higher risk. Over just a few months, 13 seniors who attended the center have died, although it may or may not be COVID-related.

The emotional impact was significant, and it reminded Bell of the strength of the relationships formed at the senior center.

“You hate to lose your friends,” he said.

After witnessing how much the seniors missed the center when it was closed, he returned shortly after it reopened.

Laughter now bellows down the hallways and even face masks cannot hide the smile on the faces of seniors and volunteers alike. In addition to the lunch program and pool tables, the center has a gift shop, line-dance lessons, a library and craft activities.