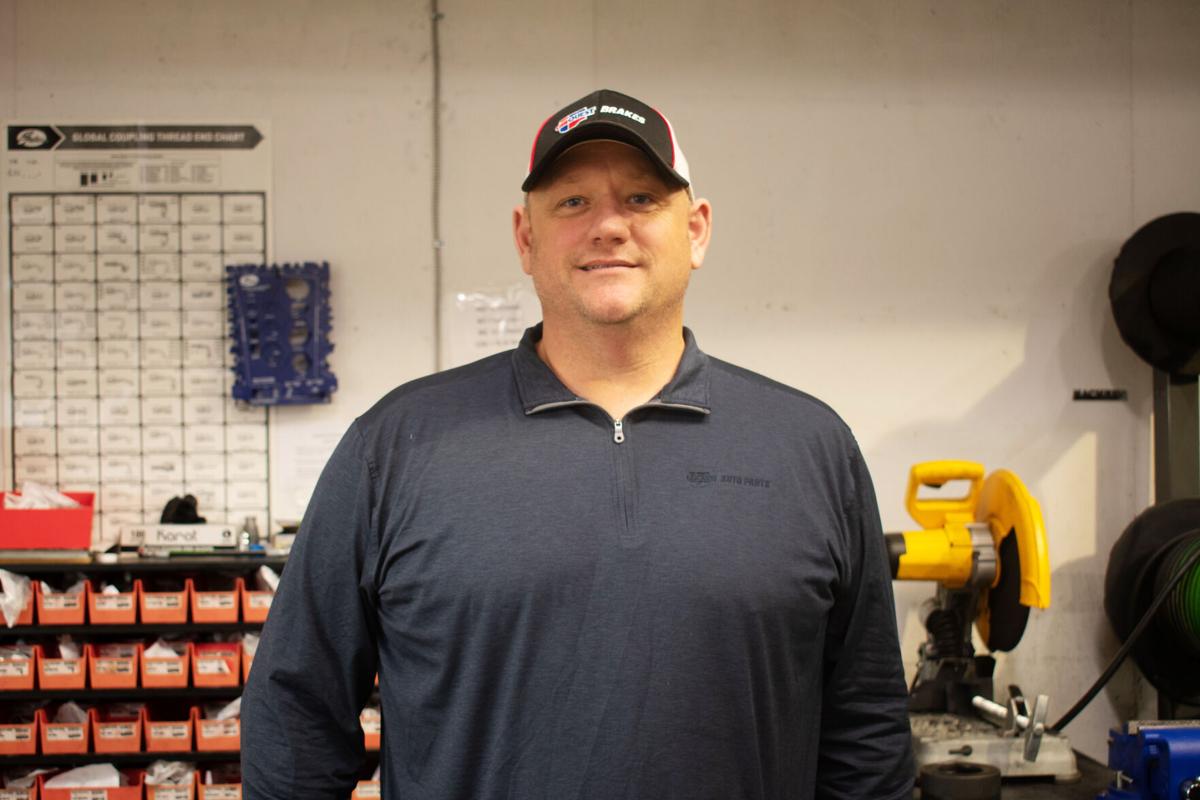 Donald “Donnie” Sanford, co-owner of Carquest Auto Parts, stands near his workbench in Ashland. Sanford served in the U.S. Army and the U.S. National Guard for a combined total of 20 years. 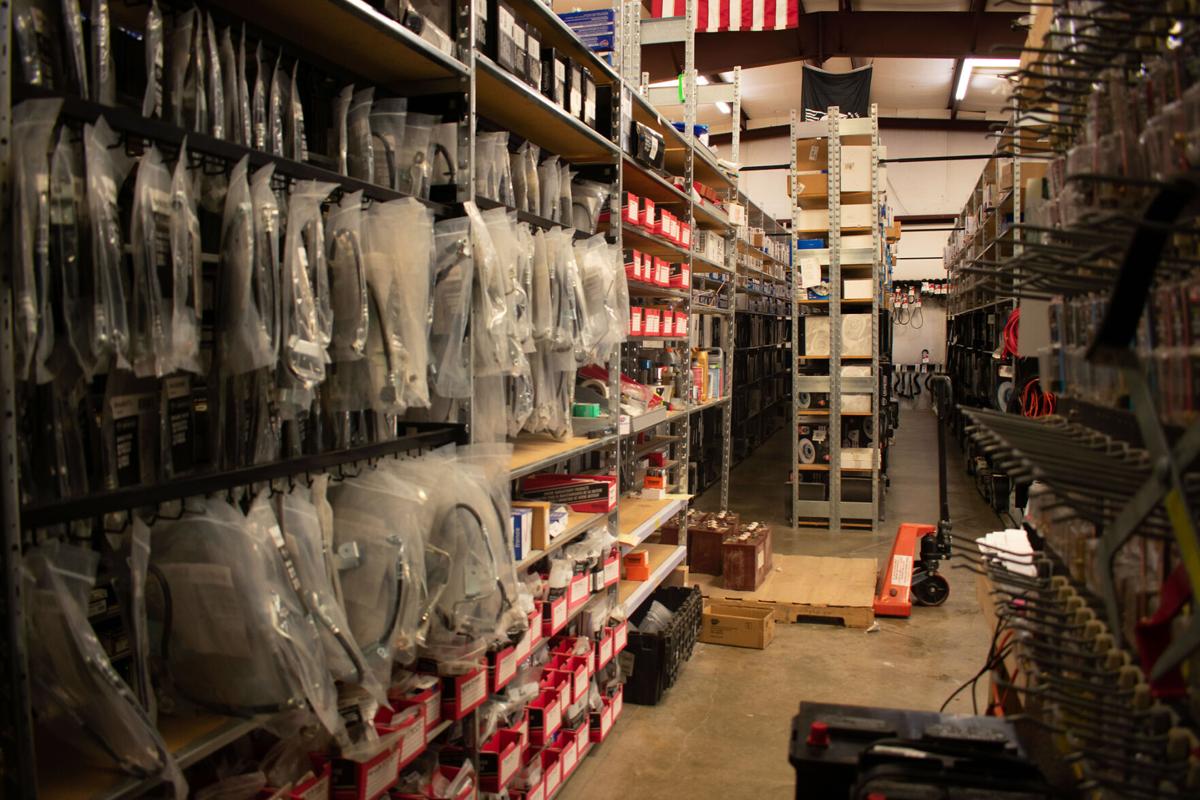 Customers’ orders line the shelves at Carquest Auto Parts in Ashland. Inventory and orders are stored in the back. 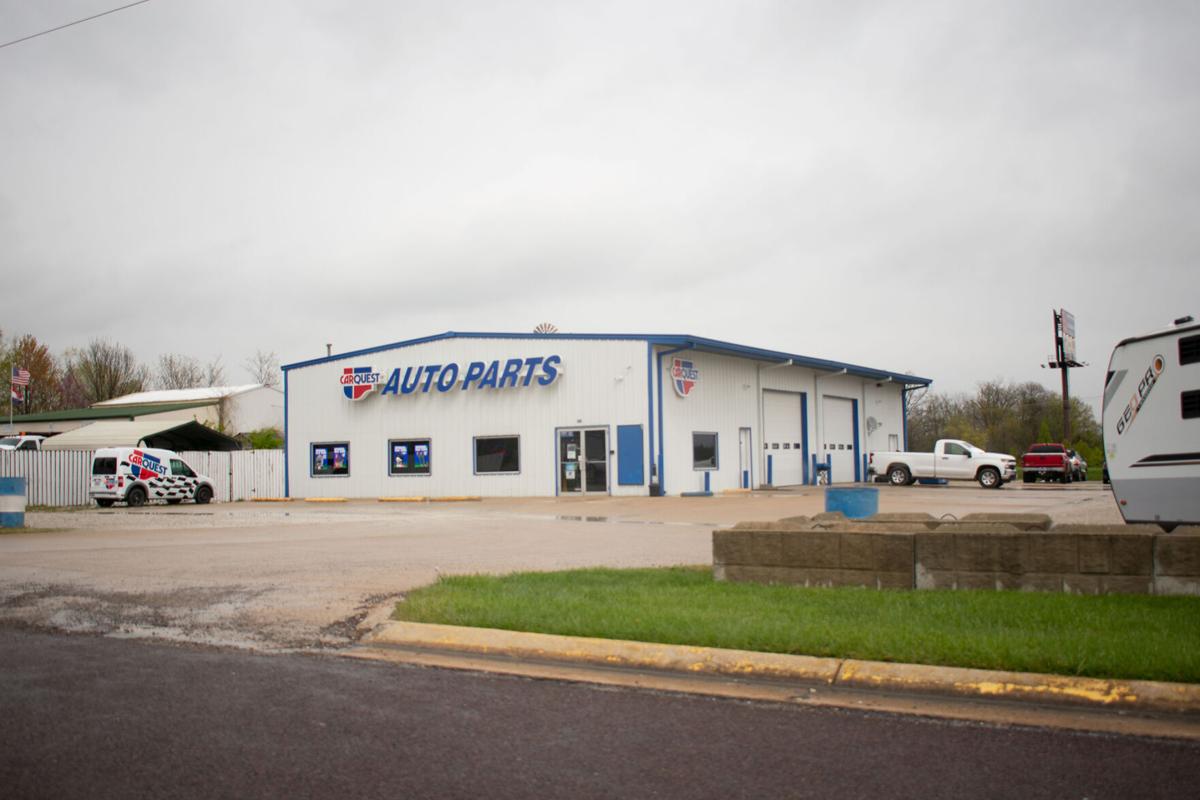 Carquest Auto Parts is located just off of U.S. 63 in Ashland.

Donald “Donnie” Sanford, co-owner of Carquest Auto Parts, stands near his workbench in Ashland. Sanford served in the U.S. Army and the U.S. National Guard for a combined total of 20 years.

Customers’ orders line the shelves at Carquest Auto Parts in Ashland. Inventory and orders are stored in the back.

Carquest Auto Parts is located just off of U.S. 63 in Ashland.

Donald “Donnie” Sanford always knew he wanted to bank his future on two things: cars and the military.

But after spending nine years in active duty with the U.S. Army, he felt lost and without a sense of direction.

“There’s not much call for move, shoot and communicate in a civilian world,” he said.

In time, Sanford made a career pursuing the other option. He opened a car lot under his own name while serving an additional 11 years in the Missouri National Guard.

Today, Sanford has moved on and is co-owner of a Carquest Auto Parts store in Ashland with his wife, Tara.

Carquest is a national franchise, with each location independently owned. The shop sells a wide variety of parts for vehicles and farm equipment, from window wipers and car accessories to brake pads and hydraulic hoses.

Sanford is Automotive Service Excellence certified, and two of his employees are in the process of receiving their certifications to ensure the store offers professional knowledge about the service it provides.

“I want professional people that really know what they’re doing and have taken the extra step to hone their craft,” Sanford said.

Join the Army, see the world

When he joined the Army at age 20, he was determined to see the world. After joining, he had a choice: to be stationed in Kansas or Korea. He chose Korea and lived there for a year.

“I’ve always been really fascinated by being around other cultures,” he said. He later served as a tank commander in Iraq and was stationed at Fort Lewis in Washington.

When he left the Army, he was 30, divorced from his first wife and selling cars at a friend’s dealership in Columbia. Eventually, he realized he preferred working for himself, so he went to college to earn a business degree.

He then obtained his dealership license, and in 2007, he opened Sanford Motor Co. in Clarence. The used-car dealership operated from an empty lot and a drop shed.

Around the same time, Sanford joined the National Guard to continue his service and receive tuition assistance to enroll at Columbia College.

Because he was pursuing a business degree, he decided to work in human resources for the National Guard, thinking it would help his future endeavors.

He said he often draws on that experience to this day when communicating with customers and employees at Carquest.

The car lot in Clarence was doing fairly well financially, and Sanford still looks back at the experience fondly. But he was forced to close the shop permanently when he was deployed to Tel Aviv, Israel.

He lived in Israel for a year and finished his degree overseas. He later spent time with the National Guard in Egypt.

“The hardest part of being in the military is being away from your family,” he noted.

Retire and find a new direction

By 2014, after 20 years of service, it was time for Sanford to retire completely from the military. He had recently moved to Ashland and realized the town was in desperate need of its own car parts store.

To ensure the success of the shop he planned to open, he needed to make it a priority with no significant distractions.

“Last time I had a business, I got deployed and it was awful. I made the decision that if I want to do this, this is what I’m doing. And then I just went ahead and put my retirement in,” he said.

Sanford applied to every car parts franchise he knew, hoping to set up shop in Ashland. Nearly every business rejected his proposal, thinking the town wasn’t big enough to support an auto parts store.

Sanford eventually convinced a representative from the Carquest franchise to come to Ashland, showed him the community and outlined its projected growth. He cashed out all of his existing capital, and on March 1, 2018, he opened the only auto parts store in town.

“I’ve been really blessed,” Sanford said. “It hasn’t been an easy streak by any means, but the shops and businesses in town have really supported me.”

In a matter of months, the business began to show signs of success. Sanford’s wife quit her job at Veterans United to assume her role as co-owner of the shop.

Work together, divide the load

Together, the two evenly divide the workload. While Sanford mainly focuses on day-to-day sales within the store, his wife manages accounts, inventory and paperwork. Both will often drive delivery trucks for the business on short-handed days.

“Everybody is always like, ‘It’s hard to work with your spouse,’ but it’s not. We see each other but kind of do our own thing,” Tara Sanford said. “It doesn’t feel like a job. They always said it’s not a job if you like what you do.”

Despite the pandemic, the pair report consistent growth in sales over the last three years. Although they had to trim store hours for a period of time, they have been able to maintain a staff of eight without letting anyone go. Last month, Carquest Ashland had the best month of sales to date.

Sanford said he values helping customers find what they need for their automotive projects. He said he’d rather make a profit on returning customers than score large one-time purchases.

“I feel like I’m providing that service to customers,” he said. “I really do believe in karma. I would have a hard time sleeping at night if I felt like I just sold somebody something to sell it to them.”

Carquest still faces competition from major distributors like Amazon, and Tara Sanford talks about the difficulty of gaining a wider local recognition despite widespread advertising.

There are plans to start a second store in another location, likely south of Jefferson City.

“For Donnie and I, this is like a mom and pop shop. It’s dependent on our community for us to succeed,” she said.

Who: Donnie and Tara Sanford

The flights, which have paused because of the COVID-19 pandemic, are scheduled to resume later this year.