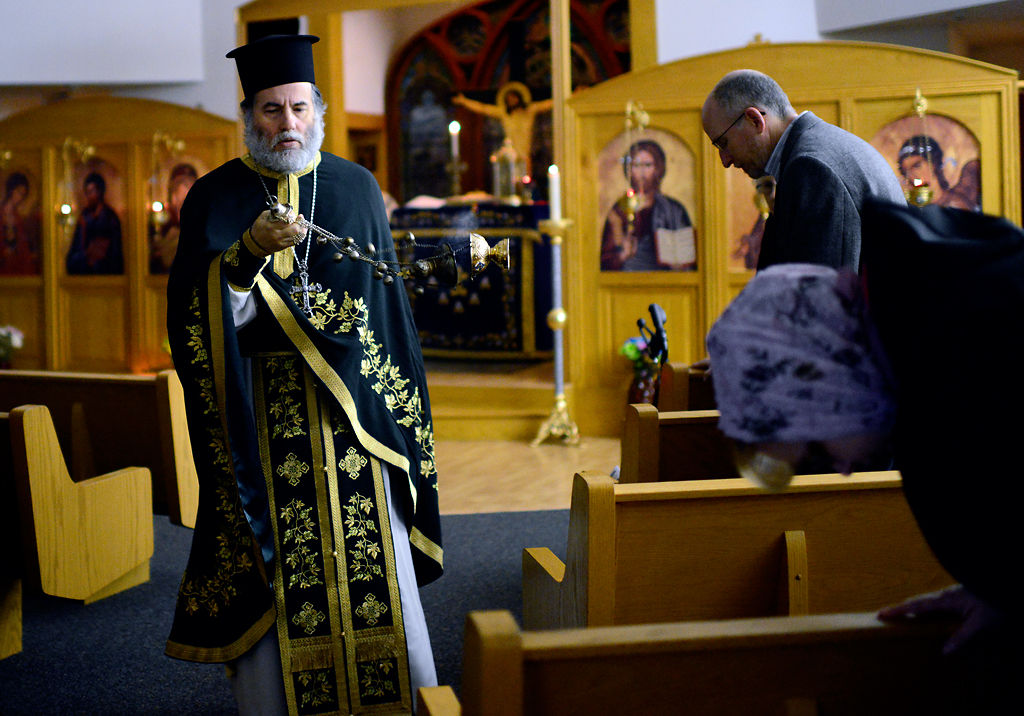 Fr. Michael Monos swings a thurible full of incense during the Matins service at St. Luke Orthodox Church on Sunday. 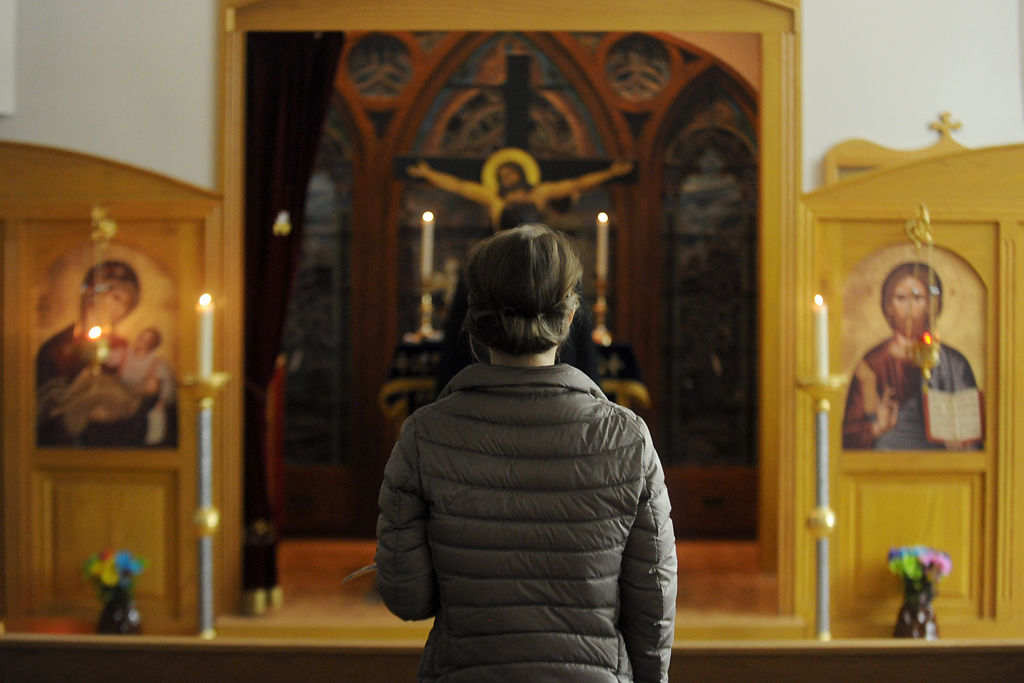 Kahlee Andresen prays before the altar at St. Luke Orthodox Church during Matins service on Sunday. Members of this Orthodox church who are of Russian and Ukrainian descent worship together in harmony despite their countries' conflicts. 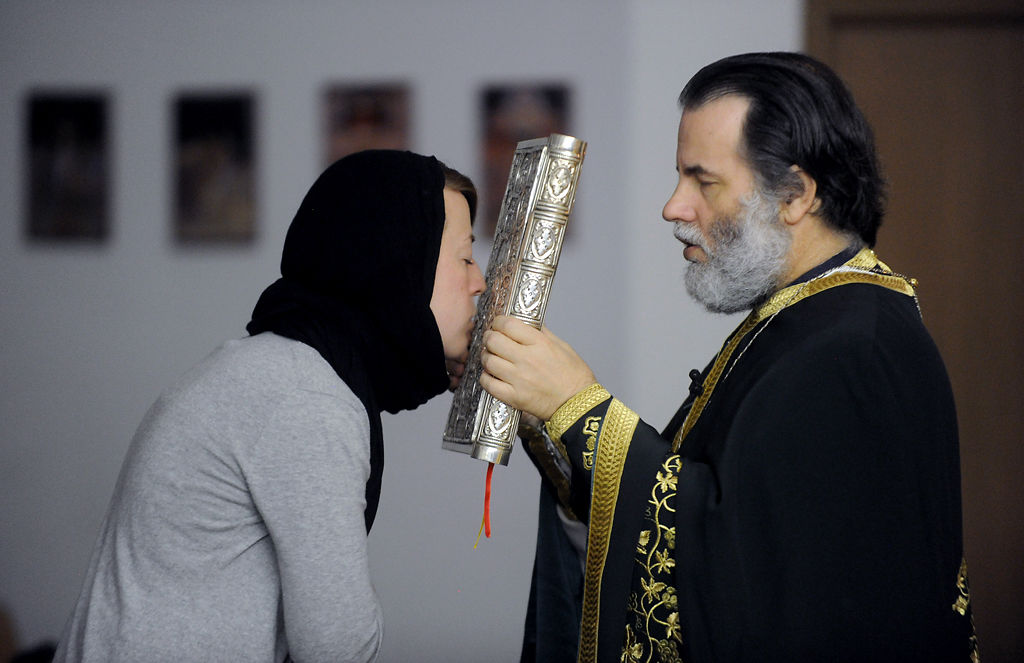 Abby Price, a teacher for Columbia Public Schools, kisses the gospel held by Fr. Michael Monos during Matins service at St. Luke Orthodox Church on Sunday. Members of this Orthodox church who are of Russian and Ukrainian descent worship together in harmony despite their countries' conflicts. 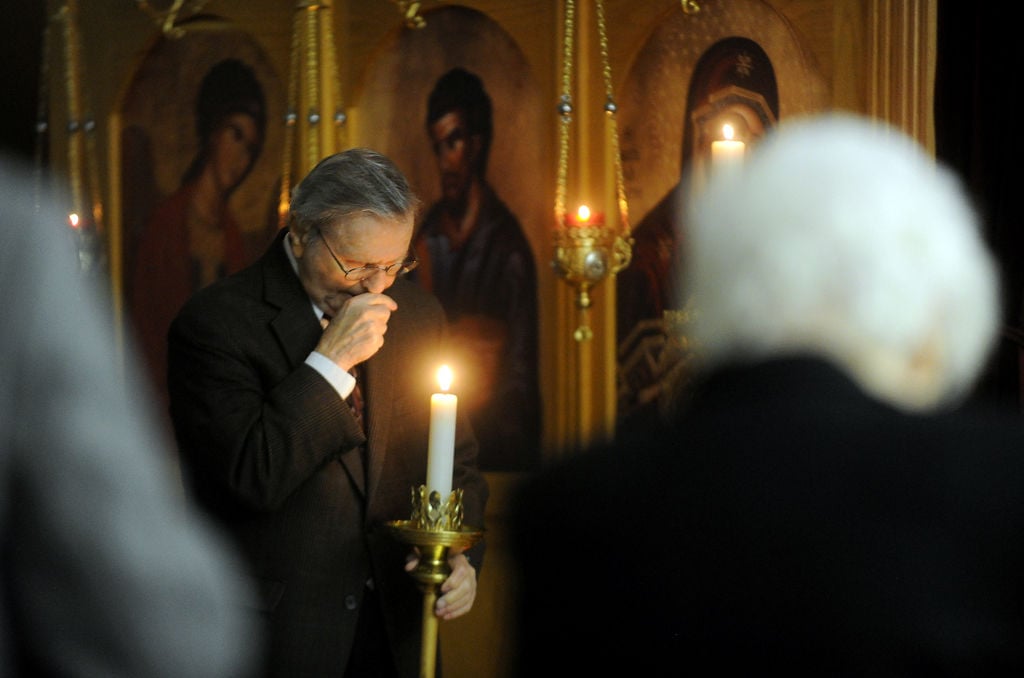 Socretes Monos bows his head in prayer during the reading of the gospel at Matins service at St. Luke Orthodox Church on Sunday. Monos' son, Fr. Michael, is the priest of St. Luke's Parish and his grandson, Matthew, is an altar assistant. 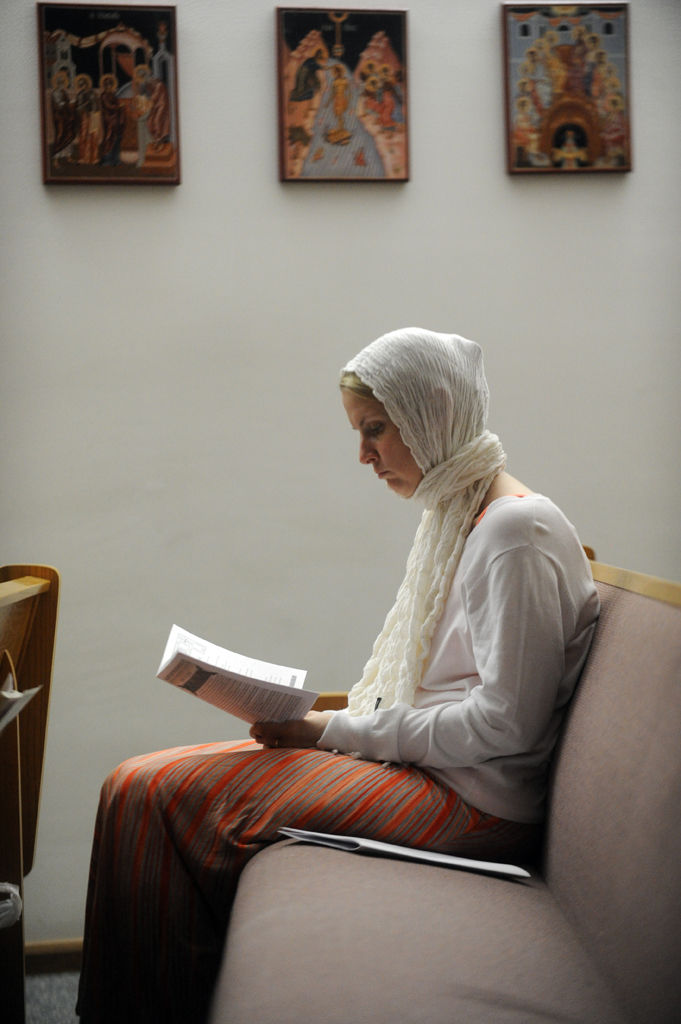 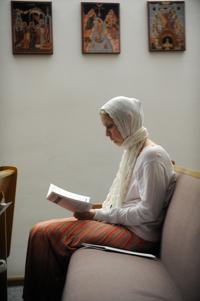 Rebecca Windle reads along during Matins service at St. Luke Orthodox Church on Sunday. Windle has been attending St. Luke's for about two years.

Fr. Michael Monos swings a thurible full of incense during the Matins service at St. Luke Orthodox Church on Sunday.

Rebecca Windle reads along during Matins service at St. Luke Orthodox Church on Sunday. Windle has been attending St. Luke's for about two years.

Columbia — At Columbia’s only Orthodox church, the pews are filled every weekend — and most weekdays as well — with a mix of nationalities including Greek, Russian, Romanian, Ukrainian, Egyptian, Eritrean and American. Some of the worshippers grew up in Columbia, while others are recent immigrants to the United States.

“We have the evangelical duty to preach the gospel and welcome anybody who seeks the truth," Monos said.

Although the church is within the Greek tradition, the diversity of its membership is more pronounced because it is the only Orthodox church in Columbia, Monos said.

The spiritual leader of Eastern Orthodoxy is called a patriarch, rather than a pope, which separates it from the Roman Catholic Church. The patriarch is the highest-ranking bishop, and each church is typically governed by a Holy Synod.

Geographically, most Eastern Orthodox Christians live in Greece, Eastern Europe, Russia and former Byzantine regions around the Middle East and the eastern Mediterranean.

While there are no modifications to the service at St. Luke Greek Orthodox Church to accommodate various languages and traditions, Monos said some portions are repeated to include every worshiper’s background.

“People learn to pray first in their native language," he said. "It’s the most comfortable for people who are from different languages and backgrounds.”

When the time comes in the service to say the Lord’s Prayer the congregation can be heard reciting in English and in unison. It is always followed by a second recitation in Greek.

Afterward, families or groups are welcome to repeat the prayer in their native language. Each group pops in after the other, leading the congregation through the prayer for a third, fourthand fifth time or more.

On any given day it can be heard in Arabic, Romanian, Russian, Ukrainian, Tigrinya (a common language in Eritrea) and other languages.

“After baptism they’re all equal and in equal standing within the church,” Monos said. “They are the same race... the race of Christ.”

Our Father, who art in heaven, Hallowed be thy Name. Thy kingdom come. Thy will be done, On earth as it is in heaven. Give us this day our daily bread. And forgive us our trespasses, As we forgive those who trespass against us. And lead us not into temptation, But deliver us from evil. For thine is the kingdom, and the power, and the glory, for ever and ever. Amen.