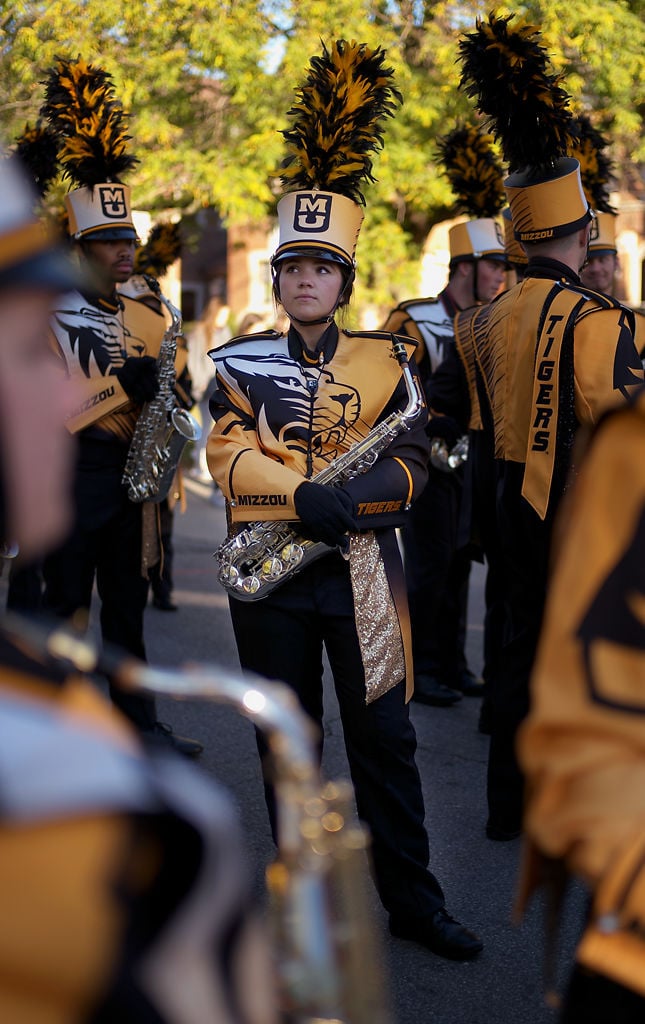 Keisha Rush, MU junior and saxophonist for Marching Mizzou, waits for the start of the 2018 Homecoming parade while sporting the band’s new uniforms. 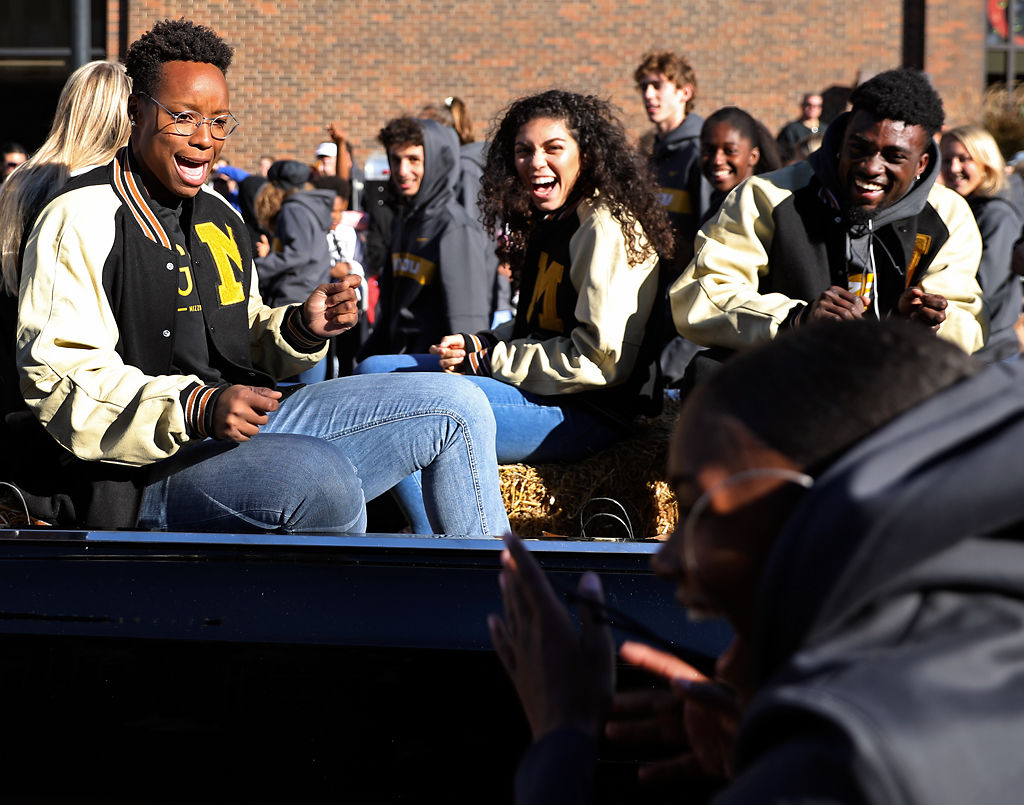 Gabi Jacobs, left, cheers on MU track and field members as they dance together while marching on Broadway for the Homecoming parade in 2018. The track and field team continued to dance and sing with the audience during the parade.

Keisha Rush, MU junior and saxophonist for Marching Mizzou, waits for the start of the 2018 Homecoming parade while sporting the band’s new uniforms.

Gabi Jacobs, left, cheers on MU track and field members as they dance together while marching on Broadway for the Homecoming parade in 2018. The track and field team continued to dance and sing with the audience during the parade.

The Homecoming parade is back this year after being canceled last fall during the pandemic.

This year’s parade will start in Greek Town and end in downtown Columbia on Saturday morning, Oct. 9. It will follow the same route as it did in 2019, Homecoming Tri-director Jackson Ptasienski said.

After it starts in Greektown, the parade will head east on Rollins Street and make a left turn on Hitt Street.

Passing Memorial Union, the floats and bands will then turn left on University Avenue and make their way up Ninth Street.

From there, the parade will go west on Broadway until reaching Fifth Street, marking the end of the route.

A new feature of this year’s parade will be an improved livestream option in an effort to make the event more accessible and engaging. The livestream will be available on the Mizzou Alumni Association Facebook and Youtube.

“We are trying to target students, alumni and everything in between who can’t come back to Columbia for Homecoming,” Ptasienski said.

Approximately 150 floats are expected this year in the parade, with 31 entries from community organizations.

Floats of varying categories will compete against each other to be scored by a panel of judges.

The floats will be judged based on originality and creativity, general appearance, spirit and incorporation of themes. All organizations constructing a float must include Truman the Tiger and this year’s theme, which is video games.

A total of 13 marching bands are expected to perform in the parade, including Marching Mizzou.

Zach Turner, a trumpet player for Marching Mizzou, said he is excited to march in the parade once again.

“It’s very easy to take these things for granted when you are tired and want to do something else, but not being able to do it last year just really showed us, I think, how much it means to us.”

Three marching bands from Columbia’s high schools will be marching as well, including Battle, Hickman, and Rock Bridge high schools. The marching band that will be traveling the farthest to participate is Cameron R-1 High School from Cameron, about 150 miles away.

The parade is typically the largest Homecoming event based on attendance, Ptasienski said. Everyone participating and spectating is expected to follow campus and city guidelines to limit the spread of COVID-19.

“The parade is the largest event,” Ptasienski said. “It’s about 50,000-plus, which I’m sure we’ll hit again this year with the anticipation for Homecoming and how excited everybody is.”

For those attending the parade, wearing a face mask will not be a requirement. The Homecoming Steering Committee will continue to track COVID-19 cases in Columbia, but for now, city and campus guidelines will be in place.

“We are encouraging everyone to get vaccinated and wear masks when they aren’t able to social distance,” Ptasienski said.

Get involved with Homecoming by decorating the windows of downtown Columbia businesses.