The Big Cheeze: The Big Cheeze is now under new owners, but customers can still expect Big Cheeze classics, including the Pig Mac — a pulled pork sandwich with Swiss and pepper jack cheeses, mac ‘n cheese and caramelized onions.

Dippin’ Dots: The Dippin’ Dots truck will have its signature beaded ice cream available for purchase.

Ozark Mountain Biscuit Co.: The biscuit truck will stay true to its namesake with a menu that includes — but is not limited to — Cajun catfish and the Fredericks-Burger. The catfish comes with a kale slaw, pickled red onions and remoulade on a biscuit. The Fredericks-Burger comes with the choice of a beef or veggie patty with Vidalia onions, zucchini pickles and smoked cheddar. 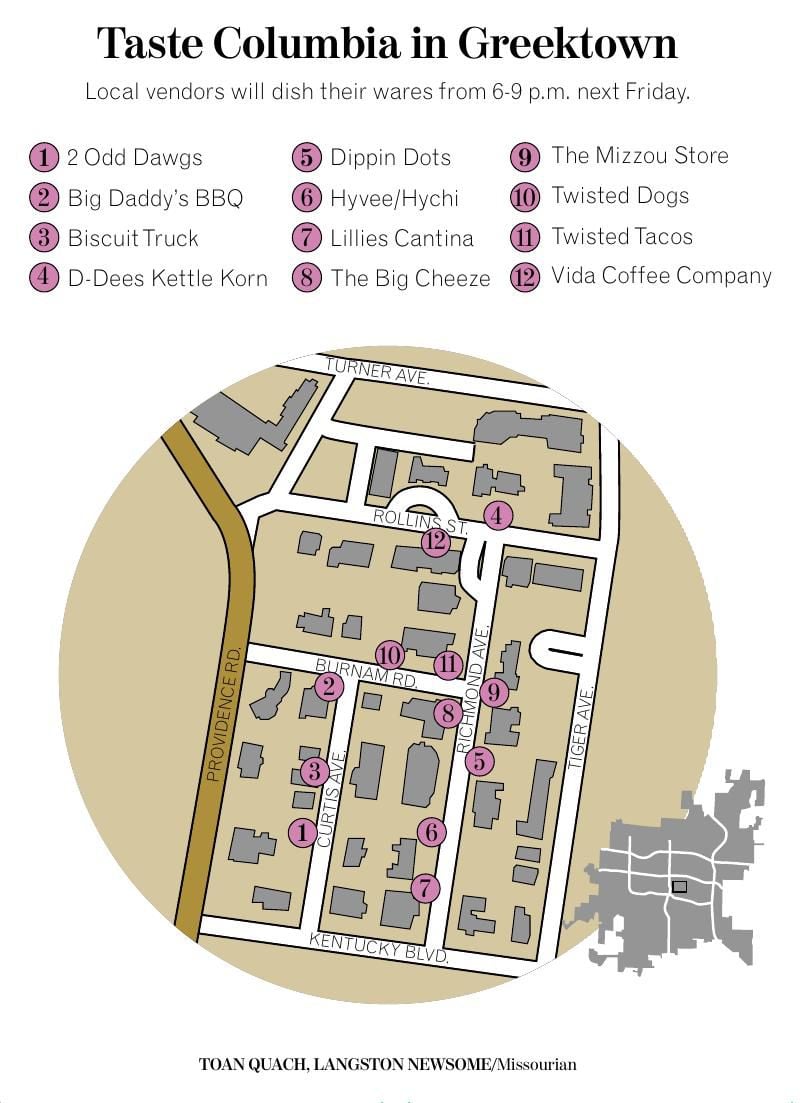