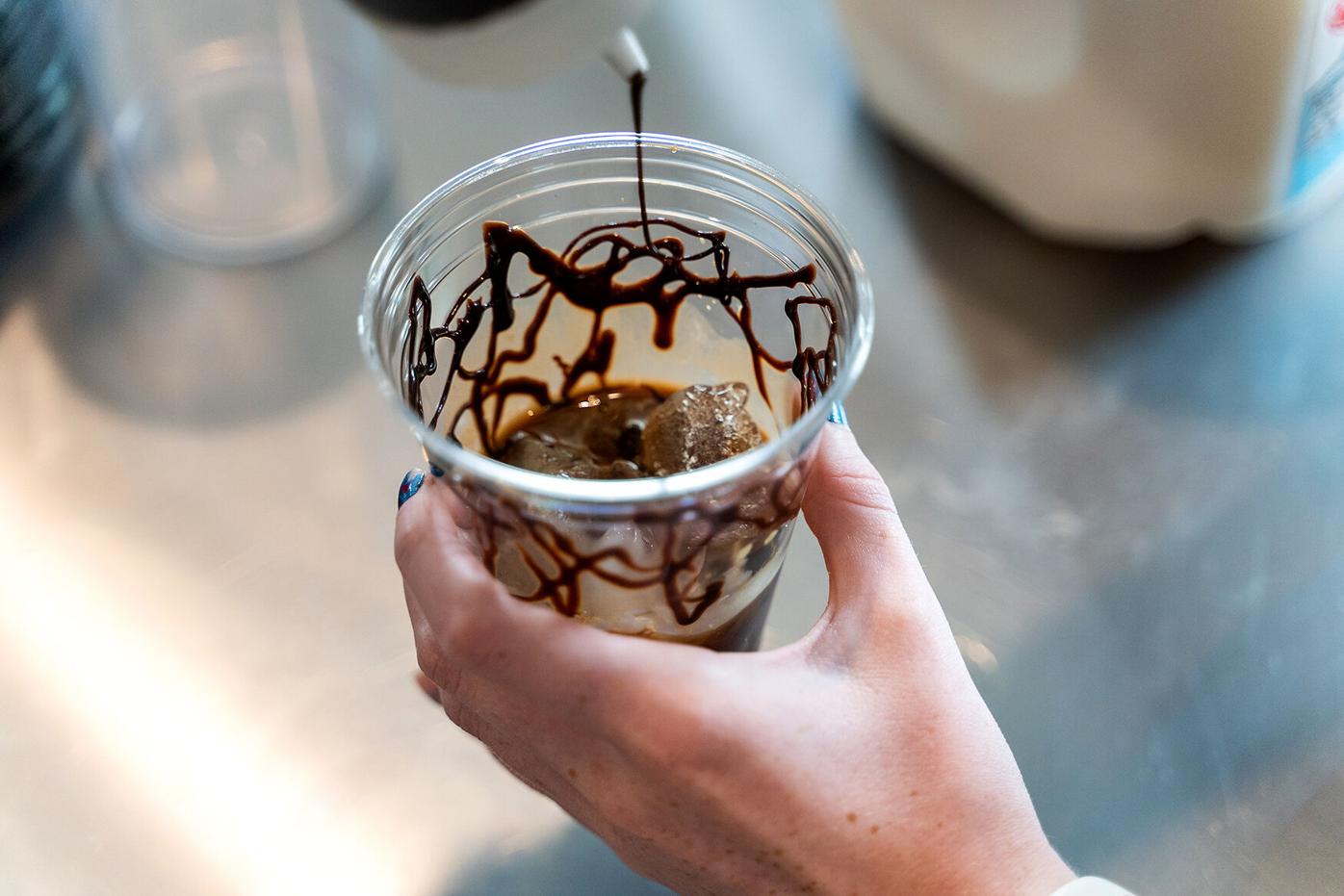 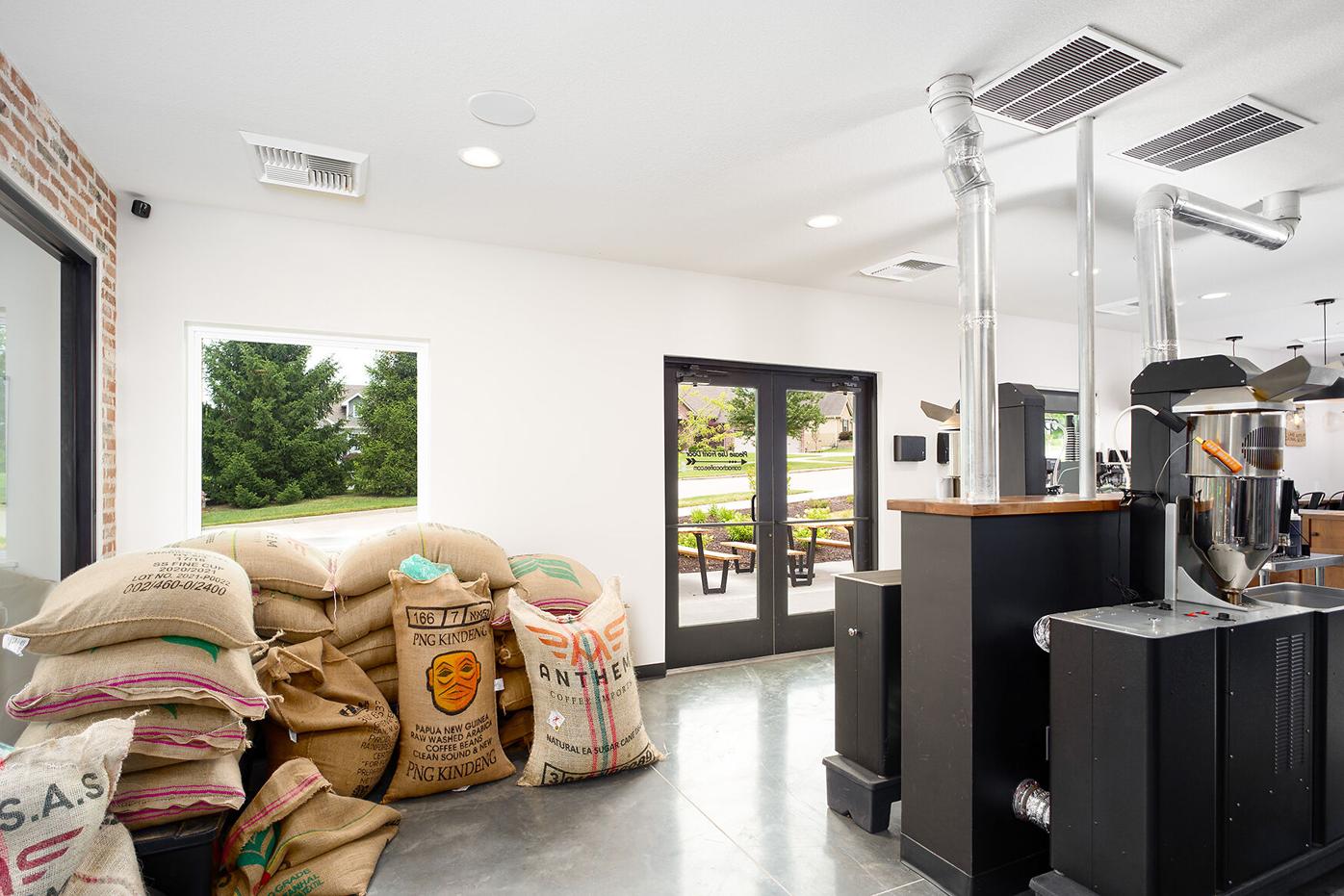 Inside of Camacho Coffee’s lobby, courtesy of Byler Media

Inside of Camacho Coffee’s lobby, courtesy of Byler Media

When Megan Walters developed an allergy to coffee because of its high acidic levels, her husband, Jesse, began thinking of a way to make coffee she could drink.

That led the Walters to establish Camacho Coffee, a startup business in Columbia that air roasts organic, ethically sourced beans to achieve coffee with a smooth, low acidic taste.

All of the beans come from an importer in Kansas City who works directly with coffee farmers in several countries, from Kenya to Brazil. Once roasted in house, the beans supply both a wholesale coffee operation and a retail coffee shop.

Initially, the wholesale operation involved a lot of direct contact — knocking on the doors of local businesses to get Camacho Coffee on the shelves. Slowly but steadily, the number accumulated.

The shop on Frontgate Drive off Scott Boulevard is the heart of the business, where the beans are roasted and the coffee is served.

“I manage the cafe: Hiring, scheduling and overall growth of the business,” Jesse Walters said. I have a great team in place that is there doing the day-to-day tasks.”

On an average day, Walters grinds the coffee to distribute grocery stores or cafes. He then hands it off to his baristas.

“My baristas are also the baggers,” he said. “So they’ll be bagging coffee for me (during) slow times with the cafe.”

Camacho Coffee uses an air roasting technique for the beans, which is faster, cleaner and easier to use to duplicate batch after batch.

“Compared to a drum roaster, which is a heated chamber that tumbles the beans (similar to a cement truck), an air roaster forces hot air from the bottom of the chamber up through the beams to ‘loft’ them into the air,” Walters said.

Each bean floats in this vortex to be roasted at a consistent temperature. As the beans roast, they crack until the chaff outside of the bean is blown into a collector chamber. Once the beans reach the desired time and temperature in the roaster, they are systematically cooled to avoid a change in quality and aroma.

This process gives Camacho more control over the roast and allows the business to achieve consistent quality, Walters said.

When Megan Walters discovered she was averse to regular coffee, her husband decided to get to the bottom of it. The culprit was the acid in the drink that gave her an upset stomach.

“I started researching it more and found that cold brew helps,” her husband said.

He started making cold brew at home but didn’t like the taste. So he decided to air roast the beans at home using a popcorn machine.

Walters’ first efforts filled the house with smoke, but as he got better, the taste improved and his wife was able to drink it.

While working to perfect his cold brew technique by roasting beans at home, he was working at Columbia College in business development.

But before making the leap to invest in his own business, he wanted to see if people actually liked the coffee.

“I met a lot of people around town just through my job,” he said. “If I found it appropriate, I’d just hand them like a bag of beans that were roasted.”

After a month of seeking feedback, he got a call from a local cafe asking whether he’d be interested in becoming its coffee provider.

Once they had the license, the Walters needed a place to conduct their business. They started with a space in the corner of a warehouse on Big Bear Boulevard on the north side of town, covering the rent with bags of coffee beans.

Four years later, they opened the storefront on Frontgate Drive and set out to make Camacho “an underground coffee roaster.”

“I was literally just walking into doors, handing out free coffee samples to everybody until people started buying it,” he said.

As Camacho grew, the Walters have maintained the practice of handing out free coffee as a way to establish more clientele, finding the face-to-face interaction a beneficial business strategy.

In the coffee shop, the employees have a hand in a lot of the operations and say they enjoy working there.

Abigail Reazer has a hand in nearly everything at the coffee shop, from roasting the beans to bagging, grinding and making drinks.

“I really love the environment, and I really love my bosses a lot,” said Reazer, who has been working at Camacho since February. “They’re just very personable, very awesome people, very involved in the community.”

Camacho Coffee’s first customer, Anna Meyer, knew Jesse Walters before his business venture began. They met through One Million Cups, a startup community of entrepreneurs who get together weekly.

“We just had made some connections together, and he told me that he was starting a coffee business,” Meyers said. “I was interested in trying it out, and it just snowballed from there.”

She owns Range Free, an allergen-friendly bakery and cafe in Columbia that uses beans from Camacho Coffee.

“They will probably always be my house roaster, just because of the relationship we’ve built,” Meyers said.

She likes that the Walters shift some of their proceeds back to the community.

“That’s really important for me,” she said. “I do the same thing with my business, and that’s probably one of the biggest reasons that I’ve stayed with them for so long.”

Every quarter, Camacho Coffee gives 10% of the profits to local organizations around Missouri. The Walters have provided several Columbia elementary schools with needed supplies, for example.

“We don’t really want to just write a check and just hand it over,” Megan Walters said. “We also wanted to save them time and resources.”

Camacho Coffee is open to all kinds of future possibilities. Jesse Walters said he would love to get his coffee in grocery stores outside of mid-Missouri.

“If there’s a big opportunity here in the retail side, I’m definitely going to see that through, as well,” he said. “But I might do both. Why not?”

Who: Megan and Jesse Walters