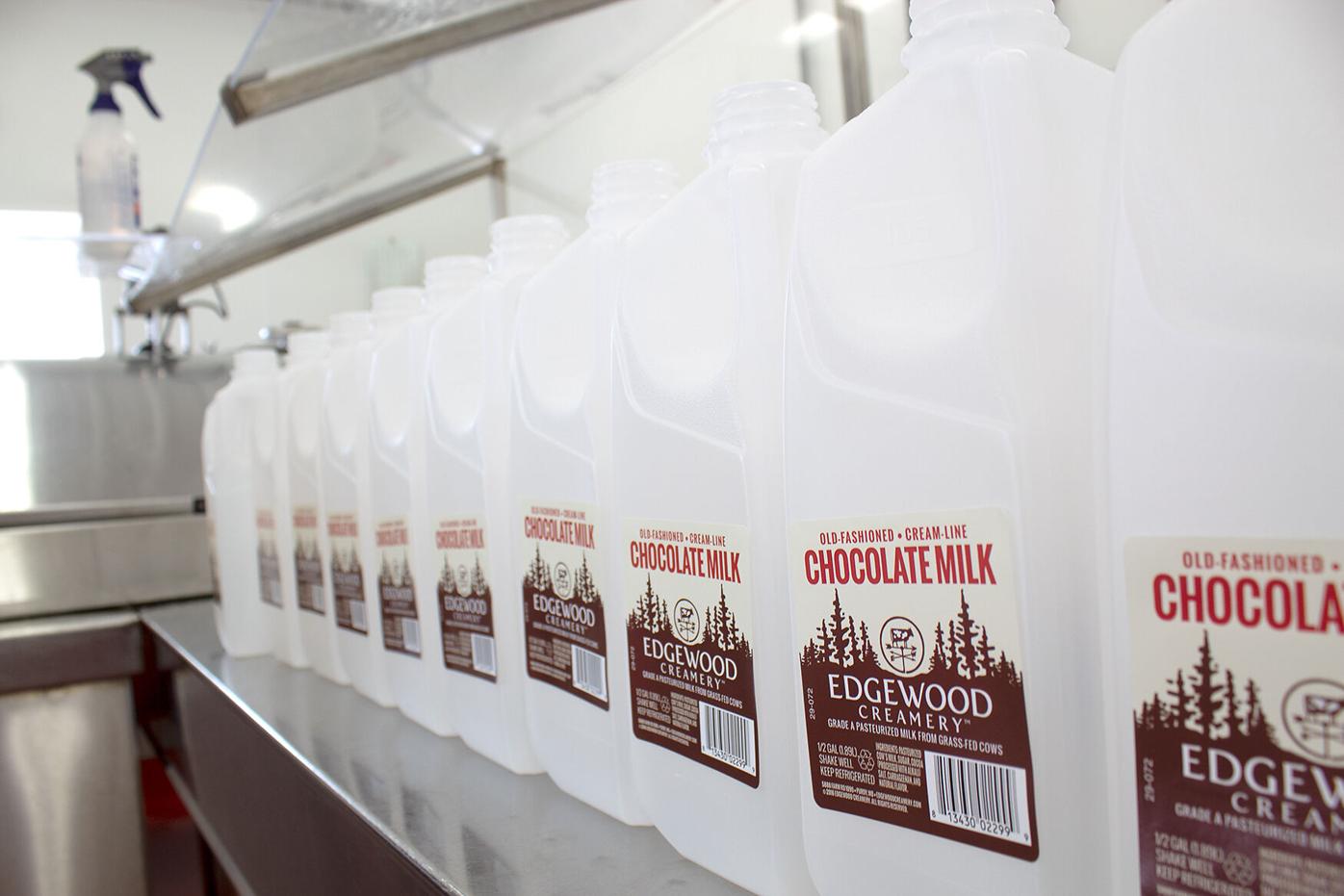 Plastic milk jugs are lined up ready to be filled. On average, Edgewood Creamery produces around 3,000 pounds of milk per day. 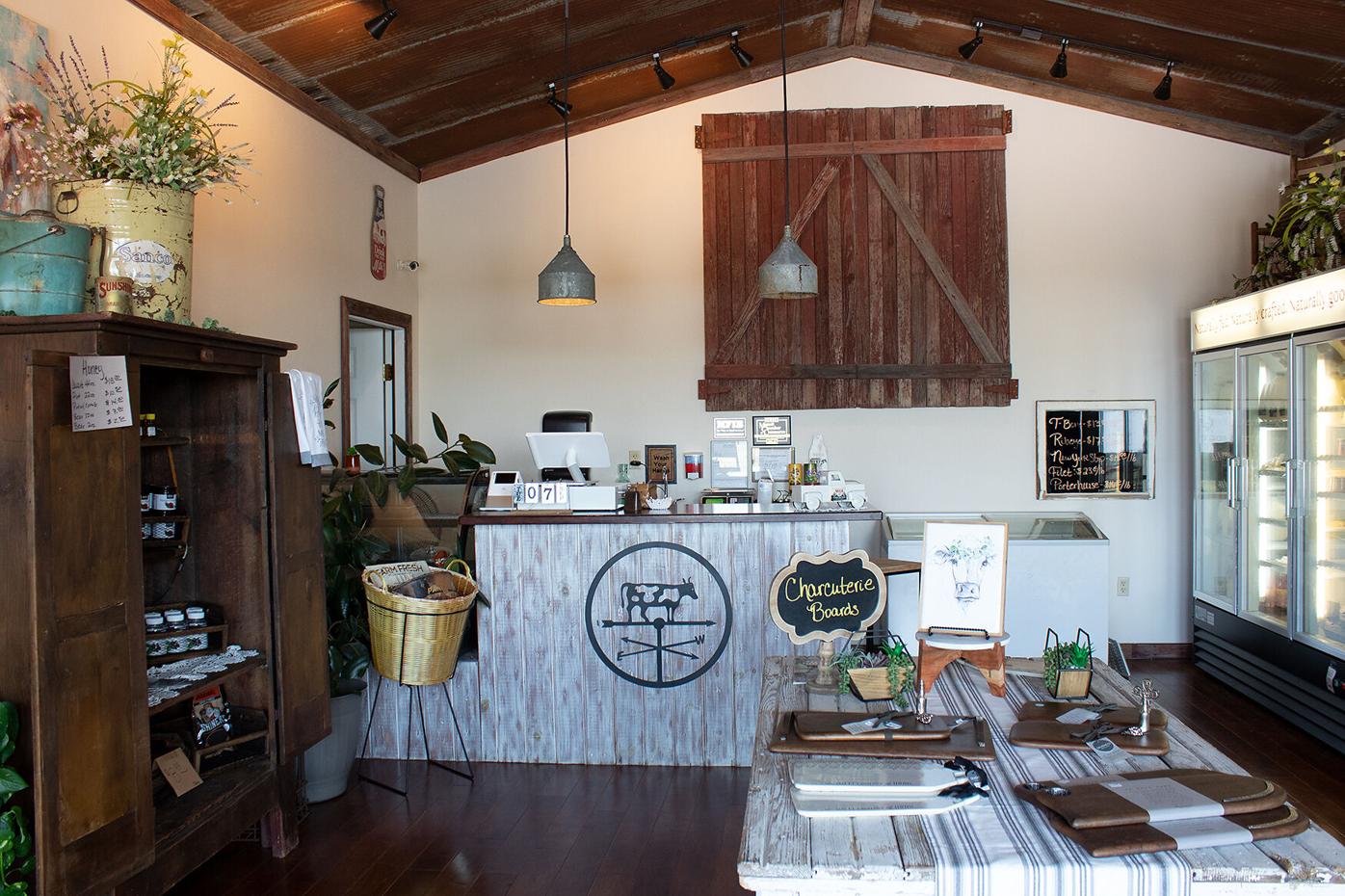 The entrance to Edgewood Creamery houses a variety of local Missouri-made products. The display table shows charcuterie boards for sale. 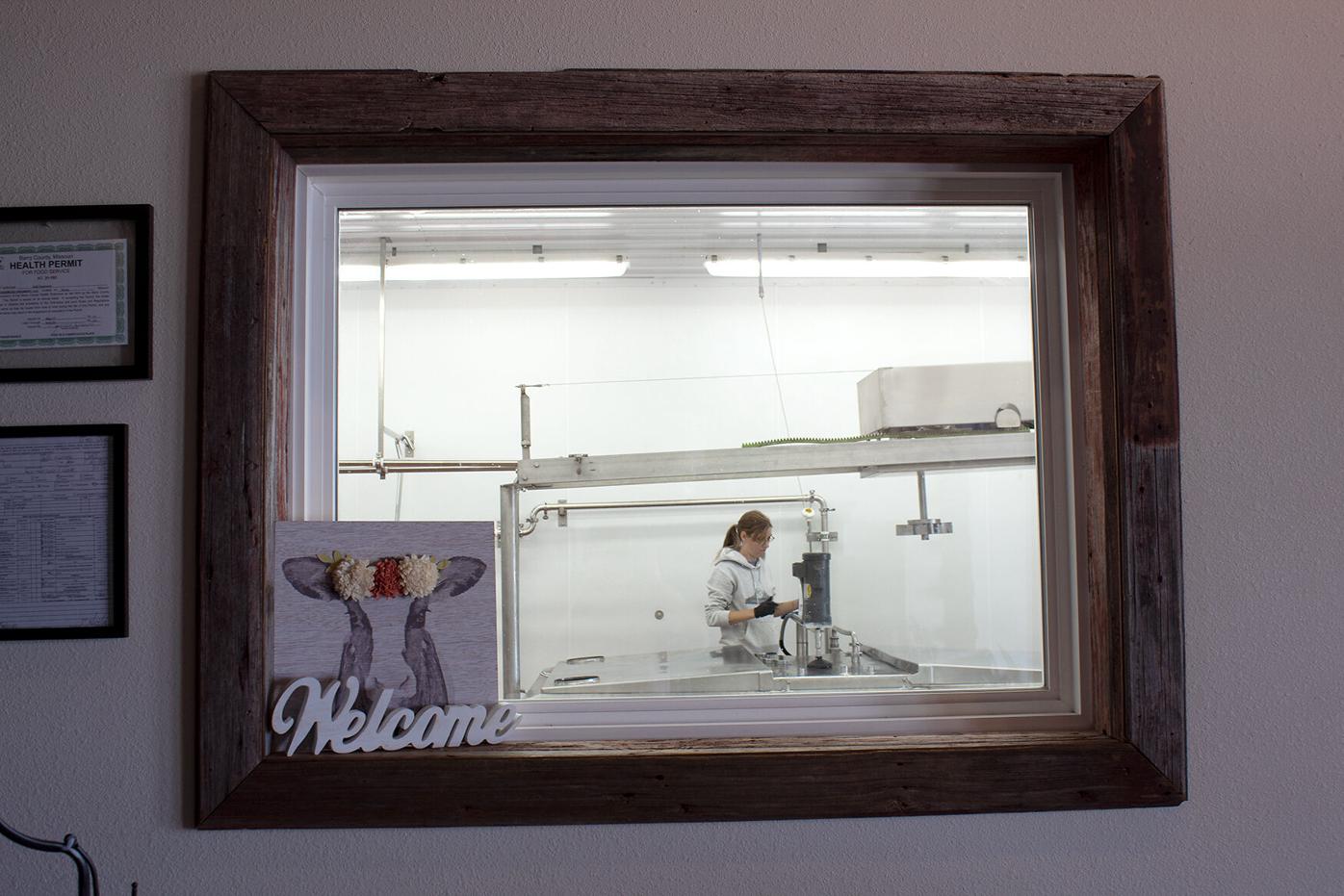 Employee Valery Ellison works with the dairy equipment. Customers can watch the dairy process through the glass window inside the shop.

Plastic milk jugs are lined up ready to be filled. On average, Edgewood Creamery produces around 3,000 pounds of milk per day.

The entrance to Edgewood Creamery houses a variety of local Missouri-made products. The display table shows charcuterie boards for sale.

Employee Valery Ellison works with the dairy equipment. Customers can watch the dairy process through the glass window inside the shop.

Dairy farms and cattle have always been a part of Kelli Stephens’ life. She helped raise her friends Charlie and Melissa Fletcher’s replacement heifers for years and watched their dairy farm in Purdy expand.

Before Stephens raised the Fletchers’ cattle, she managed hundreds of her own. Being immersed in a family of dairy farmers gave her an expansive skill set in raising cattle.

In 2014, the Fletchers opened the doors to their brand new creamery. Stephens stayed with them as they expanded, but a few years later, the Fletchers decided to sell and move to Colorado.

Stephens didn’t want the creamery to shut down, so she purchased it near the end of 2017.

Edgewood also sells eggs, meat and honey that are grown locally. During the winter, the creamery produces a seasonal egg nog, as well as a pumpkin spice fromage.

The milk is pasturized but not homogenized. A gallon costs $5.75, and the cheeses range from $5 a pound to $18 a pound.

Customers can purchase milk at the creamery in Purdy, as well as in Hy-Vee supermarkets, Price Cutter markets and Mama Jean’s Natural Market and Deli in Springfield.

“Everything from the ground to the end product is as natural as we can make it,” Stephens said. “We don’t like to use chemicals or anything that is going to alter that milk from its original state.”

The original owners, the Fletchers, started the dairy farm in 1997 with around 300 acres of fresh pasture for the cows.

From the start they used a rotational grazing system. Every 12 hours their dairy cows would rotate to a fresh pasture of grass for grazing. The continual intake of fresh grass allows the cows to consume the maximum amount of nutrients possible.

Stephens continued this method once she purchased the farm and creamery. The method is sustainable for the dairy farm but also allows the cows to produce all- natural milk and keeps them healthy, she said.

Manager Anthony Sizemore keeps track of the milk numbers and ensures all functions of the creamery are flowing smoothly. The creamery will produce an average of 3,000 pounds of milk daily or 12,000 to 15,000 pounds a week, depending on the cows.

Before starting at the creamery, Sizemore worked in construction. As with Stephens, it was a learning process for him. He helped Stephens for years but just moved into the manager’s position last summer.

“I’m a numbers guy, which is actually the No. 1 thing that brought me here,” Sizemore said.

A typical day starts by collecting the milk, processing it through the pasteurizer and then finishing the milk to make cheese. On a normal day, this will happen twice.

“With the creamery, it never stops,” Stephens said. “It is seven days a week, 52 weeks out of the year. The cows don’t quit milking.”

Edgewood has 120 cows with three breeds that produce different types of milk. The A2A2 milk produced by some of Edgewood’s cows has been a life changer for people that are lactose intolerant, Stephens said.

“We have an entire heard of cows that from Day One have an entirely different genetic makeup,” Sizemore said. “They produce A2A2 for us to sell to people that are lactose intolerant.”

Stephens, a 10th generation farmer, had extensive knowledge about raising cows, but when it came to the product, it was brand new for her.

“Knowing what to do with the end product, which was the milk, I knew nothing about,” Stephens said. “I never had any experience in that whatsoever. I just learned by doing.”

Clocking around 70 to 80 hours some weeks left her exhausted, but she was motivated to learn and accomplish more. When she isn’t working at the creamery, Stephens teaches psychology at Crowder College in Neosho.

Stephens said she loves educating others and has invited people of all ages to come to Edgewood and learn. She often brings schoolchildren in during the summer and teaches dairy seminars at fairs.

“That’s what I love about them,” said frequent customer Hayle Robins. “They’re not just selling their product, they’re getting in touch with other local farmers,”

In the future, Stephens plans to reach out to distant customers and connect them to the dairy products on the farm.

“By buying products from us, they are keeping family dairy farms going,” said Stephens.