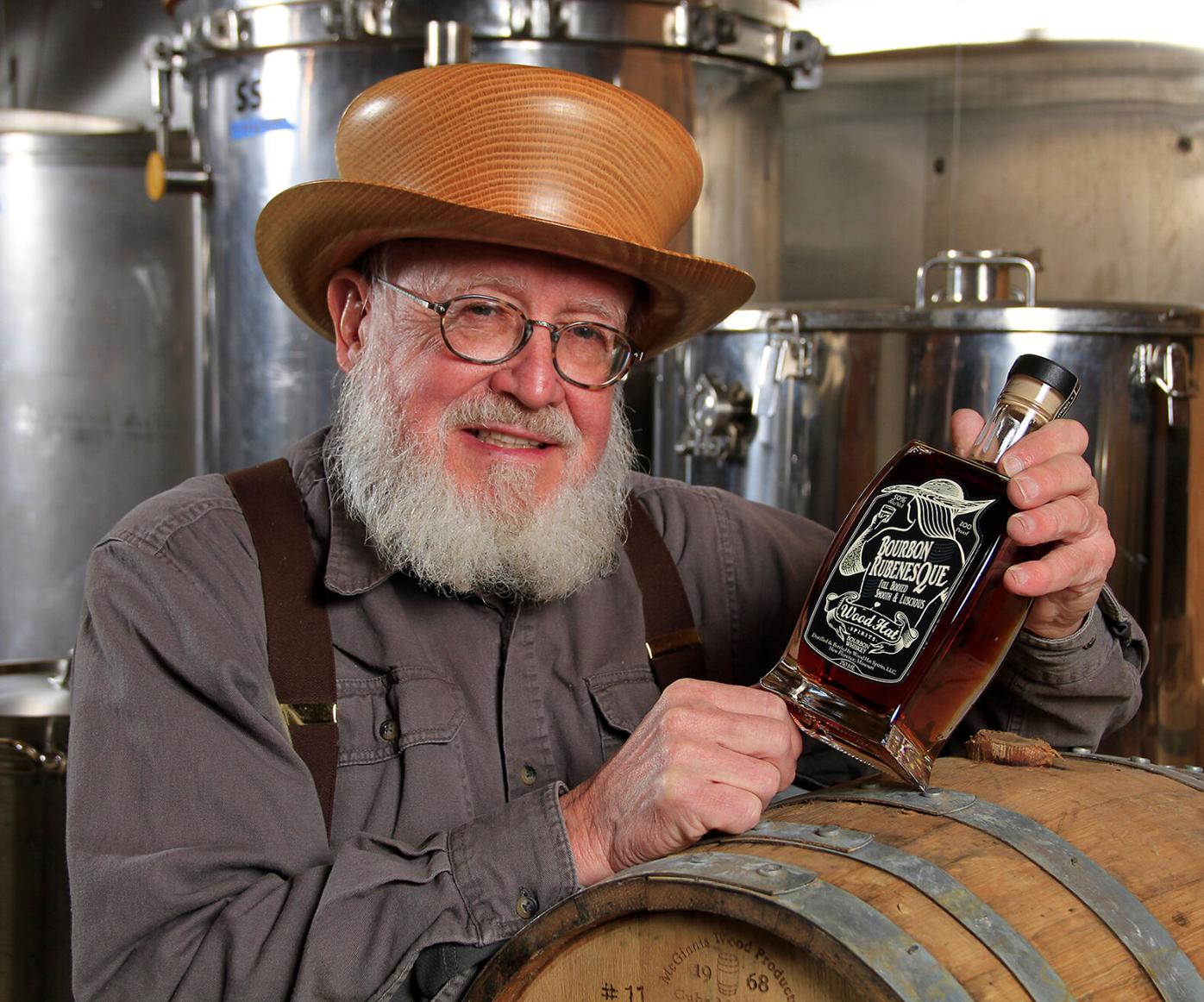 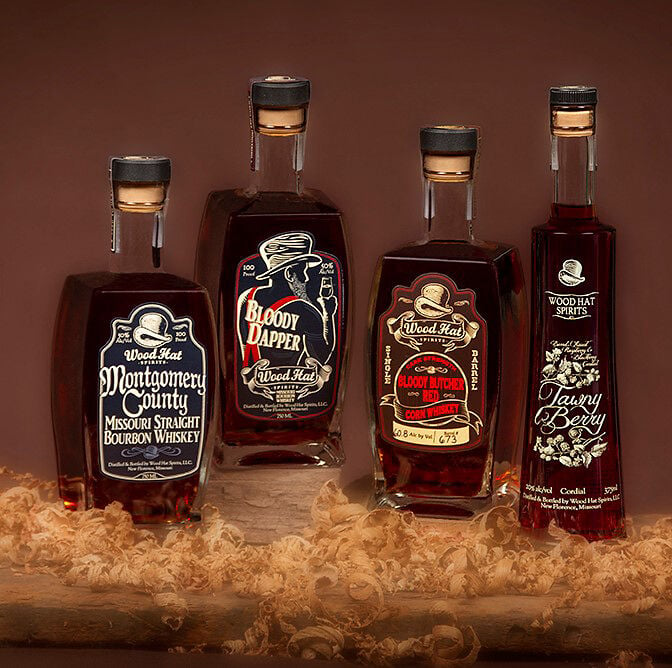 Bottles of Wood Hat Spirits line up as a display.

Bottles of Wood Hat Spirits line up as a display.

Gary Hinegardner wanted to change the way whiskey is made.

Why not use the corn people actually consume, he asked, instead of the field corn that feeds livestock?

Why not blue corn?

"I really wanted to make whiskey out of what people eat," he said. "You know, from the corn cultures in the southwest United States, Central and South America."

Today, Hinegardner’s whiskey can be found in 10 states and 14 locations around  Columbia. He owns a distillery called Wood Hat Spirits in New Florence, roughly 45 minutes east of Columbia.

The company produces bourbon, corn whiskey and a short list of cordials. Everything that goes into making Wood Hat Spirits comes from Missouri, from the corn to the barrels for aging.

"We're at the top of the heap in terms of starting from scratch and looking at different corns to make the best whiskey we can make," Hinegardner said. "Nobody else does this, and we're doing this in Missouri."

How it all started

The business began in 2012 after Hinegardner planted a variety of seeds called Hopi blue and has raised corn ever since, adding other kinds along the way.

“I wanted to make whiskey out of what we raise in Missouri," he said. "We want to make it out of corn that people eat.”

Hinegardner also saw an opportunity to tie every aspect of the whiskey process to the state. Missouri has the largest barrel manufacturing company, according to missouriwine.org, and a lot of the corn used by big-name whiskey brands comes from Missouri, as well, Hinegardner said.

Soon after the business started, Wood Hat became instrumental in creating the Missouri Bourbon Bill, which later became law. The law restricts what can be printed on a "Missouri bourbon whiskey"  label.

To make corn whiskey, workers begin by filling a stainless steel tank with what looks like cornmeal, then letting it cook for about an hour. After that, it is  pumped into a fermentation tank.

“It’s going to cool down to about 91 degrees, and then we are going to pitch our yeast,” said Jessica Fullerton, a whiskey blender, during a tour. “So that yeast is going to eat those fermentable sugars we created in the cooking process.”

“This whole process at this point is really just what we do in our own bodies,” Hinegardner added. “We chew up corn, we mix it with alpha-amylayes in our saliva and digest it.”

The whiskey eventually goes through a four-day fermentation process and the liquid is then pumped into another tank where it is distilled.

“Distillation in itself is a pretty simplistic process," Fullerton said. "Alcohol just has a lower boiling point than water. That alcohol is going to boil off and leave the water in that mash behind.”

After the alcohol goes through the distillation process, it is moved into wooden barrels in storage containers outside in order to get a full range of temperature exposure and thus more flavor.

Hinegardner is currently experimenting with different types of blue corn to identify the one that makes the best whiskey. He is often asked whether different kinds of corn actually make a difference in the product.

The answer is yes. Each species of corn has a distinct flavor profile, similar to different types of apples or grapes that have a distinct taste.

Fullerton has been working at Wood Hat for two years as the whiskey blender, tasting room manager, plus she conducts tours and is in charge of in-house events.

Working with people she enjoys being around, meeting people in the industry, and being able to talk about what she is passionate about is what Fullerton said she loves most about her job.

“We are kind of like a family around here, a small group of people that are here on a day-to-day basis,” she said.

Seth Schelich, the liquor manager at Moser's Foods, has been carrying Wood Hat Spirits for roughly eight years and was one of the first to carry the products in Columbia.

At the tail end of his professional life, Hinegardner said he doesn’t really want a become a big business.

“I just want to make quality stuff for a limited number of people... show people that we can make it here in Missouri,” he said.