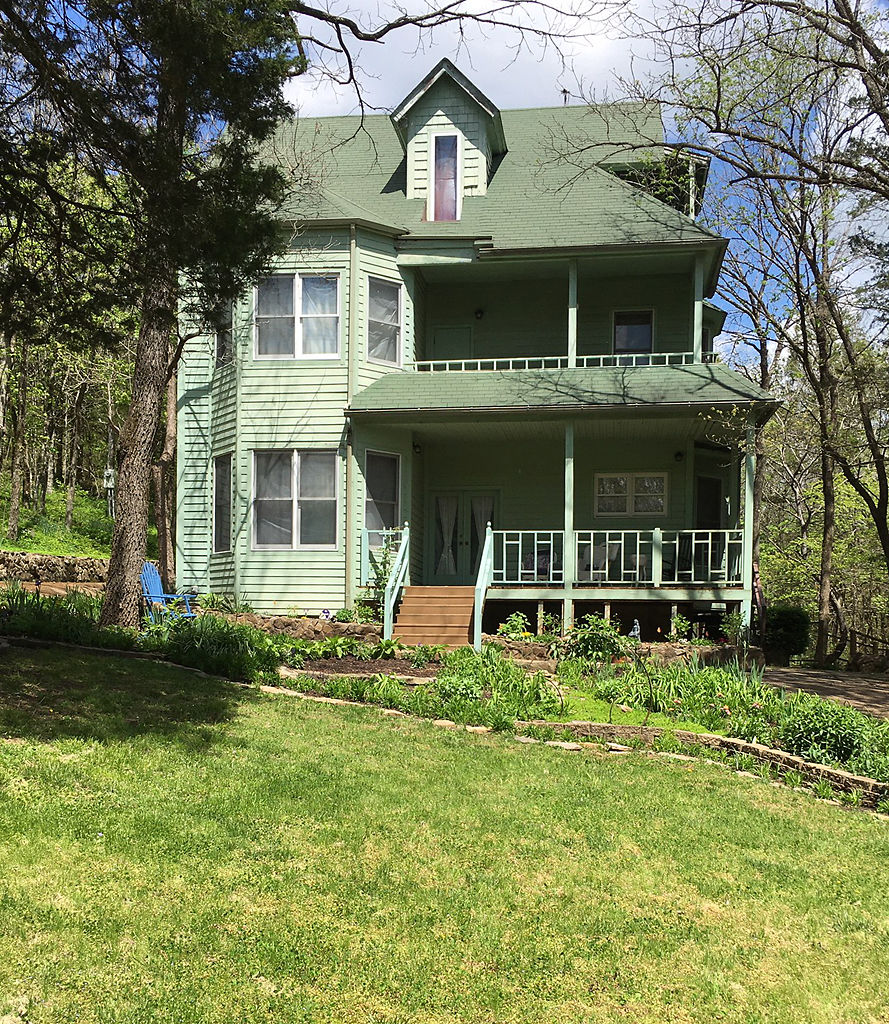 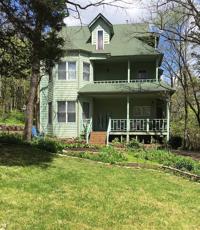 Front view of the Bonniebrook Tour Home in Walnut Shade. 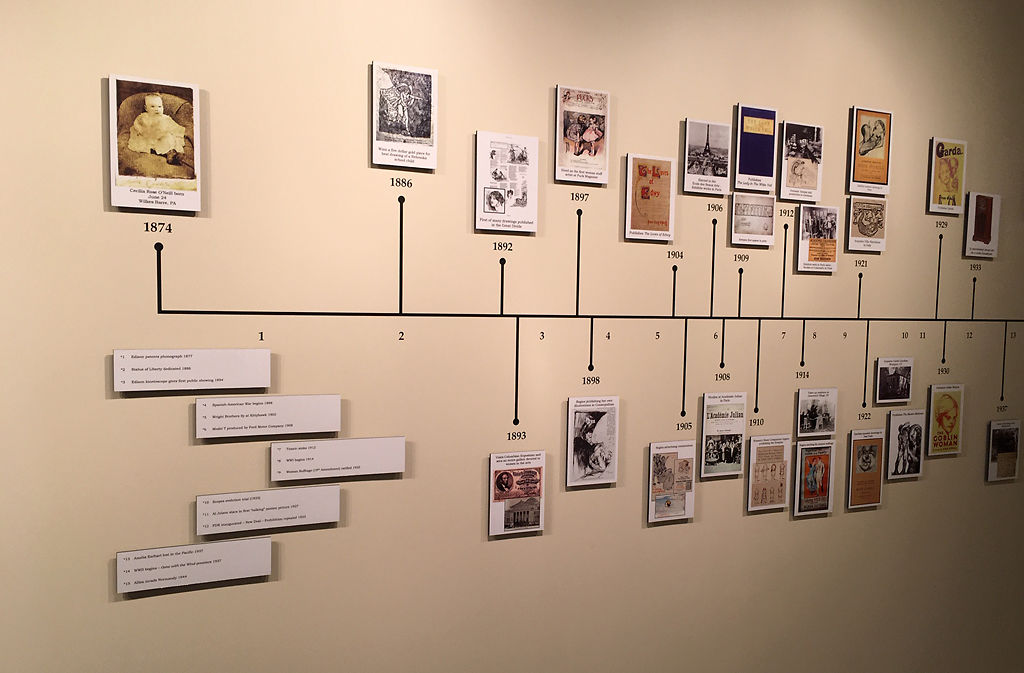 A timeline of Rose O'Neill's life and work in the Fine Art Gallery at the Bonniebrook Historical Society in Walnut Shade. 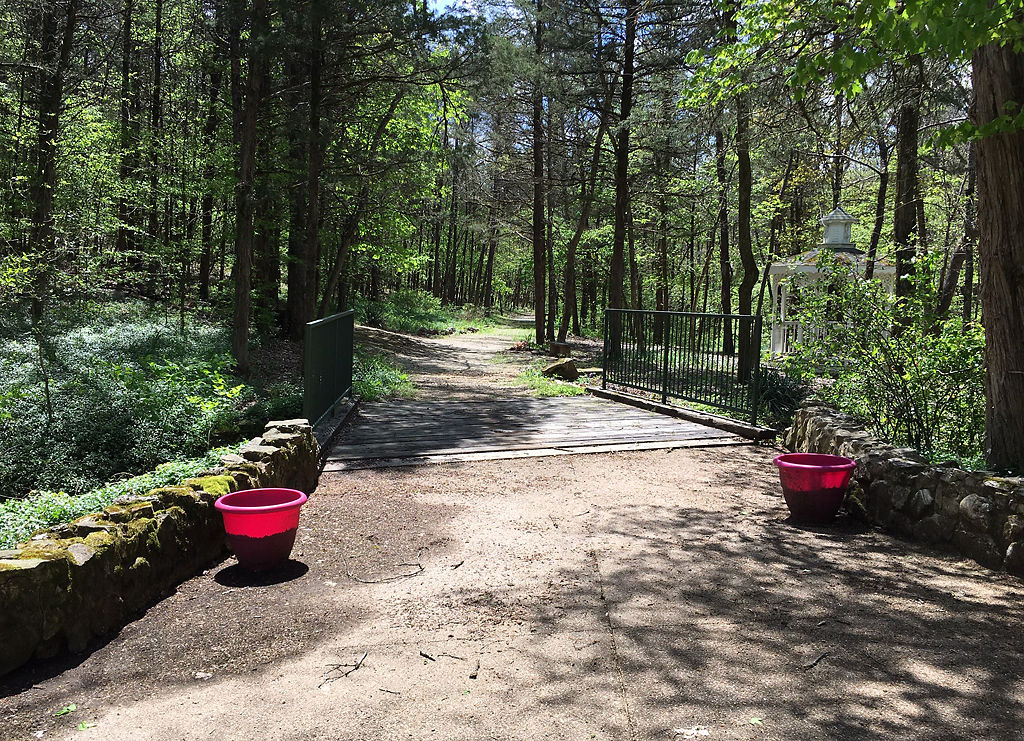 The walking path to the cemetery at Bonniebrook. 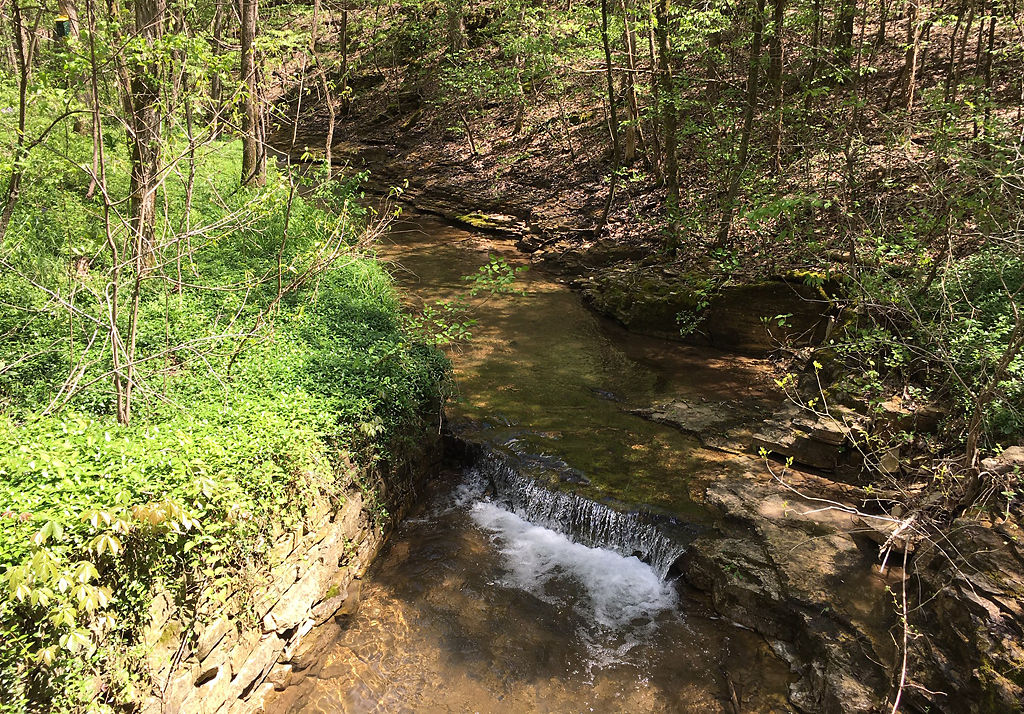 The brook beside Bonniebrook homestead in Walnut Shade.

Front view of the Bonniebrook Tour Home in Walnut Shade.

A timeline of Rose O'Neill's life and work in the Fine Art Gallery at the Bonniebrook Historical Society in Walnut Shade.

The walking path to the cemetery at Bonniebrook.

The brook beside Bonniebrook homestead in Walnut Shade.

At the Bonniebrook Historical Society, visitors have a chance to glimpse the works of Cecilia Rose O’Neill, the young illustrator who created the Kewpie character in 1909 at Bonniebrook in Walnut Shade, Missouri.

O’Neill was a self-taught illustrator born in 1874. She first won a drawing competition at 13, began selling her work in the 1890s and then moved to New York where she worked for several magazines.

While O'Neill owned several homes around the country, she often visited her family homestead, Bonniebrook, and called it her "favorite place on earth."  From 1937 until her death in 1944, it was her permanent home.

Divided into the homestead consisting of a tour home and gardens, a museum and the art gallery, the Historical Society of Bonniebrook is run entirely by volunteers who have preserved nearly every aspect of O’Neill’s life.

Visitors can opt for a short self-guided tour of the museum and gallery or ask a volunteer to narrate O’Neill’s story. For those more interested in her life, a guided tour of the home is available. The gardens are free and open for visitors. Annually, nearly 3,000 visitors make their way to the museum.

The art gallery displays 60 different art pieces by Rose O’Neill, with different exhibits opening each year. Much of the original artwork has been obtained from Bonniebrook Historical Society members and the Rose O’Neill Foundation or the O’Neill family.

O'Neill illustrated regularly for Puck Magazine, but she was also published in Cosmopolitan, Harper’s Bazaar, Good Housekeeping, Brooklyn Life and Woman’s Home Companion. She was also hired for advertisements by brands like Jell-O and Rock Island Railroad.

Besides commercial artwork, O’Neill illustrated for the women’s suffrage movement and was an active part of it. Susan Scott, the president of Bonniebrook Historical Society, calls O’Neill an outspoken woman who argued for the right to vote and the right to have a career in the arts, as well as the right to dress comfortably.

About corsets, Scott quoted O'Neill as saying, "Well, you can't even breathe. If you're an artist and you're bending over an easel, you can't breathe. How could you compete?’”

Furthermore, O’Neill was a sculptor, whose work was inspired by folklore and mythology, with characters called Sweet Monsters. An original O'Neill sculpture is located in the grounds.

She was also a published author, who wrote and illustrated several books such as "The Loves of Edwy" in 1904 and "The Goblin Woman" in 1930.

The museum begins with the original Kewpie art published in The Ladies Home Journal in 1909.

Then you can see the first few dolls made in Germany by J. D. Kestner Co. O’Neill visited Germany to show the artists how the bisque porcelain dolls should be sculpted and painted.

Many other kinds of dolls, such as the cuddle Kewpies, are also displayed. As a collector’s item, these dolls are highly valued, but often even collectors don’t know the story of the character, Scott said.

Two cabinets in the museum are changed every year, since the museum does not have the space to display all the donated memorabilia.In one of those cabinets, newer Kewpie items are also displayed, plus other Kewpie artifacts include lamps, salt and pepper shakers, door knockers and bookends.

Bonniebrook, named by O’Neill after a stream that ran next to the homestead, burned in 1947. The Historical Society rebuilt the house based on  photographs and other material, completing it in 1993.

With 14 rooms, the house was considered a mansion at the time. Using O’Neill’s diaries, as well as after speaking with family members, the house has been furnished to closely imitate what it looked like originally.

Scott believes the art studio of Rose O'Neill may be the most accurate room  because there has been a variety of photographs for reference. In the hall, a table built by O'Neill's brother and carved by O’Neill and her sister was also recreated by a Branson artist.

An important aspect of the homestead is the gardens. These were planted with reference to O’Neill’s journals, as gardeners figured out the original locations of the plants.

The graden includes her mother’s rose garden, visible from her art studio. O’Neill and other family members are buried in the O’Neill Family Cemetery  on the grounds.

What: Bonniebrook Gallery, Museum and Homestead

Hours: Open from April to October; Wednesday through Saturday, 10 a.m. to 4 p.m.