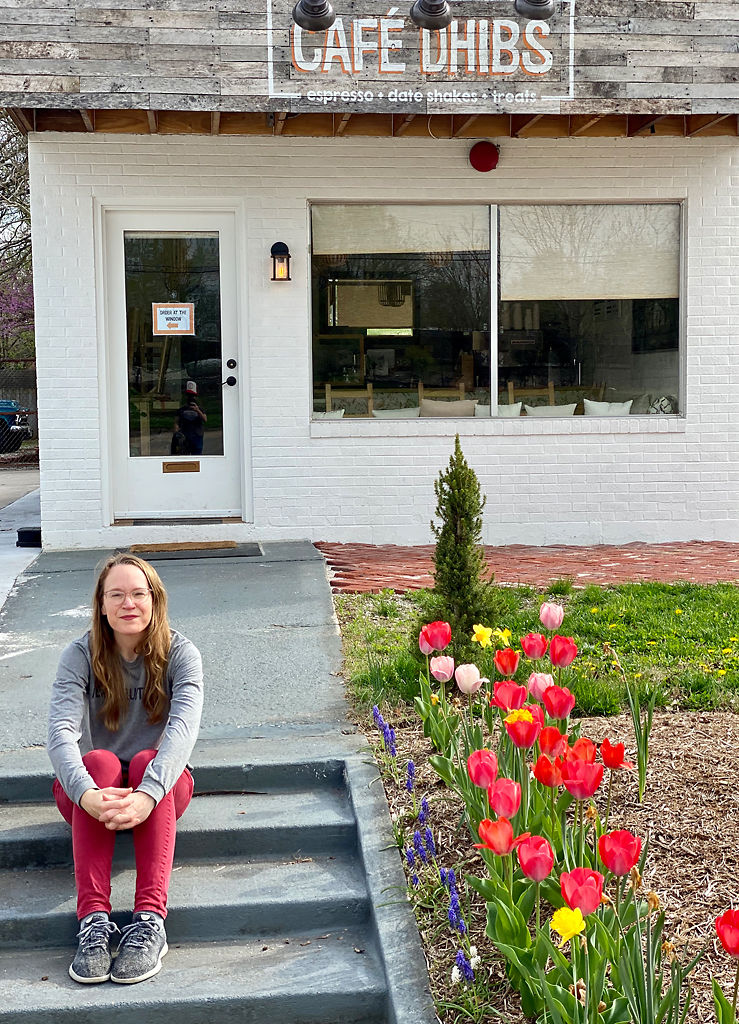 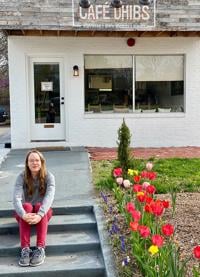 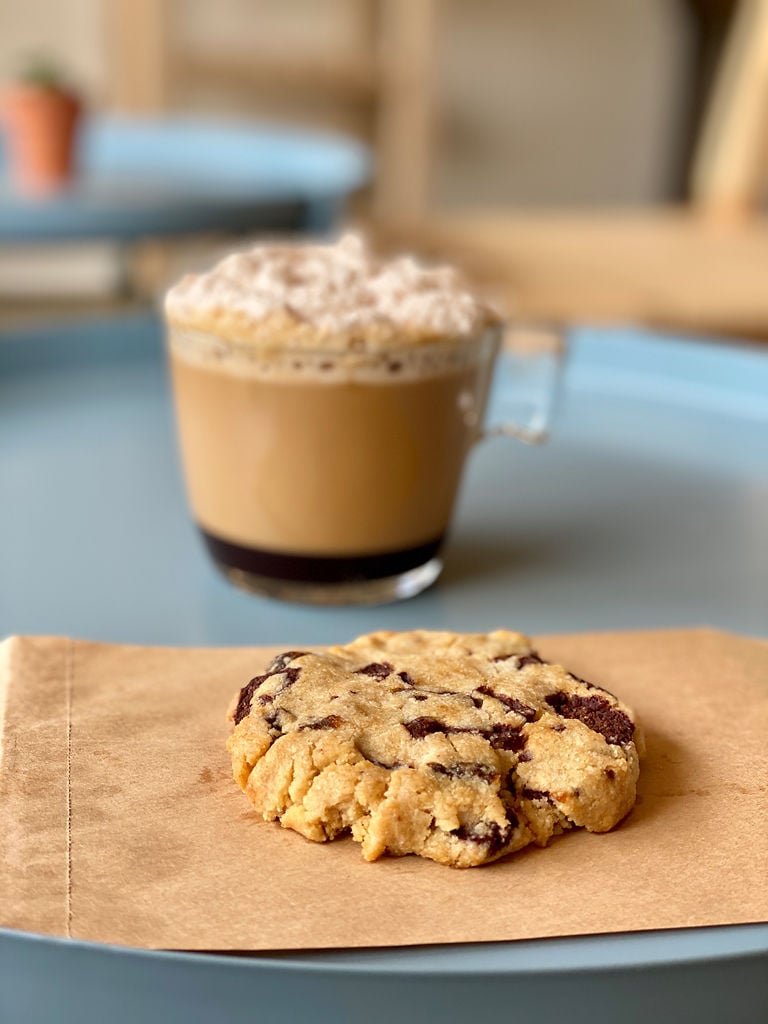 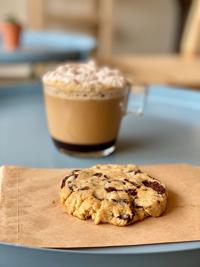 The signature drink of Café Dhibs and a chocolate chunk date cookie April 6. 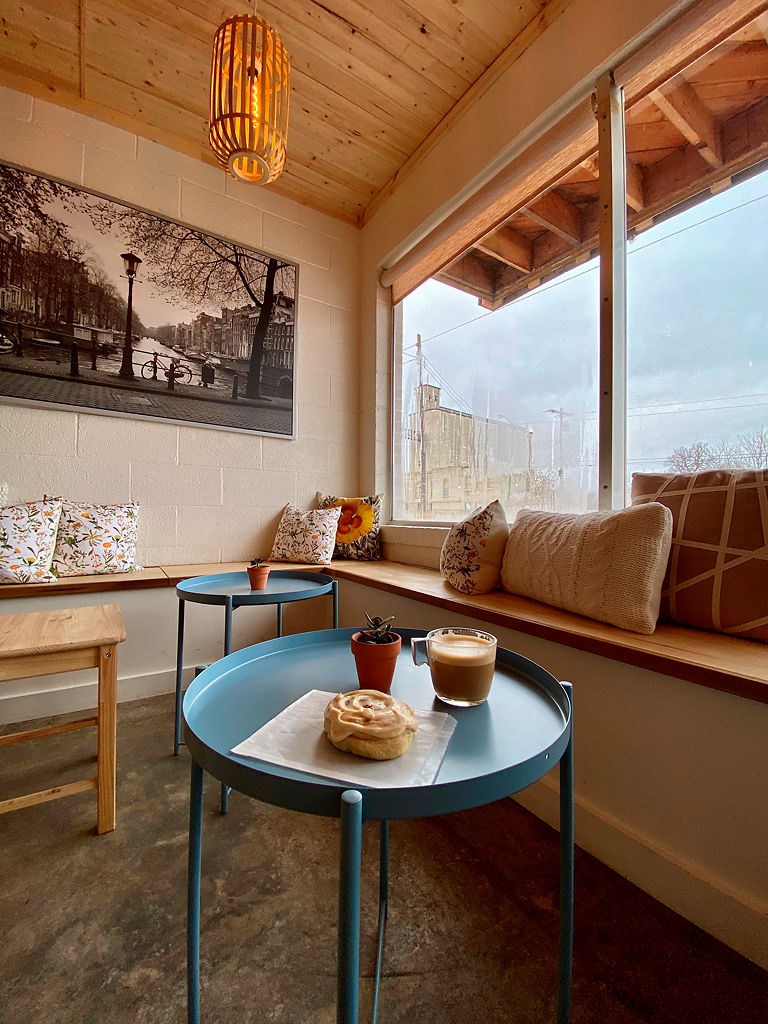 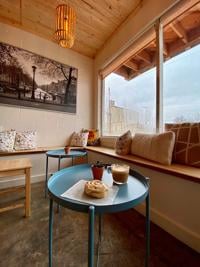 The cafe interior can be seen, including the windows and wooden ceiling, in January at Café Dhibs. 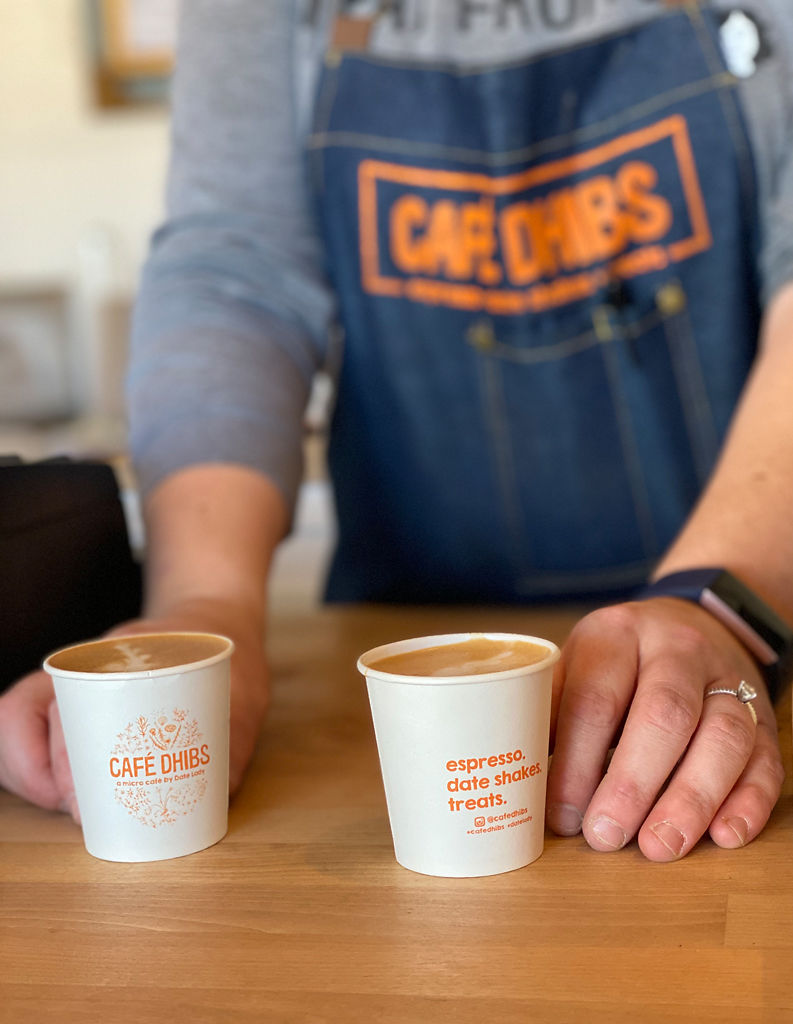 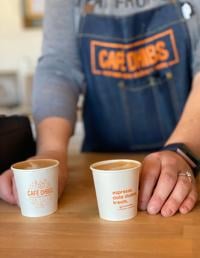 A server stands next to two cortados, another drink on the cafe's menu, in January at Café Dhibs.

The signature drink of Café Dhibs and a chocolate chunk date cookie April 6.

The cafe interior can be seen, including the windows and wooden ceiling, in January at Café Dhibs.

A server stands next to two cortados, another drink on the cafe's menu, in January at Café Dhibs.

In a small production facility in Springfield, rows of date syrup are being assembled. Next door, the syrup is being poured into a specialty coffee and served to customers.

This is the home of The Date Lady brand and a micro-café called Café Dhibs.

Many are familiar with The Date Lady, a Springfield-based company launched eight years ago that supplies date products to stores nationwide.

In November 2019, the couple launched the 400-square-foot Café Dhibs. The concept falls in line with the brand — everything on the menu is naturally sweetened.

In fact, Dhibs is the Arabic term for date syrup. Occasionally, depending on the item, other natural sweeteners are used, including honey, maple syrup and coconut sugar.

The Sundlies fascination with dates goes back to three years spent in the United Arab Emirates, where the couple often explored local food markets. They quickly realized that dates were an important part of Arab food culture when they kept encountering date boutiques and products. Soon, date syrup became a staple in their own house.

After returning to the United States in 2008, the couple was hard-pressed to find similar products in local stores.

According to Colleen Sundlie, they “had become especially addicted to date syrup.”

Observing the growing trend of people eliminating sugar from their diets, Sundlie toyed with the idea of launching her own date product line, and eventually The Date Lady was established in 2012.

Over the years, the Sundlies have been itching for one-on-one interaction with their customers. Fans of the brand frequently expressed a wish to drop by a storefront, but this was not possible.

When a space next door to the production facility became available, the Sundlies scooped it up. Because of The Date Lady’s popularity, Café Dhibs has had a steady influx of visitors, especially during the holidays.

“I couldn't believe, from people all over the U.S. that are familiar with The Date Lady brand that had seen that we were opening the café,” Colleen Sundlie said.

The small café has limited seating, but the light wooden accents and large windows make for an airy yet cozy space. The café offers a range of 13 concoctions, while the signature drink, Cafe Dhibs, is made with date syrup, espresso, steamed milk and house-made whipped cream.

Another popular drink, Golden Milk, is made with date syrup, steamed milk and a blend of spices, including turmeric, cinnamon and a dash of pepper.

For those with a sweet tooth, cinnamon rolls and cookies are available. If looking for a savory option, the "basic" salad or Greek yogurt parfait are also on the list.

Items on the menu are introduced and change seasonally, including anything containing fresh fruit. Prices range between $2 to $7. The Sundlies are planning to introduce a line of date shakes soon.

DARKOW: Mask for a mask