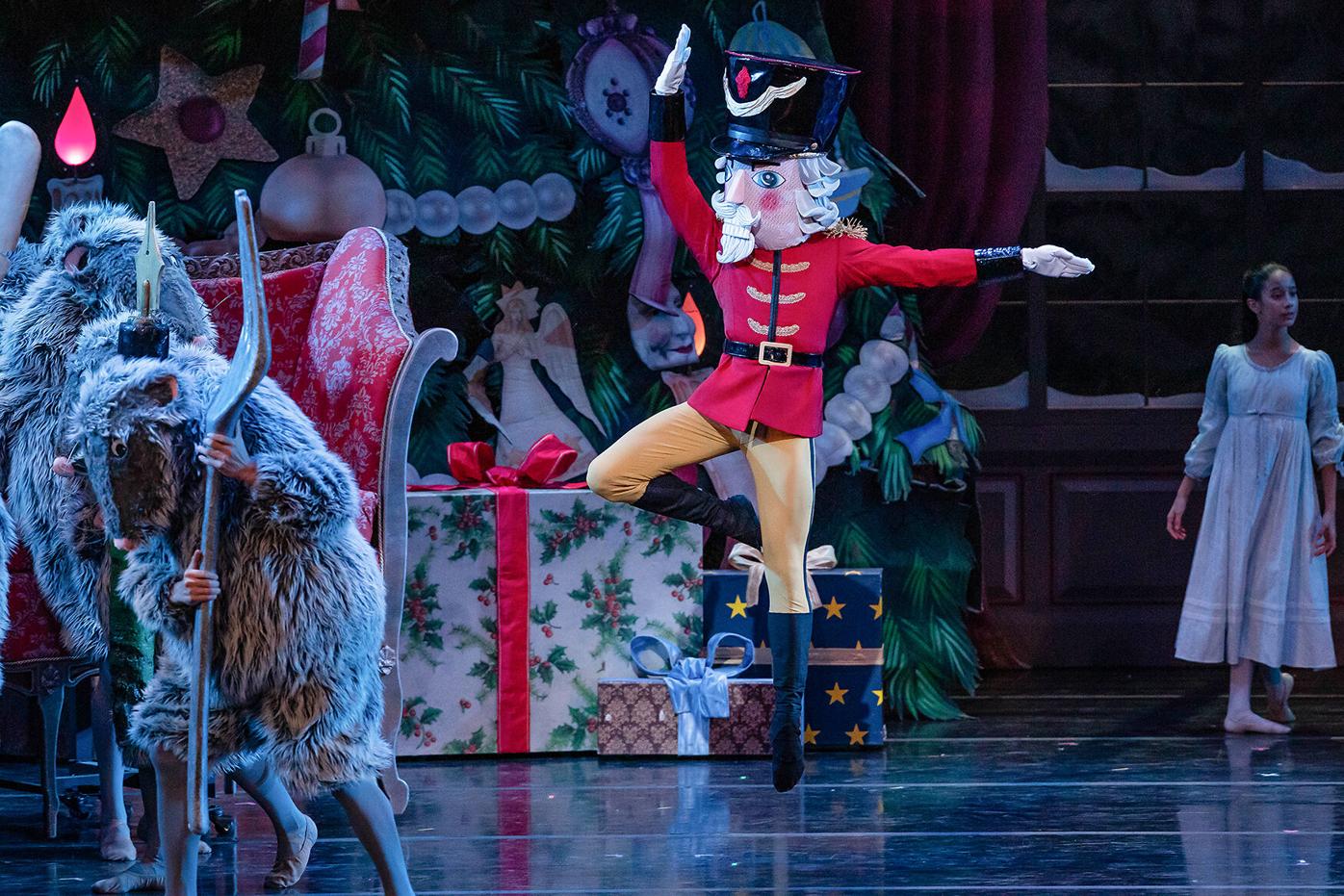 The Kanas City Ballet performs Tchaikovsky’s beloved “The Nutcracker” on various dates from Dec. 3 to 24. 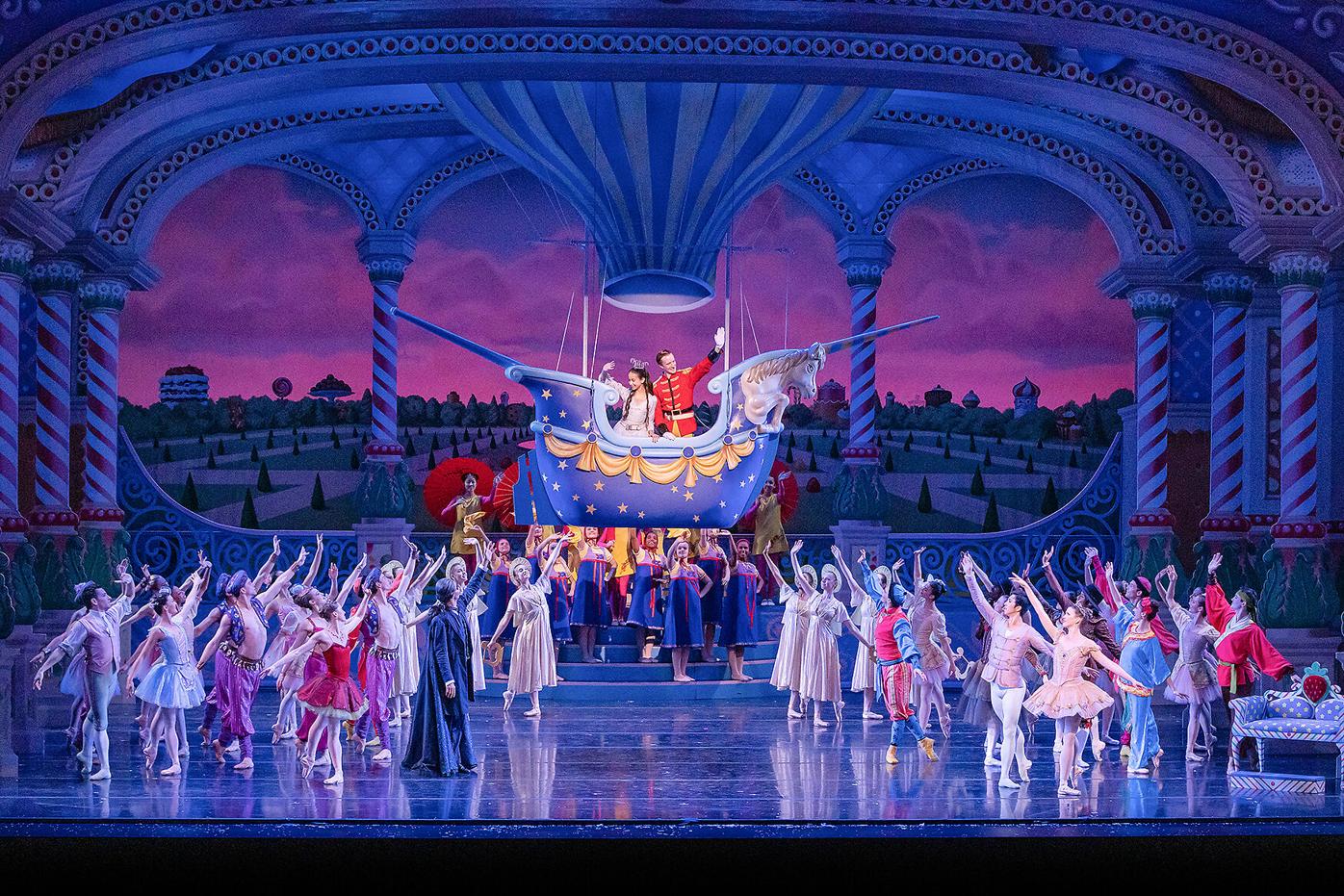 The ballet is adapted fro the classic story by E.T.A. Hoffman about a girl named Clara’s adventures befriending a nutcracker and battling the Mouse King.

The Kanas City Ballet performs Tchaikovsky’s beloved “The Nutcracker” on various dates from Dec. 3 to 24.

The ballet is adapted fro the classic story by E.T.A. Hoffman about a girl named Clara’s adventures befriending a nutcracker and battling the Mouse King.

After a year-long hiatus, the Kansas City Ballet has returned with its critically acclaimed performance of Tchaikovsky’s “The Nutcracker.”

The ballet will be performed on various dates from Dec. 3 to 24 in the Muriel Kauffman Theatre at the Kauffman Center for the Performing Arts in Kansas City.

From the classic story by E.T.A. Hoffmann, “The Nutcracker” is about Clara’s adventures befriending a nutcracker and battling the Mouse King on Christmas Eve. Devon Carney, Kansas City Ballet’s artistic director and choreographer for “The Nutcracker,” said he has performed in many versions of the story and is now creating his own.

“I’ve been doing ‘Nutcracker’ since I was a kid myself,” Carney said. “So I’ve had lots of time on my hands to imagine what ‘The Nutcracker’ that I would like to do would look like.”

He said it is a $1.5 million production with top production elements in lighting, costumes, set design and choreography.

Carney suggests coming to Kansas City to see the show and spending the weekend in the city. There are matinees as well as evening performances throughout the run.

“There’s so much to do and see during the holidays here, and it’s well worth the trip,” he said. “I can’t say enough about how many nutcrackers there are in the country, and I do believe that this is one of the best out there.”

The Kansas City Ballet is a professional ballet company founded in 1957 by Tatiana Dokoudovska. Her goal was to establish the regular presence of ballet in Kansas City.

In 1986 Dokoudovska retired and turned the ballet company over to its trustees to grow a stronger professional company and to select an artistic director. Since then, the company has made it a mission to “inspire and engage through the beauty, power and passion of dance.”

What: Kansas City Ballet's production of "The Nutcracker"

Where: Muriel Kauffman Theatre in The Kauffman Center for the Performing Arts, Kansas City.

Cost: Ticket prices start at $34, and subscribers receive a 20% discount.

Details: Patrons attending the show must show proof of full vaccination as well as proper ID. Masks will be required in The Kauffman Center unless actively eating or drinking in designated areas. Children under 12 who have been fully vaccinated will be able to attend performances.

Contact: Visit kcballet.org or kauffmancenter.org for more information about the performance and how to purchase tickets for the show.