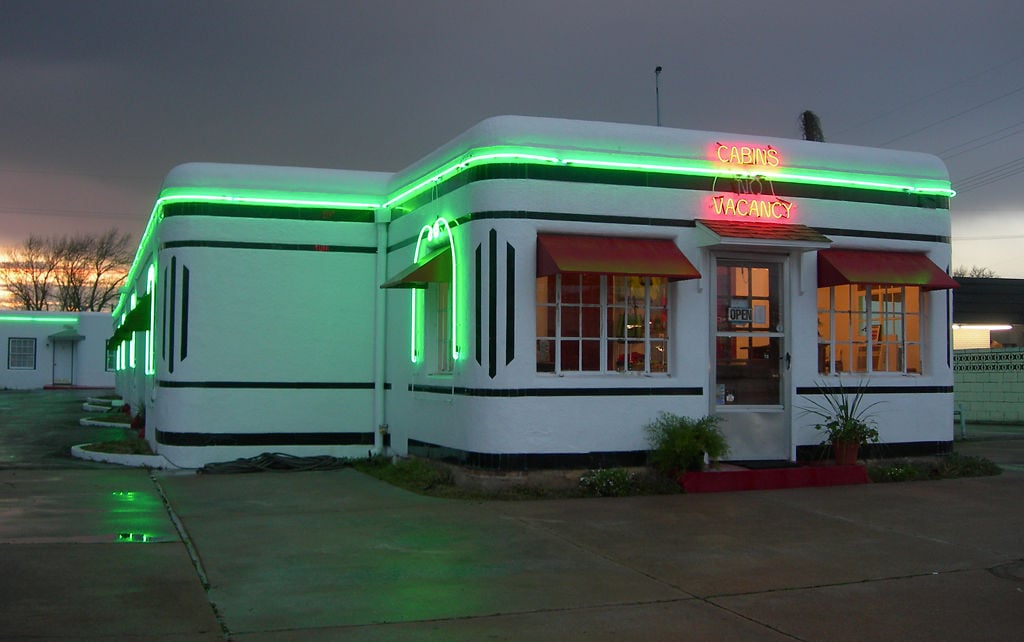 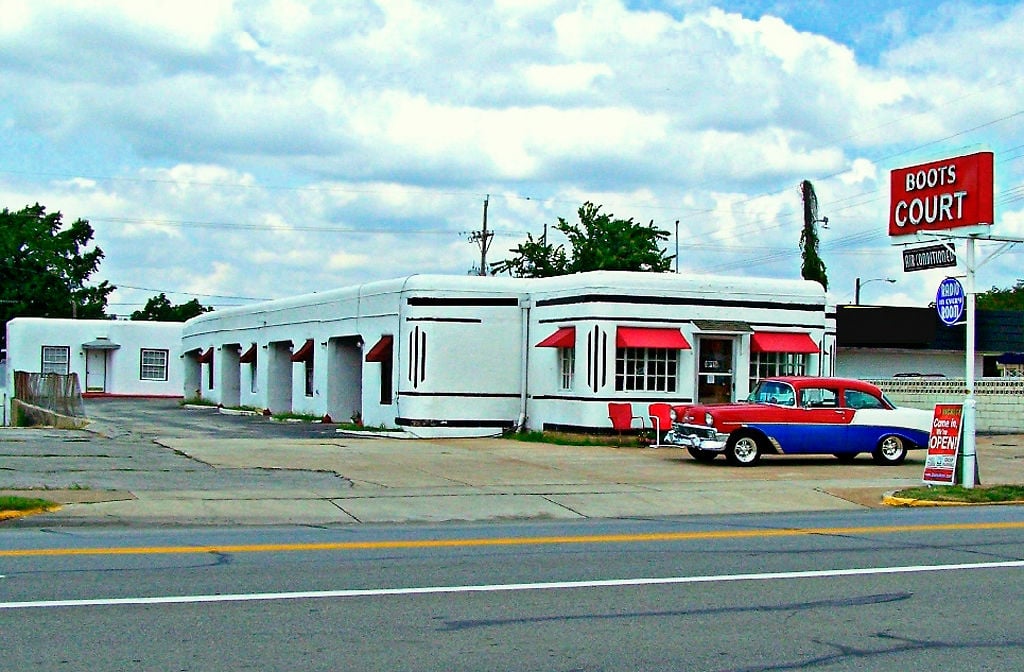 A postcard image of the Boots Motel.

A postcard image of the Boots Motel.

In 1947, Clark Gable was driving with a friend on Route 66 and stopped for a night at the iconic Boots Court in Carthage, Missouri. Today, you can sleep in the same room he did.

Boots Court, built by Arthur Boots in 1938, was originally conceived as four rooms attached to a gas station. The rooms did so well that Boots abandoned the gas station in favor of the motel.

After changing several hands and nearly being razed to the ground, the court today belongs to two sisters who want to retain both the history and purpose of the motel.

The sisters, Deborah Harvey and Priscilla Bledsaw, bought it in August 2011. In 2006, on their way from Chicago to Los Angeles, they saw the dilapidated building for the first time. Five years later, it was up for sale, and they decided to purchase and save the historic structure.

After nine months of restoration, they opened the five rooms of the back building in May 2012. Slowly, they have been restoring the structure to its 1949 shape, with help from their own funds, National Park Service grants and a small GoFundMe campaign.

The sisters see the court as a fun way of spending their retirement and meeting the travelers who use Route 66. What they didn’t realize was how many Route 66 fans are scattered around the world. People visit the court from Czechoslovakia, Germany, Australia and other countries.

The architectural style of the white building is streamline moderne, an Art Deco trend that emphasized aerodynamic design and can still be seen in many 1930s diners.

The motel has 13 rooms, but only seven have been restored so far and they can house up to 24 guests. Harvey is hopeful at least 11 rooms can be opened by the time she and her sister have completed the restoration.

For those who want a tech upgrade, the rooms also have Wi-Fi but no televisions, refrigerators, microwaves or coffee makers to stay true to the period.

The owners worked hard to find authentic furnishings, and as a result, no two rooms are alike, although all the beds have chenille bed covers.

One of the defining features of the “court” was a radio in every room, and another is the carport next to a few rooms. Visitors will be pleased to find that both features remain.

The old radios in every room are tuned into an AM channel where songs from the ‘40s, ‘50s and ‘60s are played all day long. The carports, next to four of the rooms, provide the convenience of parking the car and easily conveying luggage inside.

The ports are especially popular with motorcycle owners, Harvey said, since they protect their rides from the elements.

“The most unique thing about it is, it’s still standing,” Harvey said about the motel.

She believes Boots Court might be the only motel of its era left on Route 66 that has retained its design and original purpose.

The court does not offer breakfast, but restaurants are within walking distance. The Jasper County Courthouse and Battle of Carthage Civil War Museum are just a few blocks away.

And if visitors are willing to drive, Red Oak II, an assembled village by artist Lowell Davis, and the Kellogg Lake are also nearby.

Rates: A room with one double bed is $70 per night; two double beds is $75 per night