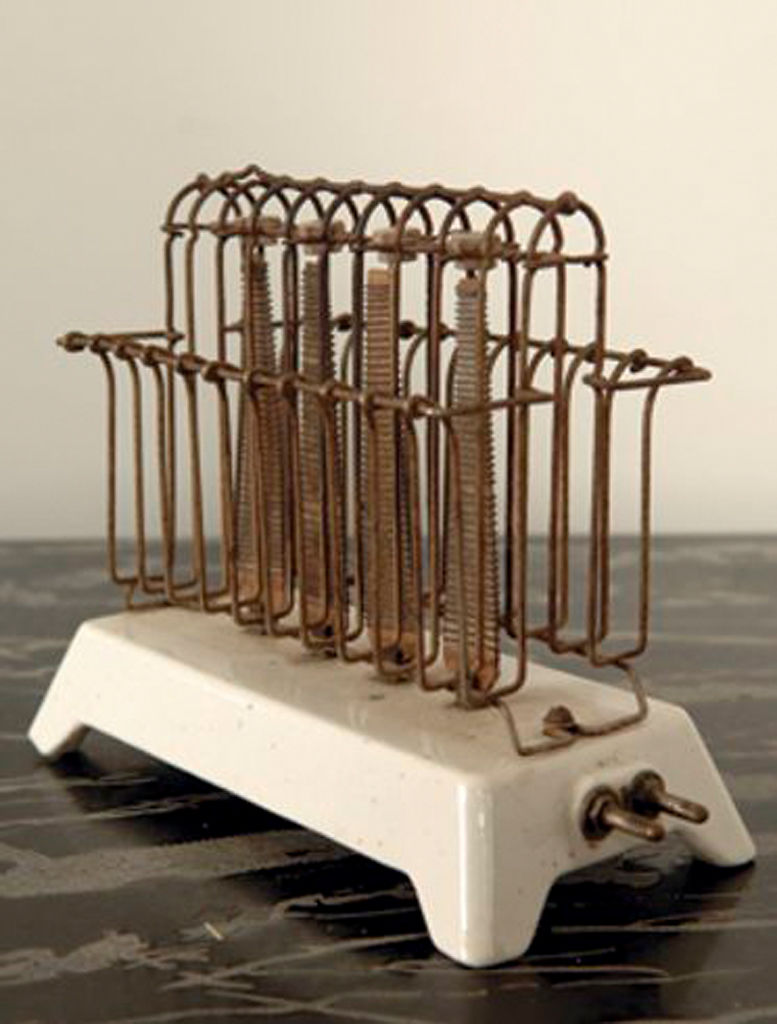 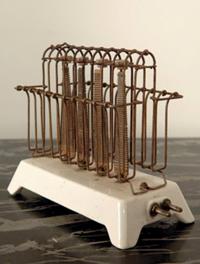 One of the earliest designs of a porcelain electric toaster, possibly a General Electric brand. 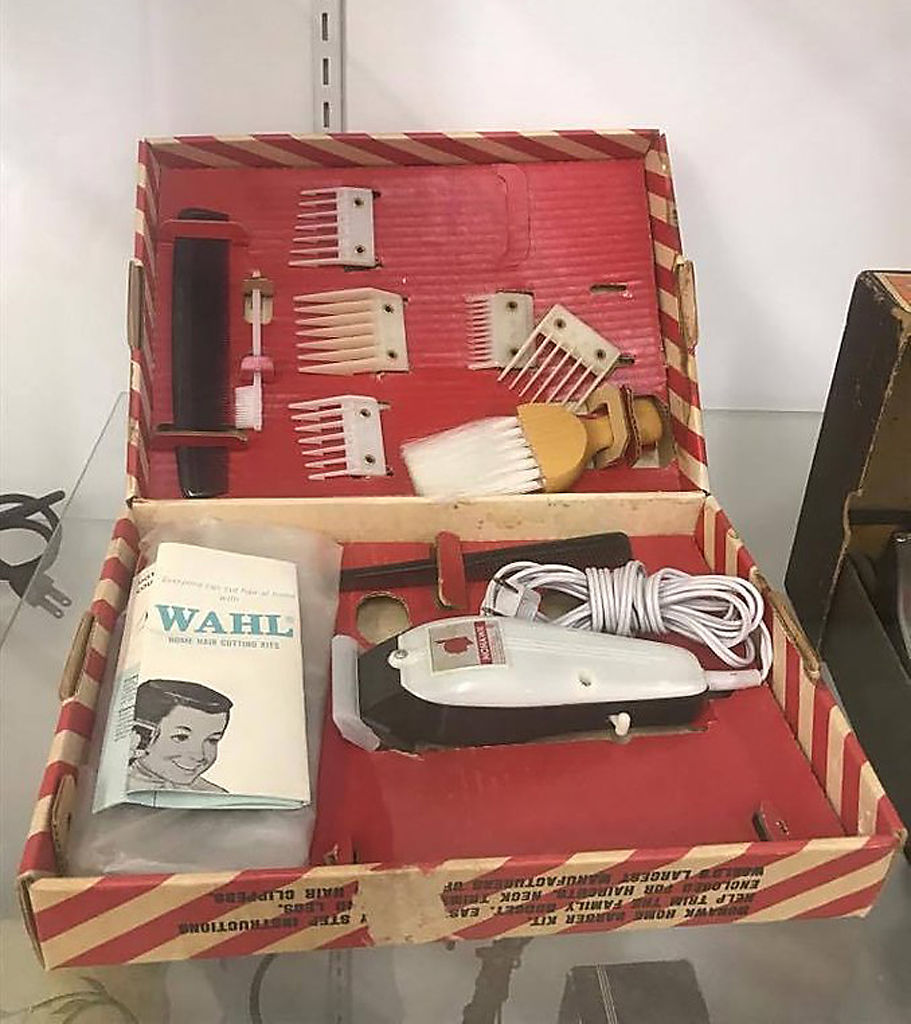 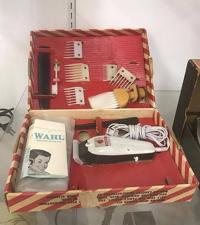 Clippers by Wahl with its original box and accessories. 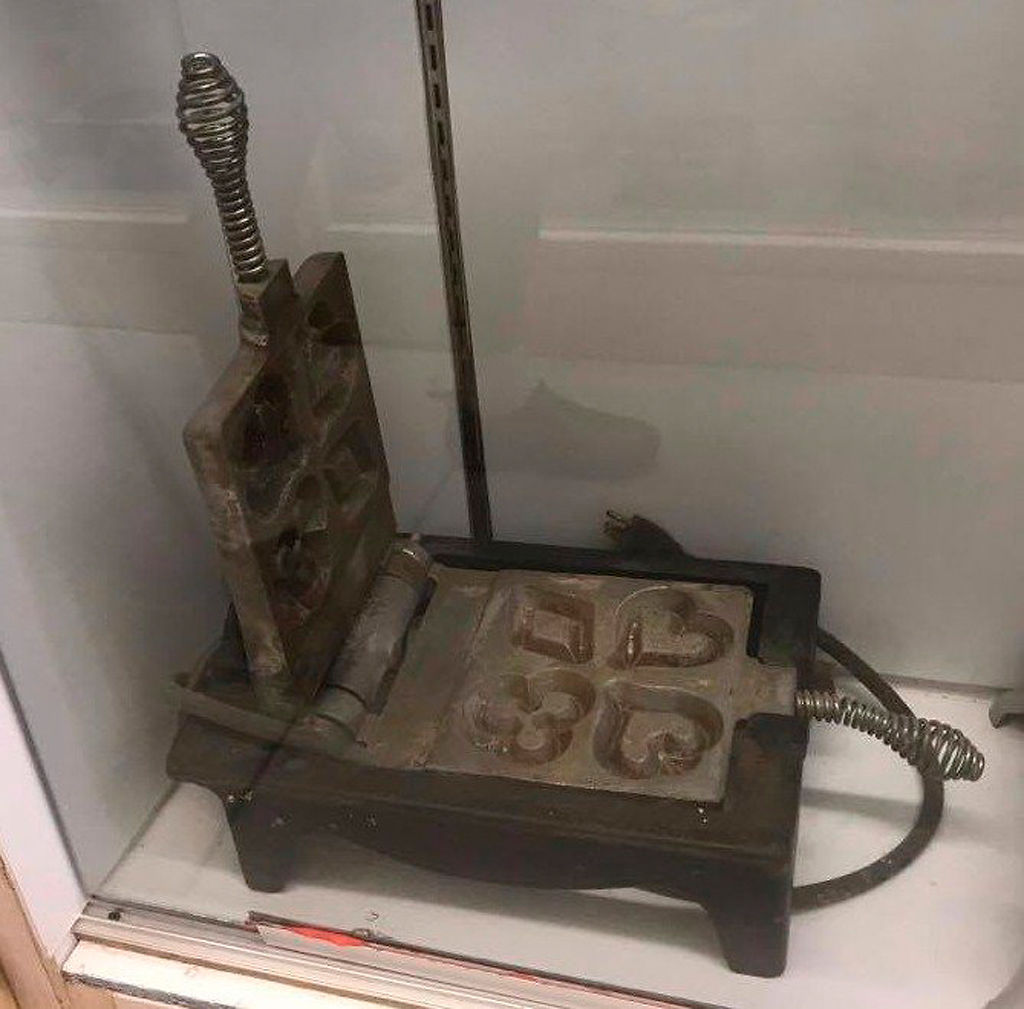 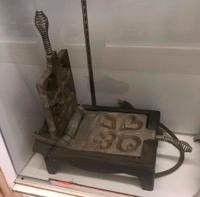 One of the earliest designs of a porcelain electric toaster, possibly a General Electric brand.

Clippers by Wahl with its original box and accessories.

Have you ever looked at your toaster and imagined it sitting in a museum? Richard Larrison has.

Some of the collection is organized according to the brand of the appliances, and some are organized by the year when they were made. The oldest appliances date from 1902.

Many years ago, Larrison’s brother-in-law, Dennis Lebow, asked for his help in gathering antique electric fans. Larrison jumped at the opportunity, and that’s how his own collection began.

Janice Larrison, Richard’s wife, reckons they’ve been collecting for 35 to 40 years. As the years went by, the couple would rummage through antique shops, looking for small electric appliances to add to the list. Larrison also began to surf eBay when he couldn’t find anything in the shops.

Soon enough, the collection grew too big for their basement, and their friends suggested they should display it. They already owned JR’s Western Store, which sells boots, saddles and clothing, so they decided to attach a museum.

Today, the museum attracts collectors and clubs, as well as fascinated people from far and wide.

Larrison’s toaster collection is especially large, with 1,500 items. His toasters have won ribbons and trophies at the annual Oktoaster fest, which takes place in different cities around the country.

In 2012, he won the “Best in Show” award at the Toaster Collectors Association convention for a Hotpoint Utility Iron from 1915. Even back in 2006, well before the museum opened, Larrison won “Best in Show” for an unmarked swinging toaster, according to the Saturday Evening Toast.

As a member of toaster and small appliances clubs, Larrison can affirm that he’s got 40 one-of-a-kind pieces, his personal favorites from his vast collection.

His wife prefers a porcelain set that includes a toaster, coffee pot, waffle iron and sandwich maker. Though the couple doesn’t collect as vigorously as they used to, when traveling out of town, they still make time to visit the antique shops and flea markets.

A guided tour of the museum can be booked with Richard Larrison, who can talk to visitors about the function of each appliance and occasionally might also show them how it works.

Nearly all of the appliances are in working condition. For collectors, a separate section offers the chance to purchase some of the duplicates Larrison has acquired over the years.

For security reasons, the museum can only be accessed through the Western Store. Visitors can ask store managers to show them the entrance door.

Dina Stevens, Larrison’s daughter and store manager, might also accompany and share information if she has the time. Most people take a self-guided tour, though not much information is presented with the appliances. Nevertheless, it is a completely free museum, and visitors can choose to donate toward the upkeep.

The museum is open all year, as long as the Western Store is open. When asked why Larrison hasn’t put a ticket on his fascinating collection, his wife said, “He would just like everyone, young and old, to just enjoy it and see this stuff. Because he loves it.”