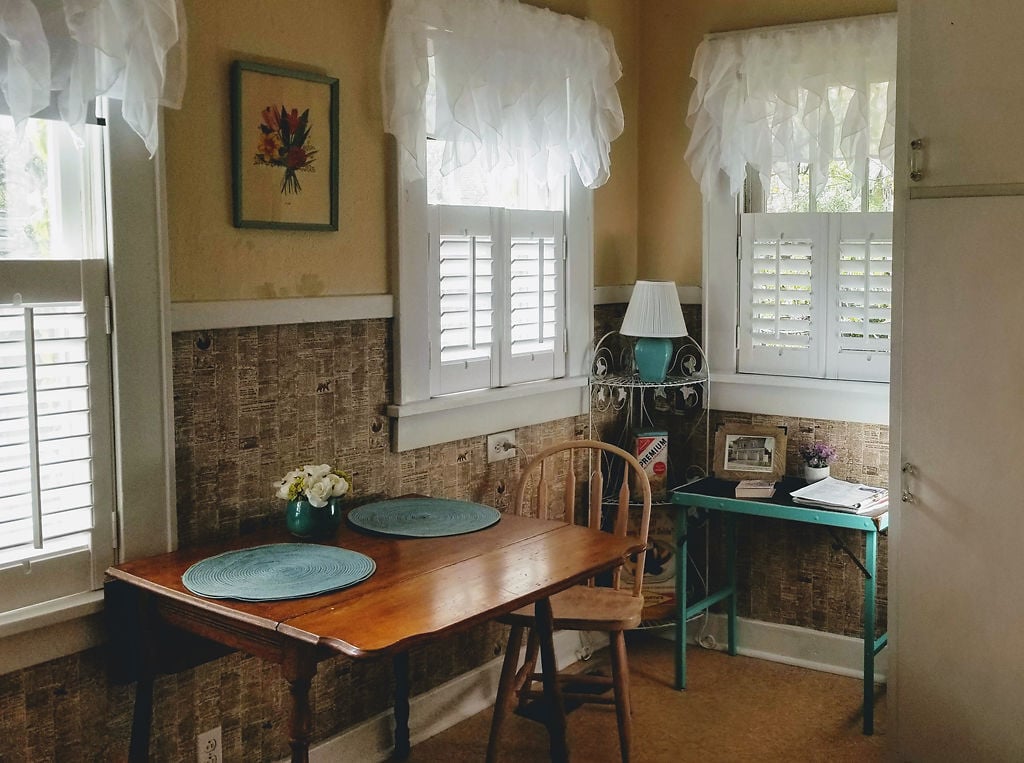 Originally, there was a built-in "booth" in the corner of the kitchen. The shelving is where the original door stood the night of the shootout. This door now hangs in a museum. 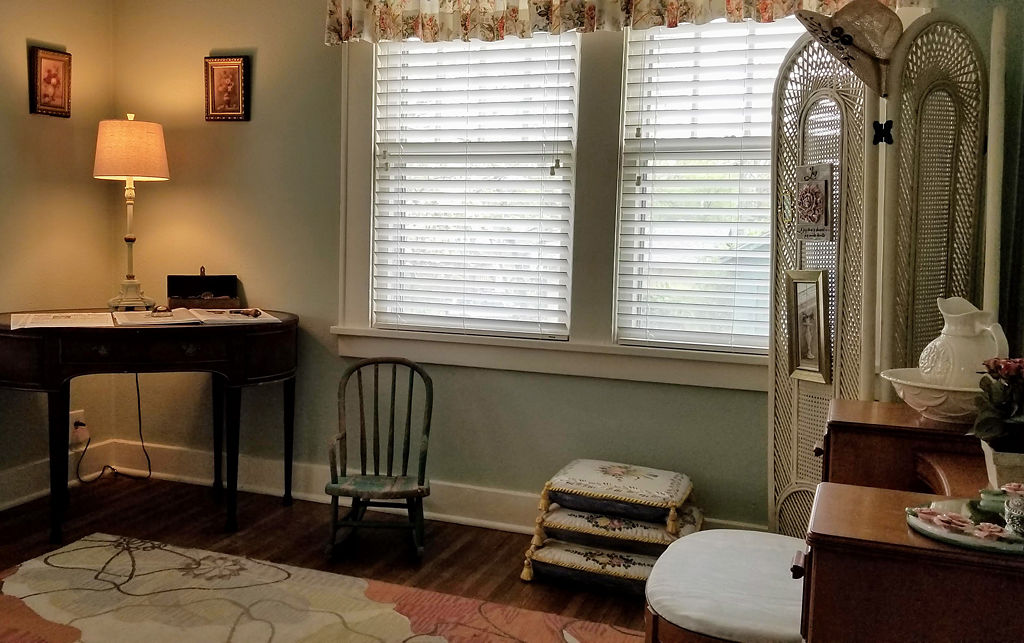 This is the bedroom where Buck and Blanche Barrow slept. 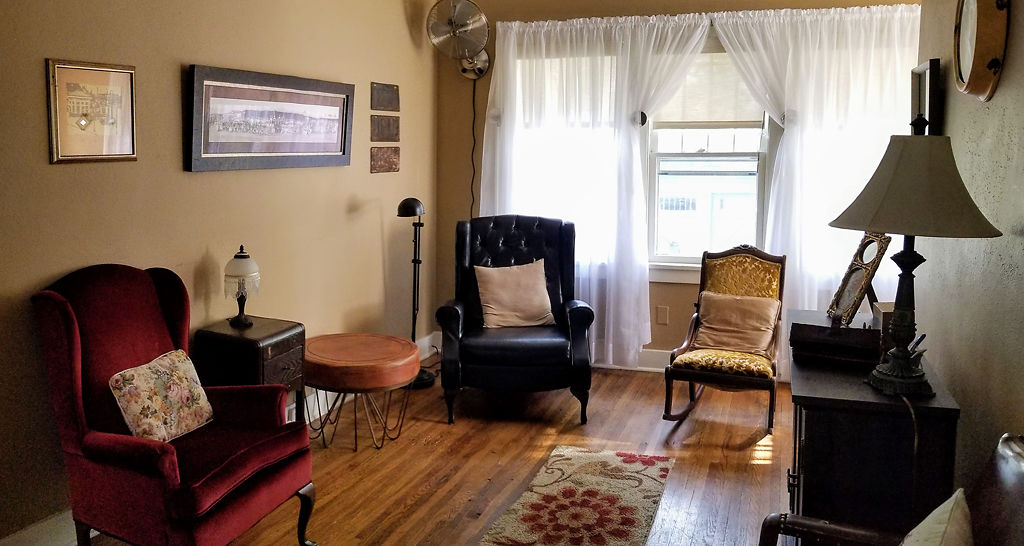 Originally, there was a built-in "booth" in the corner of the kitchen. The shelving is where the original door stood the night of the shootout. This door now hangs in a museum.

This is the bedroom where Buck and Blanche Barrow slept.

Spending the night in an apartment where notorious criminals hid from the police doesn’t sound ideal. But if the criminals were Bonnie Parker and Clyde Barrow, you can’t help feeling intrigued.

In October 2016, Saundra Carr Cooper and her husband Stan purchased a former hideout for Bonnie and Clyde in Joplin, and have since opened it up to the public as a homestay.

Most of us know about Bonnie and Clyde, the criminal couple who committed a series of robberies during the Great Depression, along with Barrow’s brother, Buck, and his wife Blanche.

On April 1, 1933, the four-member Barrow gang and W.D. Jones, another partner, rented this apartment in Joplin. The gang spent 13 days in the apartment, gathering ammunition and planning their next course of action.

Eventually, neighbors got suspicious and called the police. The stay ended abruptly with a shootout that killed police officers Wes Harryman and Harry McGinnis.

As the gang rushed out, they left behind a number of items, including a camera with their photographs. These photographs were used by the police to later nail them.

“You don't get very many opportunities to buy a piece of history,” Saundra Cooper said.

The apartment, built in 1927, has a garage on the ground floor and rooms on the first floor, including two small bedrooms with closets, a big kitchen, a large living room and a bathroom.

Originally, a staircase led to two doors, one to the living room and another to the kitchen. The glass pane in the kitchen door was shot at during the shootout, however, and now hangs in a local museum.

The bathroom, however, does have the original tiles, bathtub and light fixtures. The only section of the house that is inaccessible for visitors is the garage. The Coopers have kept it off-limits as a sign of respect for the two officers who died there.

Every room of the apartment has windows, including the staircase. This gave the Barrow gang a 360-degree view of the outside, and thus they could always be aware if someone was approaching.

The apartment is furnished with period-specific pieces gathered from antique shops, including the beds, kitchen table and love seat from the 1930s.

Visitors have left reviews claiming they felt like they were stepping back in time. To continue the authenticity, the Coopers have hidden appliances, such as the microwave, toaster and television behind cabinet doors.

Photographs and newspaper articles about the Barrow gang, the original "Bonnie and Clyde" film from 1967 and a book by Blanche Barrow called "My Life with Bonnie And Clyde," are placed around the apartment.

The book includes a chapter on what happened when the gang stayed in the Joplin apartment. Several other historical books can be found around the house, and the Coopers also provide a guide with local points of interest.

Visitors have flocked to the apartment from around the world, and last year it hosted 200 Airbnb guests, who can let themselves in through a keypad.

Nearby popular sites in Joplin include the Grand Falls, the Wildcat Glades Conservation & Audubon Center, the Joplin Museum Complex, downtown Joplin and the Redings Mill Inn.

What: Bonnie and Clyde Apartment

When: Open all year for booking through Airbnb