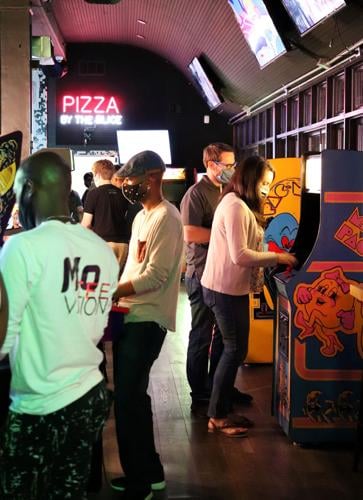 Up-Down Arcade Bar has set up more than 60 arcade games, including classics like Pac-man and Galaga. 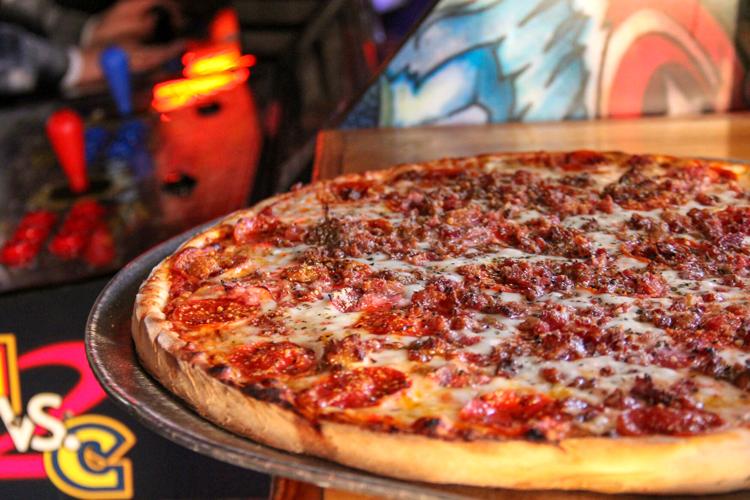 Up-Down sells pizza by the slice and 18-inch pizzas for groups that are served through a walk-up window inside the bar. 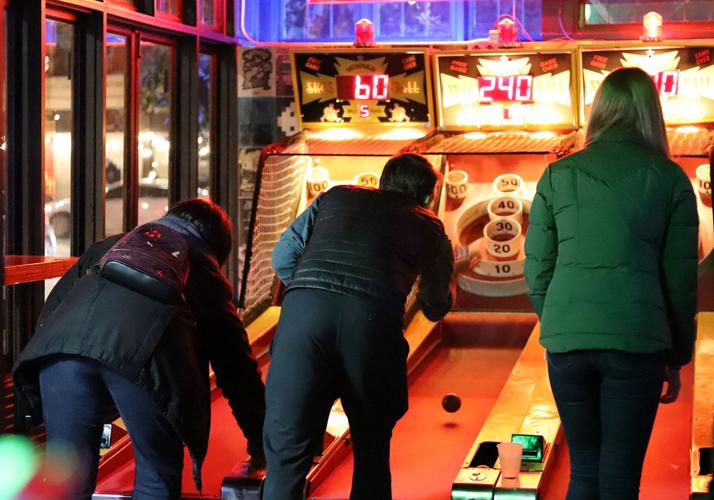 Skee-ball is the most popular game within the arcade, general manager John Hyde said. Skee-ball tournaments are held every fourth Tuesday of the month.

Up-Down Arcade Bar has set up more than 60 arcade games, including classics like Pac-man and Galaga.

Up-Down sells pizza by the slice and 18-inch pizzas for groups that are served through a walk-up window inside the bar.

Skee-ball is the most popular game within the arcade, general manager John Hyde said. Skee-ball tournaments are held every fourth Tuesday of the month.

Classic games, homemade pizza and a large selection of craft beer can be found at Up-Down Arcade Bar in St. Louis.

Up-Down Arcade Bar St. Louis was the fifth location of the chain to open in the Midwest, with others in Kansas City, Minneapolis, Milwaukee, Des Moines, Oklahoma City and Nashville.

The building at 405 N. Euclid Ave. in the Central West End of St. Louis is filled with more than 60 arcade games from the 1980s and ’90s, including pinball machines, skee-ball alleys, Nintendo 64 consoles and more.

Each game uses one token to play, and each token costs 25 cents. On Thursdays, tokens cost 10 cents, and during the day on Saturdays, two-for-one tokens are available.

“A lot of places have the (video game) concept,” said the general manager, John Hyde. “It’s a bar, and then off in the corner are some video games. For us, it’s like the whole experience.”

Hyde said the games appeal to people of all ages, bringing back childhood nostalgia for the older players and a retro, throwback experience for younger generations.

The most popular games at Up-Down are skee-ball, Pac-man/Galaga, and Killer Queen, which can hold up to 10 players at a time, Hyde said.

“We really want to make it accessible for people to be able to play as many games as they want,” he said.

Along with games, homemade pizza from scratch is sold by the slice, typically cheese or pepperoni plus additional specials. For groups, 18-inch pizzas can be ordered.

The bacon-mac-and-cheese is a favorite, Hyde said. Other specialities include bbq chicken, Cajun chicken and jalapeño popper. Hyde’s favorite is a co-worker’s creation called the “Mona Lisa,” a vegetarian pizza with a garlic-olive-oil base.

Customers may order a pizza inside or go online to arrange pickup, with a pizza window for easy carryout.

Nearly 75% of the draft selection at the St. Louis location is local, coming from the city, state and nearby Illinois areas. Beer from the Urban Chestnut Brewing Co., Brick River and Columbia’s Log Boat Brewing Co. can be found at Up-Down St. Louis.

A variety of events are scheduled at the arcade regularly, Hyde said.

Skee-ball tournaments are held on the fourth Tuesday of every month.In April, Up-Down held “A Night To Remember,” which gave visitors a second chance to create a prom memory.

Other events include an emo-night with pop punk music, a Super Smash Bros. tournament and Beat the Brewer, where customers can challenge Craft Brewery representatives to games for prizes.

Family Days allow those under 21 to play during limited hours while pizza slices, soda and other kid-friendly drinks are available. The next Family Days are June 5 and July 10.

Fundraising events for charities are also held throughout the year. Coins for a Cause is one monthly event that donates all token sales to different designated charities.

Hyde said he hopes the place offers a good experience to customers.

“We really like to kind of try to awaken the inner child within people, and really remind people of that childhood experience and the good times they had growing up,” he said.

What: Bar with over 60 arcade games, locally crafted beer, and homemade pizza

Clothing, instruments, records and items from music venues are some of the exhibit pieces visitors can see.