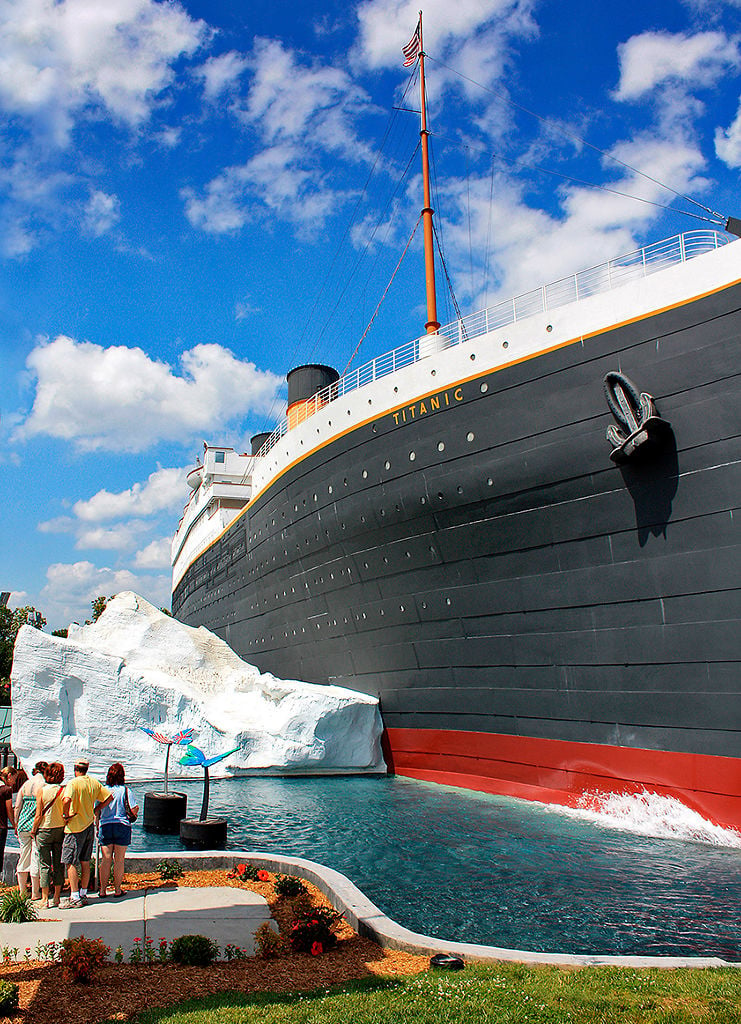 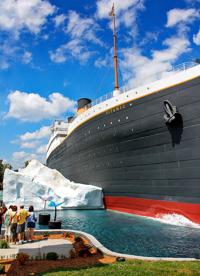 The Titanic Museum in Branson was built half-scale from the original blueprints. 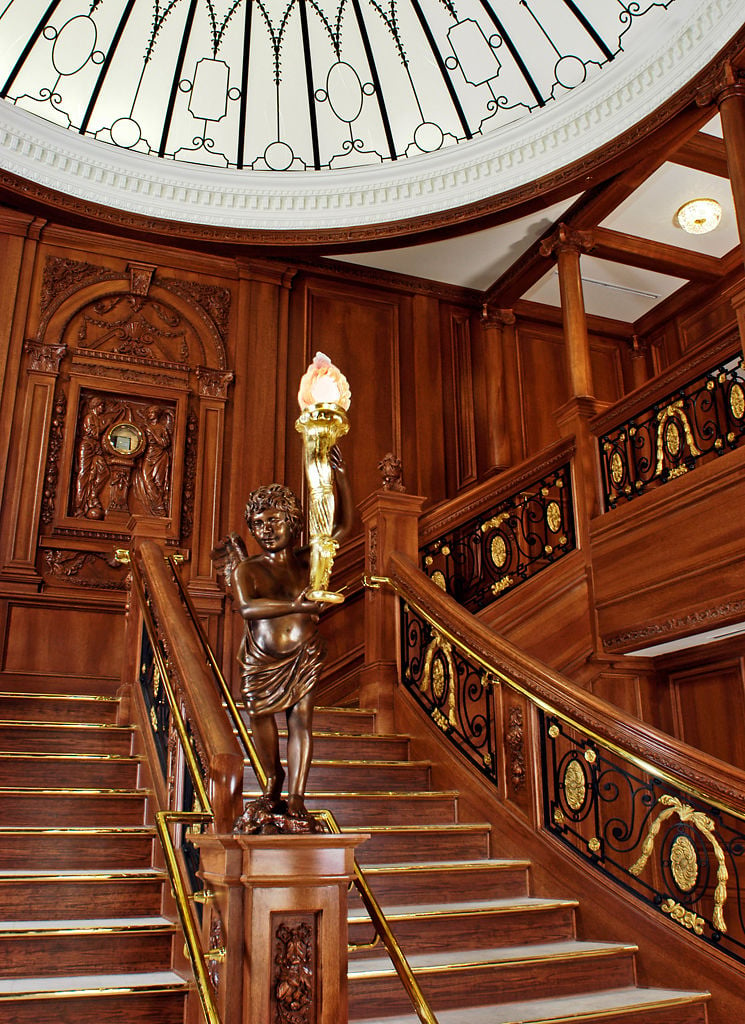 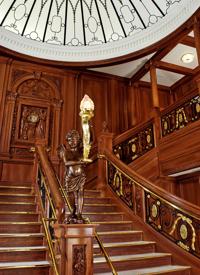 The Grand Staircase was built full size from the original blueprints. The 24K gold on the staircase was shipped from California and cost over $1 million. 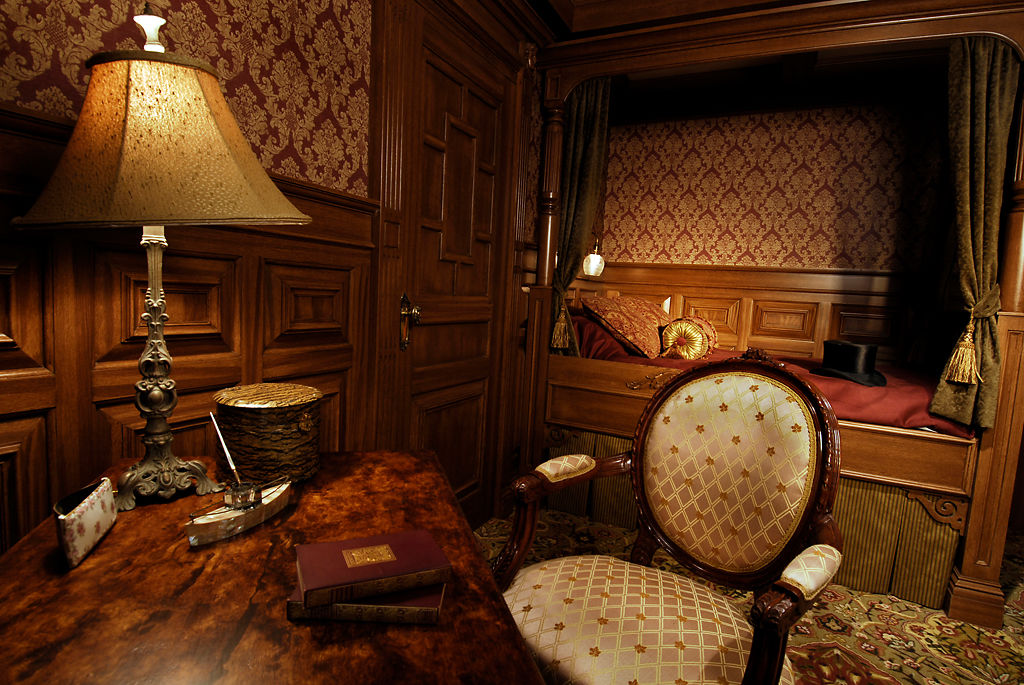 A replica of a first-class suite bedroom has period-specific furnishings.

The Titanic Museum in Branson was built half-scale from the original blueprints.

The Grand Staircase was built full size from the original blueprints. The 24K gold on the staircase was shipped from California and cost over $1 million.

A replica of a first-class suite bedroom has period-specific furnishings.

In 1987, John Joslyn led an expedition to the sunken Titanic wreckage, and ever since, he’s been on a mission to collect artifacts of the ship scattered around the world.

In 2006, Joslyn and his wife, Mary Kellogg-Joslyn, opened the Titanic Museum in Branson, exhibiting a permanent collection of memorabilia including 400 artifacts. A few years later, a sister museum opened in Pigeon Forge, Tennessee.

The Joslyns, originally from Los Angeles and New York, worked as television producers. They chose to place their collection in Branson, which had a lack of museums in the area at the time but also a thriving tourist industry. The museum was built in 14 months.

The collection pays tribute to the 2,208 passengers and crew members of the ship. It is a mostly self-guided interactive experience inside a ship-shaped building.

Crew members are trained for three months and become knowledgeable about the stories they pass on to visitors.

Dressed in period-specific clothing, they are stationed in different parts of the museum. Visitors are handed a boarding pass with they enter, each with the story of a passenger whose fate is revealed during the tour. Visitors can walk around to view models, cutouts, maps, photographs and other memorabilia from the ship.

A striking aspect of the museum is an exact replica of the hand-crafted grand staircase, built using the original blueprints. This room cost $1 million to build, has 24-carat gold ornamentation, elaborate woodwork and a milk glass skylight.

On the museum website, John Joslyn describes other highlights: “Visitors can touch finely carved wooden inlays, grasp the wheel on the captain’s bridge, tap out messages on the ship’s wireless, feel an iceberg’s chill, stroll decks and galleries and listen to stories told by real survivors.”

Visitors can also shovel coal and peep into full-scale cabins and the engine room. Artifacts on display include such authentic objects as a luggage box, dinnerware, deck chair, life jacket and pocket watch.

According to Mary Kellogg-Joslyn, the museum seeks to spike the curiosity of visitors about their own past, as well as disseminate the stories of those onboard the Titanic.

“What I'd like the families to do is get in their car and talk about their family history,” she said, while explaining the takeaways for visitors.

Kellogg-Joslyn believes James Cameron’s film introduced an entirely different generation to the ship’s story, and thus the museum is often visited by families with children who are fascinated by its history.

Children are referred to as Titaniacs and encouraged to learn about the museum. Virtual discussions and virtual tours targeted at children are also conducted. The museum has also been visited by descendants of the survivors.

“We've had over 300 visitors, and they all have the same reaction. Thank you for telling our family stories,” Kellogg-Joslyn said.

The museum keeps adding to its collection, and one staff member is solely dedicated to scouting artifacts from auctions around the world. New items are displayed every year; this year the violin of Wallace Hartley, a Titanic bandleader, priced at $1.7 million, is on display.

Tickets can be purchased online or via phone call and can be combined with other Branson attractions. Groups can also book a murder mystery that takes place at the museum.

The hours of the museum change each month, so check the website before you visit.

DARKOW: Happy to be deserted