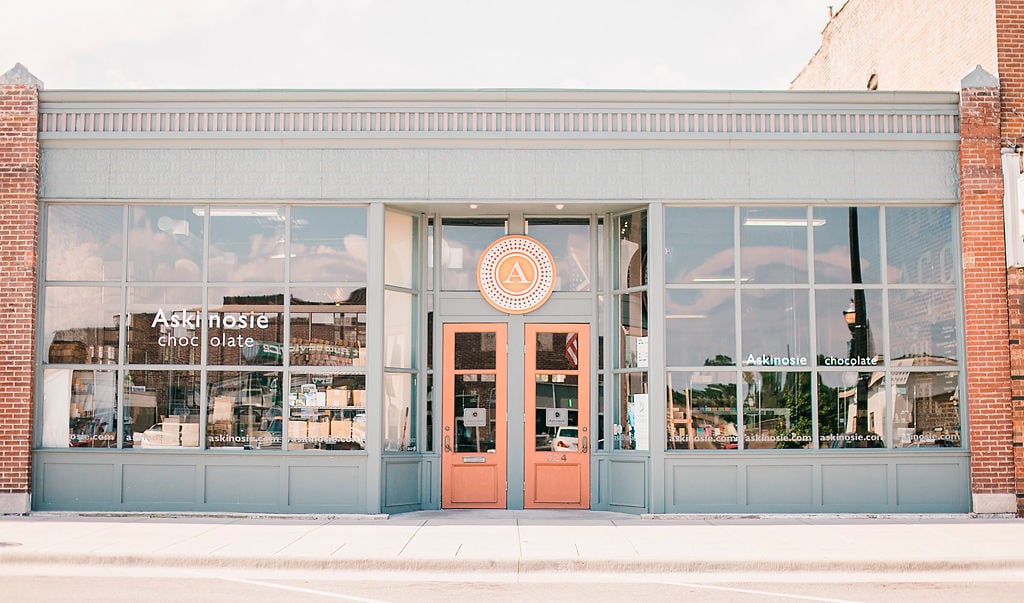 {span}The exterior of the Askinosie Chocolate Factory in the fall of 2019.{/span} 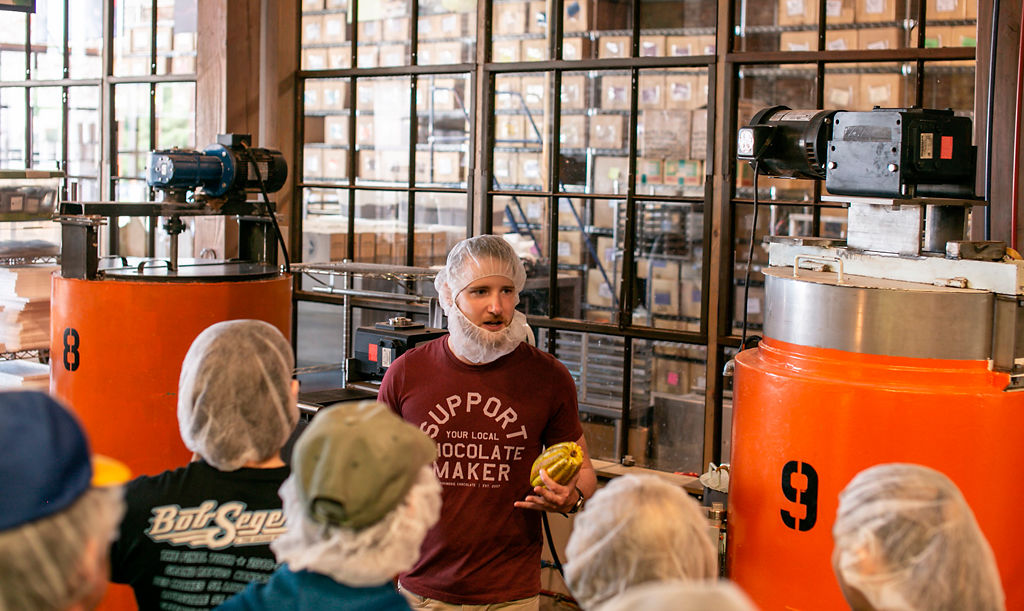 Tour attendees at the Askinosie Chocolate Factory watch the production team while standing in front of the chocolate holding tanks in fall of 2019. 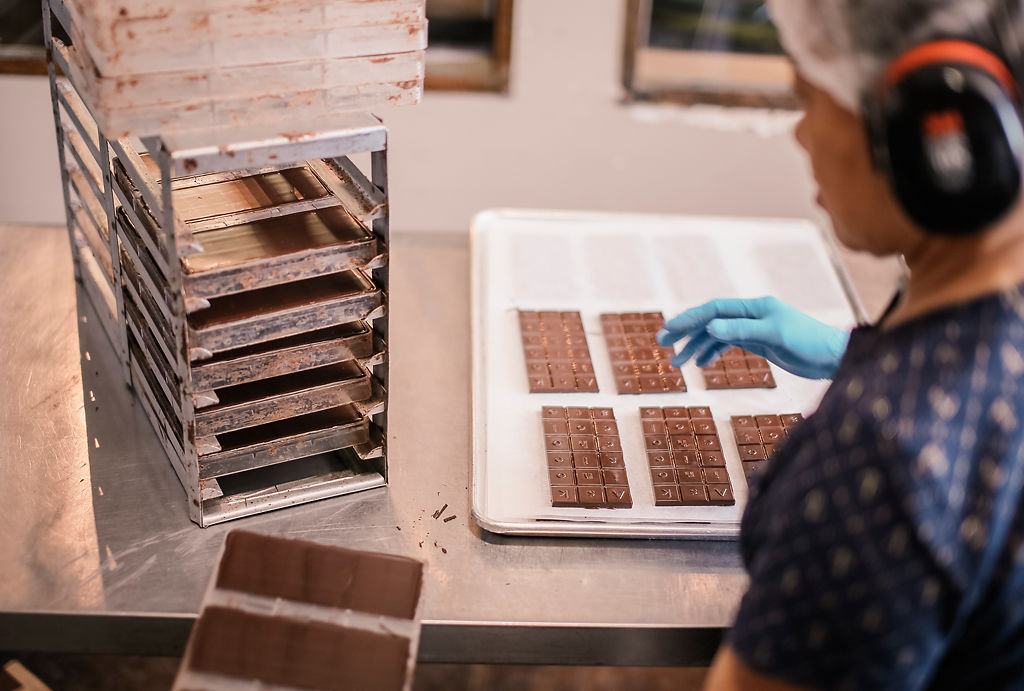 Chocolate bars fresh off the molding line at the Askinosie Chocolate Factory.

{span}The exterior of the Askinosie Chocolate Factory in the fall of 2019.{/span}

Tour attendees at the Askinosie Chocolate Factory watch the production team while standing in front of the chocolate holding tanks in fall of 2019.

Chocolate bars fresh off the molding line at the Askinosie Chocolate Factory.

If “Charlie and the Chocolate Factory” had been set in Missouri, the chocolate factory could be owned by Shawn and Lawren Askinosie.

Just like Willy Wonka, they love asking chocolate lovers to tour their factory.

The Askinosie Chocolate Factory is located within an 1894 carriage factory in Springfield. It is one of the few in the country making chocolate from scratch, a so-called bean-to-bar operation.

Every Tuesday afternoon, the retail manager provides a behind-the-scenes tour of the place.

Besides learning the origins of the company, their community development efforts and the history of the cocoa industry, visitors get to see how chocolate is made, and they get to taste it.

Named one of seven great chocolate factory tours by USA Today, anyone can purchase a ticket for this 45-minute experience.

The tour starts with the story of Askinosie’s origins. Shawn Askinosie, an MU alumnus, worked as a criminal defense lawyer for 20 years. In 2005, while driving home from a funeral, he knew he had to do something else or his job would kill him.

Within a few months, he was in the Amazon studying the harvest techniques of cocoa farmers. Starting with a grinder and a bag of beans in his kitchen, they tested their products and eventually bought a building and set off to make perfect chocolate.

Though a small operation, Askinosie directly sources its cocoa beans from farmers in Ecuador, Philippines, Tanzania and Amazonia, and shares profits with farmers. Askinosie ships products — including dark, milk and white chocolate bars, cocoa powder and baking chocolate — to stores and consumers around the world.

In the process, they have won national awards such as the Good Food Award in January 2020 for their dark chocolate and red raspberry CollaBARation™ bar.

According to daughter Lawren Askinosie, the tour provides in-depth information on the cocoa industry.

“We give some insight into the candy bars that people might be picking up at a convenience store or at the grocery store,” she said, “and hopefully give them some information to chew on and think about when it comes to their future chocolate purchases, with regard to the farmers who are behind those products and how they’re being treated.”

Visitors get to witness how chocolate is made from scratch, from cocoa beans being roasted, to chocolate liquor and cocoa butter being made, to the bars being molded and hand packaged.

They can also take a look at complex machinery involved in the process, including the roaster, winnower, melangeur, universal refiner and conche.

A satisfying component of the tour is tasting the chocolate, which begins with the cocoa beans and ends with the chocolate bars. Visitors are exposed to a wide range of flavors such as bars made with avocado, rosemary, black licorice and coconut sugar.

“We will show people the formal official way of how to taste chocolate,” Lawren Askinosie said. “But of course, people are more than welcome to just plop the piece in their mouth too.”

At the end of the tour, customers can purchase the chocolate products with a 10% discount. Earnings go toward Chocolate University experiential learning programs for children in Springfield as well as Tanzania.

When: Tours are conducted at 3:30 p.m. every Tuesday up to a maximum of 35 people. Need to book in advance.

Cost: $5 for adults, $4 for children and students.

Note: Children under 5 must be in a stroller; strong magnets in the factory can affect pacemakers or other devices; open-toe shoes are not permitted; and hairnets and beard nets might be required for sanitary reasons.