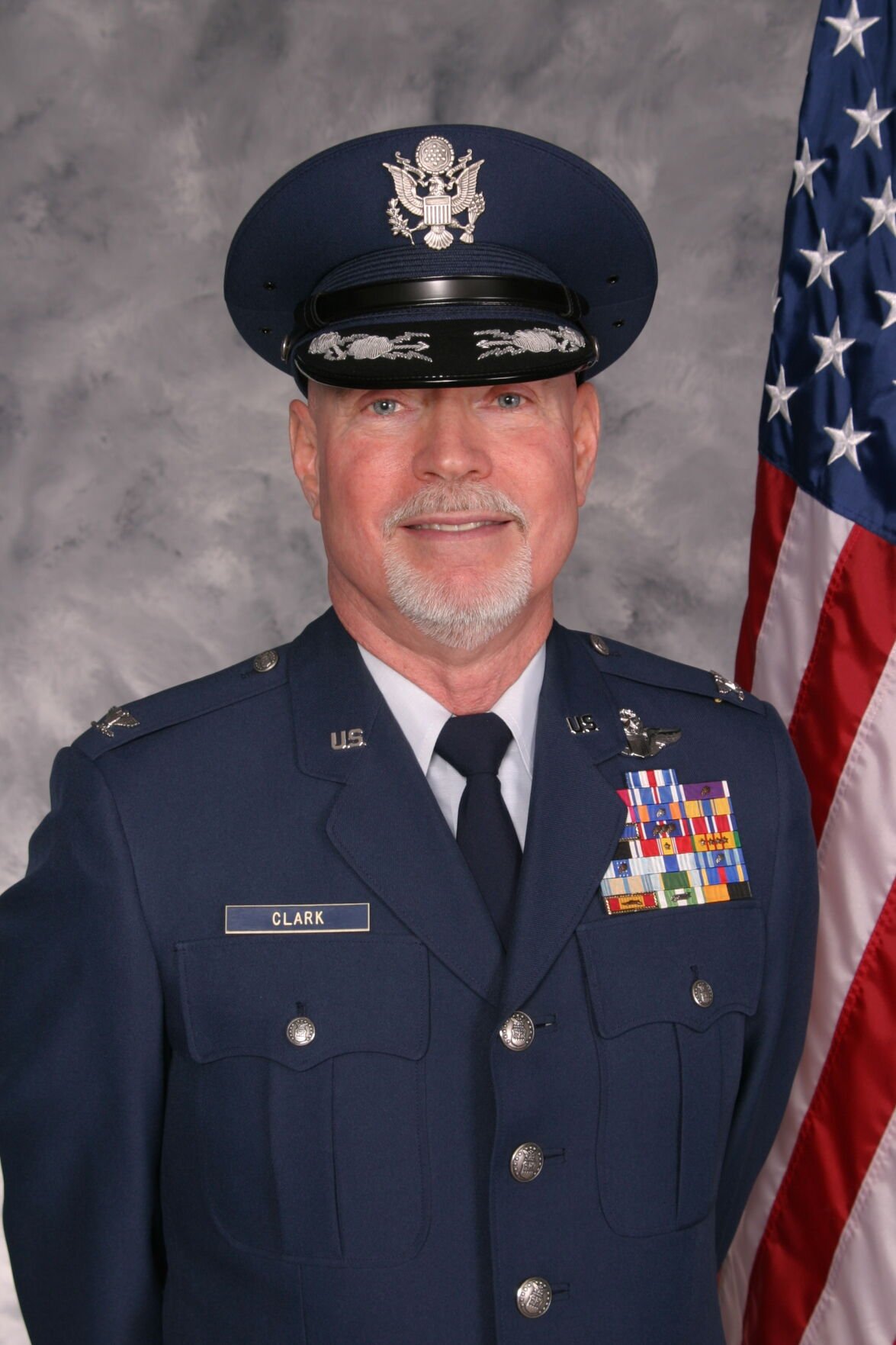 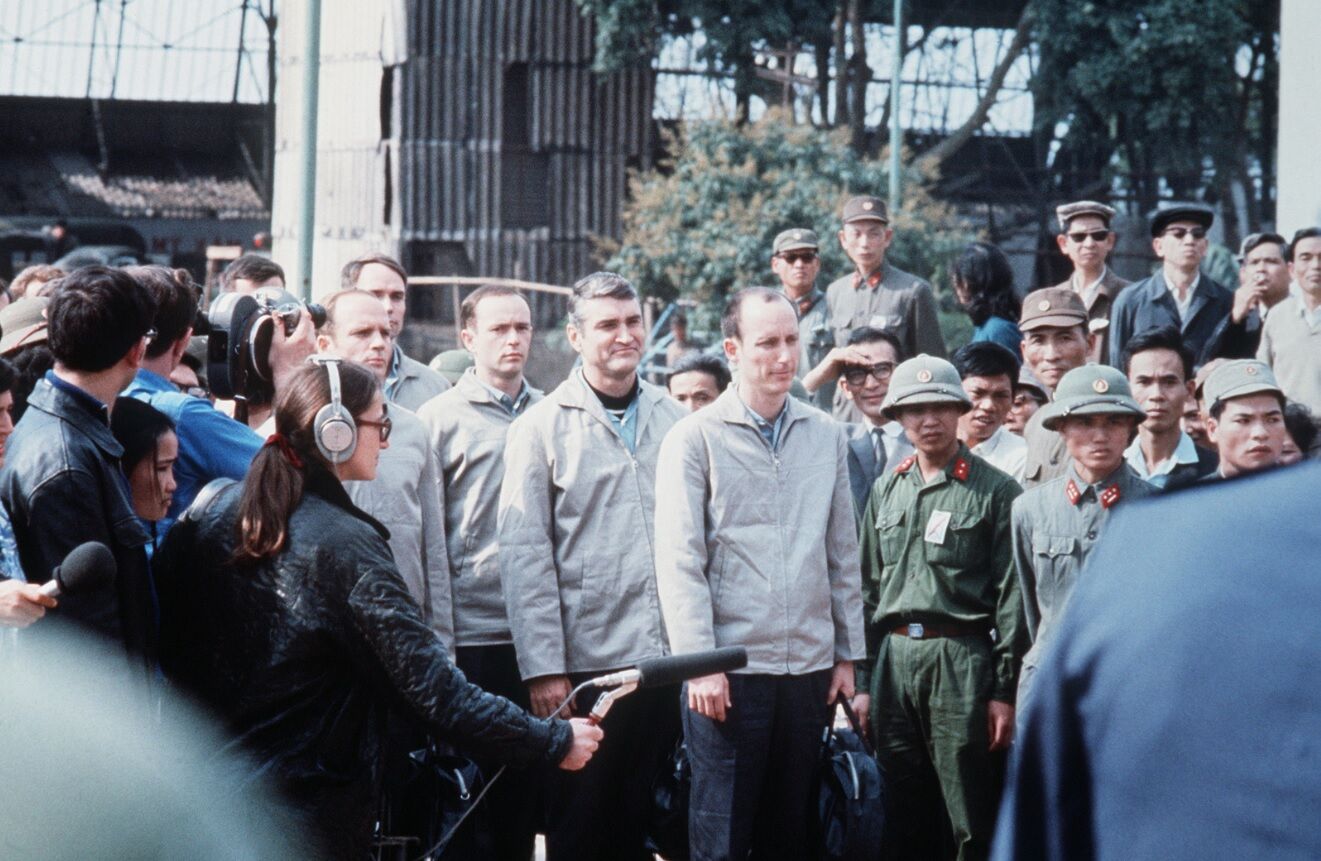 Col. Clark and another pilot take off from Udorn Royal Thai AFB, Thailand, for a combat mission over North Vietnam.

On March 12, 1967, United States Air Force Capt. John Clark was piloting an RF-4C Phantom II on a tactical reconnaissance mission over North Vietnam. In an attempt to keep under the enemy’s radar and offer less acquisition time for anti-aircraft gun crews, he was flying at an extremely low altitude – just 100 feet off the ground.

The RF-4C was an unarmed supersonic jet aircraft that carried a variety of film-based cameras, as well as infrared and radar sensors for the purpose of intelligence gathering. The tandem two-seat plane was manned by pilots whose motto was “Alone, Unarmed, and Unafraid.”

Although Clark and the other pilot in his plane viewed this particular mission as a low risk “milk run,” their circumstances changed quickly after their jet was hit by 37mm ground fire.

“We were flying at a speed of about 600 miles per hour when the plane pitched up and began tumbling,” Clark said. “We were heading for the side of a mountain and the aircraft was out of control. At that point, we were just along for the ride, so we had to eject.”

Clark was unable to reach the primary ejection handles located above his head because of the extreme G-forces created as the plane tumbled out of control. Instead he grabbed the backup ejection handle between his legs and pulled.

“There was no time to consider other important factors, such as the position of the canopy in relationship to the ground,” Clark said. “The plane was tumbling end over end and if we ejected while the canopy was facing down, we both would have been shot into the ground and killed instantly. However, we had to get out, so I pulled the handle, and well, nothing happened.”

Clark’s mind instantly went back to his training. He remembered that he should expect a slight delay before ignition of the explosive charge that would send him and his seat out of the plane. Although it seemed like forever, it was only about one quarter of a second.

“My head flung from side to side and I remember my arm flailing uncontrollably,” Clark said. “I couldn’t see anything except a gray blur punctuated by flashes of light. When my chute opened, I saw our aircraft slam into the mountain. To understand how quickly all this happened, it took less than five seconds from the time I pulled the ejection handle to when my plane exploded.”

Miraculously, both pilots managed to eject and land somewhat safely. Clark was captured almost immediately. The other pilot from their jet engaged the enemy with his weapon and was killed.

The next day, Clark stood in front of the gatehouse of Hanoi’s infamous Hoa Lo Prison. To almost 600 Americans held captive there during the Vietnam War, it was better known as the “Hanoi Hilton.” For Clark, that day marked the beginning of his 2,170 days as a prisoner of war (POW).

Clark was born and raised in Columbia, Missouri. An alumnus of Hickman High School, he also graduated from the University of Missouri-Columbia (MU) in 1962 and was commissioned through MU’s Air Force ROTC program. By 1966, he was flying combat missions over Southeast Asia as part of the 11th Tactical Reconnaissance Squadron. After more than 80 combat missions he was shot down and captured.

Those held in the Hanoi Hilton were subjected to abuse on a daily basis. Punishments included, among other things, prolonged periods of solitary confinement – some for as long as three years at a time – and torture. The purpose was to force the POWs to participate in North Vietnam’s propaganda efforts to sway U.S. public opinion against the war.

“Prisoners captured before me had created a special tap code that allowed us to communicate with each other,” Clark said. “Even when they isolated us, we still could connect.”

Throughout their years in captivity, the POWs remained dedicated to each other. If one was offered an opportunity to be released – as part of the enemy’s plan to encourage participation in their propaganda efforts – the POWs refused, which meant more punishment.

“We would not accept early release,” Clark said. “None of us would go home unless everyone got to go home. Regardless of what the enemy did to us or how they referred to us, we still were members of the U.S. Armed Forces and we conducted ourselves accordingly.”

Following extensive B-52 airstrikes on Hanoi in late 1972, a ceasefire between the U.S. and North Vietnam was negotiated, which included the release of the POWs in early 1973. Clark had spent nearly six years in captivity – for three of those years his family thought he was dead.

After his release, Clark continued to serve in the Air Force, retiring as a colonel in 1992. His decorations and awards include, among others, the Silver Star, two Legions of Merit, the Distinguished Flying Cross, two Purple Hearts, the Meritorious Service Medal, six Air Medals, the Air Force Commendation Medal, and two Republic of Vietnam Gallantry Crosses.

Today, Sept. 17, 2021, is National POW/MIA Recognition Day. The staff at Harry S. Truman Memorial Veterans’ Hospital wish to convey our gratitude to Col. Clark for his service to our nation and for sharing his incredible story of devotion and perseverance. We also thank all other U.S. Veterans who have been held in captivity as POWs. Additionally, we recognize and wish to offer support to those families with loved ones still missing in action.