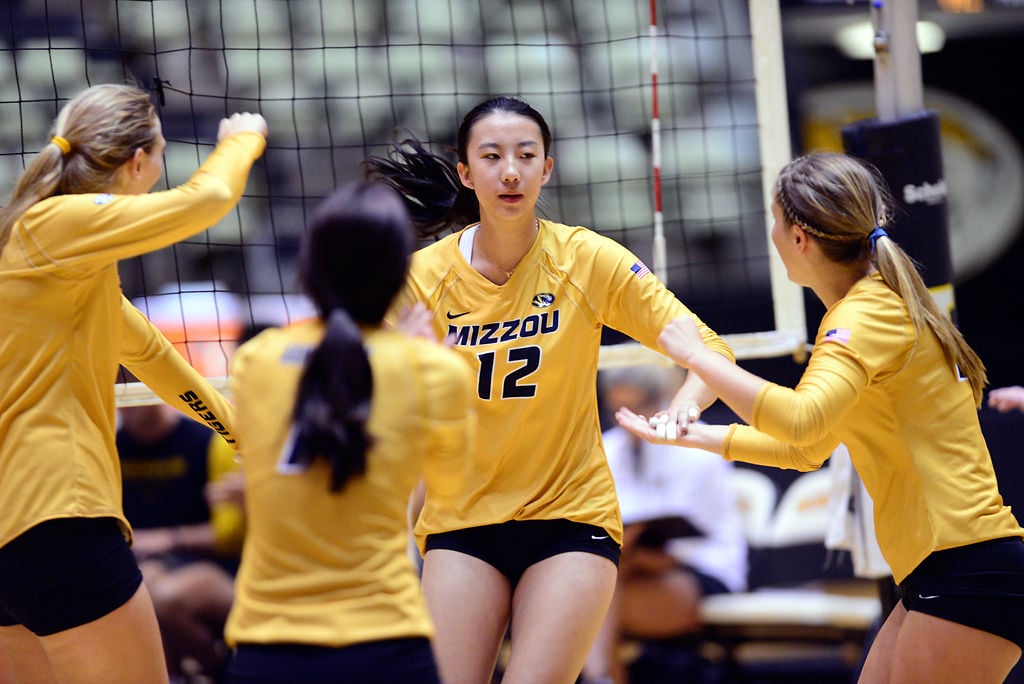 Hao Jin joins her teammates in celebration after getting a point during a Missouri volleyball scrimmage Thursday at Hearnes Center. 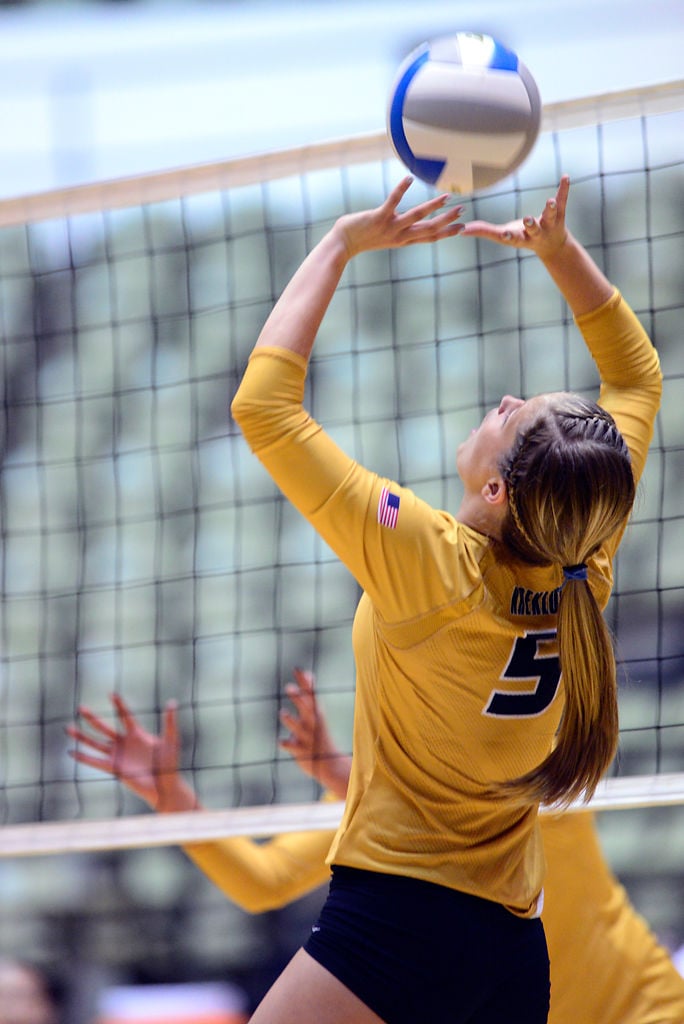 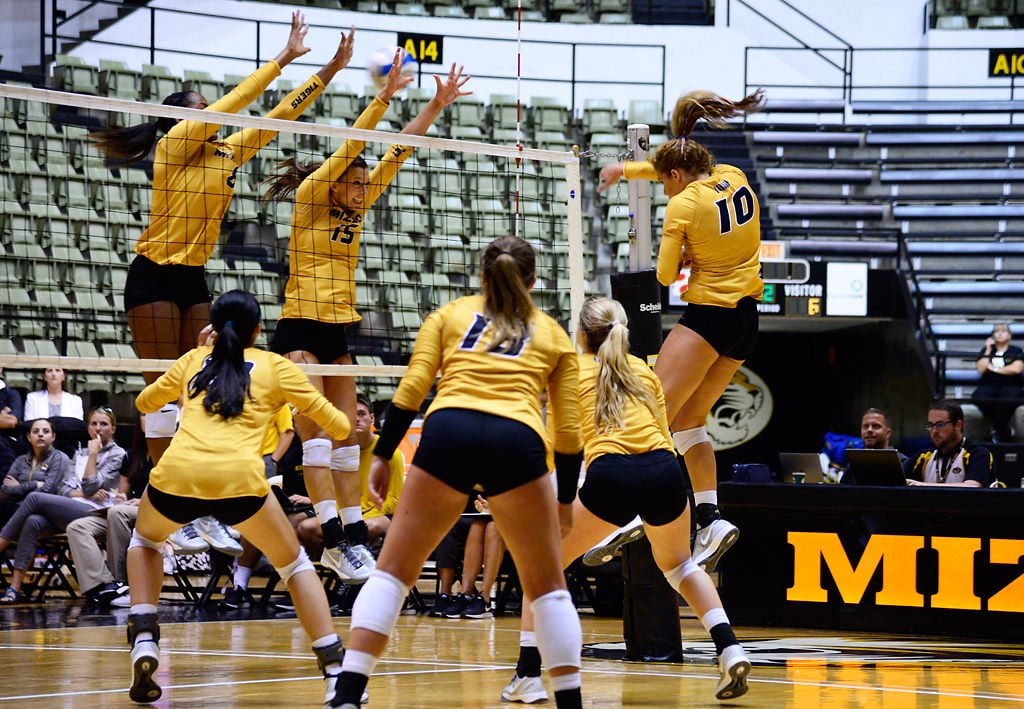 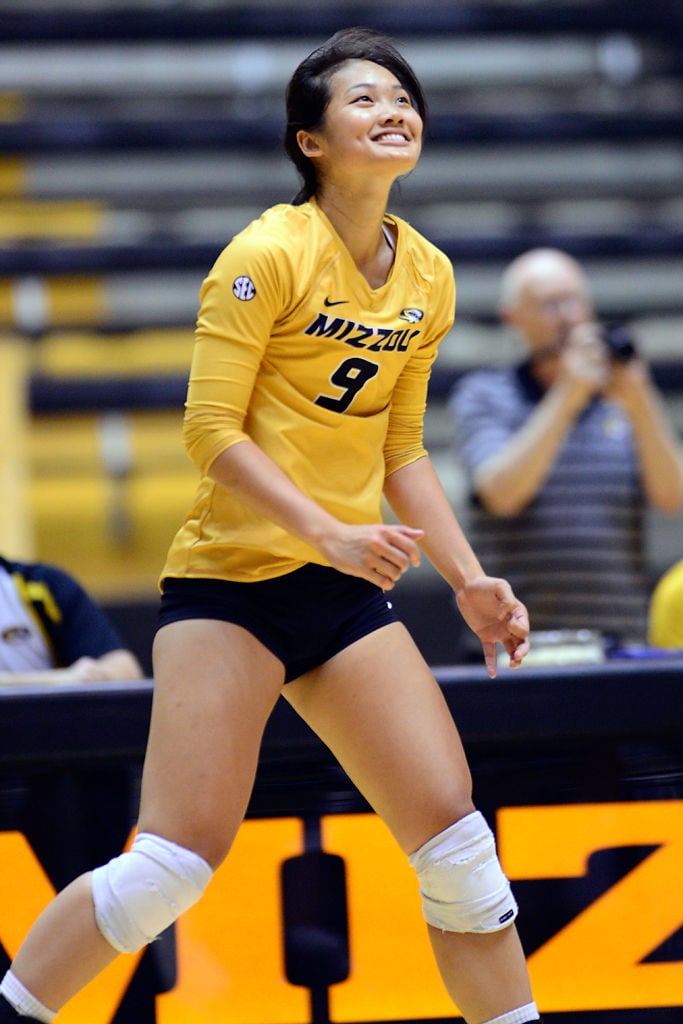 Carly Kan smiles and watches her teammates chase after the volleyball during Thursday's scrimmage at Hearnes Center.

Hao Jin joins her teammates in celebration after getting a point during a Missouri volleyball scrimmage Thursday at Hearnes Center.

Carly Kan smiles and watches her teammates chase after the volleyball during Thursday's scrimmage at Hearnes Center.

COLUMBIA — Kids scurried to their seats, balancing slices of pizza, and giggling. Arena attendants waved and yelled up to different sections. “Thanks for coming out.”

The Missouri volleyball team was happy to have a crowd for its annual Black & Gold Scrimmage at Hearnes Center. It was a large crowd, too, considering the low stakes of the match; 1,642 fans came to get an initial glimpse of the Tigers.

The event was for more than just the fans. The Tigers needed the tuneup as well.

Last season, she led the SEC with 19 double-doubles.

“It was a great atmosphere tonight, and it served as an outstanding experience for each of the ladies,” coach Wayne Kreklow said. “It was really big to get our newcomers out there and show what they’re capable of. I was pleased with our energy and competitive nature all night long. We’ll continue to get better in practice as we prepare for the Tiger Invitational next weekend at the Hearnes Center.”

Missouri opens the regular season a week from today, at home against North Dakota State. It then plays Winthrop and North Texas the next day.

Not that Missouri is looking ahead.

“I know its cliché, but I consider each match a big one for us,” Kreklow said earlier this week. “We have four tournaments before we start conference play.”

Last year the team finished 16-17. The Tigers lost their final three games and five of the last six.

It was a big disappointment considering the Tigers went 35-1 and won the Southeastern Conference in 2013.

But it wasn’t completely unexpected. Missouri lost some of its top players, including Molly Kreklow, who was named this week to the USA World Cup roster.

“We were a really young team in all positions,” Wayne Kreklow said this week of last season’s struggles. “We did what freshmen do. We were inconsistent. At times we looked really well and at times we didn’t look so well.”

On Thursday, the teams continually changed, but the Tigers all seemed to be comfortable playing with one another.

Prior to Thursday’s scrimmage was a youth clinic in which the Tigers’ players practiced with the children.

Melissa Hough brought her two daughters, Ashlyn, a sixth-grader, and Keatyn, a third-grader, to the clinic. They came from Hallsville and “had a lot of fun,” Hough said.

In a sense, that’s what the women on Missouri’s team did, too.

Next week, the games get more serious.

The Missouri volleyball team met Thursday evening at Hearnes Center for a team scrimmage. Coach Wayne Kreklow made sure every team member got …

The top 75 — plus 1 — players in NBA history are revealed