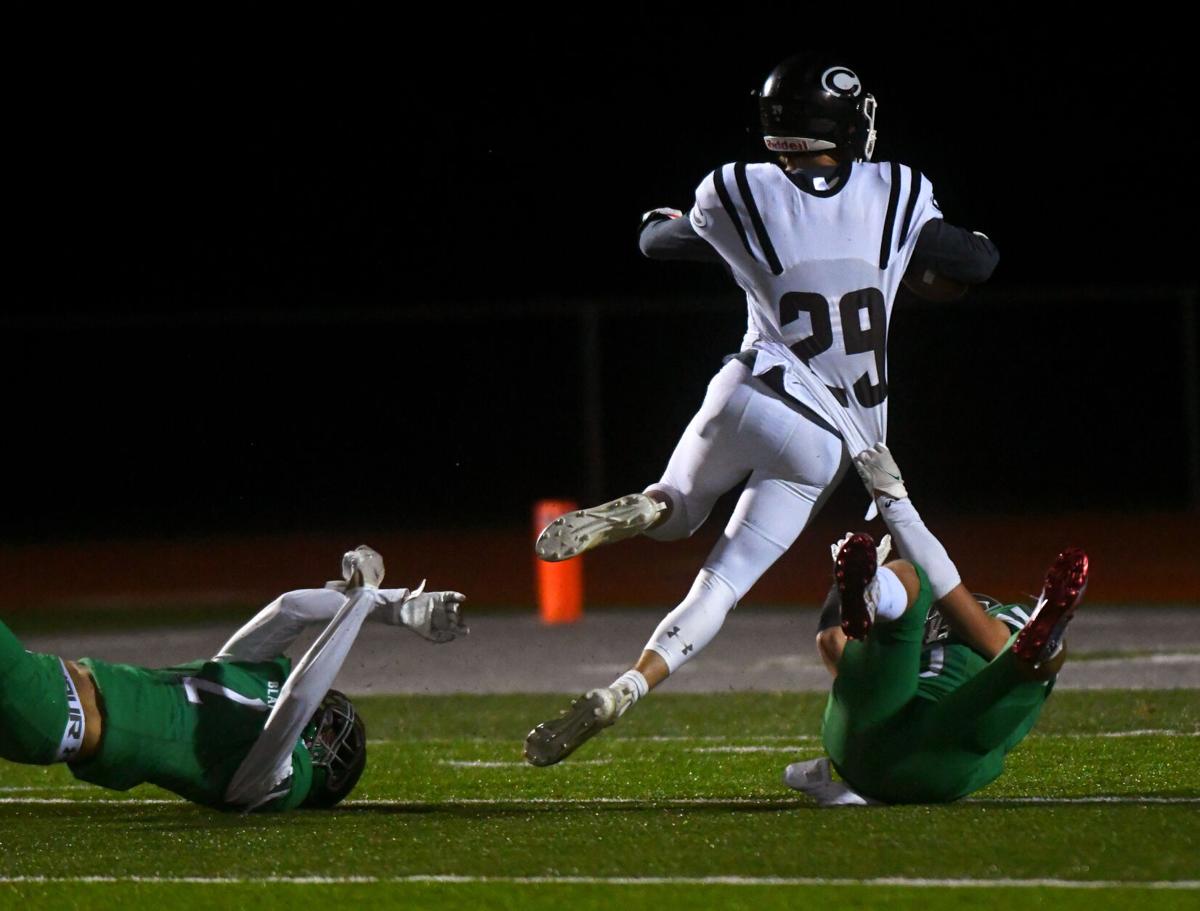 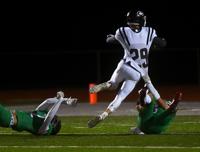 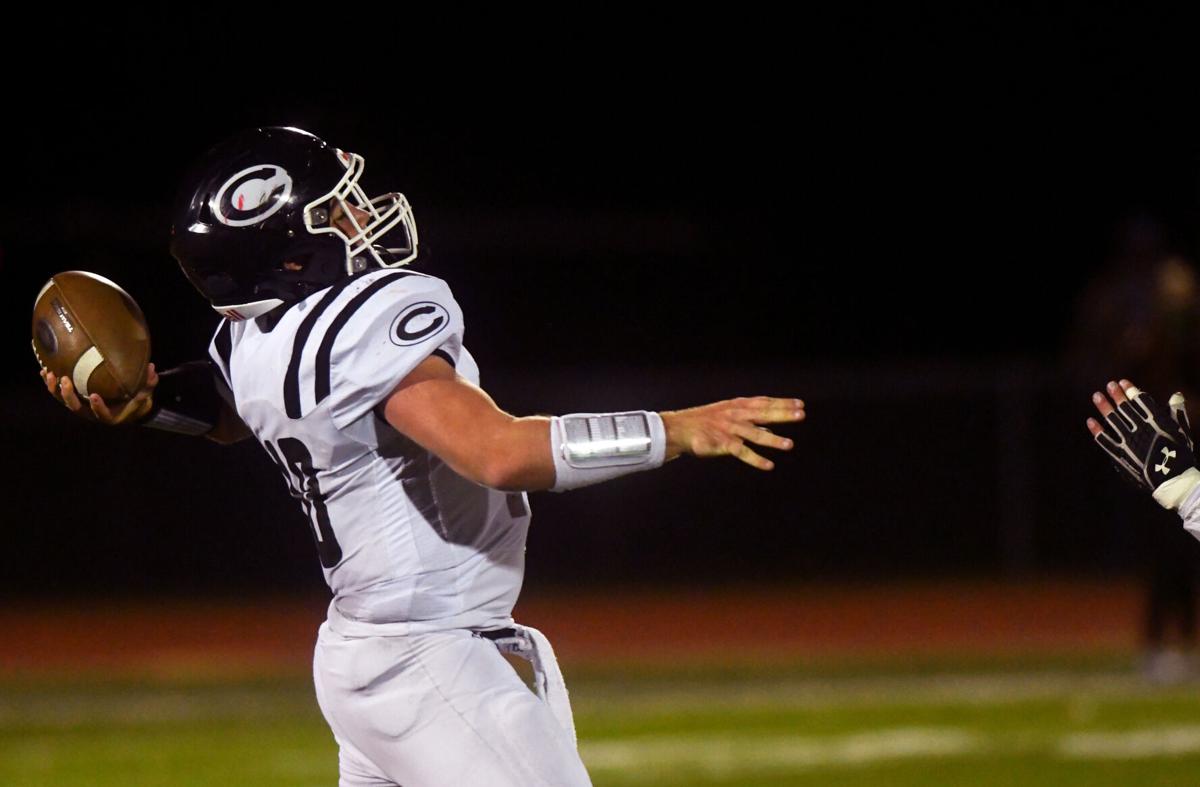 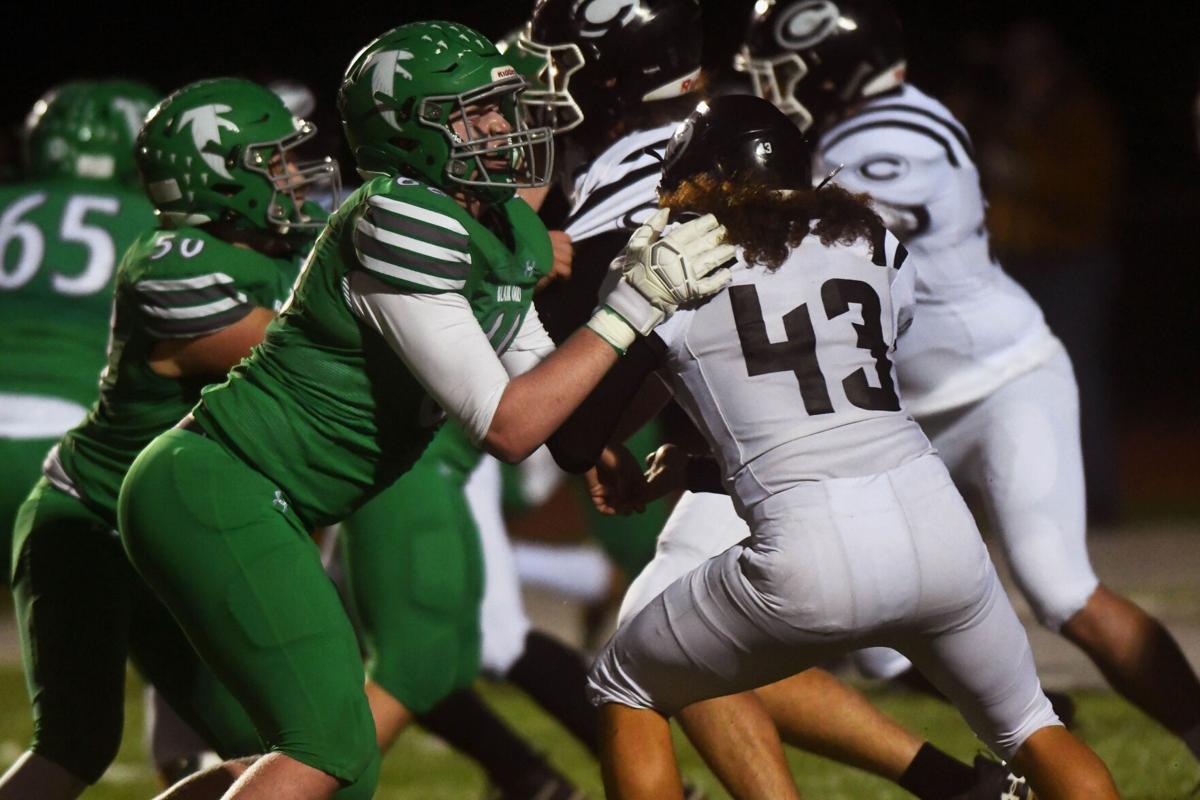 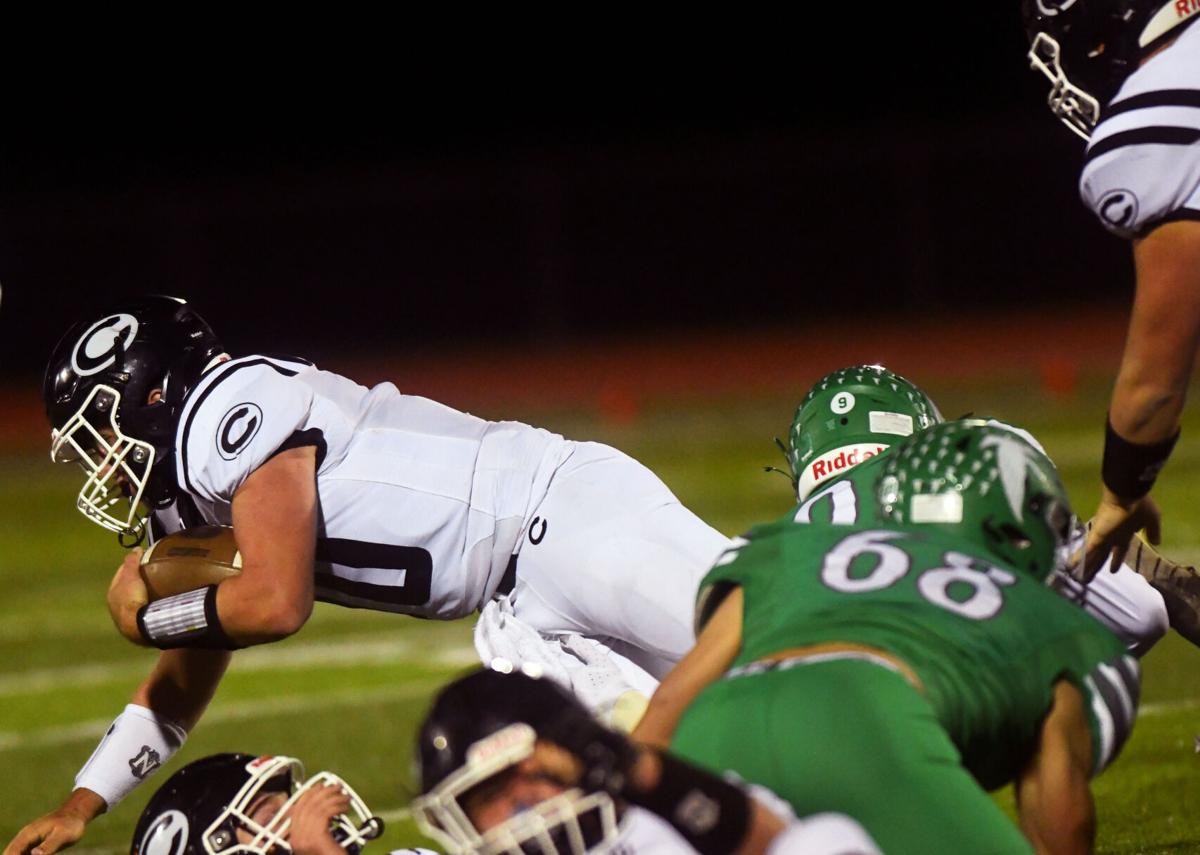 Centralia quarterback Beau Gordon falls during a play on Friday at Blair Oaks High School. Centralia ended their season with a 8-3 record.

Centralia quarterback Beau Gordon falls during a play on Friday at Blair Oaks High School. Centralia ended their season with a 8-3 record.

The Falcons did just that in their 60-14 victory over Centralia on Friday.

Blair Oaks sophomore quarterback Dylan Hair proved to be a huge problem for Centralia by throwing for five touchdowns while rushing for another - all in the first half.

Centralia had a secret weapon of its own in senior running back Luke Hunter. he ran for 66-yard and 1-yard touchdowns in his attempt to fight off a first half shutout.

The Falcons led 33-0 up until 6:30 in the second quarter. The Panthers struggled to convert on thirds downs in the first quarter, punting the ball three times and turning it over on downs.

The remaining two quarters were filled with the Falcons' smash-mouth offense which ended Centralia’s campaign for the district title.

The third quarter opened with another passing touchdown for Hair with a connection to senior wide receiver Jacob Closser for 29 yards. The success in the air was all a part of LePage and his offensive coordinators' plan after watching film and noticing how good Centralia's run defense was. Hair went on to throw for seven touchdowns, while backup quarterback Jake Hagner reeled in his own 67-yard touchdown pass, putting the final nail in the Panthers' coffin.

"I think we're still growing," LePage said. "There were a lot of things that we left on the table tonight that we're going to go back and watch on film. I just feel like our guys are excited to play ball, with this whole pandemic thing, our guys are just having fun playing ball."