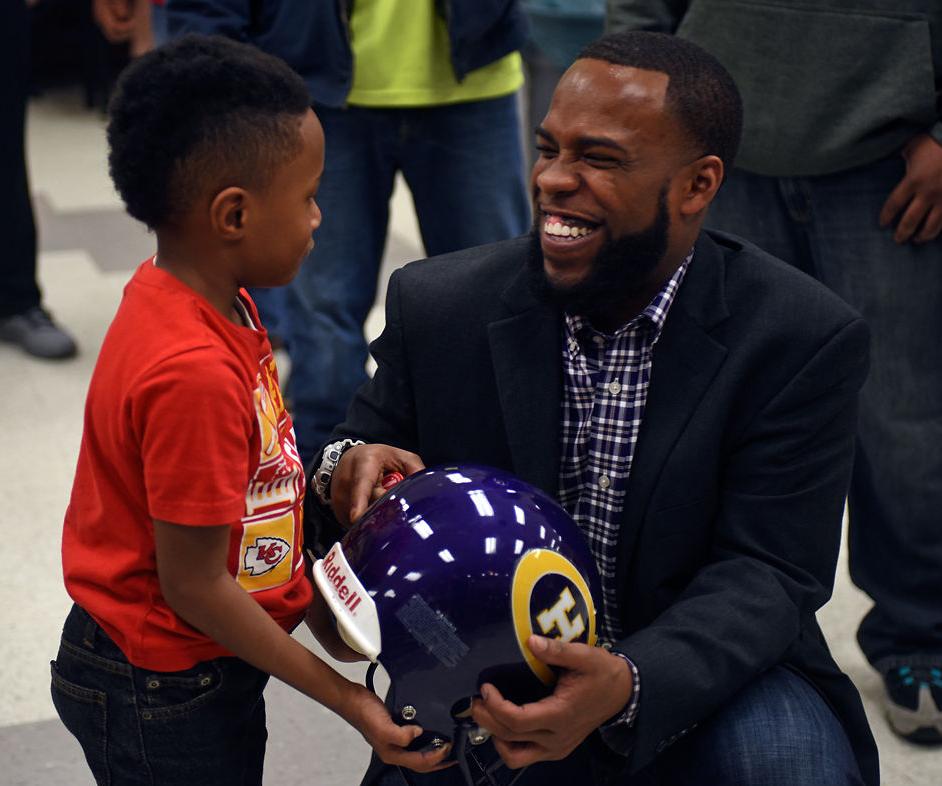 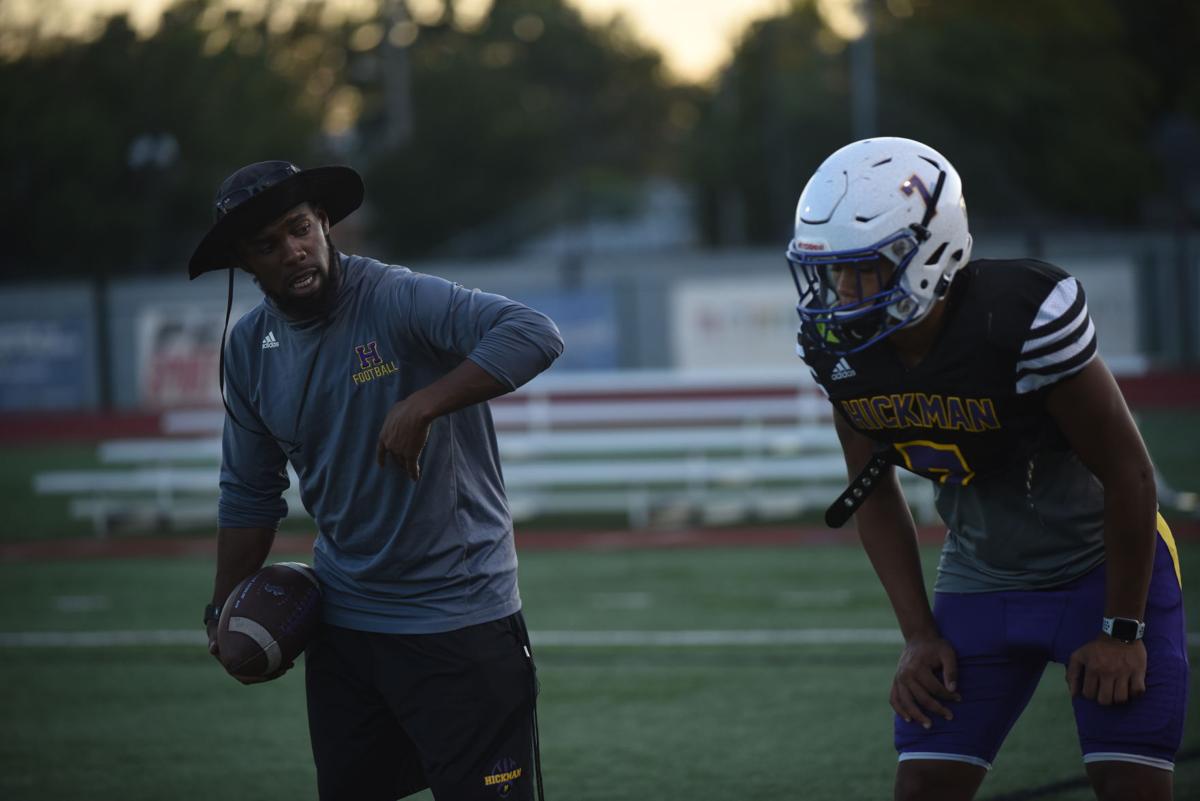 Taking care of one family is tough as is, but being responsible for two? Sounds impossible. But don't tell Cedric Alvis that. He’s handling it just fine.

Alvis will celebrate his son’s first birthday with a party on Sunday, and while he has big plans for the occasion, that’s not the only family he takes care of.

The Hickman football head coach also leads a family of around 90 young men who look to him for guidance on and off the field. The balance is demanding, but as someone who is new to starting families, Alvis embraces the challenge with arms wide open.

For the past year and a half, Alvis and his coaching staff have worked to build a family around Hickman football that hasn’t been present in nearly four years. A revolving door of coaches had left the program without a true leader. Alvis is on his way to changing that.

The team is different than it was a year ago and even more so than it was before Alvis was hired. Senior running back Felix Pippenger said that back when he was a freshman, it felt like the team was split into two: varsity and the rest.

Now, everyone is hanging out with each other. Players can be heard joking around, even with coaches.

Pippenger even said he can’t wait until he turns 18 so he can put on the gloves and box Alvis. But that’s just part of the relationship they’ve built with each other.

“We butt heads and we just joke around together. I look at him as a second dad,” Pippenger said. “It’s just how he is towards me and how I am towards him.”

It’s not all fun and games for Alvis, though. For every time he is seen dancing to Blanco Brown’s “The Git Up,” or doing 100 sit-ups after losing a bet, there’s also a time when the coach disciplines his players, instructing them what to do and how to do it right.

“If we argue, he makes us run a lap with us holding hands,” sophomore Peyton Anliker said. “He’s just brought us together as a team and as a family.”

While it can be frustrating for the players to have Alvis yell at them, they all know it comes from a place of love and from someone who wants them to be the best they can be.

The coaching staff is just as involved in the family building process. Alvis has a close-knit staff that aims to bring out the best in their players as athletes, as well as members of a community.

When the players see the coaches working as a cohesive unit, they’re going to work to have that same bond. It inspires the team to put their differences aside and fight for each other.

“We coach, work, laugh and play together. That makes it a much easier system to be in because we all count and rely on each other,” secondary coach Jeff Edwards said. “We don’t argue, fight, disagree or anything like that, so it makes it a better family atmosphere, which in turn we try to push on to the team.”

Wide receivers coach Kole Hinton compared it to how kids reflect the actions of their guardians. Hinton, along with the rest of the staff, came into a culture of selfishness and a team with a losing mentality.

As role models and father figures, the coaches have done an excellent job of ridding the team of that negative mindset and turning it into a positive atmosphere.

Gone are the days of the players thinking they’re not good enough.

Now the coaches see more and more players taking accountability for their actions and cheering each other on when they make the right plays during practice. They’re on the same page and are working towards the same goal.

The family mantra Alvis and his staff have built since his arrival is the most important thing the team has worked on. Alvis said that without it, no one can trust that the team will care for each other?

It’s one thing for the coaches to say they care about their players. For Alvis and his staff, it’s another to show that they care for and love every player on the team.

Although his son only turns one this weekend, the coaching Alvis provides for his players gives him a slight glimpse into the future of how he hopes to parent his own son.

As Hickman progresses through the season, Alvis hopes to continue to build a bond between himself and the players that goes beyond the football field.

“If a kid doesn’t believe that Cedric Alvis cares about them as an individual," he said, "then why would they ever believe that Coach Alvis wants them to be the best football player?”

Head football coach Cedric Alvis runs a play for the varsity team on Wednesday. Alvis wants the team to be ready for its game against Battle H…

Garoppolo gets 49ers to Super Bowl with handoffs not throws

Mets make it official, announce Rojas as their new manager