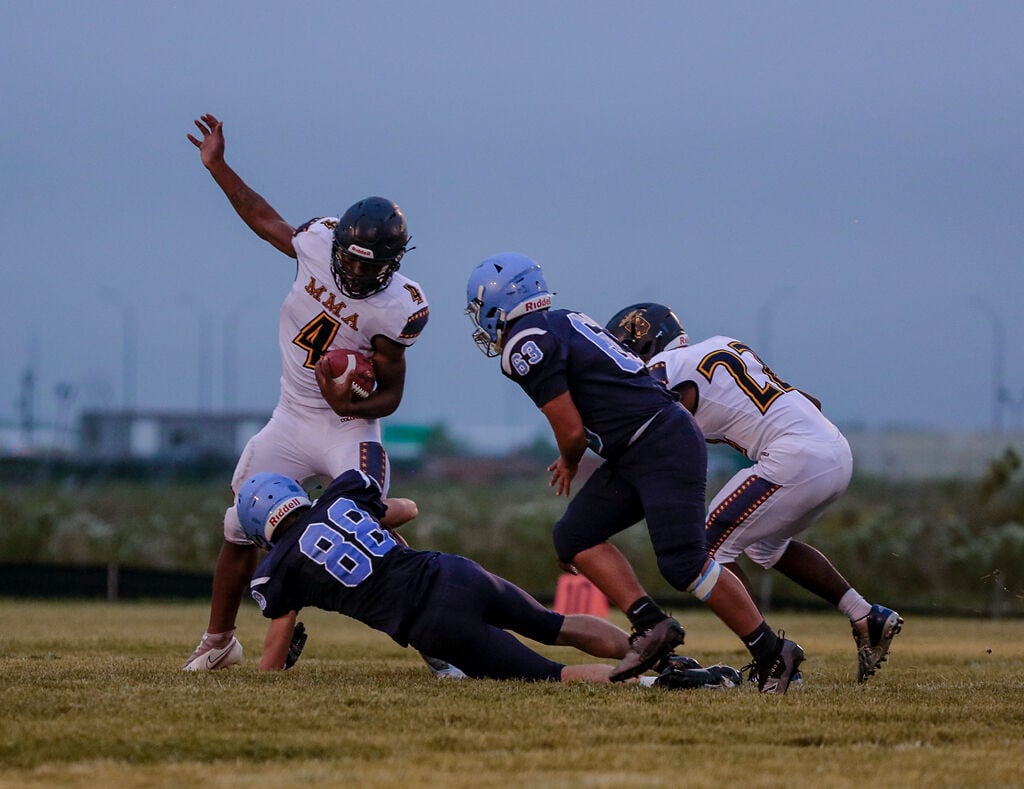 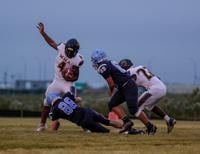 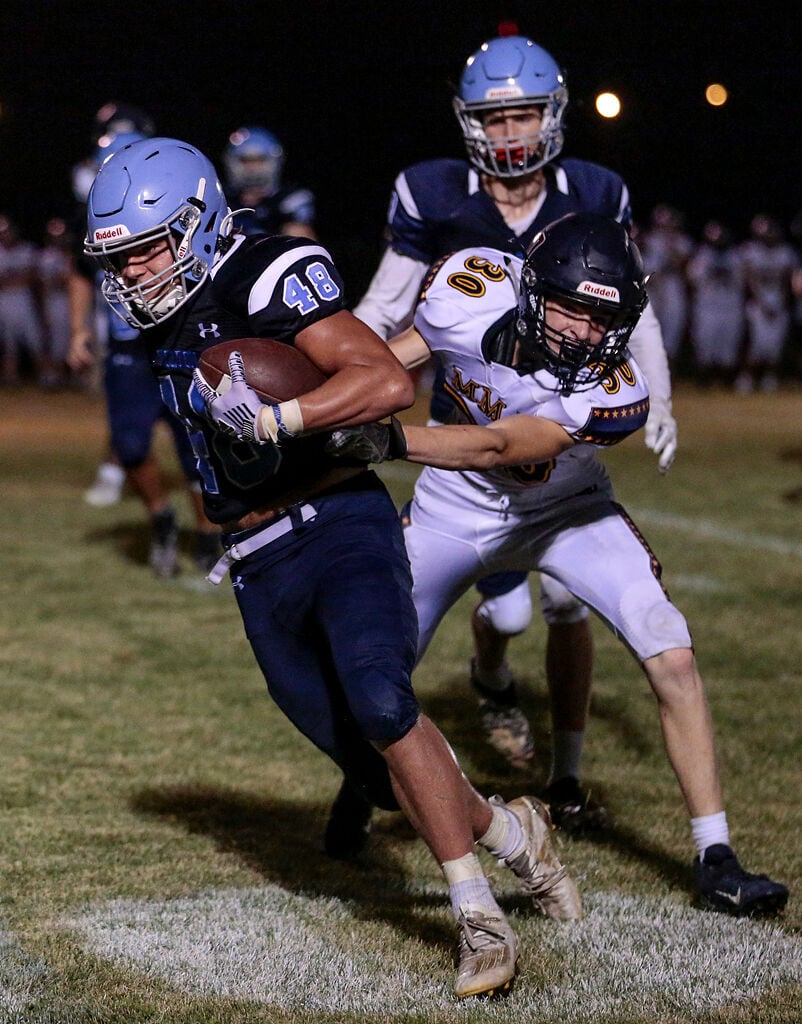 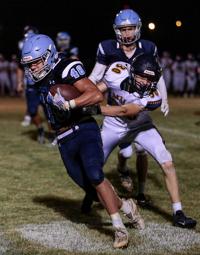 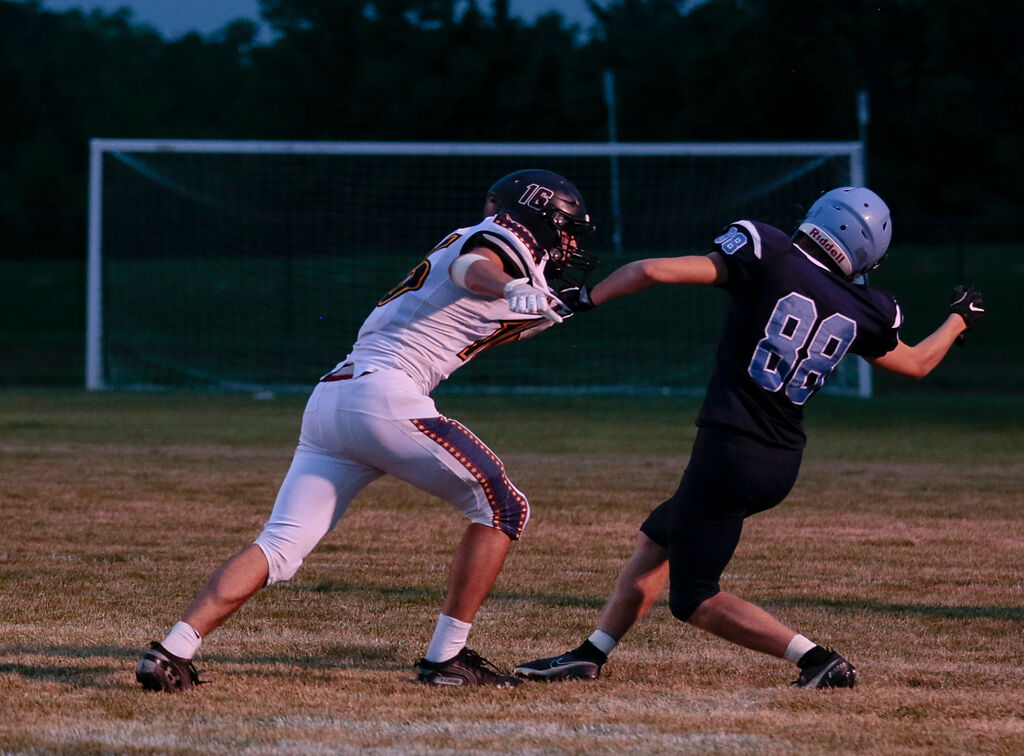 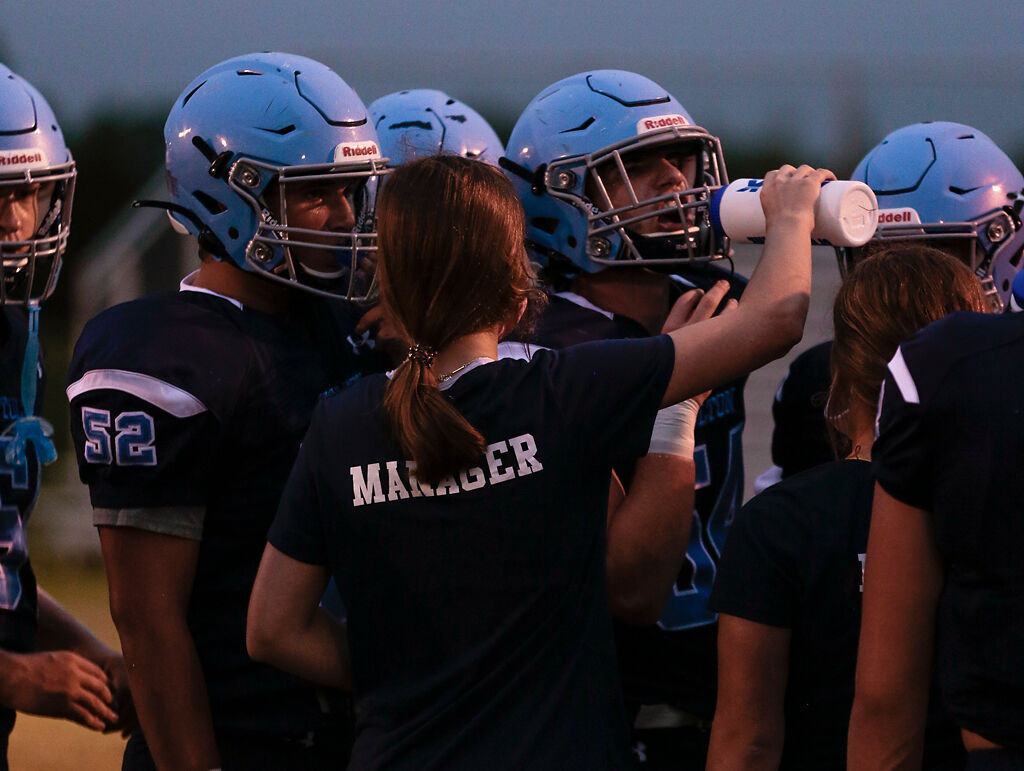 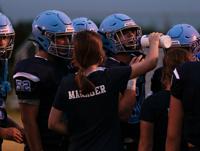 Football manager Bella Barnes, sophomore, gives the players water during a timeout on Friday at Father Tolton Catholic High School. Tolton will travel to Crest Ridge High School in Centerview for their next game on Friday, Sept. 18. 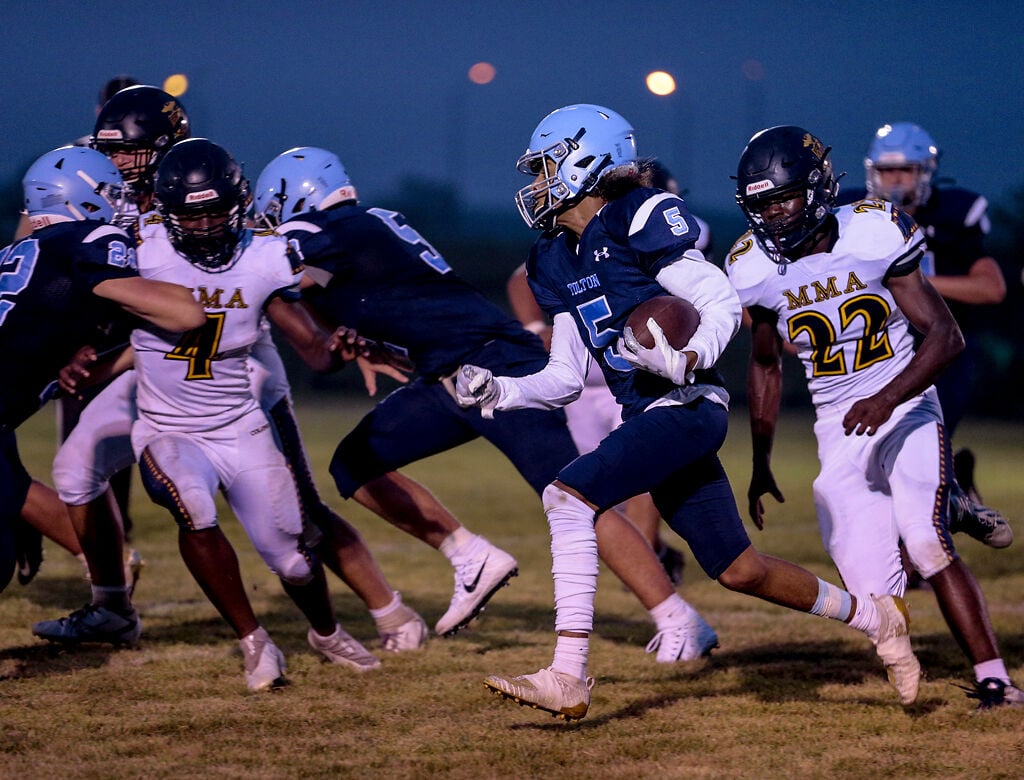 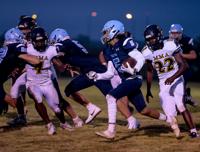 Football manager Bella Barnes, sophomore, gives the players water during a timeout on Friday at Father Tolton Catholic High School. Tolton will travel to Crest Ridge High School in Centerview for their next game on Friday, Sept. 18.

Cheers erupted from the sidelines and the stands after Tolton Catholic scored its first touchdown of the season.

Senior Gabe Pfenenger’s pass to junior Ethan Hentges would be the first of four touchdowns for the Trailblazers (1-1) in their 28-12 victory over Missouri Military Academy (1-2).

“That was my first touchdown of my high school career,” Hentges said. “I just saw myself open, and looked back, saw Gabe throwing the ball, and I knew I was going to catch it.”

The win came on Tolton’s home opener and senior night. Before the game, senior football players, cheerleaders, dance team members and band members were honored for their contributions. The Sept. 11, 2001, attacks were also remembered with a moment of silence.

The Trailblazers’ offense got off to a rocky start after Pfenenger threw two interceptions in the first quarter, one of which was returned for a touchdown. Missouri Military Academy’s Enrique Padron caught Pfenenger’s second interception and returned it for a defensive score, giving the Colonels a 6-0 lead heading into the second quarter.

The next 12 minutes were a wild ride. Hentges had Tolton’s first score early in the second quarter, but the Colonels’ Padron responded again, catching a touchdown pass. Neither of Missouri Military Academy’s two-point conversion attempts after scores were successful, but Tolton converted their attempt.

Turnovers seemed to dominate the rest of the second quarter, with Tolton throwing another interception and Missouri Military Academy fumbling again. There were five combined turnovers in the first quarter alone, with seven total in the first half.

However, the Trailblazers did not let the turnovers deter them. Later in the second quarter with just thirty seconds left, Pfenenger connected with senior Noah Manie on fourth down for a 16-yard touchdown completion with the two-point conversion good.

Tolton coach Michael Egnew said it was the first time in a year that the Trailblazers led at halftime.

“It feels great,” Egnew said. “That was a team we saw as equal to us, or even a little bit better. We made it happen.”

The Trailblazers carried the momentum into the second half and did not let up. On the first play of the third quarter, Hentges returned the kickoff 85 yards for his second score of the game.

“I didn’t even catch the ball, so I was a little hesitant running into all those guys,” Hentges said. “I saw the hole, and I can remember it vividly. I’ve never ran faster in my life.”

Hentges’ impressive run set the tone for the rest of the night. Missouri Military Academy would not score again thanks to a solid team defensive effort and junior Luke Drummond’s two interceptions on third and fourth down situations.

“I knew I had to stay locked in,” Drummond said. “I knew they were going to be passing since we were up, so I stayed locked in, and I stayed with them.”

Drummond’s first interception set up the final scoring drive for the Trailblazers. Manie had a 60-yard run to start the drive and a 14-yard touchdown run to finish it.

“I was proud of the guys and how hard they fought,” Egnew said. “Every week is a gigantic challenge for us. Anybody that has to play every snap of every game, it’s rough.”

The win could not have come at a better time for Tolton. Hentges and Drummond both said it felt great to get the win at home on senior night, especially after not being able to compete last week. The Trailblazers’ previously-scheduled game with Macon last Friday was canceled due to Tolton having a low number of healthy players available.

“Coach told us we’ve been here before, we just need to execute, and we did that today,” Drummond said. “We’re going to try to ride with it and keep it going on the road next week.”

Egnew said he gives credit to the team effort on defense, as well as standout performances from Hentges, Manie and Drummond.

“I was super proud of Luke,” Egnew said. “Every time he got an interception, it was a momentum changer.”

The Trailblazers will look to continue their success against Crest Ridge (2-1) at 7 p.m. Friday in Centerview.

Lowe homers twice, Rays hold off Dodgers 6-4 to even Series