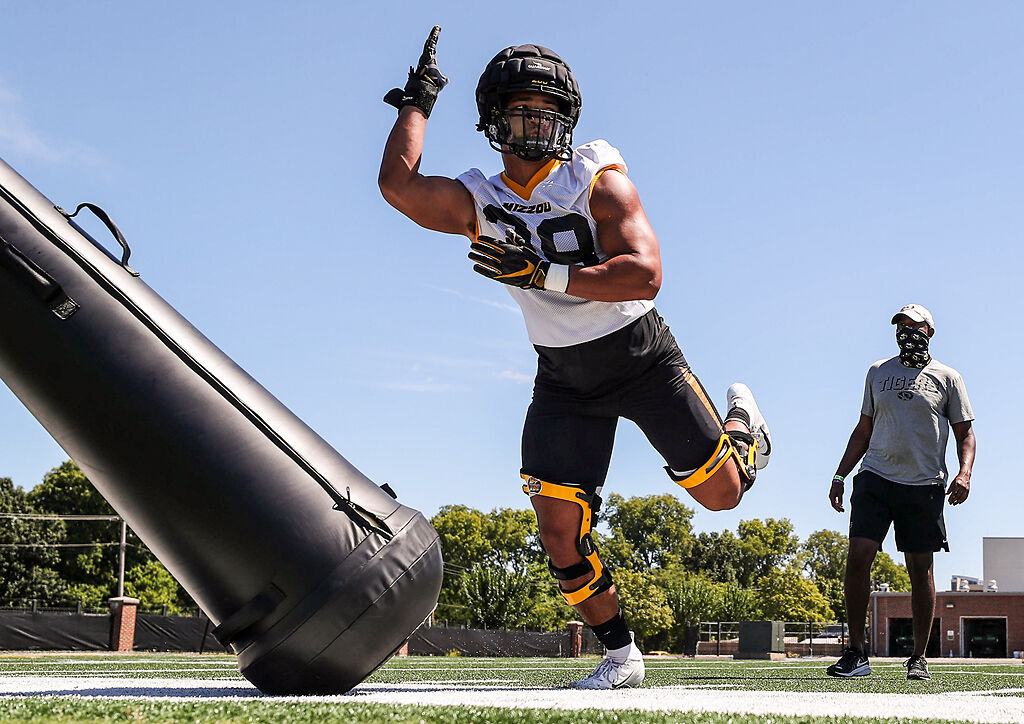 Missouri defensive lineman Chris Turner participates in a drill Tuesday at the Missouri Athletic Training Complex. Turner is one of the senior starters who gives Missouri some experience and continuity on that side of the ball. 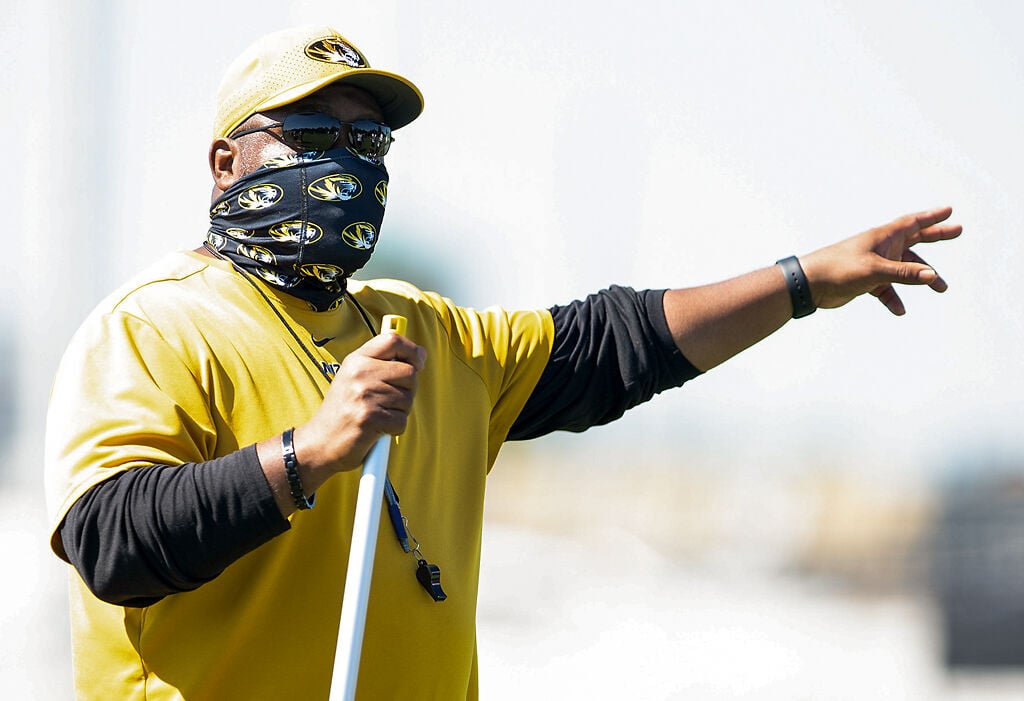 Missouri defensive lineman Chris Turner participates in a drill Tuesday at the Missouri Athletic Training Complex. Turner is one of the senior starters who gives Missouri some experience and continuity on that side of the ball.

When Missouri welcomes Alabama on Sept. 26, season ticket holders donning masks won’t be anywhere near the only change fans will see at Memorial Stadium.

With a complete turnover on the offensive coaching staff, a quarterback competition for the first time since Gary Pinkel’s tenure and the addition of three graduate transfers, Missouri’s offensive look is much of an unknown.

But on the defensive side of the ball, Eliah Drinkwitz will return the team’s three leading tacklers from last season and a starter at every position. When Drinkwitz was hired, he kept defensive coordinator Ryan Walters and two other defensive assistants on staff.

Bledsoe became the first Missouri safety in more than a decade with 10 pass breakups and will likely form a tandem with senior Tyree Gillespie. The two played in every game last year for Missouri, and Bledsoe said that experience has made him more comfortable this year.

“They also do a really nice job disguising,” Drinkwitz said of the duo. “They know their own strengths and know how far they can show one thing and be in another. Really look forward to those guys being the leaders and catalysts of our defense.”

“My main goal is to remain consistent in workouts, remain consistent with my body, make sure that I’m always taking care of myself,” Miller said. “I think last year showed that I kind of got too comfortable, and the injury kinda slipped up on me.”

In the trenches, Missouri struggled at pressuring the quarterback last year. The team finished last in the conference with 19 sacks, and lost Jordan Elliott to the NFL Draft in April.

Senior Kobie Whiteside, the team leader in sacks with 6½ last year, said that playing next to Elliott, Terry Beckner Jr. and Walter Palmore has helped him grow his game.

“Seeing guys make it to the NFL and where I’m at now, I see how hard they work, especially Jordan,” Whiteside said. “Learning from that, seeing how he led and taking that from him and seeing how hard he worked, I just have to improve myself to be a leader like they did.”

With Jatorian Hansford out for fall camp, Drinkwitz also mentioned seniors Chris Turner and Sci Martin and redshirt senior Tre Williams as players that will have to step up on the defensive line.

“Coach Walters’ scheme does a lot of different movements, so it gives people a chance to be one on one with pass rush moves,” Drinkwitz said. “Three seniors with length and toughness and great motors. We need to get pressure on the quarterback, and those three guys can do it for us.”

Even at cornerback, where MU lost DeMarkus Acy to the NFL and Christian Holmes to Oklahoma State, senior Adam Sparks saw action in 11 games during his junior season and junior Jarvis Ware won the starting job during his sophomore year.

Neither recorded an interception last season, and Ware had four pass breakups.

Young, No. 4 Alabama face stiff test from No. 1 Georgia's D

With a shot at No. 1, Bahamas no holiday for Collin Morikawa