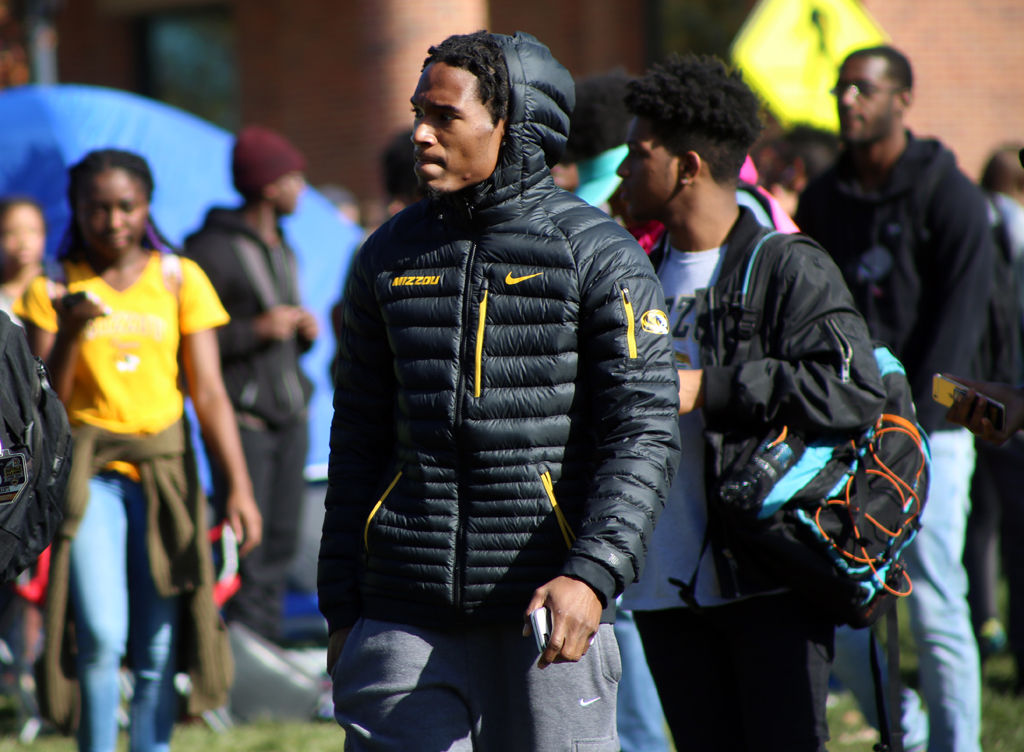 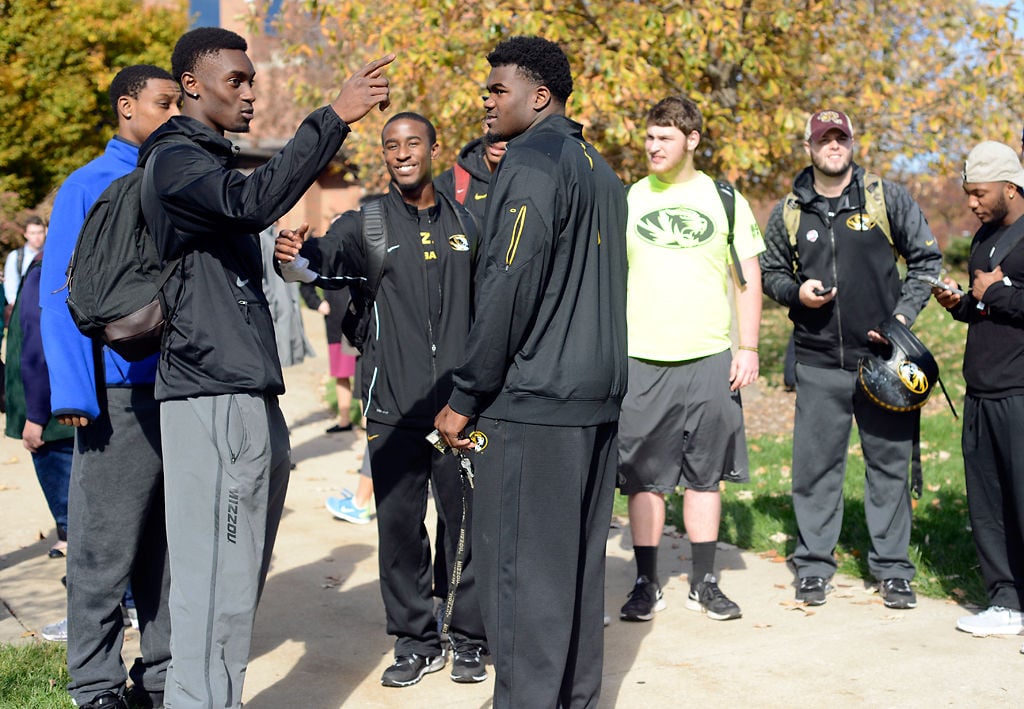 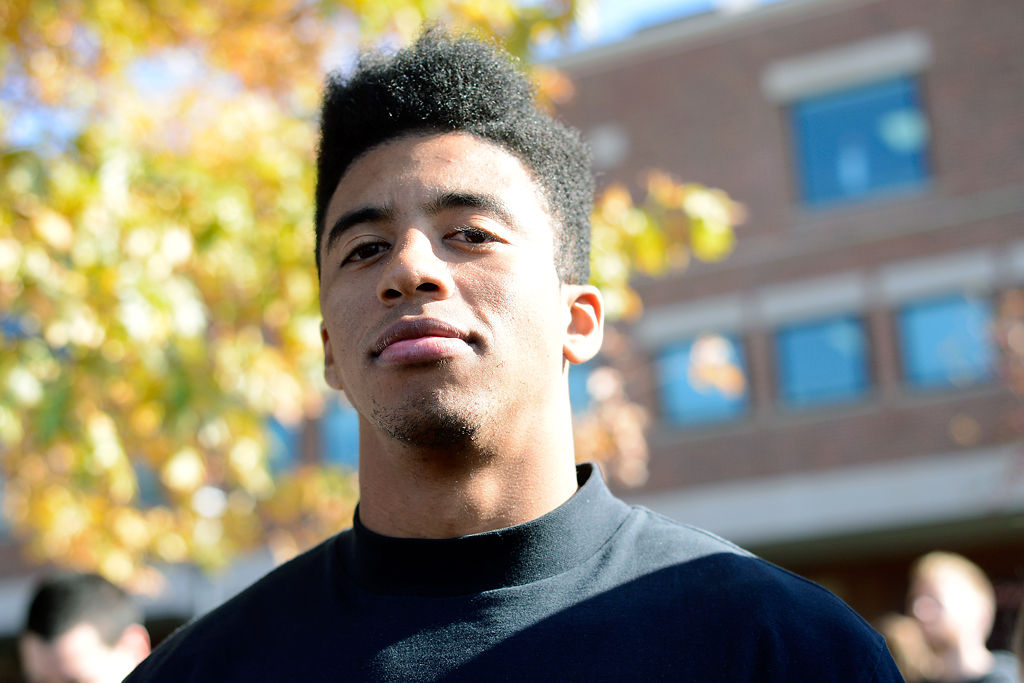 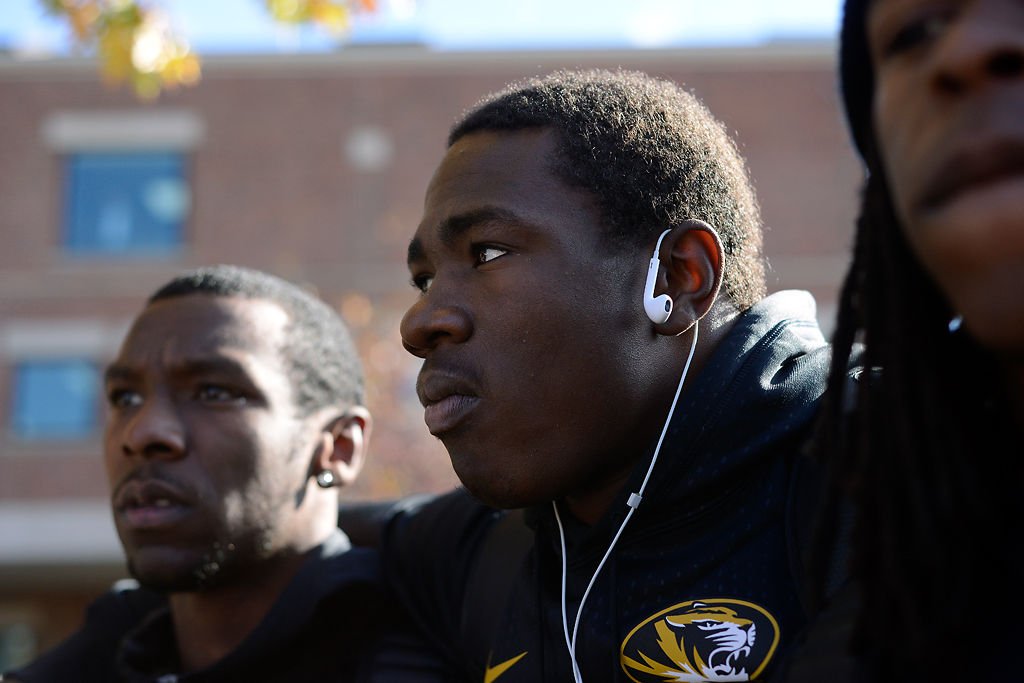 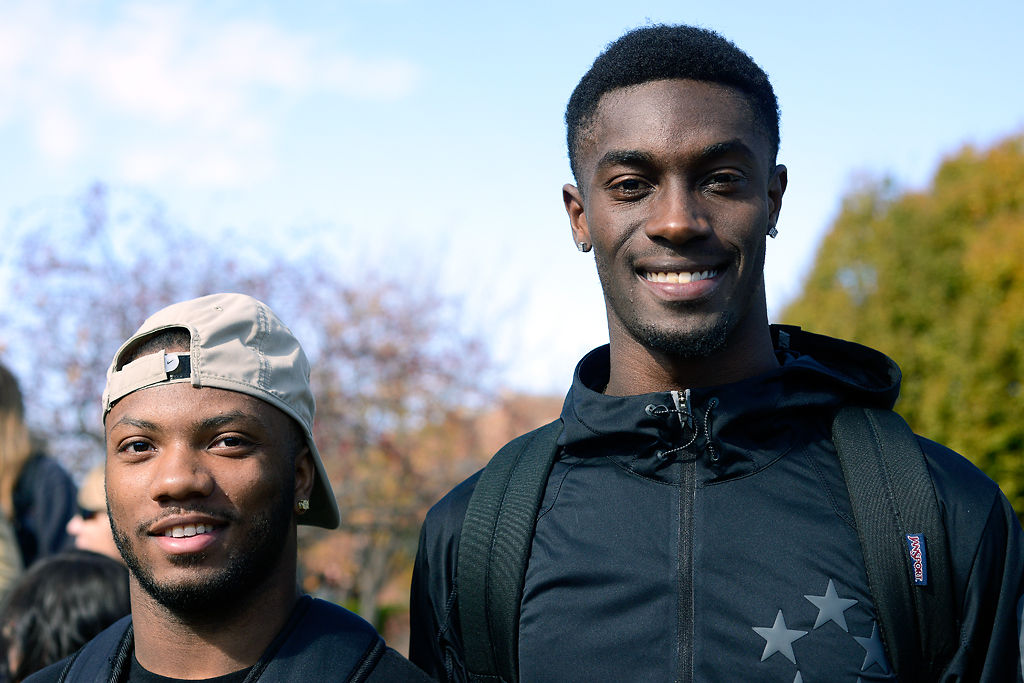 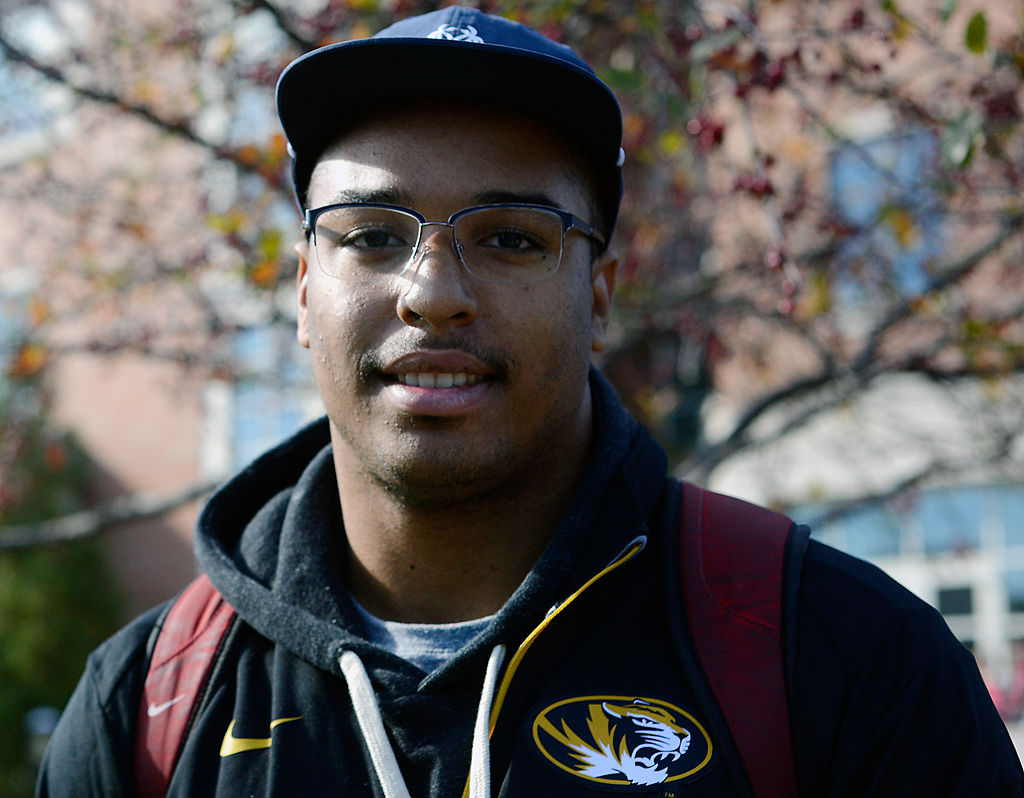 Marcell Frazier, a defensive lineman for Missouri, attends the graduate student and faculty walkout Monday at Mel Carnahan Quadrangle at MU. Black members of the Missouri football team announced Saturday that they would boycott all athletic participation until UM System President Tim Wolfe resigned. Wolfe resigned at about 10 a.m. Monday. 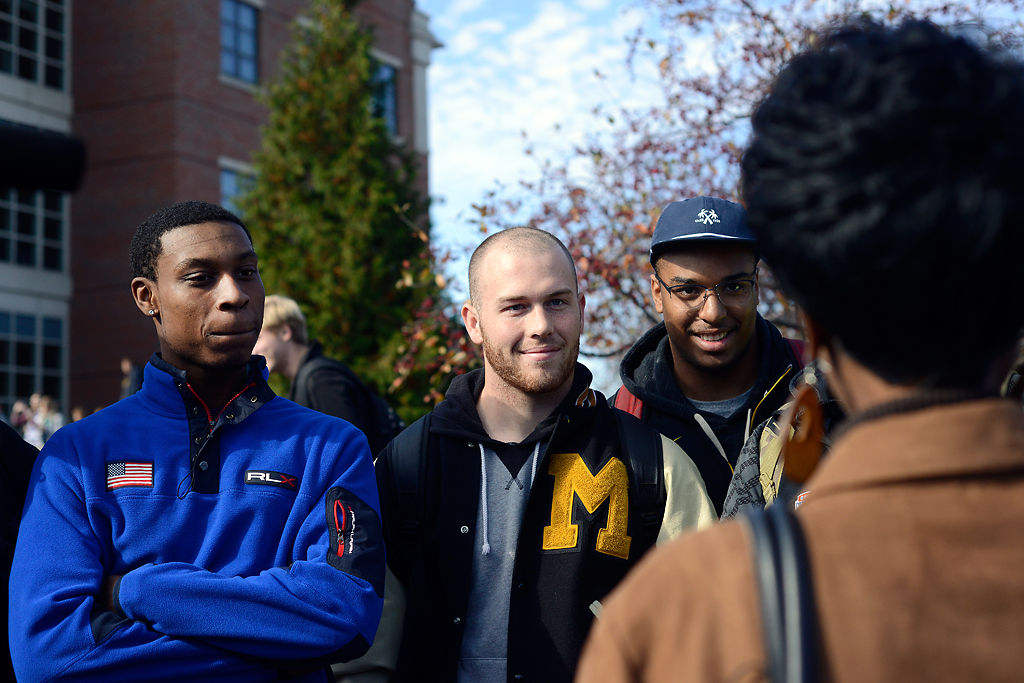 Marcell Frazier, a defensive lineman for Missouri, attends the graduate student and faculty walkout Monday at Mel Carnahan Quadrangle at MU. Black members of the Missouri football team announced Saturday that they would boycott all athletic participation until UM System President Tim Wolfe resigned. Wolfe resigned at about 10 a.m. Monday.

The Tigers are "for sure" playing Brigham Young University in Kansas City on Saturday, backup tailback Trevon Walters told the Missourian from the Mel Carnahan Quadrangle, where hundreds of protesters celebrated after Wolfe's resignation just before 10:15  a.m. Monday.

The Missouri athletics department could have been on the hook for $1 million if it canceled Saturday's game, according to a contract Missouri and BYU signed.

"We’re just ready to go back to play football," tight end Jason Reese said. "There’s a lot of things that still need to be addressed."

One football player approached Concerned Student 1950 leaders on Wednesday to join the movement that supported graduate student Jonathan Butler's hunger strike, an effort he pledged to continue until his own death or until Wolfe left office.

Black members of the football team announced Saturday night they would not take part in football activities until Wolfe stepped down or was removed from his post. Sunday the entire team joined their stand after a morning meeting at the Mizzou Athletic Training Complex. Coach Gary Pinkel's Twitter account posted a photo of team members arm in arm.

Wolfe resigned in a tearful farewell address Monday morning at a meeting with the UM Board of Curators.

Football players gathered at a campout at the quadrangle, where civil rights protesters called Concerned Student 1950 convened, to celebrate the movement's success.

"Here we believe in One Mizzou," defensive end Walter Brady said. "To be with us is a great thing.”

In their statement, Pinkel and Rhoades said: "The primary concern of our student-athletes, coaches and staff has been centered on the health of Jonathan Bulter and working with campus leaders to find a resolution that would save a life. We are hopeful that we can begin a process of healing and understanding on our campus."

As players left the Carnahan Quadrangle, a woman thanked them for their strike. Kerry Mullin, 48, was there with her son, Taygen Givan, age 6, and has been involved with Missouri students' civil rights movement since Michael Brown's death in August 2014.

When asked if she was a fan of the Missouri football team, she said, "I'm a fan of people who are willing to do uncomfortable things to make the world a just place."

Tight end Jason Reese wanted to do his part to help, even if it made him uncomfortable that some people didn't notice what was going on at Missouri until the football team got involved.

"It’s a terrible feeling to have it be the football team that makes the students voice be heard," Reese said. "We all want to play football, that’s why we came here. But there was a man dying."

"We wanted Jonathan Butler to eat. That was our goal."

At the Missouri Athletics Training Complex, a group of football players including running back Ish Witter and tight end Kendall Blanton rode into the parking lot on the back of a pickup truck cheering and celebrating. A “NO MEDIA” sign was posted to the door to the complex. The media will meet with the players at 3:30 p.m.

Protest leaders who spoke to the Missourian on Saturday declined to name the player who led the football team's boycott.

Michael Mandell contributed to this report.

The Americans prepare for the 'big one' at home Ryder Cup