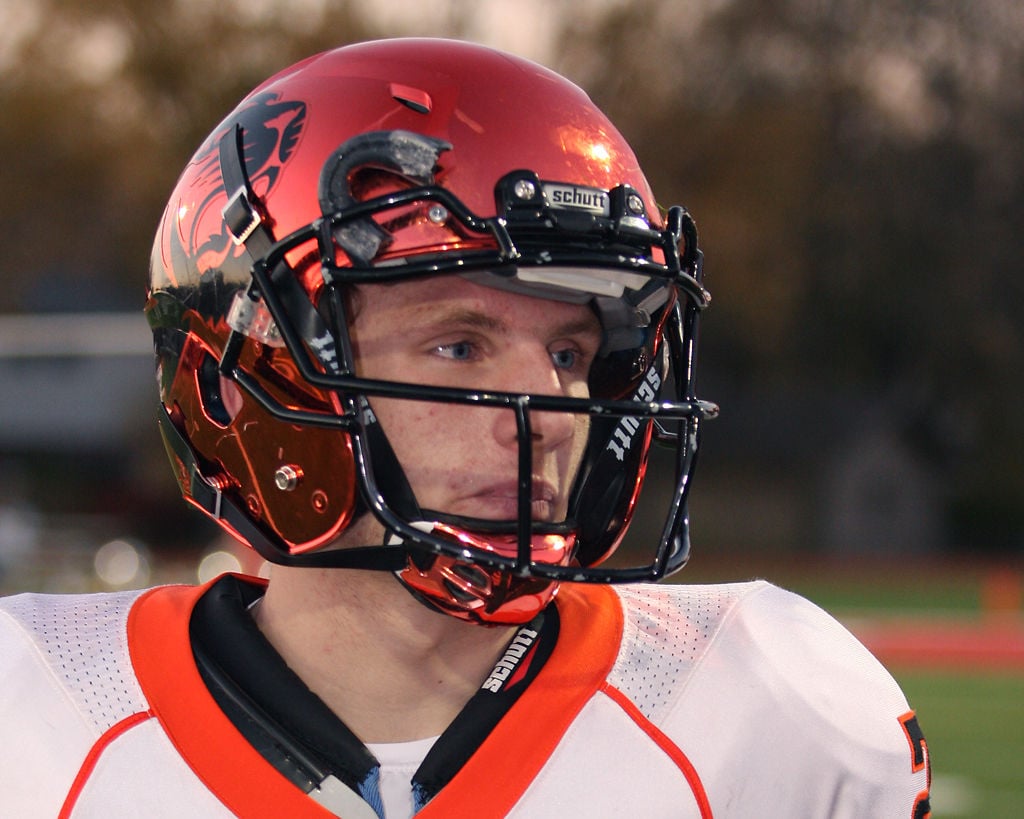 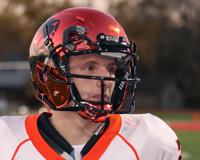 An Edwardsville High School football player wears a chrome helmet. The Oregon Ducks are credited with starting the chrome helmet trend in 2012. 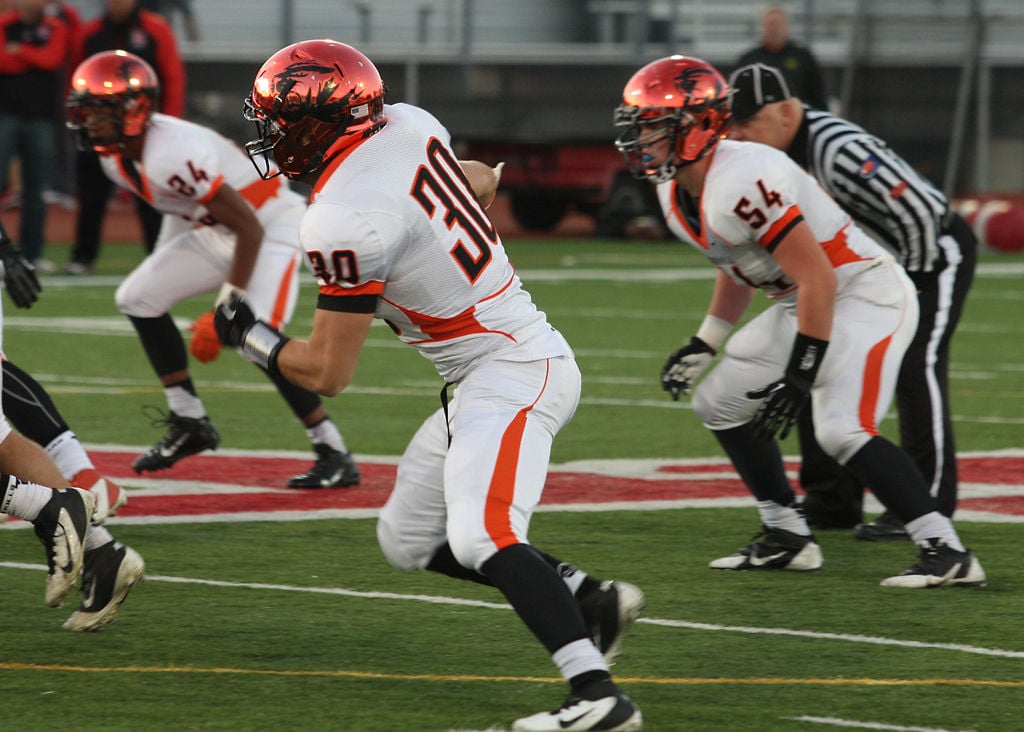 An Edwardsville High School football player wears a chrome helmet. The Oregon Ducks are credited with starting the chrome helmet trend in 2012.

COLUMBIA — There's a special feeling on football Fridays at Edwardsville High School in Illinois. The Tigers show up to school in shirts and ties, then pull their bright white game jerseys with orange trim over the ensemble and head to class.

High schools all over the country have similar traditions. It's for a specific reason, said defensive coordinator Kelsey Pickering.

And when the Tigers take the field, they do it wearing chrome helmets, football's latest fashion statement.

"They look really sharp under the lights on Friday nights," Pickering said.

Now, try flipping between college football games on Saturdays without seeing a similar look. NCAA teams have taken heavily to the chrome craze. And this, like most football uniform trends, started in Eugene, Oregon.

The Oregon Ducks were going to the 2012 Rose Bowl and, obviously, the team's usual uniform combination just wouldn't do.

So when the Ducks poured 45 points over Wisconsin, the "mirror" football helmet was born. Helmet manufacturers and designers at the time didn't think much of it. Three years later, the reflective domes are everywhere.

Oregon continues to wear chrome-colored helmets. Kentucky, Missouri's last opponent, wears them, too. So does Baylor. And Indiana. And Washington. And Texas Christian. And Oklahoma State. And Rutgers. And Louisville. And Tulsa. Keep Googling "chrome football helmet" to discover more teams.

Even Missouri experimented with chrome facemasks on alternate helmets the past two seasons.

Maryland unveiled a matte black helmet and a white tortoise shell helmet in 2011. Georgia opened the year by ditching its traditional red helmet for a silver one. It played Boise State, which wore a white helmet with its bronco logo wrapped around the back.

By the time bowl season rolled around, Oregon wore it's "mirror" helmets. And college football fashion would never be the same.

"The chroming was a natural extension of that alt-helmet trend," Beckmann said. "We can change colors, change designs, change decals, what else can we do?"

Teams ask that same question when their apparel providers — companies like Nike, Under Armour or Adidas — set out to design new uniforms. New gear, including jerseys and helmets, plays really well with recruits, coaches say.

Imagine walking into a young man's living room and setting a shiny, metallic, state-of-the-art football helmet on the table. Think that young man is going to be able to resist putting it on?

"There's a trend in sports that every time you turn on the TV on Saturdays, new helmets and uniforms are expanding," Pickering said.

Edwardsville High gets new helmets each year from Schutt, which is based in nearby Lichtfield, Illinois.

A year ago, the Edwardsville team took the field in orange chrome helmets sporting the same Tiger decal Missouri wears. This year, it wears orange "satin-chrome" helmets, a shiny lid with a velvety fog laid on top. It's Schutt's latest design.

In the college game, flashy new equipment is a more inexpensive method than say, an advertising campaign, to drum up enthusiasm and attention for a program. A sweet new uniform combination will get shared on Twitter with fire emojis serving as a caption.

An avant-garde look can give a team a national identity. Consider Maryland, a school Sports Illustrated and The New York Times dubbed, "Oregon of the East" for its flashy equipment.

"I don't think football teams should be making 'fashion statements,' good or bad," he said. "They should dress in recognizable school colors and keep their uniforms the same from week to week."

But with over-the-top designs, schools that might not typically be football powers can at least look good and gain a national profile for their style rather than results, Beckmann said. Just shell out a few hundred dollars extra per chrome helmet.

Each chrome coat of paint, and most chrome helmets have two or three, costs $100. And after a couple games of use, the helmets need to be refinished, he said. Chrome paint isn't as durable as it might sound.

Edwardsville reconditions helmets every offseason for safety reasons and performs some cosmetic maintenance on them during game weeks, Pickering said. And every offseason, coaches work with Schutt officials to come up with a new design for next season.

Pickering said this year, coaches tried to keep the new chrome domes a secret until summer workouts and weightlifting sessions. Showing off new gear during the dog days of football practice is another motivator for young players to show up and work hard at practice.

"The kids were in awe," he said. "They were yelling and screaming and having a good time."

If the Missouri football team wants to beat South Carolina on Saturday, the Tigers will have to find a way to stop one of the Southeastern Conference's top receivers.

No. 2 Baylor uses stout defense to get past No. 5 Illiniois