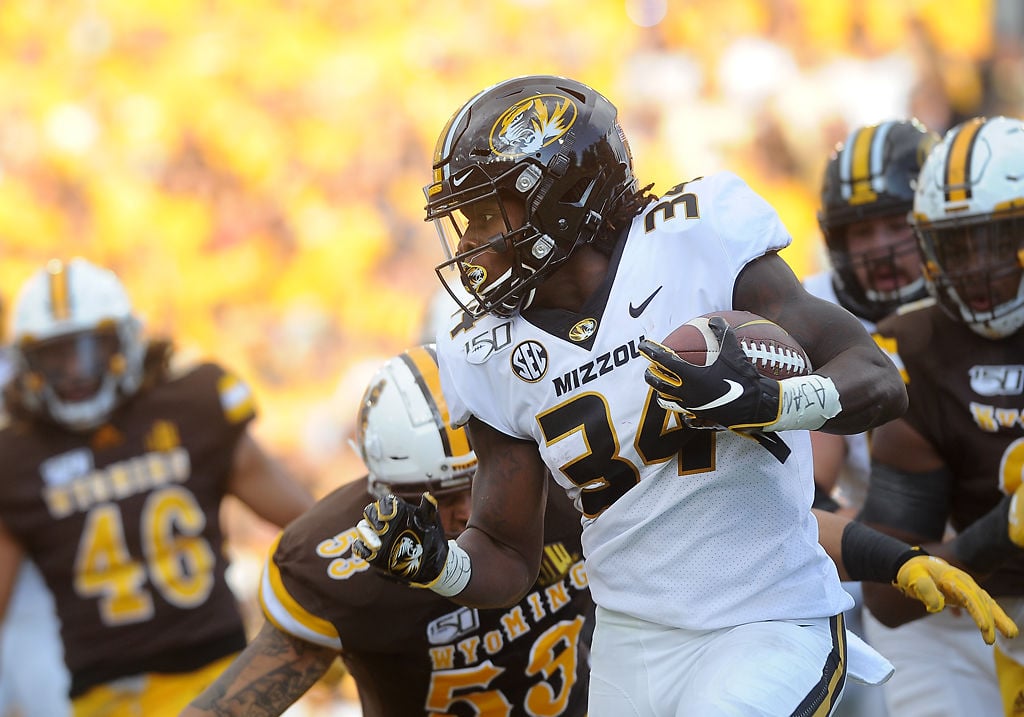 Larry Rountree III braces for a tackle during a game against Wyoming on Saturday at War Memorial Stadium in Laramie, Wyoming. 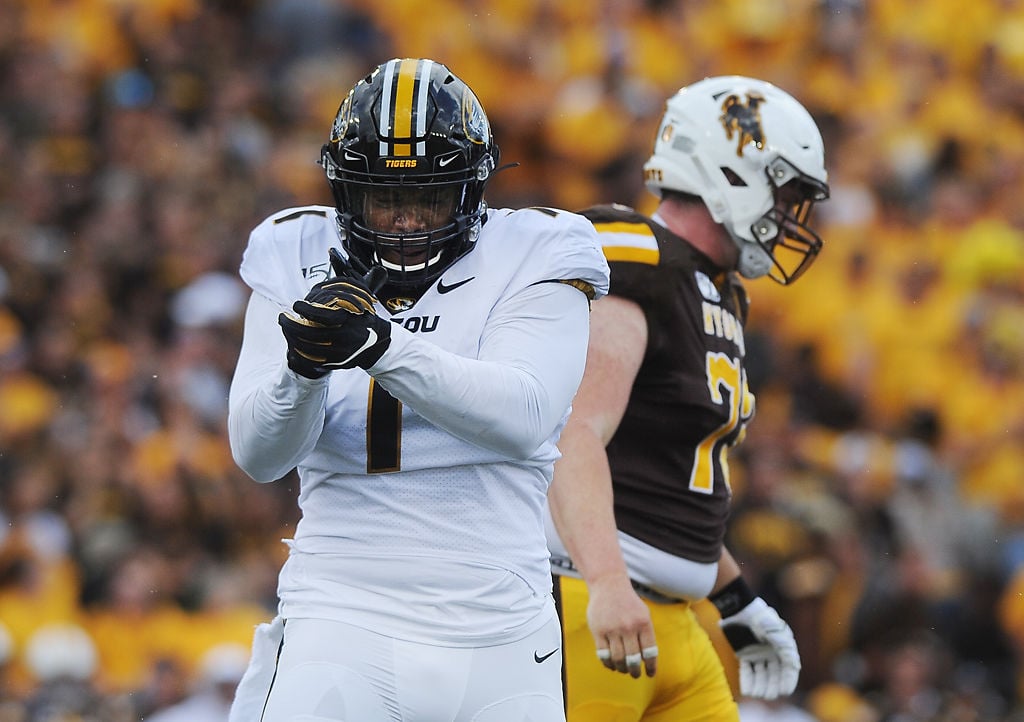 Tyler Badie celebrates after a play during a game against Wyoming on Saturday at War Memorial Stadium in Laramie, Wyoming.

Larry Rountree III braces for a tackle during a game against Wyoming on Saturday at War Memorial Stadium in Laramie, Wyoming.

Tyler Badie celebrates after a play during a game against Wyoming on Saturday at War Memorial Stadium in Laramie, Wyoming.

The Tigers gave Rountree only four snaps in the second half of the loss to Wyoming while Badie logged 34 of the 38 second-half offensive snaps.

During his postgame press conference Saturday, Odom mentioned only Badie’s abilities in the passing game and the matchup advantage he provided when asked why Rountree didn’t play as much.

On Tuesday at his weekly media availability, Odom added to his answer.

There were multiple legs to the stool that led to Rountree sitting. Odom went on to reiterate the mismatches Badie creates in the passing game, but unlike Saturday, he didn’t stop there.

“Also, Larry had the early turnover,” Odom said. “Then there were some things in (pass) block protection where Tyler was playing better at that point.”

Missouri also needed a running back who could help in the passing game as they were playing from behind. Thus, Badie became the feature back as he caught seven passes.

Only time will tell if Badie will receive more snaps than Rountree moving forward.

The decision to play Badie over Rountree in the second half translated to an overall snap disparity of 58 for Badie and 32 for Rountree.

Situational football could dictate usage even though Missouri has shown a willingness to use both in all situations. Rountree outweighs Badie by 20 pounds, providing a potential size advantage in short yardage situations. Badie’s quickness in short areas and ability to run the route tree makes him a favorable option in the passing game. Whoever takes care of the football will also likely play into who gets to carry it.

Despite Rountree’s struggles in the opener, Odom said he has zero worries about Rountree, who led the Tigers with 1,216 rushing yards and 11 touchdowns last season.

“I’ve got a lot of concerns, and that’s not one of them,” Odom said. “I know what we’ve got in Rountree. He is going to be hungry to get back out and be himself.”

Rountree managed only 41 yards on 15 carries and a touchdown. He came within a yard of a second touchdown at the end of the first half, but then he coughed up the football.

His 2.7 yards per carry matched that of the Missouri offense. That number is far away from what the Tigers want to average: 4.5 yards per carry, offensive coordinator Derek Dooley said.

Badie’s 3.3 yards per carry did not meet that mark, either. Badie finished with 16 carries for 53 yards and a touchdown.

Overall, the running game needs to improve no matter who’s in the backfield if Missouri wants to succeed on offense. A one-dimensional offense won’t get the job done in the Southeastern Conference. It didn’t even get the job done against a Mountain West team in Wyoming.

“We have all got to play better fundamentally,” Dooley said. “Every position; quarterback, o-line, tight end, wide receiver, running back. Then sometimes it takes just a little more strain and a little more push.”

Much of that push needs to come from the offensive line, if you ask center Trystan Colon-Castillo. He said his group didn’t play hard enough. It’s something they plan to change this week against West Virginia.

If the offensive line can improve its play and the running backs can elevate their play, running woes may become a thing of the past. Rountree will also likely log more than four second-half snaps.

Missouri certainly needs more than that from its feature back.