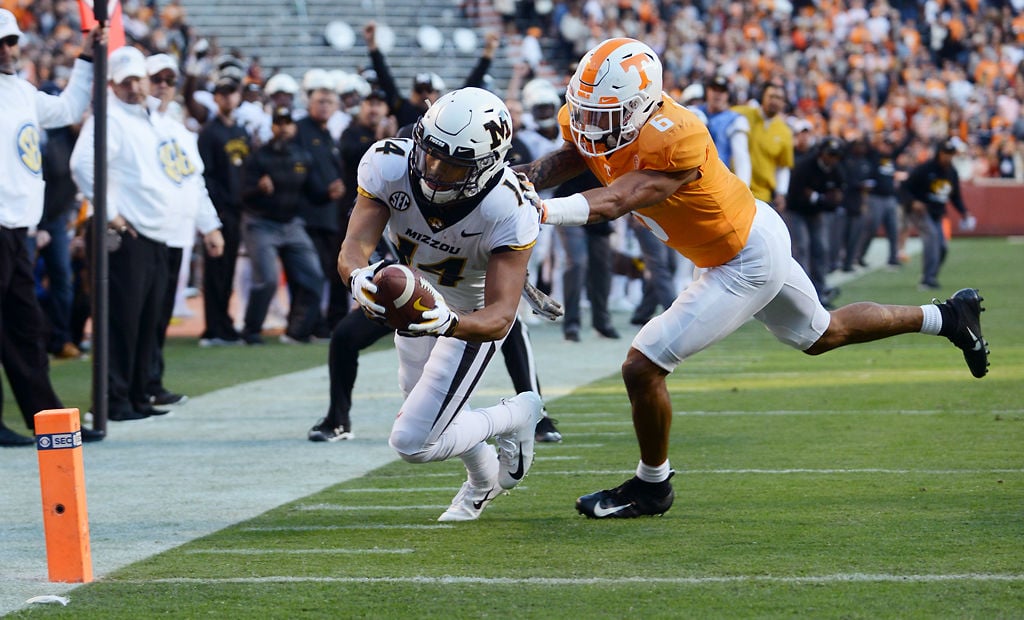 Missouri wide receiver Dominic Gicinto stretches for the goal line to push the ball across the plane for a touchdown in the second quarter against Tennessee on Nov. 17, 2018, in Knoxville, Tennessee. 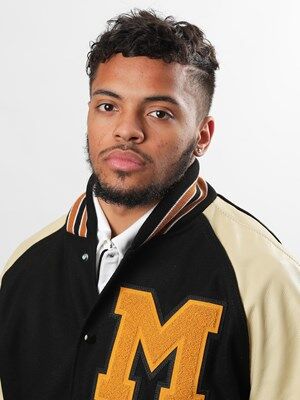 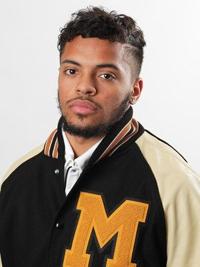 Missouri wide receiver Dominic Gicinto stretches for the goal line to push the ball across the plane for a touchdown in the second quarter against Tennessee on Nov. 17, 2018, in Knoxville, Tennessee.

Missouri wide receiver Dominic Gicinto has entered the transfer portal, a football team spokesperson confirmed to the Missourian on Wednesday.

Gicinto’s departure will impact the likelihood of Missouri’s matchup against South Carolina being played, as the receiver was one of 56 scholarship players the program had available going into Saturday’s game. The transfer puts Missouri at 54 scholarship players for Saturday, coach Eliah Drinkwitz said during Wednesday’s Southeastern Conference teleconference. Another unnamed player will be out as a result of contact tracing.

Drinkwitz said Gicinto informed him of the decision after Tuesday’s practice.

“He felt like he wanted to find a better offensive fit and a better cultural fit,” Drinkwitz said. “Obviously, we weren’t here to recruit him. We’re different than what they’ve been used to or what they were recruited to. It’s all about trying to find the right fit. We wish him well, and absolutely all the best to him as he’s moving forward.”

This move makes Gicinto the third receiver to leave the team since the start of the season and the fourth to leave since Drinkwitz was hired last December. Backup receivers Cjay Boone entered the transfer portal, receiver Maurice Massey was released from the team this season and Kam Scott transferred to Houston in June.

Gicinto was listed as the third-string slot receiver on Missouri’s depth chart heading into this week’s game. So far this season, Gicinto had four receptions for 52 yards.

No. 2 Baylor uses stout defense to get past No. 5 Illiniois