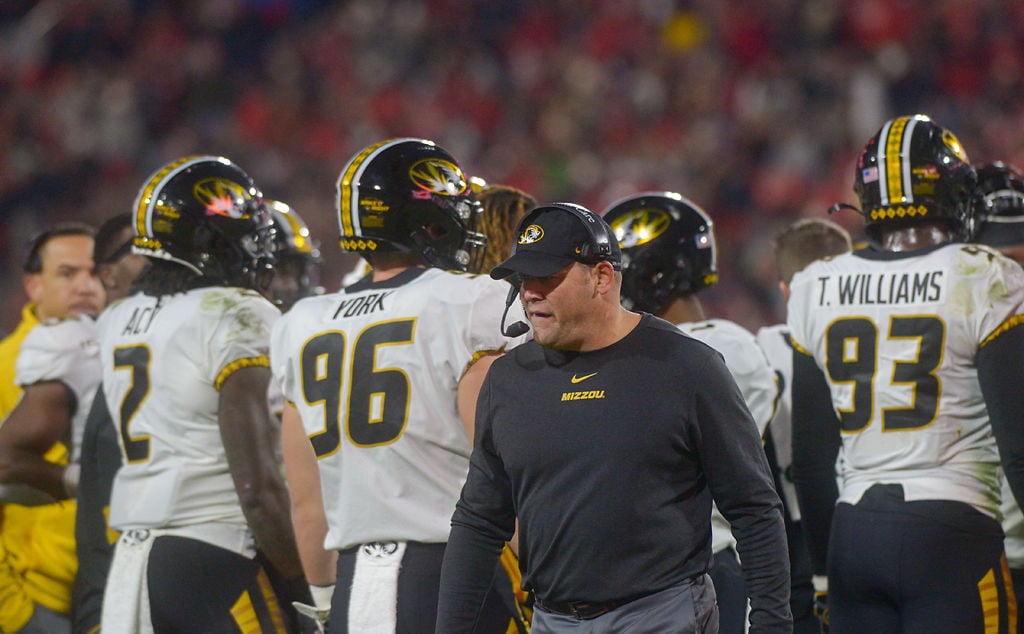 Barry Odom walks away from the huddle as the Tigers face a 10-0 deficit heading into the second quarter against the Bulldogs on Saturday at Sanford Stadium in Athens, Georgia. 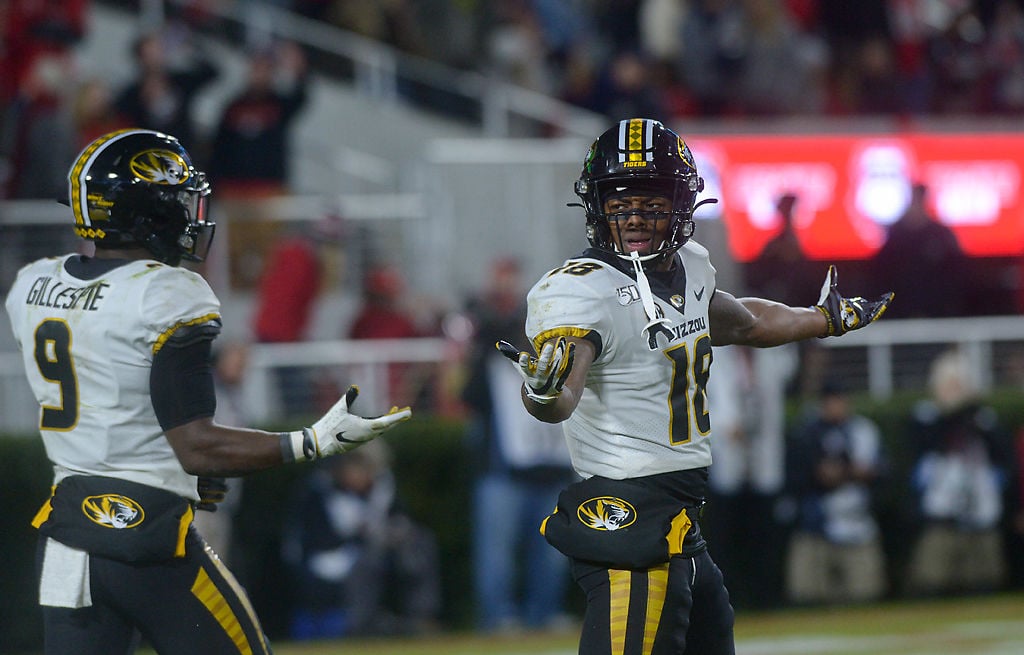 Missouri safeties Tyree Gillespie, left, and Joshua Bledsoe express their frustration while defending in the red zone against the Bulldogs on Saturday at Sanford Stadium in Athens, Ga.

Georgia linebacker Monty Rice holds up Missouri running back Larry Rountree III after stuffing his rushing attempt behind the line of scrimmage as the Tigers play the Bulldogs on Saturday at Sanford Stadium in Athens, Georgia.

Barry Odom walks away from the huddle as the Tigers face a 10-0 deficit heading into the second quarter against the Bulldogs on Saturday at Sanford Stadium in Athens, Georgia.

Missouri safeties Tyree Gillespie, left, and Joshua Bledsoe express their frustration while defending in the red zone against the Bulldogs on Saturday at Sanford Stadium in Athens, Ga.

Georgia linebacker Monty Rice holds up Missouri running back Larry Rountree III after stuffing his rushing attempt behind the line of scrimmage as the Tigers play the Bulldogs on Saturday at Sanford Stadium in Athens, Georgia.

Remember when you were a kid and you would ask your parents a complicated question, and they would answer, “It’s hard to explain?”

That’s basically where Missouri football stands after three-straight terrible losses on the road.

How did the Tigers go from scoring 38 points and gaining nearly 600 yards of total offense like they did in their last home game against Ole Miss to scoring a combined 21 points in their next three games?

It’s hard to explain, especially when you ask members of the team.

“These past three weeks we had good weeks of practice,” offensive tackle Yasir Durant said on Tuesday. “It’s football, it didn’t translate.”

If Durant is right and the practices in the lead-up to the debacles at Vanderbilt, Kentucky and Georgia were good, something is seriously being lost in translation.

Aside from the defense, which for most of the losing streak has been solid, nothing much is clicking for the Tigers.

The mental mistakes are adding up, too. The Tigers combined for 25 penalties on their dismal road trip.

“It’s things on both sides of the ball that we can correct,” safety Joshuah Bledsoe said. “At the end of the day, we just have to play our game and whatever happens will happen.”

In the 21-14 loss to Vanderbilt, the penalties were the biggest problem for the Tigers. They committed 12 for 120 yards. On Vanderbilt’s final drive of the game, Missouri defensive tackle Jordan Elliott committed two offside penalties that allowed the Commodores to run out the clock.

Against Kentucky, torrential rain was a factor, but Missouri struggled to sustain drives. Its only touchdown came on a screen to running back Tyler Badie who exploded for a 74-yard run-after-catch. Missouri also fumbled four times that game, somehow losing only two, and dropped multiple passes.

Against No. 6 Georgia, albeit without Kelly Bryant, the Tigers scored no points and was held to a season-low 198 yards, its lowest total since 2015. They only committed five penalties in Athens, and had just one turnover. But with quarterback Taylor Powell, who played the first three quarters, the Tigers only managed five first downs.

Missouri is now 0-4 on the road this season and undefeated at home, a confounding disparity. During this current losing streak, the offense has been the main culprit for the Tigers, but in the season-opening loss to Wyoming, the offense scored 31 points. In Laramie, it was the defense who let the team down, making this stretch that much more confusing.

Bledsoe can’t explain why the performances have differed on the road and at home.

“We just have to come to play on away games,” Bledsoe said.

Receiver Barrett Banister was a little more blunt in his assessment of Missouri’s rut.

“At the end of the day, good football teams are the ones that are able to execute and are good with discipline,” Banister said. “The last three weeks, for whatever reason, we haven’t had that on the road.”

But Banister doesn’t think it necessarily boils down to home-versus-road, that’s just the way it has turned out.

“It’s about us going and executing those fundamentals and doing it with discipline,” Banister said. “It’s all in our heads and we just have to go out this Saturday and we can’t worry about what’s going on.”

This Saturday, Missouri finally returns to Faurot Field, but the opponent is tougher than any of the others the Tigers have faced at home. Florida enters the game ranked No. 11 in the country and is good on both sides of the ball.

The Tigers are in dire need of a win, and Florida is not an easy team to beat. To do so, the players in the locker room will need to put this rough stretch behind them. Quarterback Taylor Powell thinks they can.

“Everybody’s upset (about the recent results), but what are you going to do, sit and pout?” Powell said. “You can’t do that.”

Bucks, Lakers look to shed rust, be healthy for playoffs

Redskins to have 'thorough review' of name amid race debate