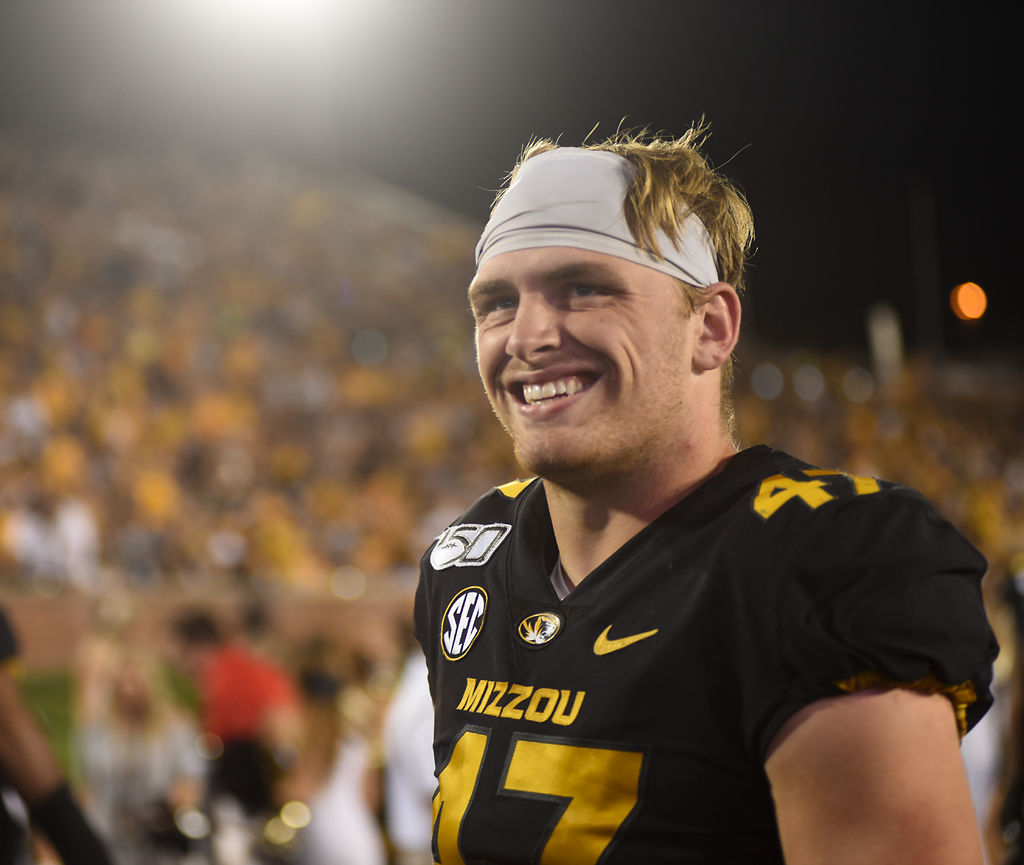 Missouri linebacker Cale Garrett, shown here against Southeast Missouri State on Sept. 14, was among current and former Tigers' players responding on social media to the firing of Barry Odom on Saturday. 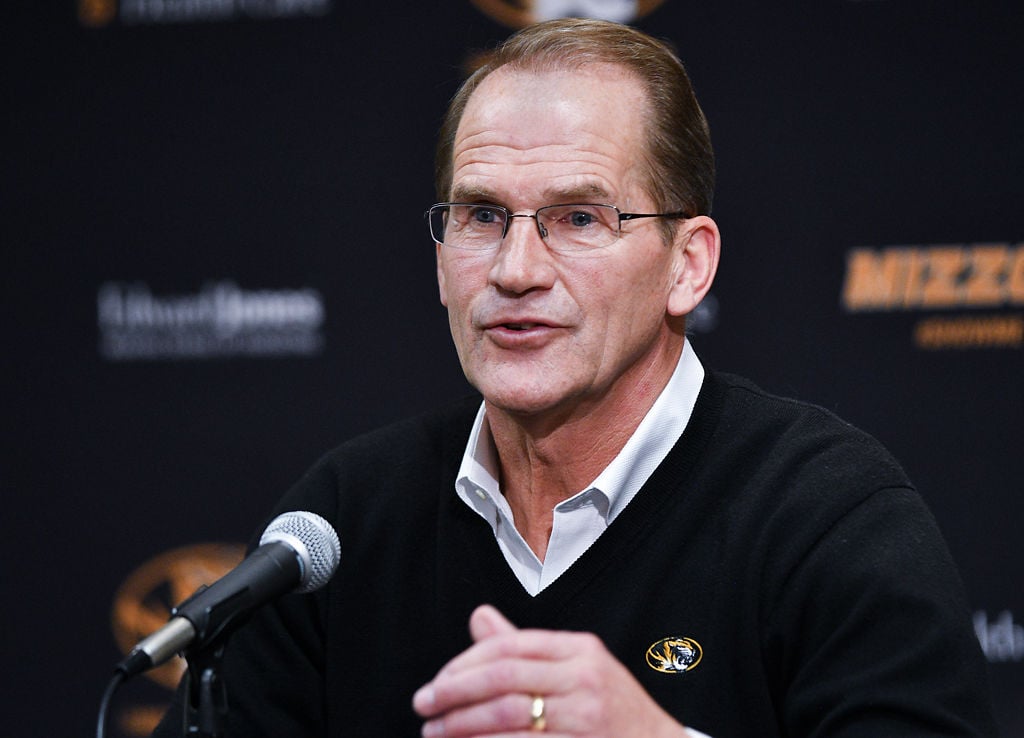 Missouri Athletics Director Jim Sterk speaks to the media about firing football coach Barry Odom on Saturday in the Mizzou Arena Media Room. "We already have a lot of interest in the job," said Sterk.

Missouri linebacker Cale Garrett, shown here against Southeast Missouri State on Sept. 14, was among current and former Tigers' players responding on social media to the firing of Barry Odom on Saturday.

Missouri Athletics Director Jim Sterk speaks to the media about firing football coach Barry Odom on Saturday in the Mizzou Arena Media Room. "We already have a lot of interest in the job," said Sterk.

The community of former and current players, as well as fans, in and around the University of Missouri reacted quickly Saturday to the news about the firing of Barry Odom.

Don’t agree with this at all https://t.co/8phu93KxLk

Today @MizzouFootball fired one of the greatest men that I know. I don’t support this at all! Correct me if I’m wrong, but I believe Barry Odom has more wins than any former coach in 4 years at Mizzou. Ncaa ban up held and a True Son becomes the scapegoat. Smh! Good luck BO!

If this isn’t a PR move bc of the Ncaa bowl game ban then I guess @MizzouFootball woke up and said we’re underachieving, and that’s solely on BO! It’s gonna be hard to find a coach that’ll be able to legitimately challenge in the SEC East right away.

Sterk getting his own hire is fine. But the odds are it won’t change overnight. Before ‘05 when was the last time Mizzou had bowl game success? Now it seems as if we EXPECT to go to the SEC title game and a Post NYD bowl. We ain’t Bama! Wake up! It ain’t easy folks!

Current players gave their thoughts and thanks to Odom as well.

Senior punt returner Richaud Floyd tweeted, "Forever a fan of Coach Barry Odom. They f----- up that decision. The program that gets him will be lucky."

@Coach_Odom thank you for everything you’ve done for a program and for myself. Without you, I would have never had the opportunity to play in a Mizzou uniform. You have had a tremendous impact on my life well beyond football.

Appreciate it for the opportunity and all coach! You honesty put me in great positions to be able to change my whole life🙏🏾🤝🖤 @Coach_Odom pic.twitter.com/KLztgUwpYv

Thanks for all you done for me, thanks for believing in me and giving me the opportunity of my life. Also for pushing me to be a better player and person. I’ll never forget everything you taught me. Would’ve never been at Mizzou if it wasn’t for you. Thanks Coach @Coach_Odom

Fans also weighed in with differing opinions of whether it was the right timing or not.

Sucks to see Odom get fired because he's a good dude, but this was the right move. You gotta try and not be mediocre, and that's what Mizzou Football had become.

I’m sure Barry #Odom was a real nice guy and he represented Mizzou well with his presence. But True Son or not, it’s time to face the facts: Going 6-6 and losing to to Wyoming, Vandy, Kentucky, and Tennessee with the talent he had was beyond unacceptable and definitely fireable.

The firing of Barry Odom had to happen, this season was a huge letdown. He was a great person and wish he could have kept the momentum going but 6 wins ain’t going to cut it with this schedule and talent on that roster. Mizzou needs to make a splash.

The players and alumni who do nothing but speak for Coach Odom clearly undersell #Mizzou's potential as a program and are fine settling for mediocrity. This program was close to the National Title and CFP multiple times in the past decade. MIZ can be more if we recognize that.

Let’s be clear: Barry Odom left Mizzou football in an unequivocally better spot than he inherited. Hopefully the next ball coach can do the same with as much class and dignity as the man before him.

Mizzou fires Odom after going 25-25 in 4 seasons https://t.co/b6vyTSUy5RDisgraceful. This man straightens out a program in the THE best FB conference goes 6-6 and gets fired?

Missouri fired Barry Odom huh? That’s rough, played at Missouri, two degrees from Missouri, coached/worked at Missouri in some capacity for like 20 years. He might make a really good defensive coordinator for someone next year.

Sorry, but I am not going to celebrate a coach being fired during the Holiday season. Especially one who loved his alma mater like Odom did Missouri. #MizzouFootball #Mizzou https://t.co/wFvInHS4wO

Athletic director Jim Sterk fired Odom Saturday after a 6-6 season. Odom finishes with a 25-25 overall record over his four years leading the Tigers.