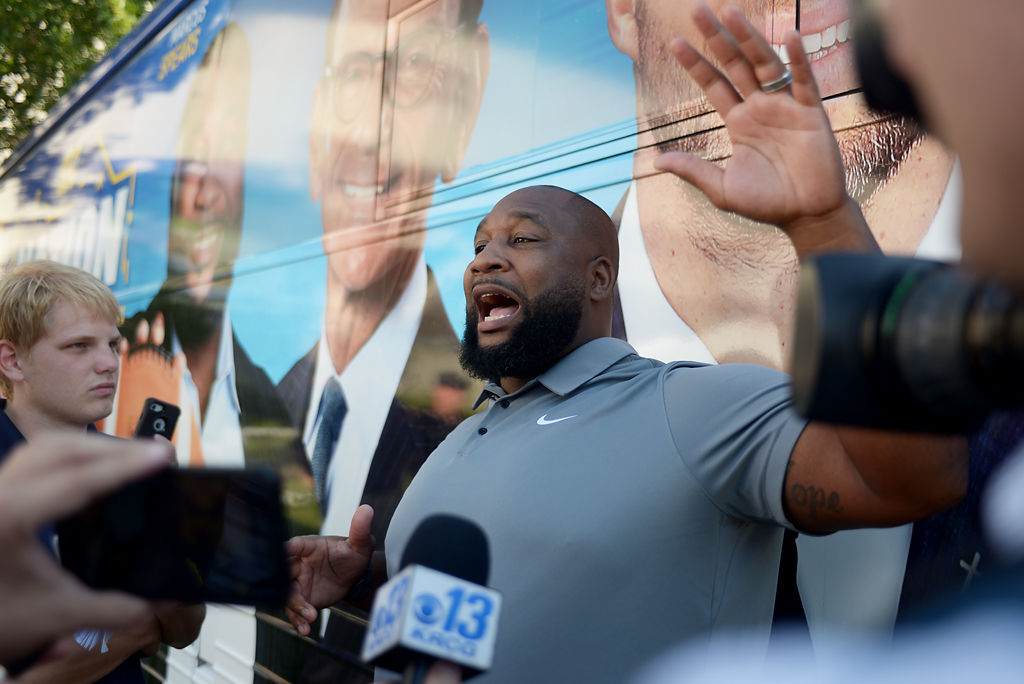 SEC Analyst Marcus Spears speaks with reporters near the West Lawn of the Hearnes Center on Friday. Spears commented on the great weather here in Columbia and his good relationship with Missouri football head coach Barry Odom. 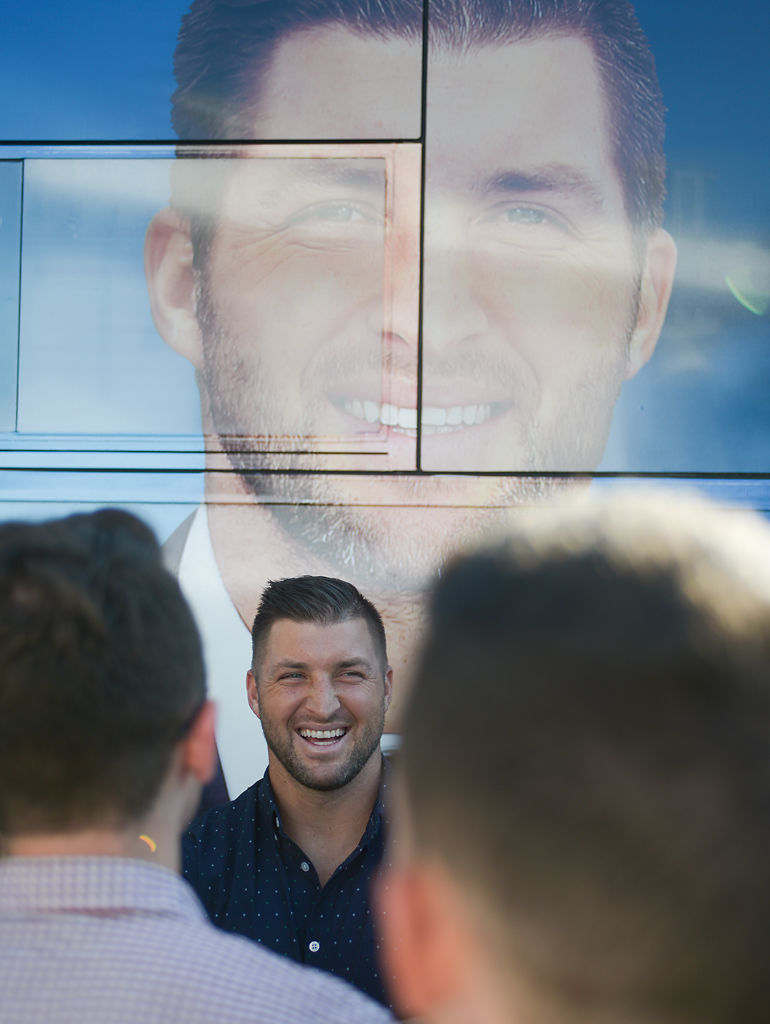 SEC Analyst Tim Tebow speaks with reporters near the West Lawn of the Hearnes Center on Friday. Tebow is in Columbia for SEC Nation, a weekly traveling pregame show hosted by the SEC Network.

SEC Analyst Marcus Spears speaks with reporters near the West Lawn of the Hearnes Center on Friday. Spears commented on the great weather here in Columbia and his good relationship with Missouri football head coach Barry Odom.

SEC Analyst Tim Tebow speaks with reporters near the West Lawn of the Hearnes Center on Friday. Tebow is in Columbia for SEC Nation, a weekly traveling pregame show hosted by the SEC Network.

Tim Tebow approves of the South End Zone facility based on his Friday morning lift.

He had a chance to not only see but pump iron as well in the new weight room.

Tebow, along with his colleagues at SEC Network, arrived in Columbia ahead of Missouri’s game against West Virginia on Saturday. In the two hours before the game, Tebow, along with Marcus Spears and Marty Smith, will take part in a live SEC Nation taping on the Hearnes Center lawn, across the street from Memorial Stadium.

While the Paul Finebaum show was held on stage Friday, the trio weighed in on Columbia, a city where their familiarity varies.

Spears, a former LSU Tiger who went on to play nine seasons in the NFL, is in town for a third time. He calls the Columbia weather "kind" and is a fan of the gameday atmosphere.

“It reminds you of high school on Friday night, which I think is the best, most innocent form of football,” Spears said.

He realized how that might sound like a slight, but he said he means it as a compliment.

“When you get to the 80-90,000 seat stadiums, that becomes really professional and really commercial,” Spears continued. “But when you get to a town like Columbia where it’s only Missouri football and you know shops are going to close on Saturday and people are like, 'This is a holiday today,’ that’s just a great feel to be a part of. That’s what football is to me.”

Tebow also commended the atmosphere. He recalled watching games in Columbia on TV when Brad Smith was running the Tigers' offense.

“I don’t think it necessarily gets the same love as some of the other schools in the SEC for tradition, but I think it’s really cool,” Tebow said. “And I like their (uniforms).”

Smith, who is filling in for SEC Nation host Laura Rutledge while she takes maternity leave, has never been to Columbia before. He has tried to take in as much as possible.

He went on a long run around downtown and took a detour through campus.

“I love downtown,” Smith said. “It has this really cool, kind of '60s downtown vibe to it. I didn’t see hardly any chains.”

He also peeked into Skylark bookstore during a trip to Kaldi’s for coffee, where he met with Missouri coach Barry Odom on Friday morning.

“I don’t know how the coffee shops stay in business,” Smith said. “There are like 712 coffee shops in a half a mile square radius.”

Spears has not ventured much outside his hotel room in Columbia, so he needed to ask reporters for food recommendations.

Tebow has had some food around town, but there has not been much variety. He laughed before he said he has mostly eaten meat, specifically steak and short rib.

But whether it’s meat or time spent in the South End Zone weight room, Tebow is a fan of Columbia.

“I don’t think it necessarily gets talked about as a really cool college town, but I have really enjoyed it,” Tebow said. “They have great fans, they’re excited and they love their teams.”

Reaction to the death of retired NBA superstar Kobe Bryant