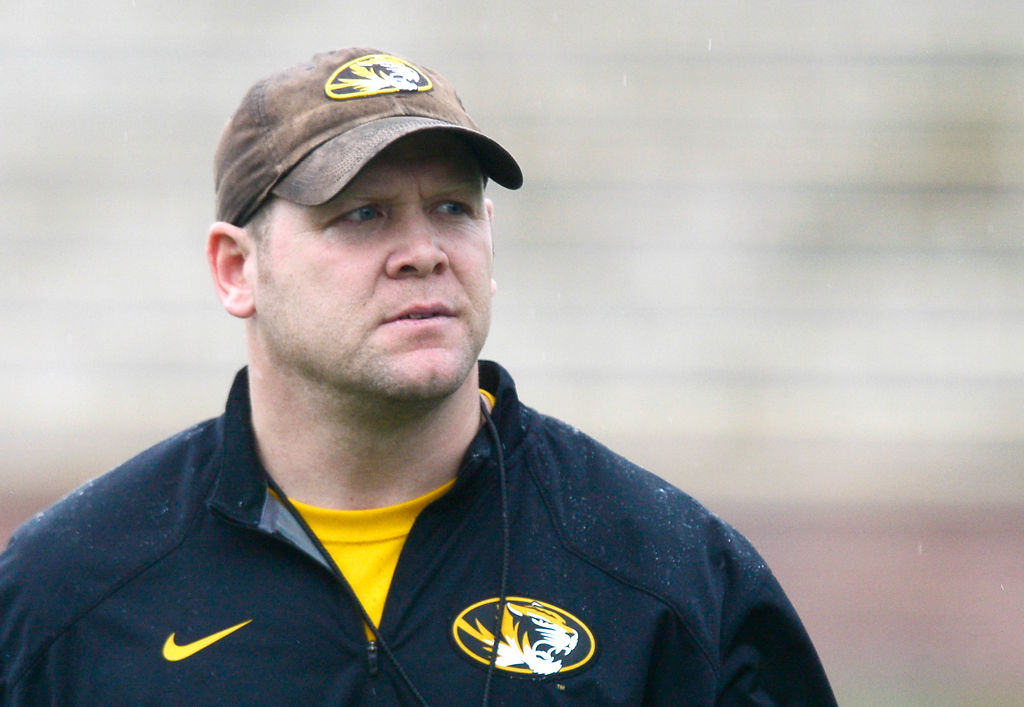 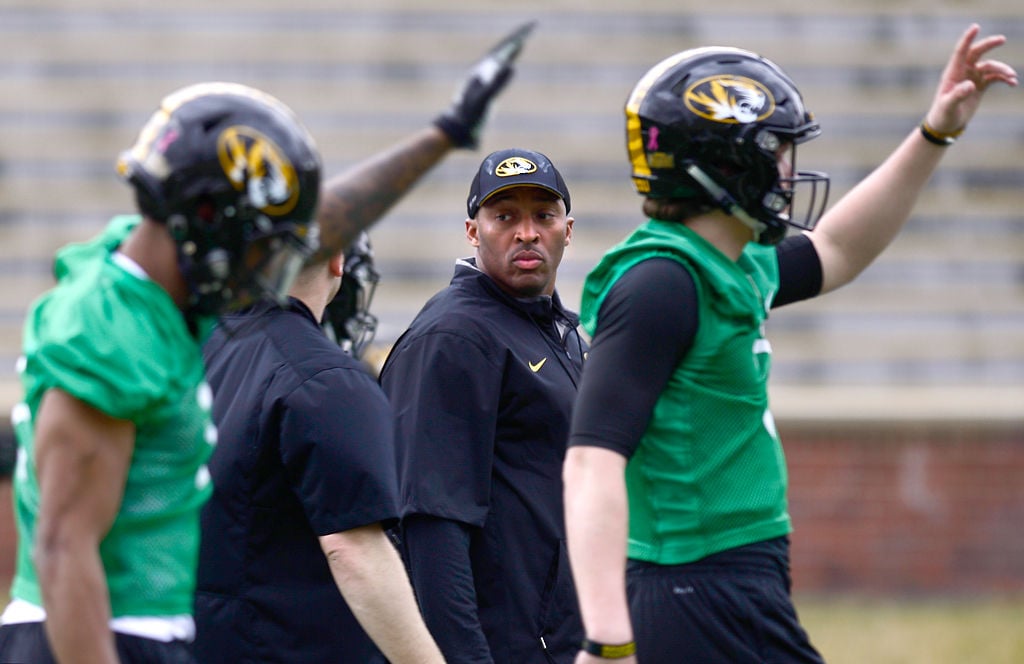 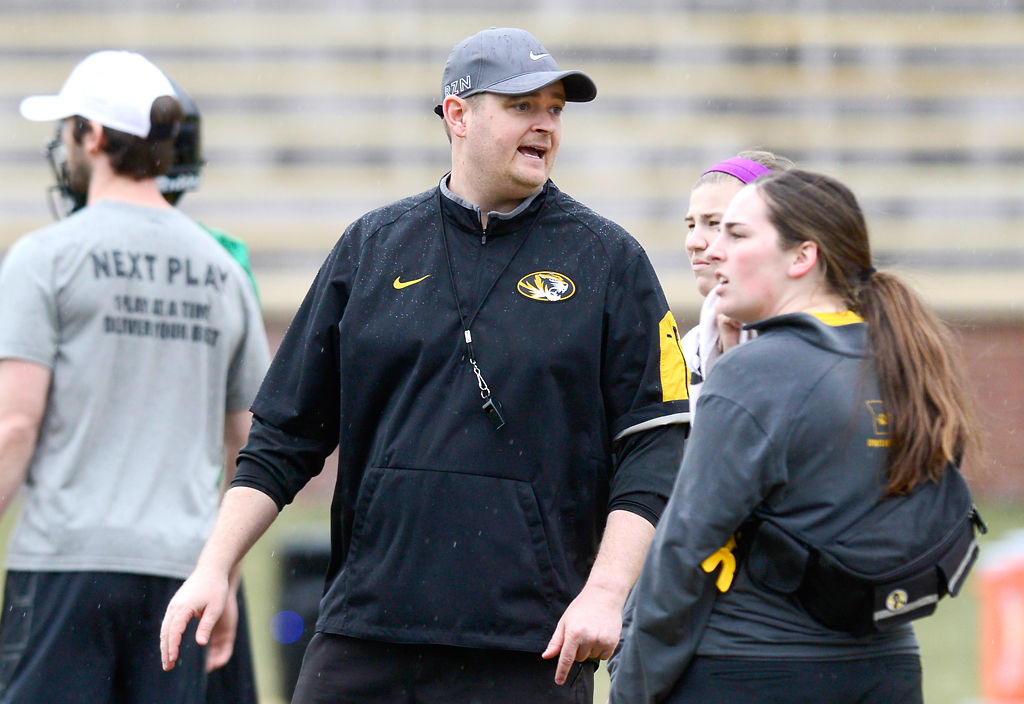 Missouri football offensive coordinator Josh Heupel shouts during practice on Tuesday at Faurot Field. Heupel, formerly of Utah State, begins his first season with the Tigers in the fall. 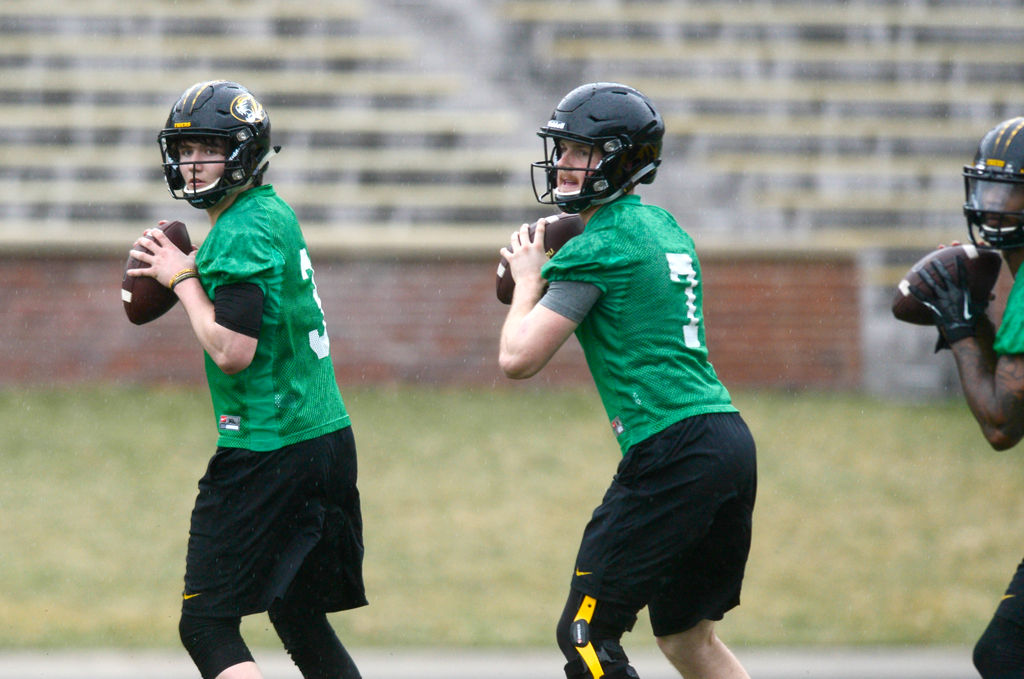 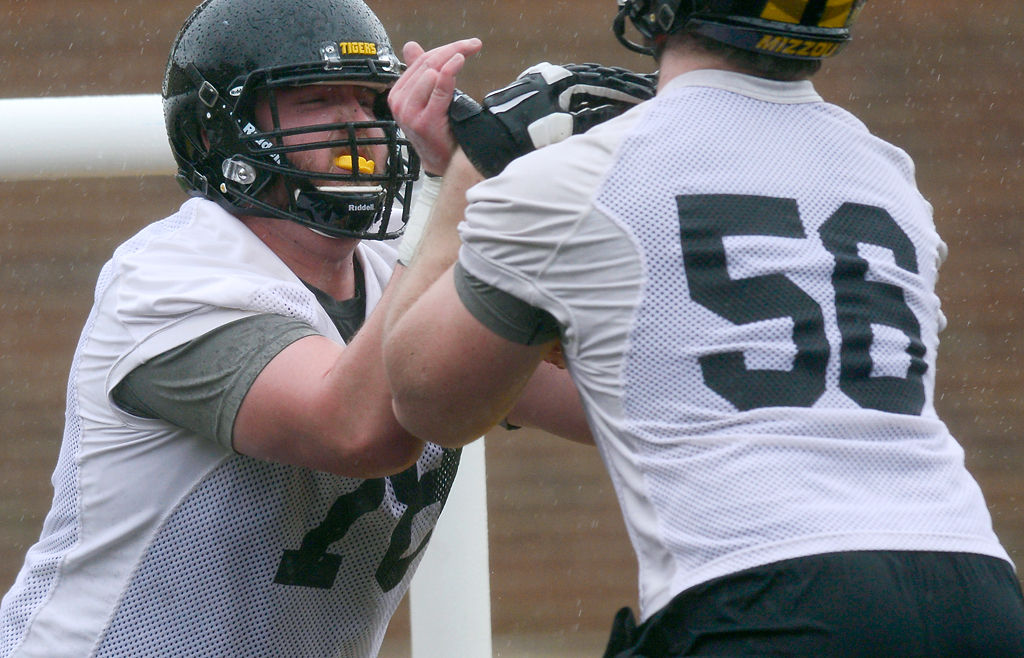 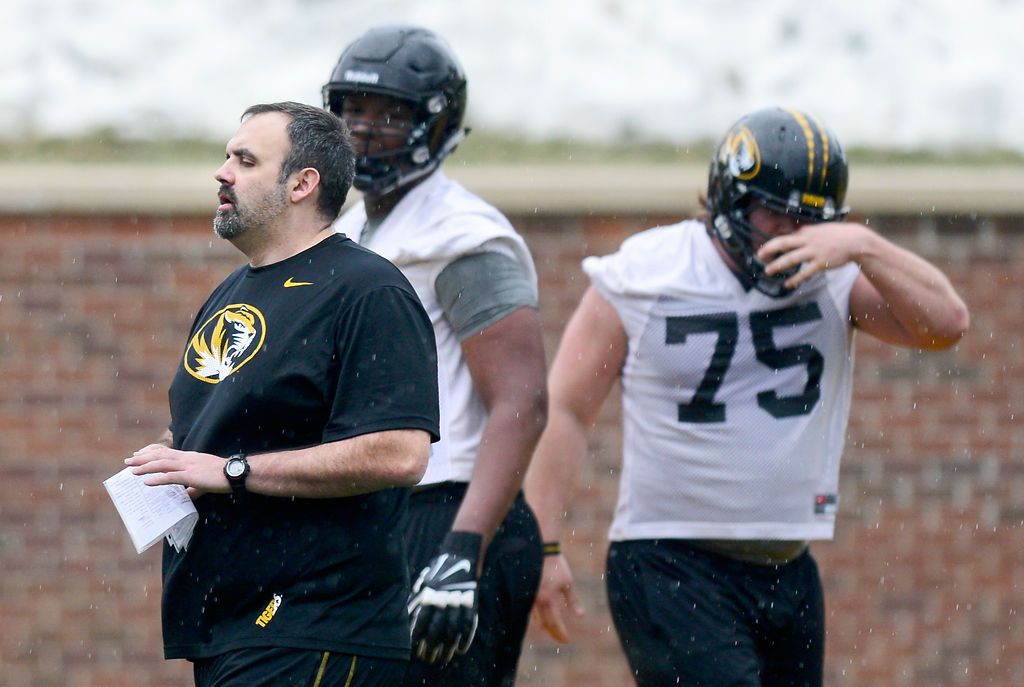 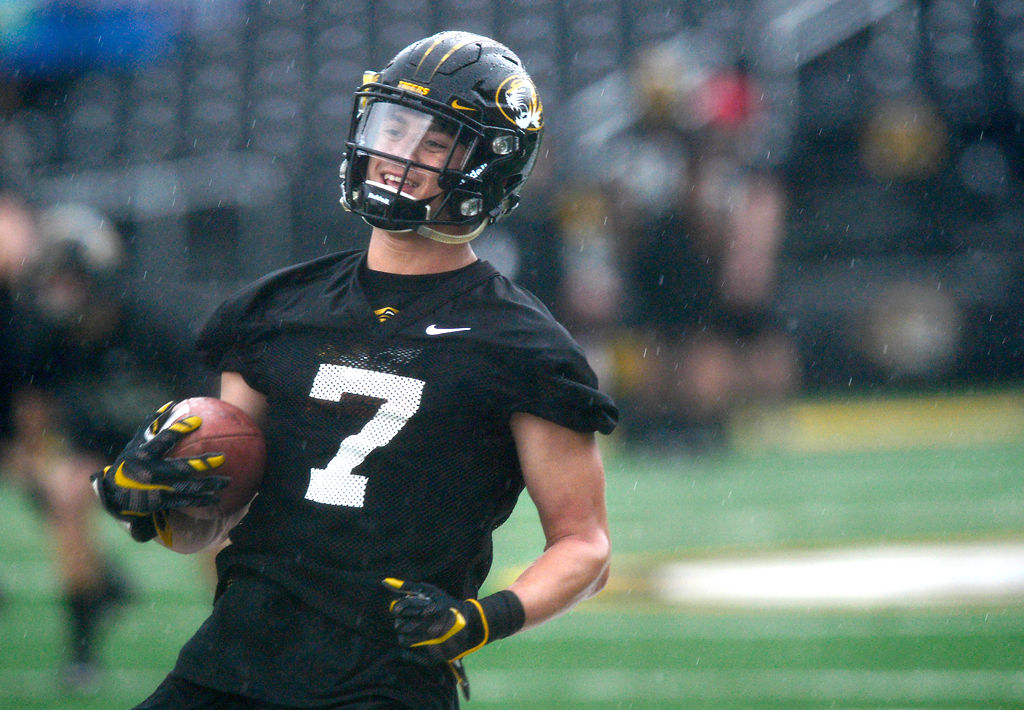 Missouri football offensive coordinator Josh Heupel shouts during practice on Tuesday at Faurot Field. Heupel, formerly of Utah State, begins his first season with the Tigers in the fall.

COLUMBIA — As Barry Odom walked onto Faurot Field for his first spring practice as Missouri's head football coach, his predecessor greeted him.

The hashtag "#ThanksGP" was near the 10-yard line in slightly-faded black and gold spray paint. It's been on the grass since the Tigers' Nov. 21 game against Tennessee, Gary Pinkel's last home game. And it remained Tuesday as a reminder of the previous coaching staff's legacy at Missouri and the expectations this program has.

Pinkel, who retired following the 2015 season because of an ongoing battle with non-Hodgkin lymphoma, built up quite the resume in his time at Missouri. His 10 bowl games in 15 seasons, 118 wins and signature visor endeared him to Missouri fans.

Odom, in his first season as a college head coach, faces the task of trying to replace Pinkel, whose presence and impact is still very much felt with this team. So, how did Odom feel about his first day of practice?

"I was a little bit sloppy, honestly," Odom said.

Odom said he's still trying to find a balance overseeing all departments, a change from his role as defensive coordinator and linebackers coach a season ago. He was heavily involved during practice. He constantly roamed from the offensive side of the field to his defensive home. He interacted with all of his new coaching staff. Odom said he is still learning when to let his assistants coach and when he should give his input.

One of the first things Odom did as head coach was overhaul Pinkel's staff. Only wide receivers coach Andy Hill, running backs coach Cornell Ford and safeties coach Ryan Walters remain from Pinkel's staff, and all of them are in new roles. (Hill and Ford moved from quarterbacks and cornerbacks, respectively, while Walters received a promotion to co-defensive coordinator.)

With all the turnover the staff has had, Odom stressed the importance of educating his team in its early stages of practice.

"The urgency for us is to be great teachers," Odom said. "That's what we are. We've got to be on-point with all the new schematics we're getting ready to use. Then, we have to find out who the best 11 are in each spot."

Tuesday's practice was routine. Players stretched and walked through drills while the coaches watched. After the first day, linebacker Michael Scherer, who worked closely with Odom last season, was initially hesitant to compare Odom and Pinkel. But he said there's a noticeable difference between the two.

"Not to say Coach Pinkel's way was not the right way, but (Odom) is much more active," Scherer said. "He jumps in, tells me what to do, and then goes down to the offensive side and is active with their side, too. He's a very open and player-friendly coach."

Scherer said Odom leaves his door open for his players to enter when they please. His office is filled with candy and video games, and Odom makes himself available to watch film whenever he can.

After seeing the lighter side of Odom in his new role, is Scherer intimidated by his new head coach?

"Intimidate me? No," Scherer said with a smile. "You can tell him I said that."

A few holdovers from the Pinkel era were on hand for Missouri's first practice on Tuesday: Broncos defensive end Shane Ray, former Missouri wide receiver Bud Sasser and Kentrell Brothers, the team's leading tackler during the 2015 season, who thinks his former position coach will make an easy jump to head coach.

"(Odom) came in last season, and we all respected him off the bat, just because of the person he was," Brothers said as he worked out on the sideline with Ray. "After we saw his intensity on the field and his work ethic, it was easy to like him as a coach."

Looking back at Odom's tenure at Missouri

Missouri head coach Barry Odom was fired after four years and a 25-25 record. We looked back at Odom's tenure at Missouri.