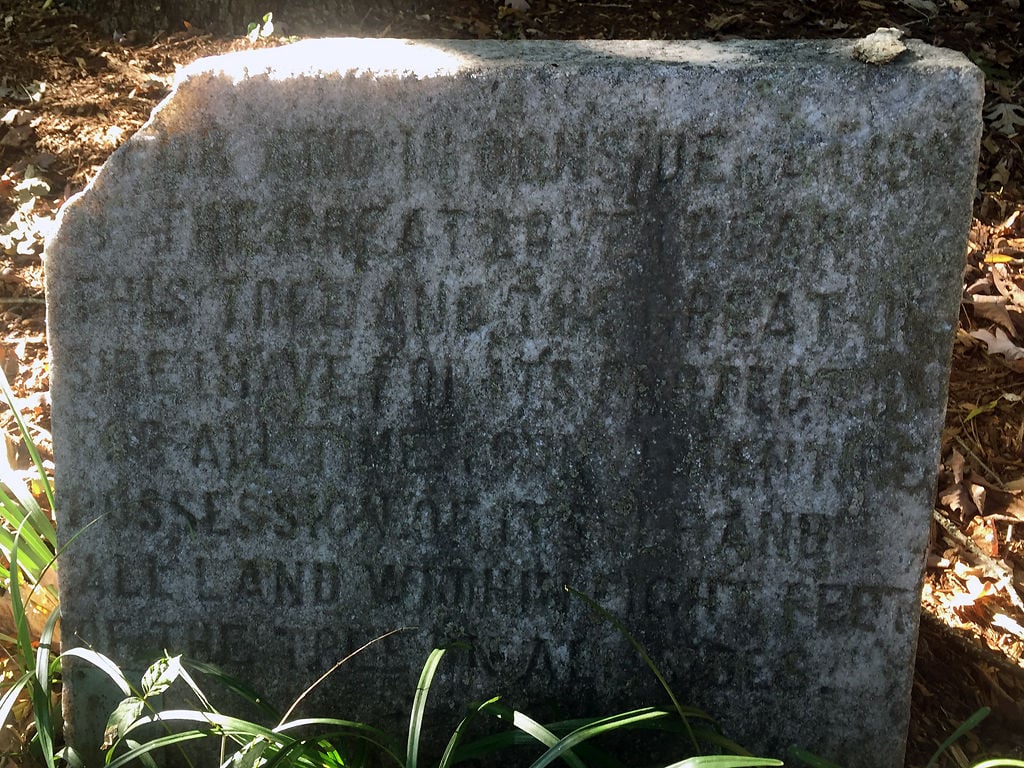 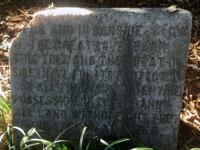 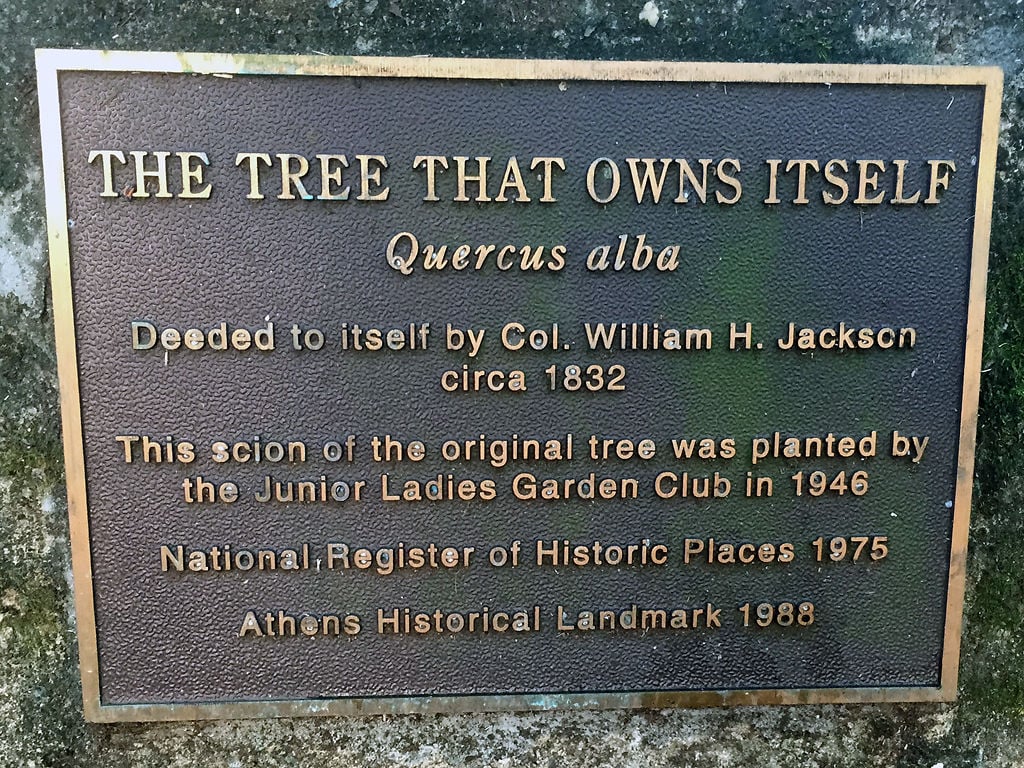 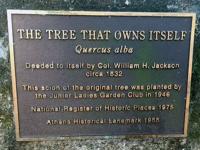 The tree that owns itself 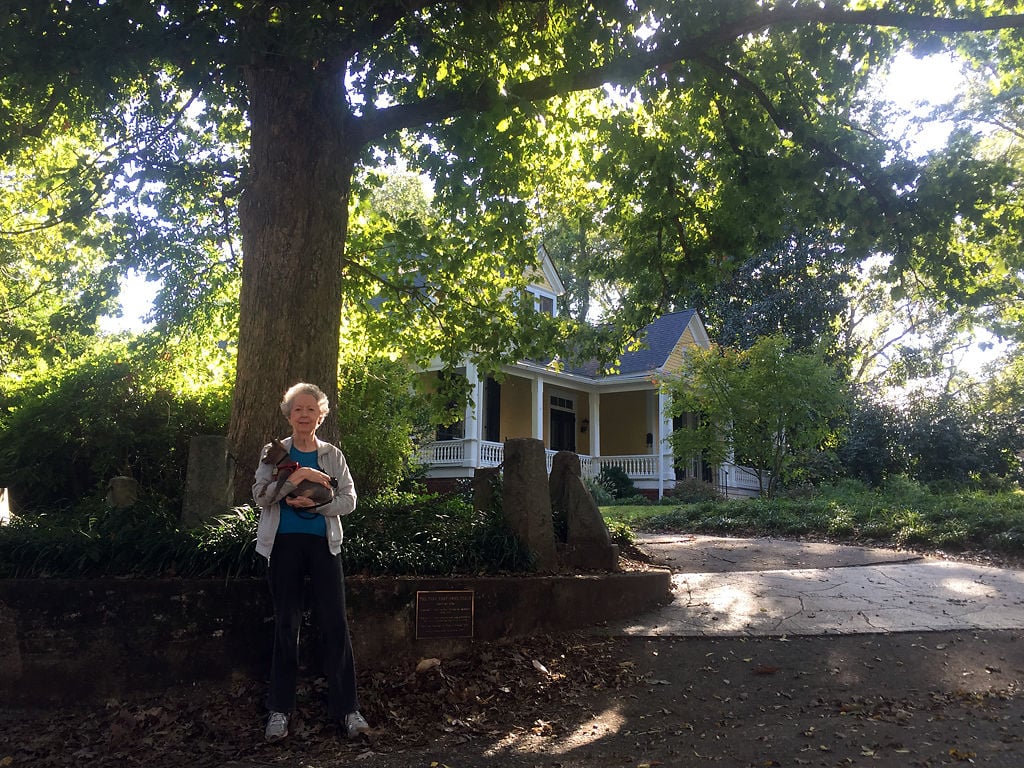 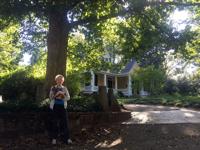 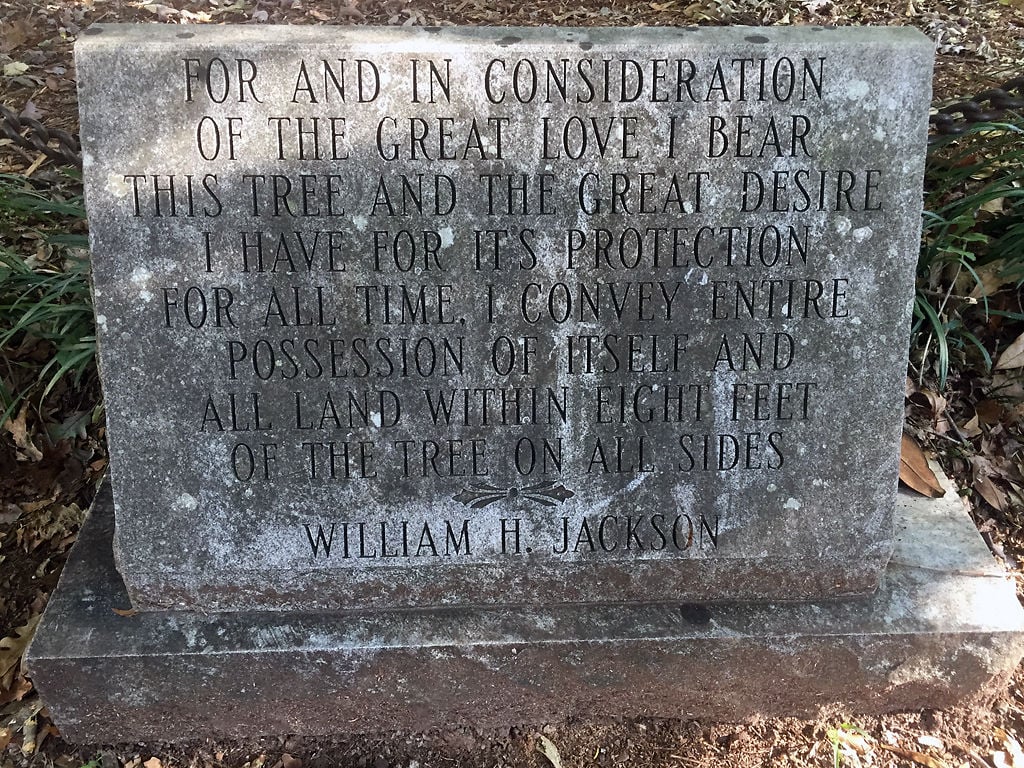 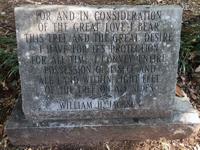 The tree that owns itself

The original sign of love in front of the Georgia oak tree is now worn. But the roots are still here, and so is a replacement tree.

There’s a dirty, rectangular cement block plopped on the corner of South Finley and Dearing streets here. It’s hard to read. You have to squint, and sometimes even that isn’t enough. If you want to really understand, you’ll have to read the replica just feet away:

“FOR AND IN CONSIDERATION OF THE GREAT LOVE I BEAR THIS TREE AND THE GREAT DESIRE I HAVE FOR ITS PROTECTION FOR ALL TIME, I CONVEY ENTIRE POSSESSION OF ITSELF AND ALL LAND WITHIN EIGHT FEET OF THE TREE ON ALL SIDES.

This is The Tree That Owns Itself, the second incarnation. The first went down early in 1942 because of strong winds. Jackson, who owned the title of colonel, loved that tree so much he freed it from his land during the antebellum period — 1832. But the tree and its concept of independence meant so much to people here, even long after Jackson died, that another needed to be planted. And the Junior Ladies Garden Club did so, planting a descendant of the original tree in 1946. In 1975, The Tree That Owns Itself joined the National Register of Historic Places.

“See that?” 79-year-old Martha deBeaugrine, who lives in the tree’s neighborhood, asked as she gestured toward the cobblestone street near the tree. “Pretty old.”

Everything here feels old. Each home with its grand, green front lawn. Plenty with magnolia trees. There's a house that has ornate metal lattice work around its patio out front — and one-time slave quarters out back.

“Free thinking,” Joan Jackson, an associate professor emerita of psychology at the University of Georgia, said when characterizing the town. Athens is the only college town she’s worked in, she said. She lives on Dearing Street, across from the tree.

“Any way you think, you can probably find someone who can match,” deBeaugrine said.

Friday, deBeaugrine wore earrings with a tree's silhouette while she walked her small dog, Viva, around the neighborhood. She’s a self-proclaimed tree hugger. How could she not be? When she was in graduate school at Georgia, where she said she received both of her degrees, she rented a room in the house next to The Tree That Owns Itself.

She grew up in Athens, and she’s lived much of her adult life here. Friday, deBeaugrine dropped into Joan Jackson’s backyard, which is built into a hill — and then to the backyard of Joan Jackson’s neighbor, who lives in the colonel’s former home.

She misses telling her stories to others. People who visited The Tree That Owns Itself — like two Missouri fans did around 3 p.m. local time Friday — used to ask her about the tree. Now, most just use their cell phones. They miss out on hearing all the other stories, like the one about the house at the opposite end of the street.

Legend goes a woman owned the whole block of land. She sold much of it to a man who built his house close to hers. In a depression regarding her sudden lack of space, the woman never emerged from her home again.

The next block over is the house that the trees protect, the one with complicated lattice work. Friday, deBeaugrine walked into the home’s backyard to look at the former slave quarters. It isn't an era the town is proud of, she said. It remains, though, as a relic.

“Part of history,” she said.

Mass on kidney to keep LeVert out indefinitely for Pacers