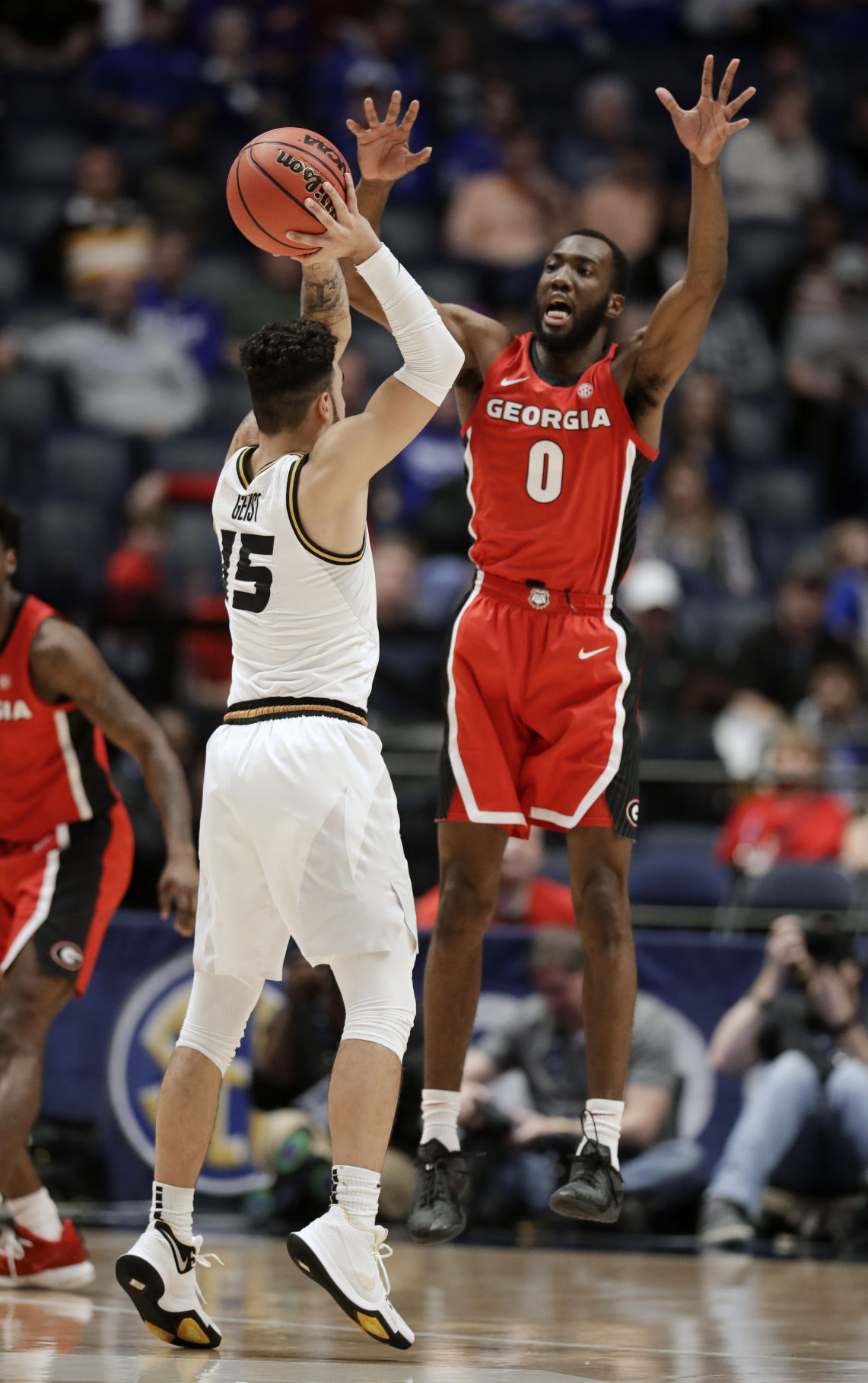 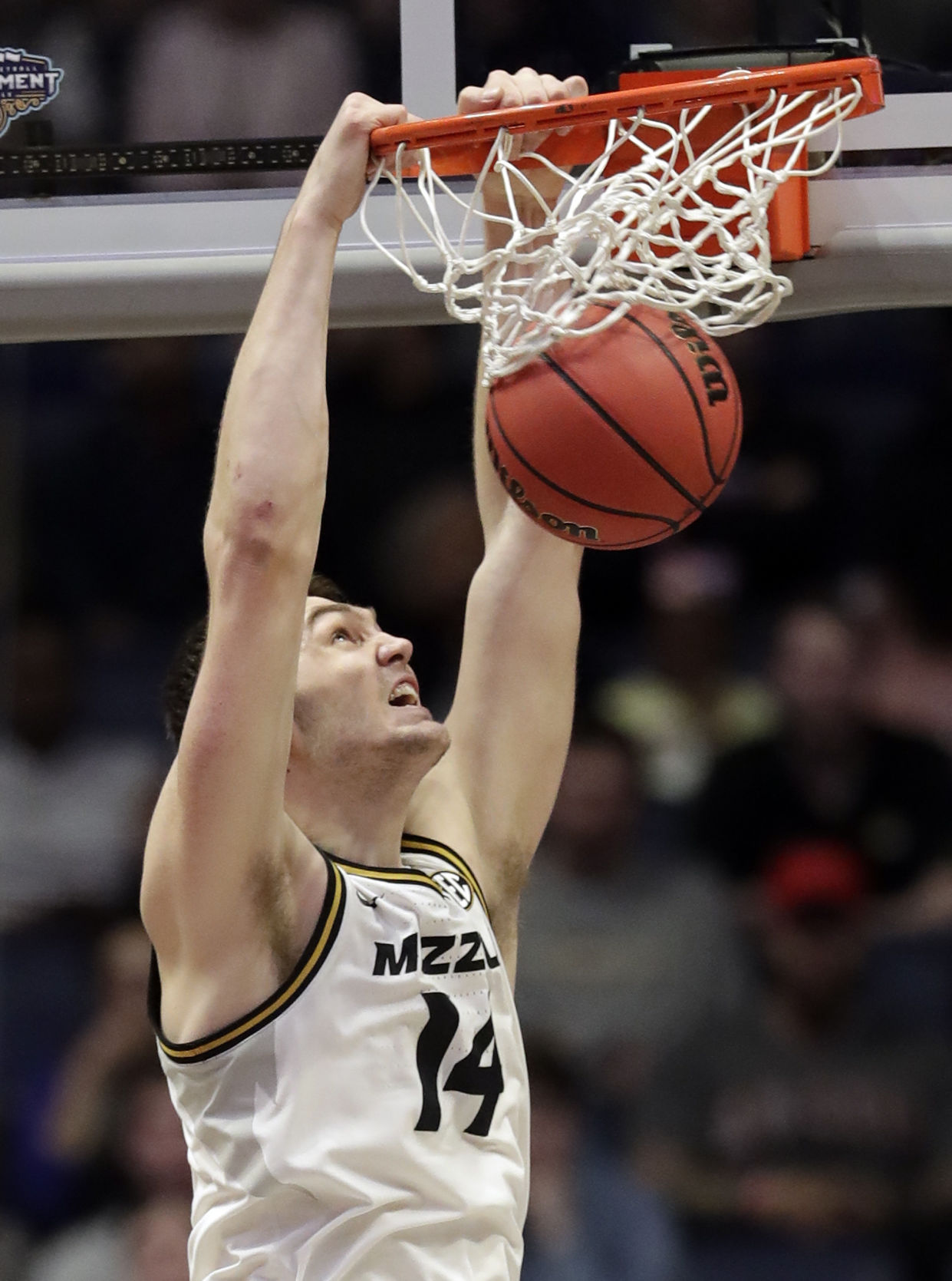 Missouri forward Reed Nikko dunks against Georgia in the first half of Wednesday's game at the Southeastern Conference Tournament in Nashville, Tenn. 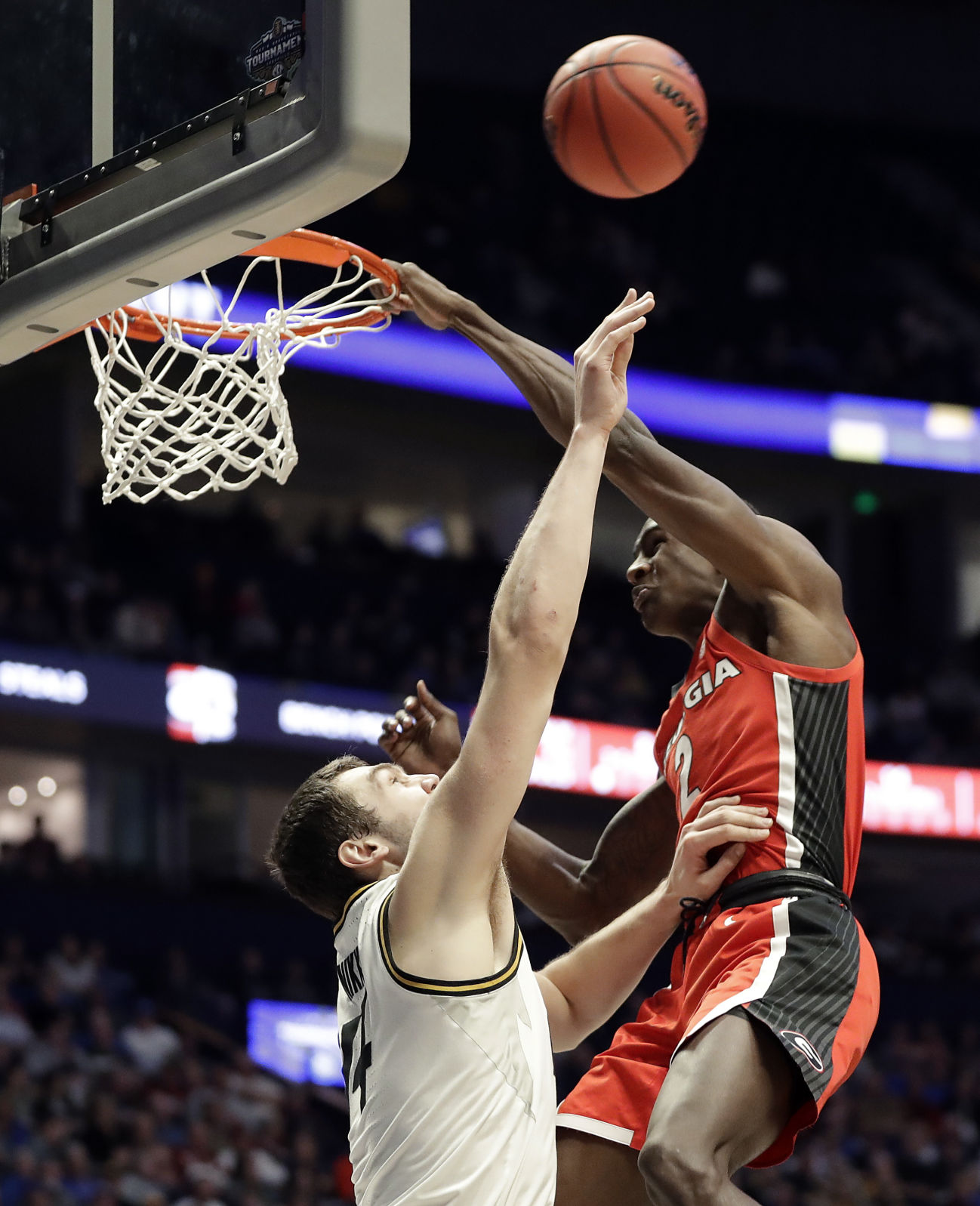 Georgia guard Jordan Harris (2) misses a dunk against Missouri forward Reed Nikko (14) in the first half of Wednesday's game at the Southeastern Conference Tournament in Nashville, Tenn.

Missouri forward Reed Nikko dunks against Georgia in the first half of Wednesday's game at the Southeastern Conference Tournament in Nashville, Tenn.

Georgia guard Jordan Harris (2) misses a dunk against Missouri forward Reed Nikko (14) in the first half of Wednesday's game at the Southeastern Conference Tournament in Nashville, Tenn.

NASHVILLE, Tenn. — In a season that many Missouri fans have viewed as the beginning of coach Cuonzo Martin’s rebuilding process, including a team featuring three promising freshmen, it was the Tigers’ senior leader who showed the most urgency Wednesday night.

After all, the Tigers’ rookies — Torrence Watson, Xavier Pinson and Javon Pickett — will have more chances to make a run in the Southeastern Conference Tournament.

But for Missouri senior guard Jordan Geist, Wednesday’s game hung his collegiate career in the balance. The Fort Wayne, Indiana, product seemed keen on extending it.

Geist has certainly seen a lot during his time in black and gold. The senior began his career during the final season of Kim Anderson’s tenure as the Tigers’ coach.

The next year was Missouri’s reintroduction to relevance, as Missouri returned to the NCAA Tournament in Martin’s first season. In his new role as one of two seniors in the Tigers’ rotation in 2018-19, Geist wanted to build off last season’s success while helping to shape Missouri’s future.

Wednesday’s matchup of SEC bottom-feeders was played mainly for pride. Clearly that was enough motivation for Geist, whose steady scoring presence guided the Tigers throughout the evening.

Missouri’s opposition felt that sense of pride, too. In what has been a turbulent season in Athens, Georgia, one in which Bulldogs coach Tom Crean blamed himself for keeping carryovers from the Mark Fox era on his roster, Crean got choked up after the game.

“I’ve enjoyed working with these guys, and I love ‘em. And we haven’t known each other a year yet,” Crean said. “I did not want the season to end.”

Just as they did in last year’s SEC Tournament opener, the Tigers faced Georgia. But the ramifications were not nearly the same. This time, Missouri wasn’t looking to boost its NCAA Tournament résumé.

The Tigers’ first half was defined by foul trouble, as Jeremiah Tilmon, Reed Nikko and Geist picked up two fouls in the period. Pinson, who with 15 points was the Tigers’ No. 2 scoring option for much of the evening, committed three fouls over the game’s first 20 minutes.

“It made it tough for us to get a real offensive flow,” Martin said.

Georgia’s constant presence at the foul line kept the Bulldogs in the game early; the Bulldogs attempted 18 free throws in the first period, hitting 12 of them. Despite a run of 7 minutes, 36 seconds without a field goal late in the first half, Georgia stayed close. In fact, the Bulldogs went on a 6-0 run during that stretch to take a 33-26 lead with 2:57 until the break.

The Tigers leaned on Geist, who kept them afloat with 14 first-half points, to keep the game close. Although his teammates shot just 6-of-20 (30 percent) in the period, Missouri trailed just 34-32 at halftime.

MU’s foul troubles improved in the second stanza, as not a single Tiger ended up fouling out. But Missouri still relied on Geist to lead the way.

The Tigers certainly could not look to Tilmon, who scored four points and was 0-of-5 from the field in the second half. The sophomore was able to get close to the basket and find the looks he wanted, but a lid seemed to cover the goal anytime Tilmon put up a shot.

Mitchell Smith’s and-one layup with 8:57 to play put Missouri up 49-43, prompting Kevin Puryear to scream, “That’s what I’m talking about.”

The Tigers held onto their lead for the rest of the game, pushing it as high as 11 points with 2:58 left. Crean had his team start fouling with a little under 90 seconds to go, forcing Missouri to ice the game at the charity stripe.

The Tigers made 9 of 10 free throws down the stretch, led by Geist’s 5-of-6 clip, to seal victory.

For Geist and the Tigers, so much of this season has been about the future. That still held true, even after Missouri’s senior guard led the way. Asked how important it was to help his team win Wednesday, Geist looked ahead.

“It’s very, very important. We’re trying to lay some foundation right now for the young guys,” Geist said. “Just coming out here, getting a win, showing the young guys what it feels like to get wins here, how difficult it is to get wins, but how grateful you have to be to get one.”

After winning their first SEC Tournament game of the Martin era, a far more daunting challenge awaits the Tigers in the second round. Missouri meets fifth-seeded Auburn (22-9, 11-7 SEC), which handed the Tigers their most lopsided loss of the season, a 92-58 romping on Jan. 30 in Auburn, Alabama.

What: Missouri vs. Auburn in SEC Tournament second round

How to watch: SEC Network

Nuggets must make do without Murray again

No. 1 Georgia, No. 11 Kentucky in matchup of SEC unbeatens