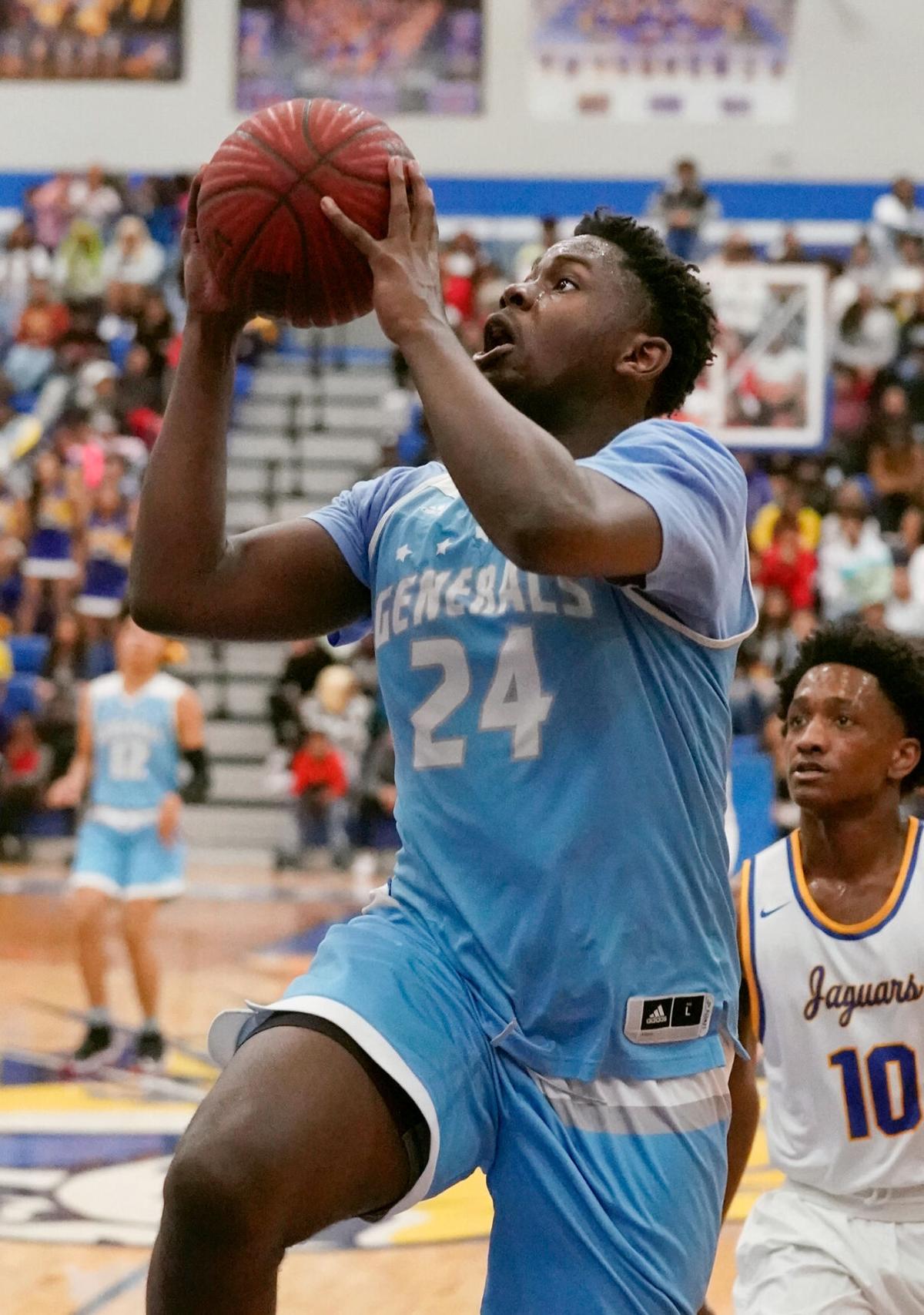 Kaleb Brown goes for a layup during a game against Mae Jemison High School on Jan. 10, 2020, in Huntsville, Ala. Brown can prove to be a key addition to Missouri men’s basketball’s backcourt in the upcoming season. 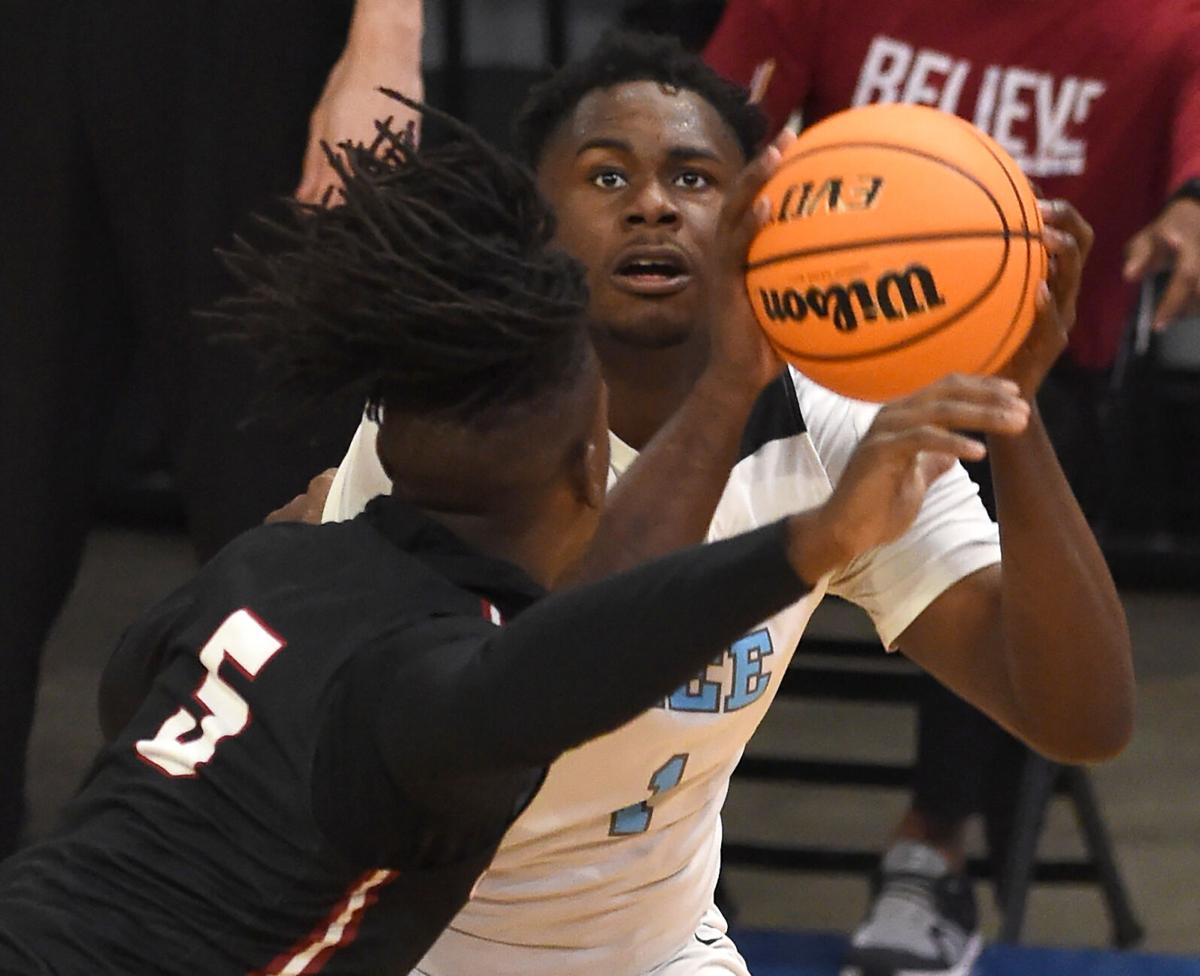 Lee-Huntsville's Kaleb Brown looks to shoot over Sylacauga's Caleb Burns during an AHSAA Class 5A semifinal game Feb. 27 at the Bill Harris Arena in Birmingham, Ala. Brown's passing ability could give Missouri men's basketball a key playmaker in the upcoming season.

Kaleb Brown goes for a layup during a game against Mae Jemison High School on Jan. 10, 2020, in Huntsville, Ala. Brown can prove to be a key addition to Missouri men’s basketball’s backcourt in the upcoming season.

Lee-Huntsville's Kaleb Brown looks to shoot over Sylacauga's Caleb Burns during an AHSAA Class 5A semifinal game Feb. 27 at the Bill Harris Arena in Birmingham, Ala. Brown's passing ability could give Missouri men's basketball a key playmaker in the upcoming season.

Two sets of brothers have set foot on Norm Stewart Court for the Tigers in the past decade. The Pressey brothers led Missouri to a conference championship and MU’s best season in the past 20 years. The Porters helped rejuvenate the program and gave the Tigers a modern NBA pedigree.

Hoping to follow in their footsteps of success are the Brown brothers. Kobe is a two-year starter for MU primed for a leadership role on a young team. His younger brother, Kaleb, is a commit in the Tigers 2021 class coming off a decorated senior season.

Between incoming transfers and freshmen, Missouri is expected to have eight new players on its roster this fall. Kaleb Brown is Part 8 of the Missourian’s series on MU’s roster additions.

Kaleb Brown, an Alabama native, was the second athlete to commit to Cuonzo Martin’s 2021 recruiting class. The point forward committed to the Tigers over offers from power conference programs including West Virginia and Minnesota.

He decided to join the Tigers in August 2020 prior to a spectacular senior season. In 2020-21, he led Lee High School in Huntsville, Alabama, to a dominant title run in the state’s Class 5A. He was named the state player of the year in his class as the primary ballhandler for the Generals.

Brown’s greatest strength on the court is his feel for the game. At 6-foot-6, his ability to see over and penetrate defenses allows him to make passes that a lot of guards can’t, and his game film shows it.

He also shows a nice shooting touch on the offensive end. The mechanics are not the smoothest, with a low release on the right side of his body, but right now it works as he makes defenses pay when they slack off him

Defensively, Brown relies on nimble feet and feel for the game. How he matches up in the Southeastern Conference is going to be really interesting to watch given the level of competition he faced in high school.

There’s an opening for Brown to fill a role in 2021-22. The graduation of Dru Smith along with the transfer of Xavier Pinson and Mark Smith means that there are minutes available for a playmaker in the backcourt.

Martin is trying to shift the style of play within the program to a faster, positionless form of basketball, and that could benefit Brown. His combination of size and decision making could allow him to bring the ball up the court while guarding big men on defense.

Offensively, his passing ability could give the Tigers a playmaker with their leading assist men from this past season moving on from the program. His shooting ability has the potential to help the Tigers, too. Missouri’s struggles shooting the ball have been noted, with the team not clearing 33% from behind the arc the past two seasons.

Defensively, his role is a question mark. Listed at a stocky 218 pounds, he has the body to work against bigger players. He could struggle, though, against the quickness of SEC-caliber athletes. One offseason with a power-conference strength and conditioning program could do wonders for his body and create a defensive weapon similar to his brother.

Brown’s basketball IQ and skills combined with the right development within the program give him the potential to be a valuable weapon for the Tigers in 2021-22 and beyond.