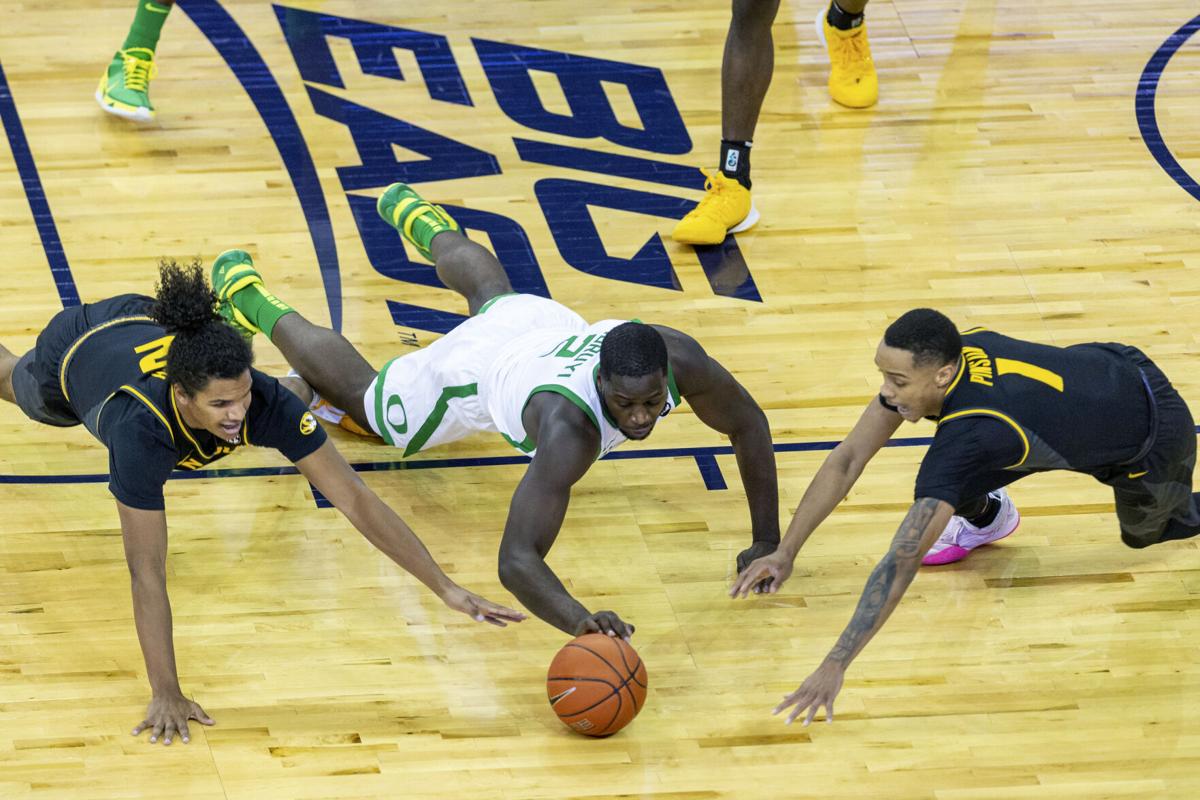 Missouri guard Dru Smith (12), Oregon forward Eugene Omoruyi (2) and Missouri guard Xavier Pinson (1) go after a loose ball during the first half Wednesday in Omaha, Neb. Missouri won 83-75 to improve to 2-0 in 2020. 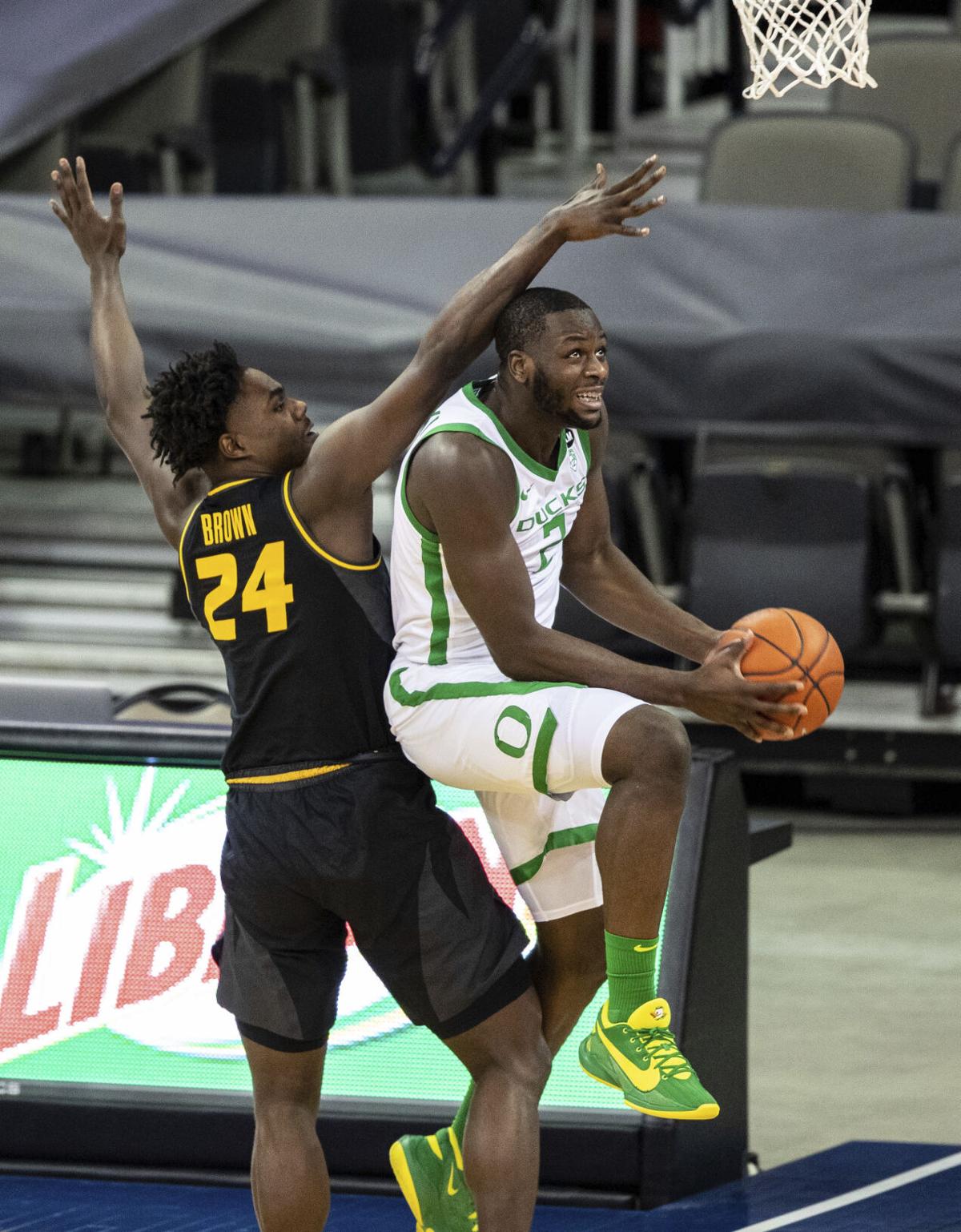 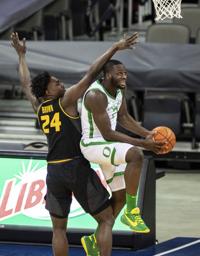 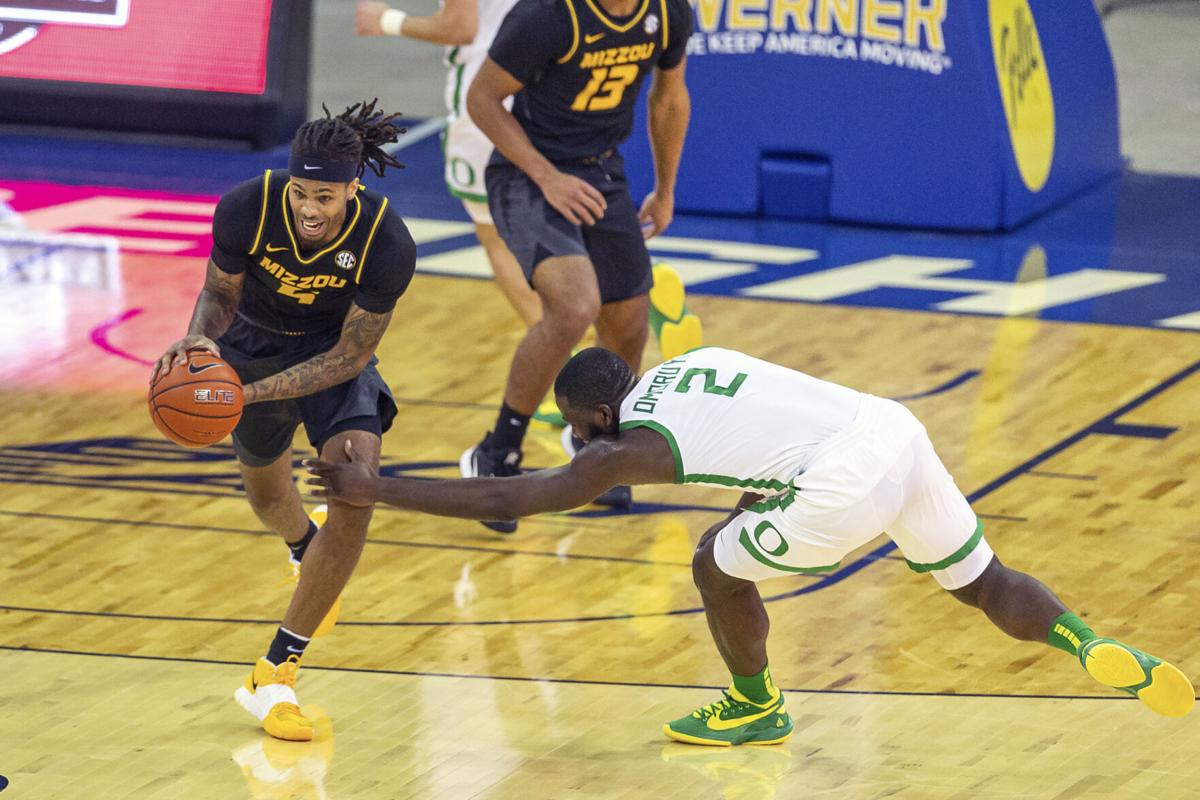 Missouri forward Mitchell Smith (5) steals the ball from Oregon forward Eugene Omoruyi (2) during the first half of a basketball game Wednesday in Omaha, Neb. 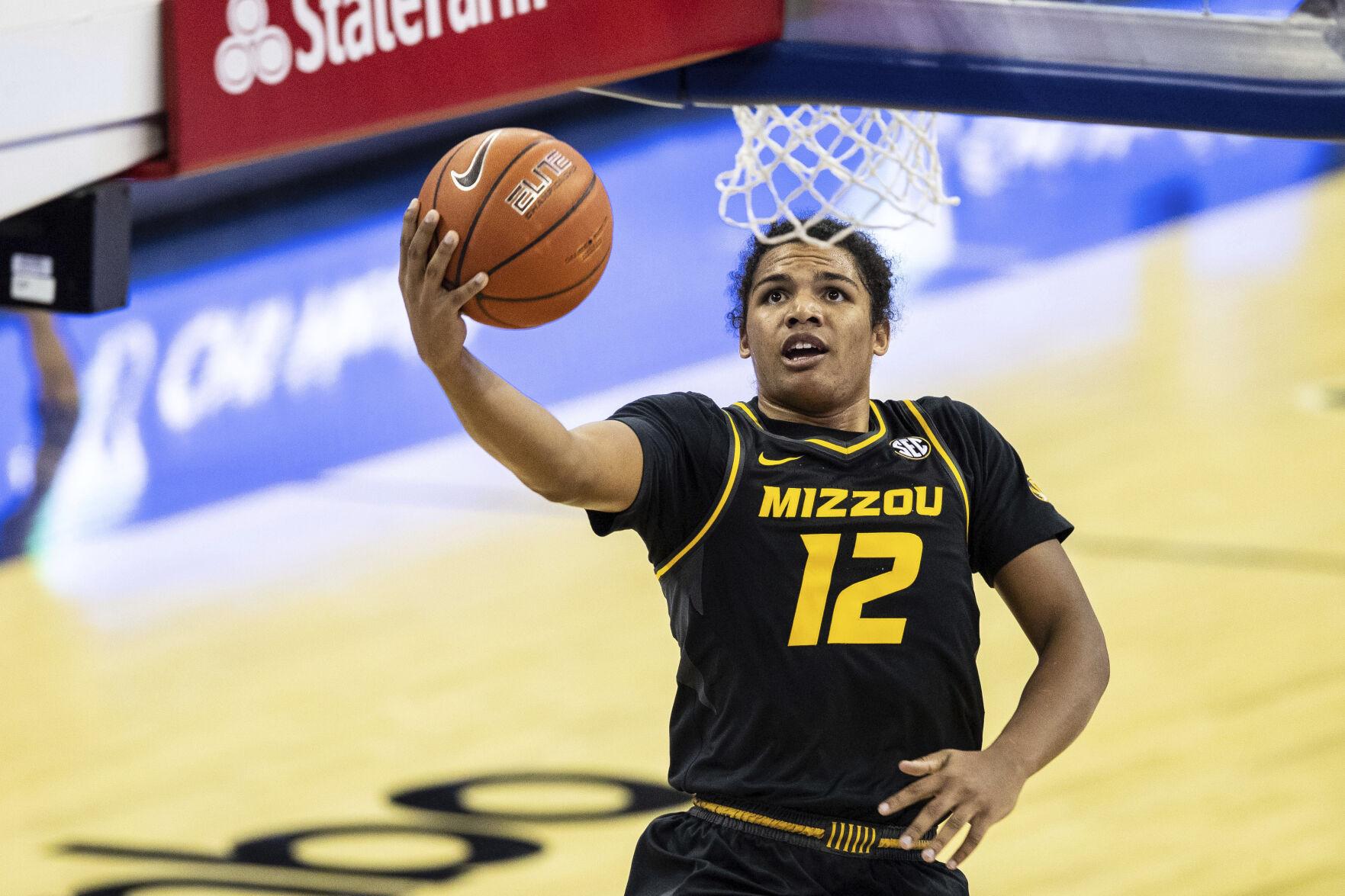 Missouri guard Dru Smith (12), Oregon forward Eugene Omoruyi (2) and Missouri guard Xavier Pinson (1) go after a loose ball during the first half Wednesday in Omaha, Neb. Missouri won 83-75 to improve to 2-0 in 2020.

Missouri forward Mitchell Smith (5) steals the ball from Oregon forward Eugene Omoruyi (2) during the first half of a basketball game Wednesday in Omaha, Neb.

After an impressive start, Missouri found itself up 17 points on No. 21 Oregon. It looked as though MU would cruise to an impressive win, but a long, cold stretch changed the narrative.

The Ducks suffered a big loss with the absence of their starting point guard, Will Richardson, who was reported to have had surgery Wednesday. Those reports came just before tipoff. But even Richardson might not have been able to help Oregon overcome the deficit.

The Tigers pulled off an impressive 83-75 win in Omaha, and in the first half, the Tigers displayed some of their best basketball of the Cuonzo Martin era.

“The guys were hungry,” Martin said. “They were excited to play the game and got great results against a very talented team.” To say the Tigers were hungry coming out the gate may be an understatement. The first half completely belonged to Missouri.

The Tigers (2-0) were everywhere. In the passing lanes, on the glass, in transition. Everything was going right for the team. The Ducks couldn’t catch a break. But a cold stretch soon had Missouri fans on edge.

Missouri ended up missing 15 straight shots, a streak that began in the final minutes of the first half and leaked over to the second. The Tigers didn’t score again until three minutes into the half.

Missouri did show some great signs, though, leading up to that stretch. Jeremiah Tilmon was imposing his will on the glass, outplaying N’Faly Dante, and adding some truth behind his self-proclaimed sentiment that 12 rebounds in a game should be normal for him. By the half he had 8 points and 6 rebounds.

Dru Smith and Xavier Pinson helped push the pace, and Dru Smith made his presence felt in the passing lanes, snagging three steals by the halfway mark.

When Missouri did finally manage to get back on the scoreboard, it was all Xavier Pinson and Javon Pickett in the second half. The two played hot potato, scoring Missouri’s first several buckets to fight off the first of several Oregon rallies. Despite an ugly first half, Pinson turned it around in the second, scoring 19 points in the half to finish with a team-high 22.

“(Pinson) rushed some shots in the first half,” Martin said. “When he’s coming down looking for shots, he’s not as effective.”

Pinson’s shifty handles did wonders when trying to break Oregon’s press a number of times, and Pinson and Pickett found themselves in the open court often because of it.

It was that controlled ballhandling that allowed Missouri to retain composure despite Oregon’s press. Missouri ultimately managed to limit its turnovers to seven. Scoring runs defined the game, as both teams went back and forth with dominant stretches and counters. Oregon constantly chipped at the lead Missouri had built in the second half.

“(Oregon) kept punching back later in the game,” Pinson said. “We all just stayed 10 toes down.”

The Ducks ended up being the last team to make a run, bringing the game to within five points in the last minute. But their effort wasn’t enough, as Missouri pulled away with a stretch of trips to the free throw line to ice the game.

The win marked Missouri’s first win away from Mizzou Arena versus a ranked opponent since 2012. The magnitude of the victory was felt in the locker room. It also continued a trend under Martin: MU’s three wins in 2017-18 against ranked teams were all vs. No. 21. The Tigers did beat No. 11 Auburn last season.

“This win was history,” Pinson said. “Our fans deserved it. The whole organization deserved this win.”

Missouri's ability to set the tempo early gave the Tigers an advantage in their 83-75 win over No. 21 Oregon.

After long layoff, No. 17 Missouri wins at Texas A&M

Kevin Na has a big finish and wins the Sony Open