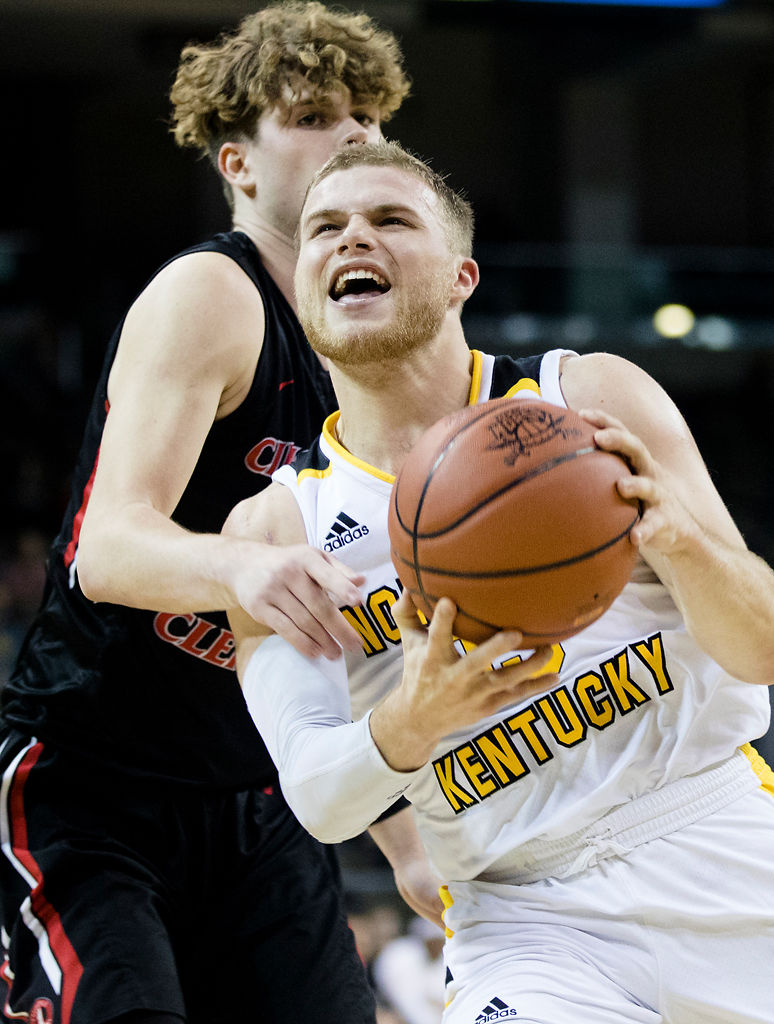 Northern Kentucky guard Tyler Sharpe is fouled by Cincinnati-Clermont guard Noah Pedelty (4) during the first half of a game Tuesday in Highland Heights, Ky. 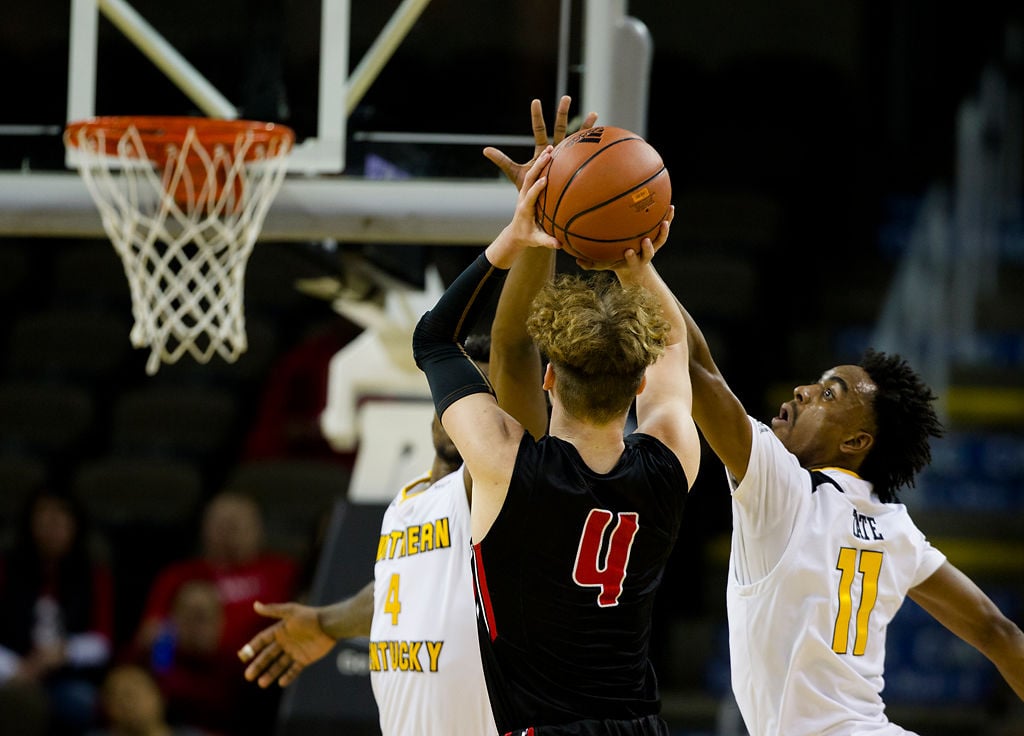 Northern Kentucky guard Jalen Tate (11) attempts to block the shot of Cincinnati-Clermont guard Noah Pedelty (4) during the first half of a game Tuesday in Highland Heights, Ky.

Northern Kentucky guard Tyler Sharpe is fouled by Cincinnati-Clermont guard Noah Pedelty (4) during the first half of a game Tuesday in Highland Heights, Ky.

Northern Kentucky guard Jalen Tate (11) attempts to block the shot of Cincinnati-Clermont guard Noah Pedelty (4) during the first half of a game Tuesday in Highland Heights, Ky.

Cuonzo Martin hadn’t gotten around to viewing much film on Missouri men’s basketball’s Friday foe, Northern Kentucky, when asked after the season-opening rout of Incarnate Word on Wednesday.

But there’s one thing in particular the Tigers’ head coach remembered about the Norse and their NCAA Tournament team from last year.

For Northern Kentucky to earn that compliment from a former NBA guard is a testament to the program’s impressive adjustment to high-level competition in a short time frame.

A Division II powerhouse for over four decades before joining the Atlantic Sun Conference in 2012, the Norse switched coaches (from Dave Bezold to John Brannen) and conferences (to the Horizon League) in 2015.

Four seasons later, Northern Kentucky has two NCAA Tournament appearances since the swap, including in 2019 when the 14th-seeded Norse played eventual national runner-up Texas Tech to a 15-point game.

Returning four starters from last year, Martin’s comment about the Norse having a talented backcourt is justified. Northern Kentucky’s top two returning scorers, senior Tyler Sharpe (14.4 points per game) and junior Jalen Tate (13.7) are each experienced and more than comfortable with the ball in their hands.

But the starter that’s missing from last year is a big one. Now graduated is forward Drew McDonald, the reigning Horizon League Player of the Year and Northern Kentucky’s all-time leader in points and rebounds.

Not only that, but Brannen, the man who led the Norse to their best stretch in program history, left to take the head coaching job at Cincinnati. Texas assistant and former South Carolina head coach Darrin Horn was hired to take the open slot, and Martin said he’s expecting a few play style changes from the new coach.

“Because I was consumed with Incarnate Word ... I’ll watch some film tonight on them,” Martin said about Northern Kentucky on Wednesday. “But the piece that I peeked in on just watching on my laptop, they play a little more zone than the team did last year because they have a new coach.”

It will take a little while to see just how effective Horn’s coaching philosophies are, but it appears he likes to push the tempo.

In Horn’s first season coaching South Carolina in 2008-09, the Gamecocks averaged 78.2 points per game, a top 20 mark nationally. That was preceded by five seasons at his alma mater, Western Kentucky, where the Hilltoppers placed in the top 35 in points per game every year of his tenure.

In Horn’s Northern Kentucky regular season debut Tuesday, a 105-55 rout of Cincinnati-Clermont, five of his players reached double-figures in scoring. So it would be a surprise if the Tigers’ held the Norse anywhere near the 26.8% shooting they held Incarnate Word to Wednesday.

Still, Horn knows that he has a hole to fill with the loss of McDonald. He stressed after Tuesday’s win that finding depth to coordinate with his four returning starters would be critical this year.

“I think it’s pretty clear to everybody that we have four guys that have some experience, that have produced and are really good players,” Horn said in a press conference video shared by Northern Kentucky’s men’s basketball’s Twitter account. “We’ve got to find a way to build kind of five through nine, I think.”

Tip-off is scheduled for 7 p.m. Friday at Mizzou Arena.

Tigers overwhelmed by Aggies despite absence of Chennedy Carter

On a three-game losing skid, Missouri can rejuvenate its season with upset at West Virginia

Reaction to the death of retired NBA superstar Kobe Bryant