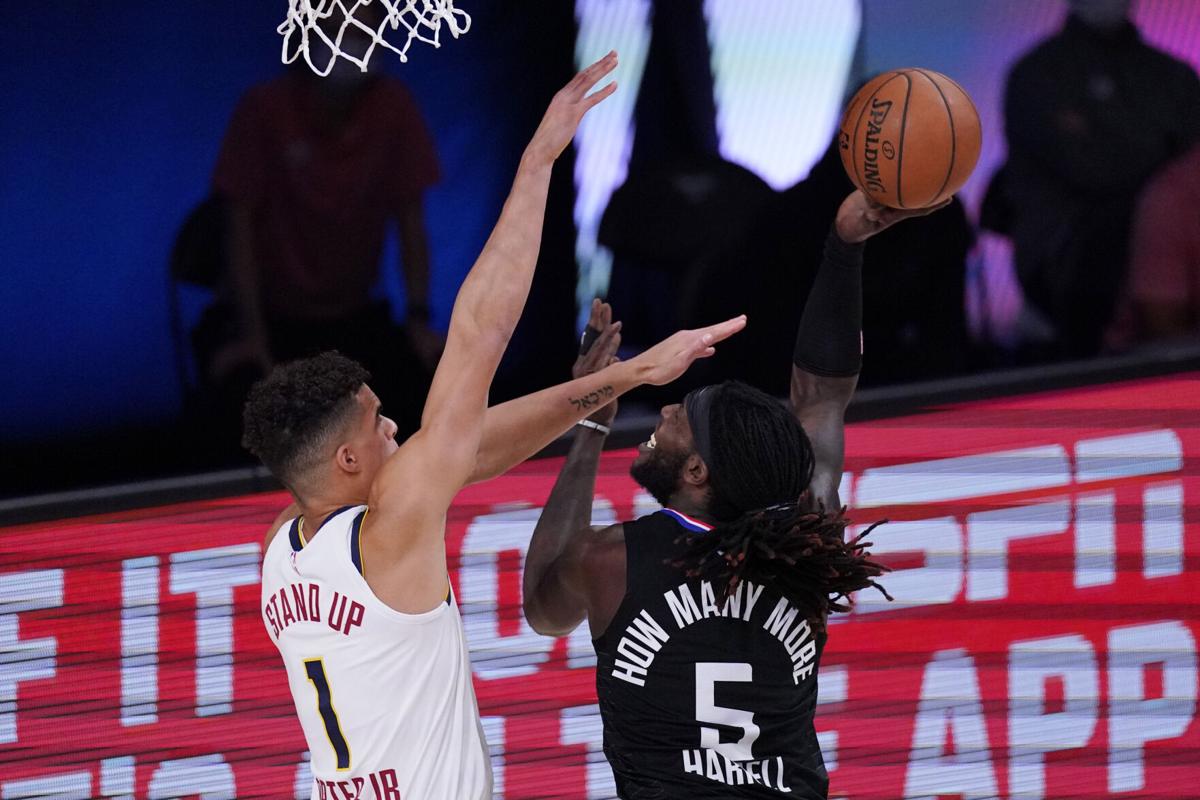 LAKE BUENA VISTA, Fla. — Denver’s dynamic duo of Jamal Murray and Nikola Jokic led another stunning turnaround as the Nuggets advanced to the Western Conference finals for the first time since 2009.

Murray scored 40 points, Jokic had a triple-double by the third quarter and Denver again overcame a double-digit deficit to shock the Los Angeles Clippers 104-89 in Game 7 on Tuesday night. Former Missouri and Tolton standout Michael Porter Jr. chipped in with two points and seven rebounds.

Denver became the first team in NBA history to rally from a 3-1 series deficit twice in the same postseason.

Even more history: The Nuggets are the third team in the U.S. major pro sports to rally from a pair of 3-1 deficits in the same playoffs, joining the 1985 Kansas City Royals and 2003 Minnesota Wild.

Denver will face LeBron James and the Los Angeles Lakers in the conference finals.

The 7-foot Jokic had a monster game with 16 points, 13 assists and 22 rebounds, which were the most by a Nuggets player in an NBA playoff game. He broke his record of 19 that he set last season and shared with Marcus Camby.

In a familiar trend, the Nuggets found themselves down by 12 in the first half. They also trailed 61-54 with 10:50 let in the third when they caught fire. The Nuggets went on a 35-13 run to build up a 15-point lead in the fourth quarter.

Murray helped the Nuggets pour it on down the stretch to give coach Michael Malone a 49th birthday present.

The team also rallied back from double-digit margins in their last two games as well to stun the Clippers.

It was Denver’s talented twosome that stole the show.

Jokic insisted the third-seeded Nuggets weren’t feeling any pressure. He said Game 7 was just another game. After all, this was Denver’s fourth straight Game 7 dating to the playoffs last season.

After trailing by as many as 12 in the first half, the Nuggets worked their way back into the game behind the shooting of Murray. He scored 25 before intermission as the Clippers elected to double-team Jokic.

Jayson Tatum thought he had a dunk to tie the game.

Bam Adebayo had other ideas — and in the biggest moment of his young NBA career, Miami’s All-Star big man more than rose to the occasion.

Jimmy Butler’s three-point play with 12 seconds left put Miami ahead for good, Adebayo finished it off with a stunning rejection of Tatum at the rim on the ensuing Boston possession, and the Heat struck first in the Eastern Conference finals with a 117-114 win in Game 1 on Tuesday night.

Mizzou Arena to be used as polling place for 2020 election

Porter's Nuggets do it again, taking Clippers to Game 7

Cardinals hold off Pirates 6-5 in Game 1 of doubleheader

Empty seats make for some strange sights, sounds in NFL