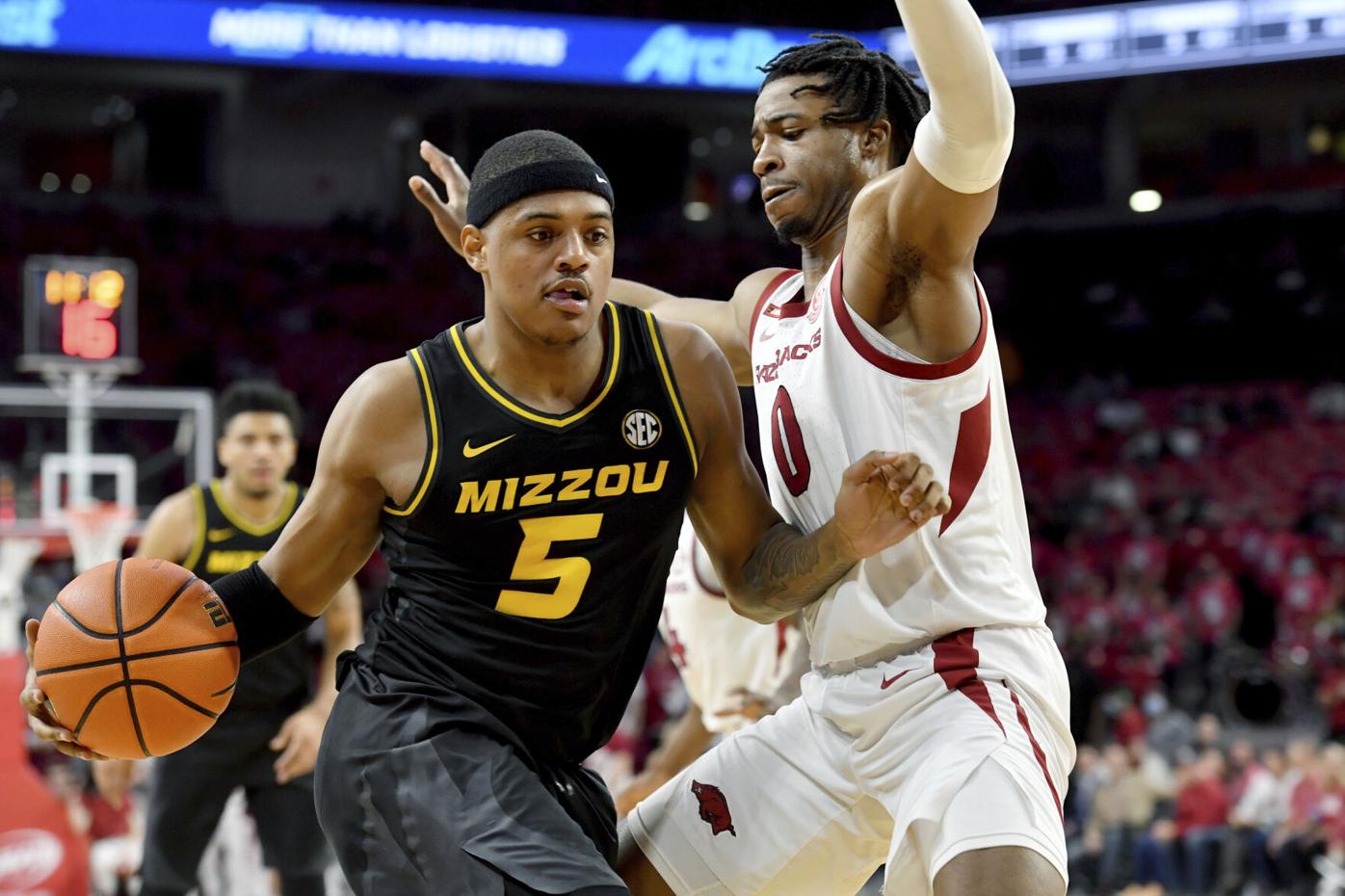 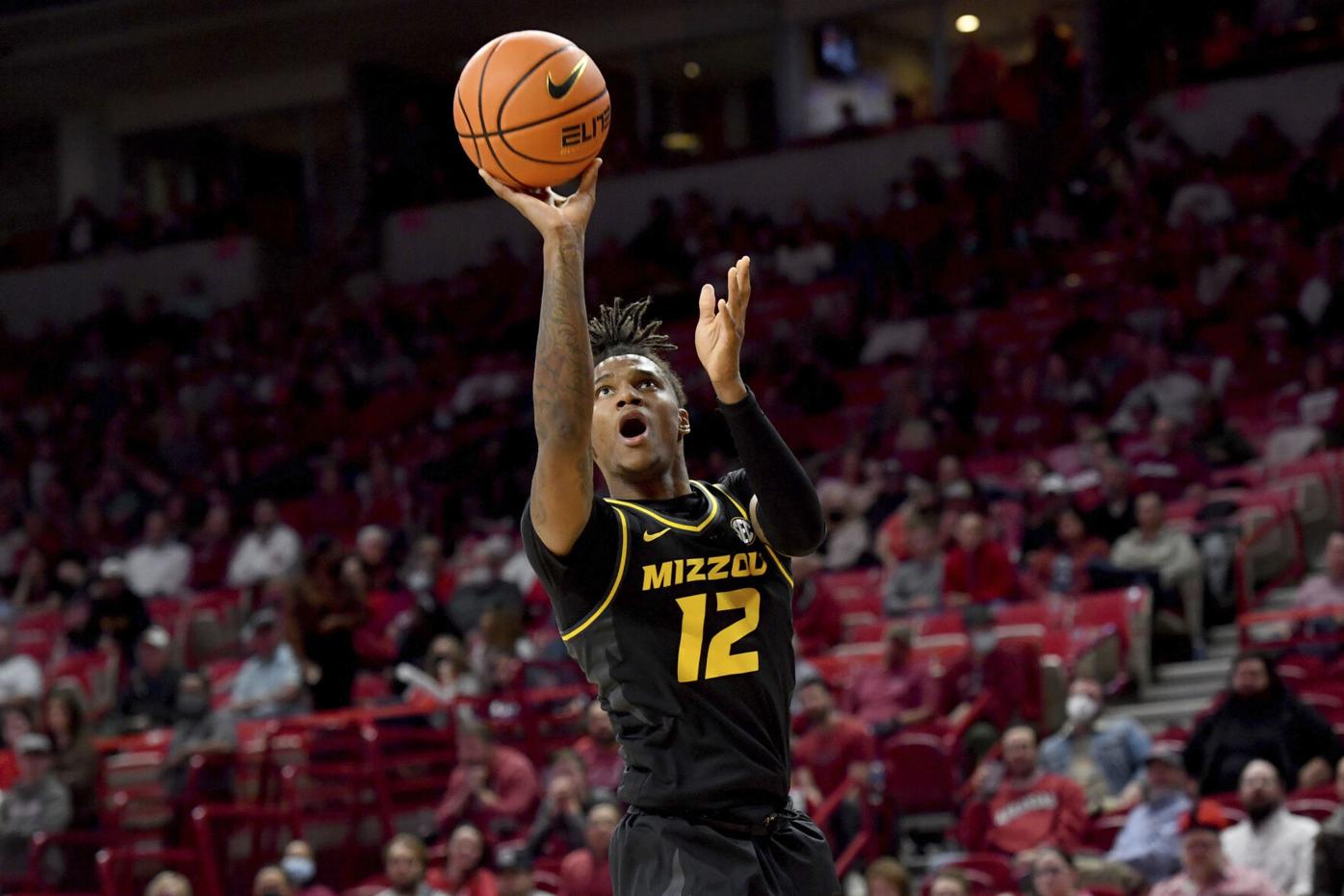 Missouri guard DaJuan Gordon (12) shoots over an Arkansas defender during the second half of a game Wednesday in Fayetteville, Ark. Missouri plays SEC conference opponent Texas A&M on Saturday at Mizzou Arena.

Missouri guard DaJuan Gordon (12) shoots over an Arkansas defender during the second half of a game Wednesday in Fayetteville, Ark. Missouri plays SEC conference opponent Texas A&M on Saturday at Mizzou Arena.

Yes, even worse than the disaster at Liberty.

Make no mistake about it, there were no positives to take from the Tigers’ blowout loss. As the season progresses, it’s beginning to appear as though there will be few positives to take away at all — Alabama aside. The game in Fayetteville was the sixth time Missouri has lost by 20 or more points, a grim mark for a team with virtually no realistic hope at playing any games after the SEC Tournament.

Sure, Arkansas was very good Wednesday. But that’s the same Razorbacks team that had lost five of six games and was winless in the SEC before its game against MU. The two teams should have been on opposite ends of the spectrum given the Tigers’ win over the Tide, and in a way they were.

Just not the way it should have been. Arkansas controlled every meaningful facet of the game. It was not close.

No Brown, no party

Kobe Brown came into the game off a career-high 30 points against Alabama along with 13 rebounds and four assists — a performance that earned him SEC Player of the Week honors. If it wasn’t evident before that game, if Missouri is going to have success, Brown almost certainly needs to be at the forefront of it.

Arkansas coach Eric Musselman knew that. So he planned for it. And it worked.

Brown scored six points, and his presence in the paint was nearly nonexistent. The Razorbacks’ plan worked, and Missouri never recovered or worked around it.

“That was, in a nutshell, it was basically just shrinking the floor to our best abilities and making sure we had the elbows and boxes covered whenever (Brown) had the ball in his hands,” Musselman said after the game.

Brown is a good player who could probably have a role on most teams in the country. The problem is that Missouri doesn’t have a viable second option if he isn’t playing well or gets into foul trouble. The Tigers have paid for that several times over the course of the season and will continue to suffer if answers aren’t found soon.

Missouri struggling on the defensive end is nothing new this season. But whatever the attempt at defense was Wednesday night was indefensible.

Missouri only forced eight turnovers compared to Arkansas forcing 23. The Razorbacks shot 50% from the field and hardly had any challenge when driving through the paint.

It was nowhere close to what one would expect from a Cuonzo Martin coached team given his reputation for being a defense-first coach. Not only was it the sixth time the Tigers lost by more than 20 points, but it was the seventh time this season they conceded 80 or more points.

The Tigers rank No. 329 in 3-point defense, No. 265 in defensive rebounding and No. 313 in defensive field goal percentage. A team is never going to be successful with stats like those. Look no further than Columbia for the evidence.

The most alarming thing about Missouri’s season is the lack of improvement in glaringly obvious areas. Bench points are among the most clear areas for improvement.

Even in the win over Alabama, the Tigers only scored five points off the bench. Luckily for them, they had four starters score 15 or more points. The one who didn’t — Trevon Brazile — had nine.

That was never going to be sustainable, and that was proved Wednesday.

What is even worse is that seven bench players combined for just two points. Those two points came from Anton Brookshire, and both came from the free-throw line.

In comparison, Arkansas scored 32 points off the bench.

It simply is not good enough. Sure, every once in a while a game like Alabama will happen. That isn’t going to be the norm. Points need to come off the bench.

The Tigers had four players, all of whom came off the bench, fail to register a single point.

Missouri slipped to No. 171 in the KenPom rankings. That is the third-worst among high-major conference teams in the country, ahead of Pitt (No. 180) and Georgia (No. 209).

Without major improvements soon, the Tigers may very well find themselves on the bottom of that list.

Turnovers the killer in MU men's basketball's loss to A&M

Bengals hold on, finally win in playoffs, 26-19 over Raiders