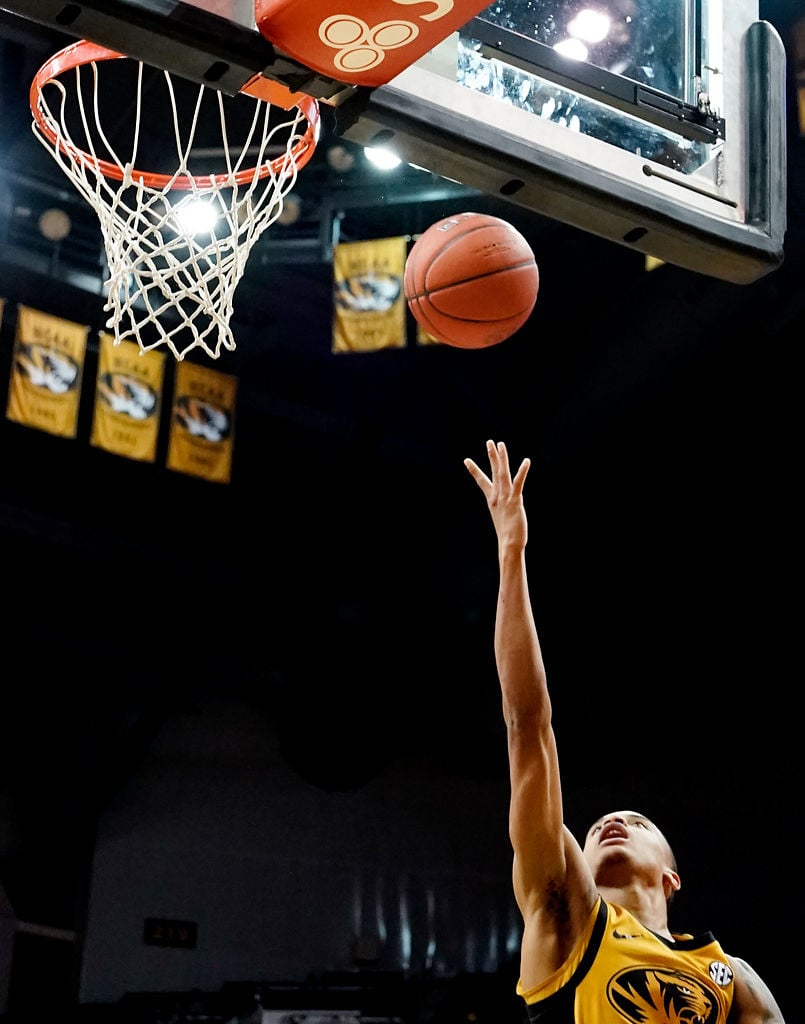 Missouri guard Xavier Pinson makes a layup during a 2019 game against Ole Miss. Pinson scored a then-career-high 20 points and is averaging more than 20 points per game over his last three contests. 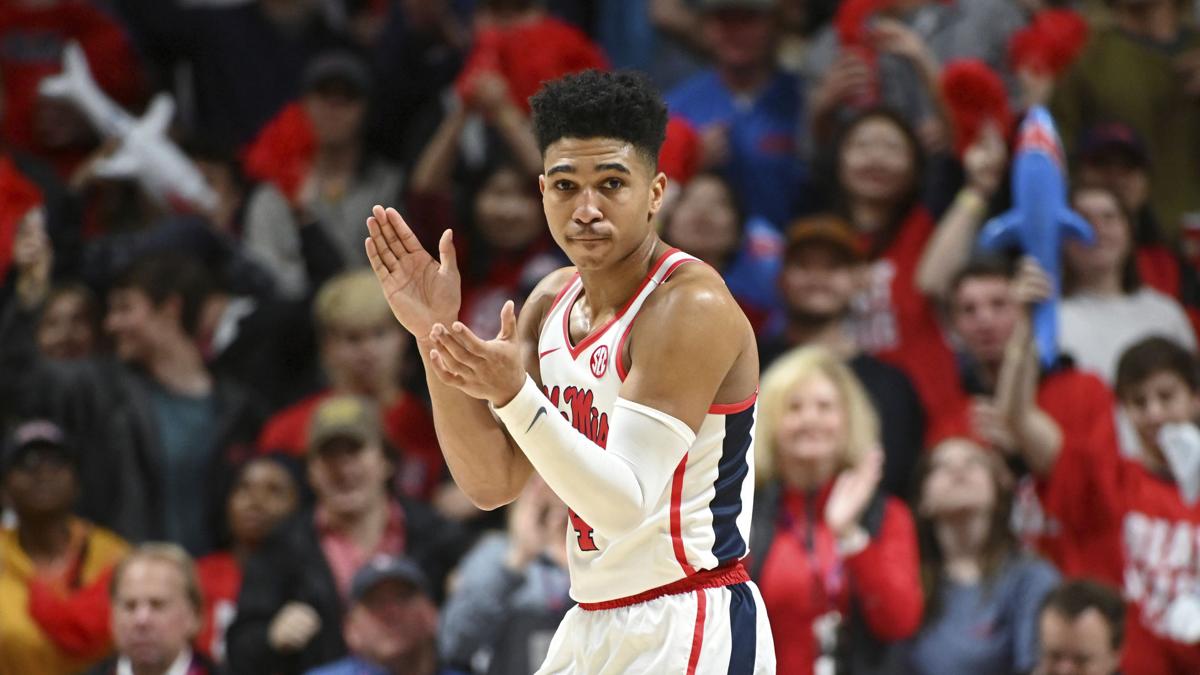 Mississippi guard Breein Tyree (4) reacts during the second half of an NCAA basketball game against Mississippi State on Tuesday in Oxford, Miss. Mississippi won 83-58.

Missouri guard Xavier Pinson makes a layup during a 2019 game against Ole Miss. Pinson scored a then-career-high 20 points and is averaging more than 20 points per game over his last three contests.

Mississippi guard Breein Tyree (4) reacts during the second half of an NCAA basketball game against Mississippi State on Tuesday in Oxford, Miss. Mississippi won 83-58.

Considering the quality of opponents Missouri men’s basketball has faced in its last three games, Mississippi seems like a much easier beast to tame.

After all, the Rebels are 13-12 overall and languishing with Missouri in the bottom half of the Southeastern Conference with a 4-8 league record. Surely, with the Tigers upsetting then-No. 11 Auburn on their home floor Saturday, they have all the momentum going into this game, right?

As much as Missouri has seemed to have revitalized itself with its recent play, Ole Miss has done the same. Starting conference play 0-5, the Rebels have recovered admirably since, posting a 4-3 record with competitive defeats to some of the elite teams in the SEC.

Coach Kermit Davis has led his men to impressive conference wins over Florida and rival Mississippi State, the latter of which was the Bulldogs’ worst SEC loss of the season. What’s more, Ole Miss lost to Auburn by one point and led Kentucky by as much as seven points in the second half in Lexington before narrowly losing. All of those games happened within the last three weeks.

When the Rebels are on, they’re on. And considering the length and strength of their recent run of form, SEC teams have been put on notice whenever they’re next on the schedule.

If there’s one man besides Davis that can claim credit for seemingly steering the ship straight in Oxford, it’s Breein Tyree.

One of the most electric guards in both the league and country, the senior and reigning All-SEC First-Team guard is averaging 19.9 points per game and is a flat out bucket-getter. Tyree leads the SEC in total field goals (160) and is third in 3-point percentage (44.8%), but especially has been white-hot lately: Tyree has scored an average of 30 points his last four games, including a season-high 40 points against Mississippi State.

To limit him, Missouri must either stop him outright, or if it can’t, neutralize the offensive threats around him. Ole Miss is 2-4 without a win against a high-major opponent when Tyree scores under double figures, and as one of the most heavily-used players in the SEC — Tyree shoots 34.2% of the Rebels’ total shots — Ole Miss almost exclusively relies on him to get into an offensive flow.

If Tyree gets into a stretch where seemingly everything falls for him, he becomes nearly impossible to stop. That’s when shutting down Ole Miss’ other weapons becomes critical.

The Rebels’ other double-figure scorers, guards Devontae Shuler and Blake Hinson, each can hold their own if Ole Miss needs some quick buckets. For example, even as Tyree was held to eight points by Auburn, Shuler and Hinson combined for 42 points to help the Rebels keep it close in an 83-82 double overtime defeat against the Tigers in Oxford on Jan. 28.

Meanwhile, though not at the level Tyree is currently playing, a Missouri player is himself on one of the best stretches of his career.

Sophomore guard Xavier Pinson has been instrumental in the Tigers’ 2-1 record over the past three games, as both he and Missouri are currently playing some of their best basketball of the season.

Pinson is averaging 20.3 points per game in the stretch, putting up a career-high 28 points against Auburn on Saturday. It’s coincided with a recent revival in Missouri’s offense, as the Tigers have scored 83, 78 and 85 points their last three games, all of which are only bested in SEC play by their 91-point outburst against Florida on Jan. 11.

With Tyree’s explosiveness and the Tigers recent offensive efficiency, it may not be a stretch to expect plenty of scoring. It is a stretch, however, to expect plenty of 3-pointers. Both Mississippi (28.2%, sixth) and Missouri (28.6%, 10th) rank in the top 10 nationally in defending the deep ball, and as neither shoot particularly well behind the arc themselves (32.9% and 31.2%), expect aggressive takes and plenty of inside looks.

Unfortunately for those who hate game stoppages, expect plenty of fouls, too: Mississippi and Missouri each have some of the country’s highest rates of opposing free throw attempts to field goal attempts, meaning that a total like the 56 fouls in Missouri’s game against Auburn is an entirely possible scenario.

The tussle between the Tigers and Rebels tips off at 7:30 p.m. Tuesday at Mizzou Arena and will be broadcast on the SEC Network.

NWSL returning to play with summertime tournament in Utah

'A step toward normalcy' — NHL shapes a return to play plan

Pac-12: Voluntary workouts can resume on campus on June 15