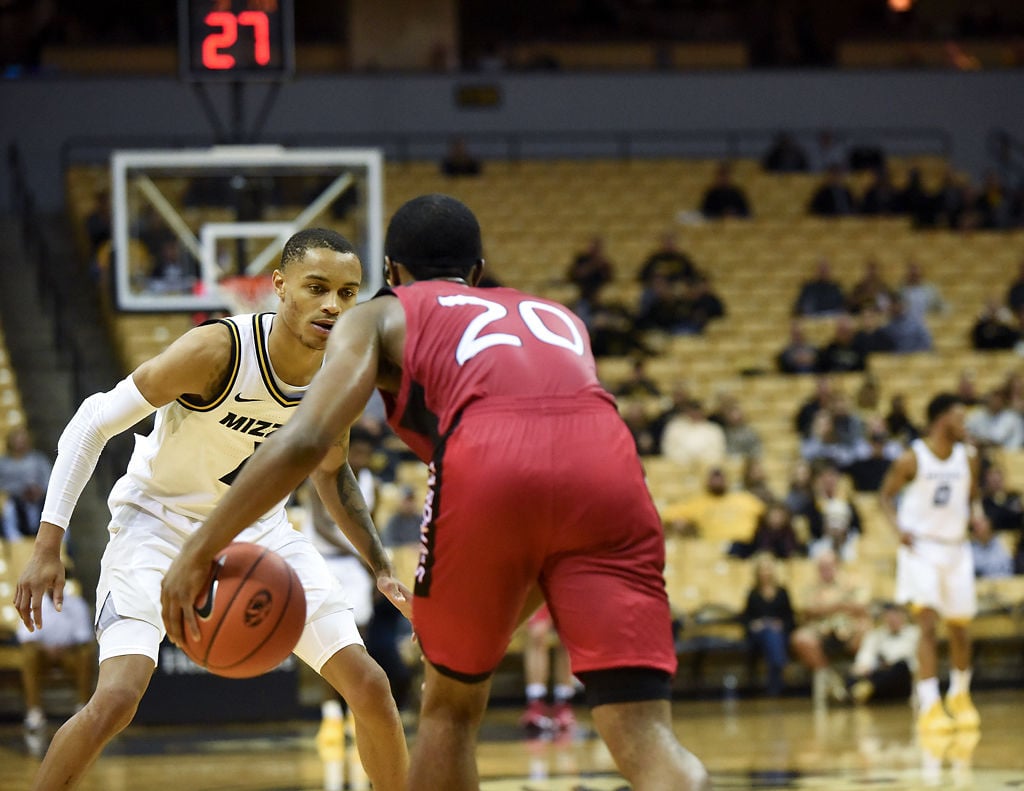 Missouri sophomore guard Xavier Pinson guards Incarnate Word's Morgan Taylor as he dribbles in the backcourt during the Tigers' game against Incarnate Word on Wednesday at Mizzou Arena. 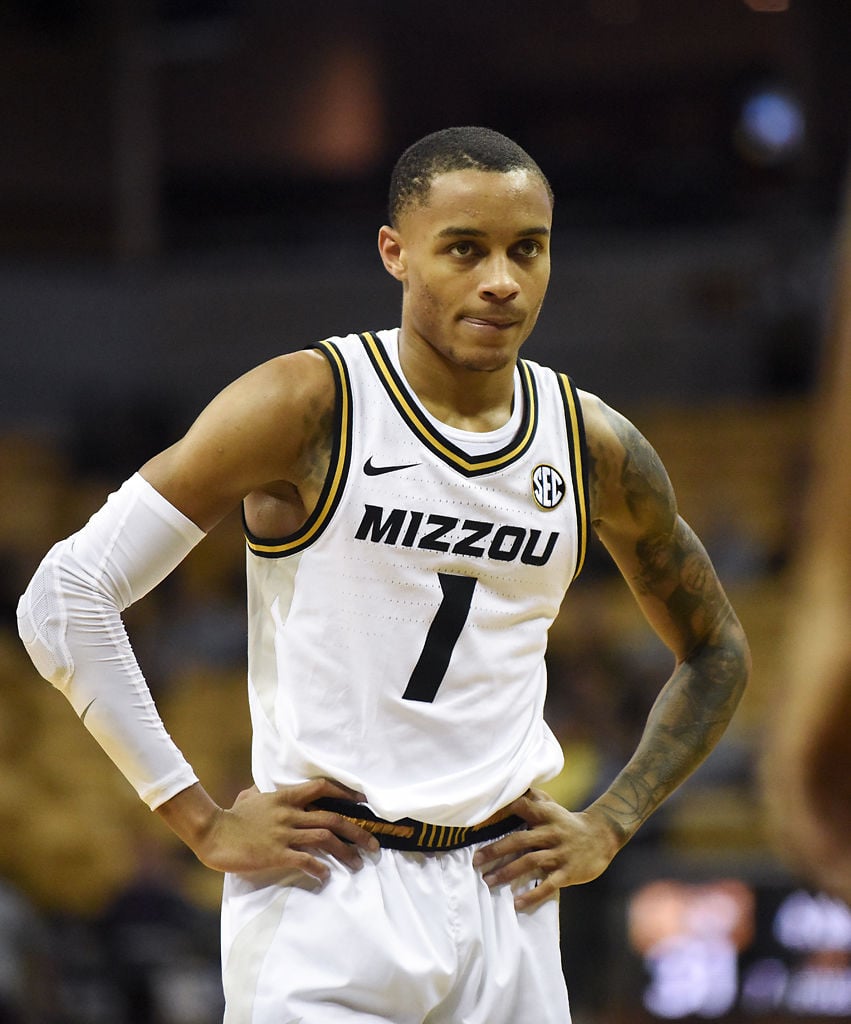 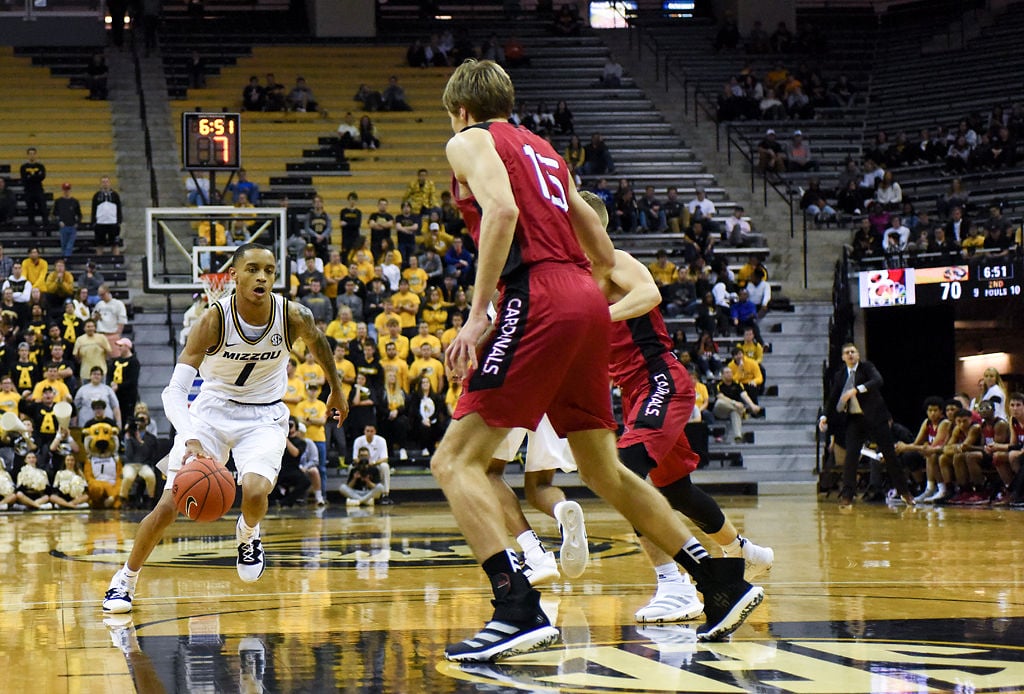 Missouri guard Xavier Pinson drives to the paint as the Tigers face Incarnate Word on Wednesday at Mizzou Arena.

Missouri sophomore guard Xavier Pinson guards Incarnate Word's Morgan Taylor as he dribbles in the backcourt during the Tigers' game against Incarnate Word on Wednesday at Mizzou Arena.

Missouri guard Xavier Pinson drives to the paint as the Tigers face Incarnate Word on Wednesday at Mizzou Arena.

In the lead-up to this season, Dru Smith has been touted as MU men’s basketball’s big, brand-new ballhandler.

But the strides of a player who’d already been through a season with the Tigers at point guard were well-apparent in Wednesday’s regular season opener.

Xavier Pinson had one of his strongest games of his collegiate career in MU’s 82-42 rout of Incarnate Word, posting a stat line of 15 points, five assists and three rebounds.

The sophomore from Chicago did a little bit of everything. He threw flashy passes, like a no-look assist to Tray Jackson and a ferocious alley-oop to big man Jeremiah Tilmon. He knocked down a step-back 3-pointer in the second half and hit free throws (8-for-11) after initiating contact with aggressive dribble-drives.

But most importantly, he was a reliable playmaker. Finishing 2018-19 with more turnovers (72) than assists (71), Pinson said he felt more at ease with the ball in his hands and at least for Wednesday, he showed it. He finished with just two turnovers in 17 minutes against the Cardinals.

“I’m way more comfortable,” Pinson said about his ballhandling. “Coach (Cuonzo Martin) did a very good job showing us in the offseason just helping us slow down and to be controlling and poised at all times. We just let the game come to us.”

Dru Smith certainly didn’t play a bad game: He earned the start and finished with eight points and five assists in 25 minutes. He probably would’ve had more assists, too, had the Tigers not shot a meager 22.6% from 3-point range and missed several open looks he helped set up.

But that type of point guard depth, if Pinson’s form lasts, certainly won’t hurt MU. The tricky part is adjusting to the rapid, highlight-reel style Pinson plays when he’s at point guard, then going back to the low-risk, methodical game Dru Smith runs.

Tilmon explained that the two have less of a clash of styles and more of a willingness to work with each other’s strengths while addressing their own weaknesses, something he says he’s seen throughout practice.

“X will throw it a lot, and Dru will be pretty smart with the ball,” Tilmon said. “They feed off of each other. They sharpen each other every day in practice. So I just feel like they’ve learned from each other and that helps on the court for us because we respect them; we listen to them. So as long as they lead the team, we’re good.”

Is Incarnate Word, a team that went 6-25 overall with a 16-game losing skid to end last season, a good benchmark to determine a team’s strengths and weaknesses? Probably not. But regardless, Pinson’s conversion of what Martin agreed were “the simple plays” against the Cardinals shows his development.

“It takes time,” Martin said. “The game is fast, it’s a physical game. I thought there was still a couple of times he missed some guys ... not necessarily missing because he didn’t see them, but one or two extra dribbles as opposed to picking it up and hitting them right away. He wasn’t bad; he was solid.”

NHL moves ahead with 24-team playoff format if play resumes

Pac-12: Voluntary workouts can resume on campus on June 15