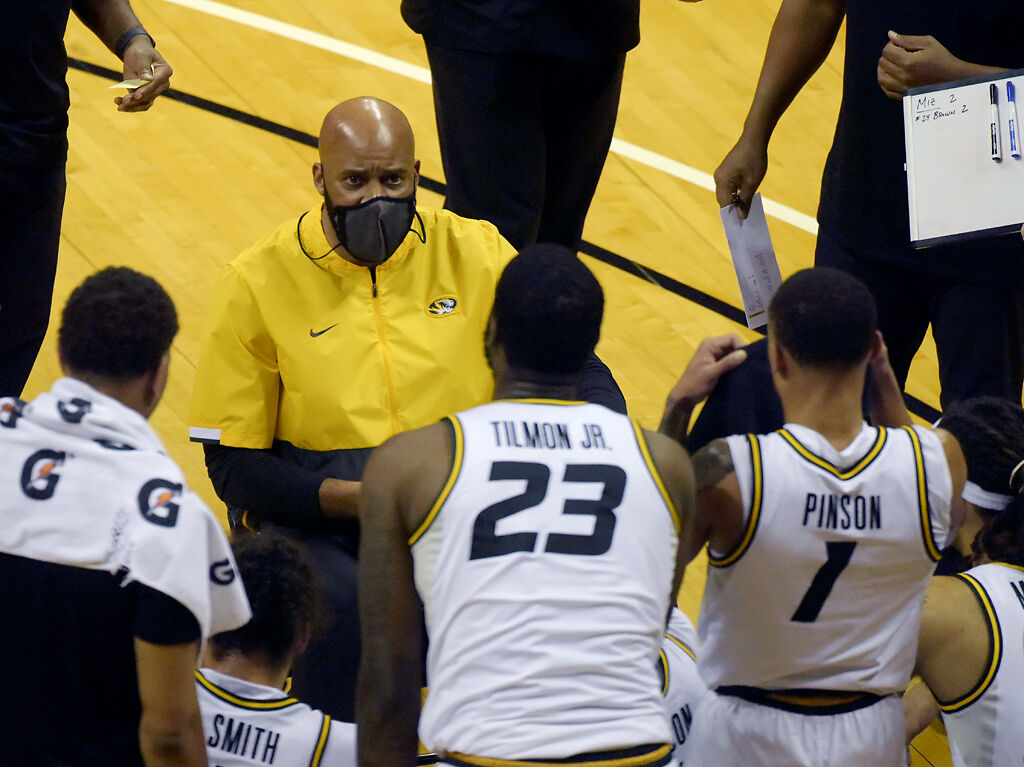 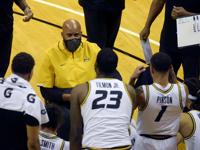 The Missouri Tigers listen to coach Cuonzo Martin during a time out Tuesday at the Mizzou Arena in Columbia. The Tigers led in the first half before falling behind the Rebels. 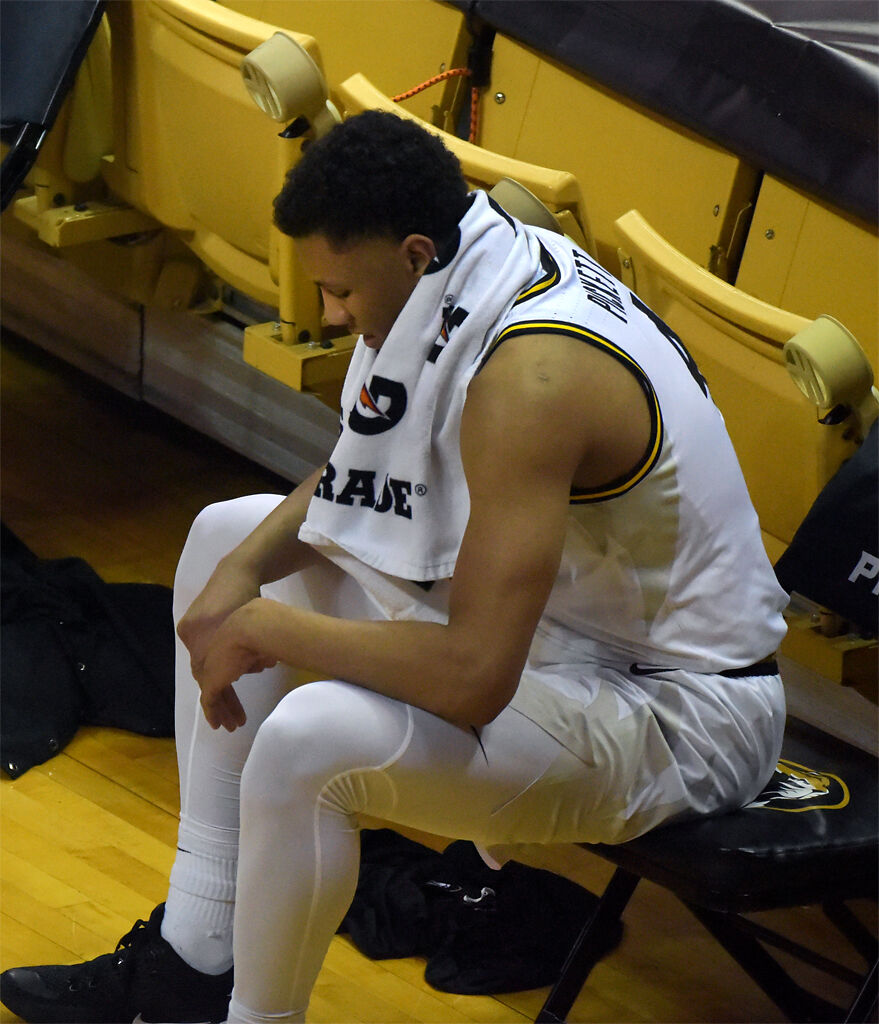 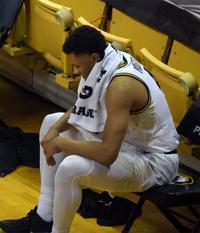 Javon Pickett sits on the sidelines during Missouri's game against Ole Miss on Tuesday at the Mizzou Arena in Columbia. Missouri lost to Ole Miss 60-53.

The Missouri Tigers listen to coach Cuonzo Martin during a time out Tuesday at the Mizzou Arena in Columbia. The Tigers led in the first half before falling behind the Rebels.

Javon Pickett sits on the sidelines during Missouri's game against Ole Miss on Tuesday at the Mizzou Arena in Columbia. Missouri lost to Ole Miss 60-53.

Tuesday’s game against Ole Miss started out well for Missouri’s men’s basketball. The 24th-ranked Tigers hit four of their first five shots and kept pace with the Rebels, something they didn’t do in their loss to Ole Miss earlier this season.

Trailing by one with 14:57 to go in the first half, Missouri coach Cuonzo Martin made his first substitutions, bringing in three reserves. Then the Tigers missed 16 of their next 20 shots.

That was partially because of the Rebels’ zone defense. Ole Miss went to more zone following the first media timeout, seeing early success from it. Missouri’s shot selection wasn’t bad, but the Tigers got away from what was working. Instead of driving the ball, they relied on jump shots.

The Rebels built off of their early defensive success, continuing to use the zone throughout the game to win 60-53 and hand the Tigers a fourth loss in five games.

“We (were) holding the ball for too long,” Tilmon said. “I feel like that was our biggest thing. We (were) catching the ball in great positions. We were just holding the ball, just looking around instead of attacking the basket, and it hurt us at the end. We started playing harder too late.”

A big part of the lack of assertiveness on offense was the shortage of scoring options on the Tigers’ bench. According to KenPom, Missouri is 121st in the nation in bench minutes, with 31.4% of its minutes coming from reserves. While Martin normally goes with a 10-man rotation, it doesn’t provide much shot creation.

Javon Pickett, the Tigers’ best statistical bench player, usually gives Missouri an added threat offensively. Pickett is the highest-scoring bench player for Missouri, averaging 6.9 points entering Tuesday. He has an ability to slash to the hoop, find open teammates and hit an occasional 3.

But Pickett was a non-factor against the Rebels, playing a scoreless five minutes. He went down in the second half against South Carolina on Saturday, hobbling on his lower left leg. Pickett suffered a left ankle injury on Feb. 3 but didn’t miss any games.

Without Pickett’s punch off the bench, Missouri’s reserves couldn’t solve the Mississippi zone. The Tigers didn’t score their first bench point until a Mitchell Smith free throw with 1:10 remaining in the first half. They didn’t get their first bench field goal until a Smith dunk three minutes into the second half.

The Tigers scored nine bench points Tuesday, tied for their lowest since Feb. 6 against Alabama. In that win over the Tide, Pickett played just two minutes, still dealing with the ankle injury.

“I don’t think we were aggressive in attacking,” Martin said. “Even in a zone, we want to attack, pass and cut. We don’t just want to stand around and pass it back and forth.”

While the bench was more aggressive in the second half and helped Missouri get back into the game with a 15-2 run, it was starters like Kobe Brown and Jeremiah Tilmon who helped the Tigers take a second-half lead. The big men combined for 15 points and 12 rebounds in the final 20 minutes.

While Tilmon and Brown had the hot hands, guards Dru Smith and Xavier Pinson were cold. The duo combined went 4 for 21 with 11 points.

“I thought (Dru) was assertive, but I didn’t think X was very aggressive,” Martin said.

Even with their struggles, the Tigers don’t have much room for cover when it comes to the bench. Without Pickett, starters like Smith and Pinson have to avoid off nights. While Missouri has plenty of experience, it lacks in depth offensively. In slugfests like Tuesday’s game, the lack of bench production was costly.

The Pinson dilemma: Breaking down the guard's shooting woes

Missouri looks for a home season finale upset over No. 20 Tennessee

With Pickett limited, MU's bench unable to pick up slack against Ole Miss