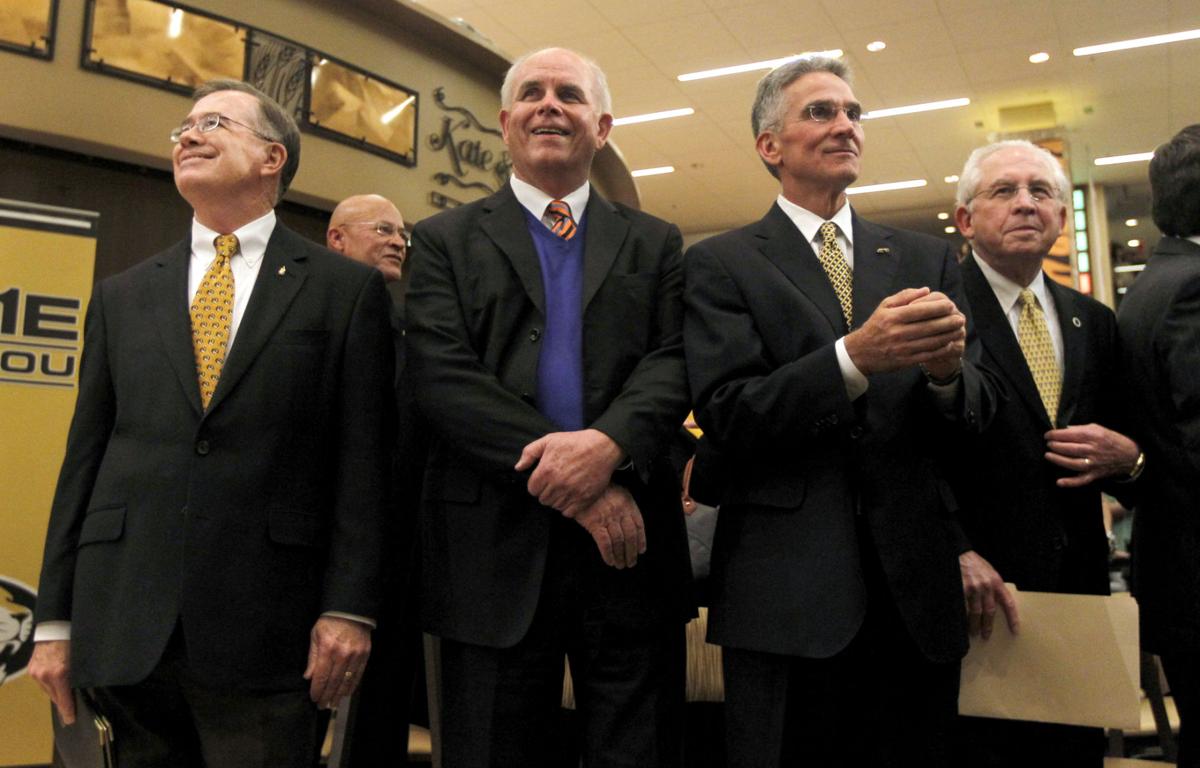 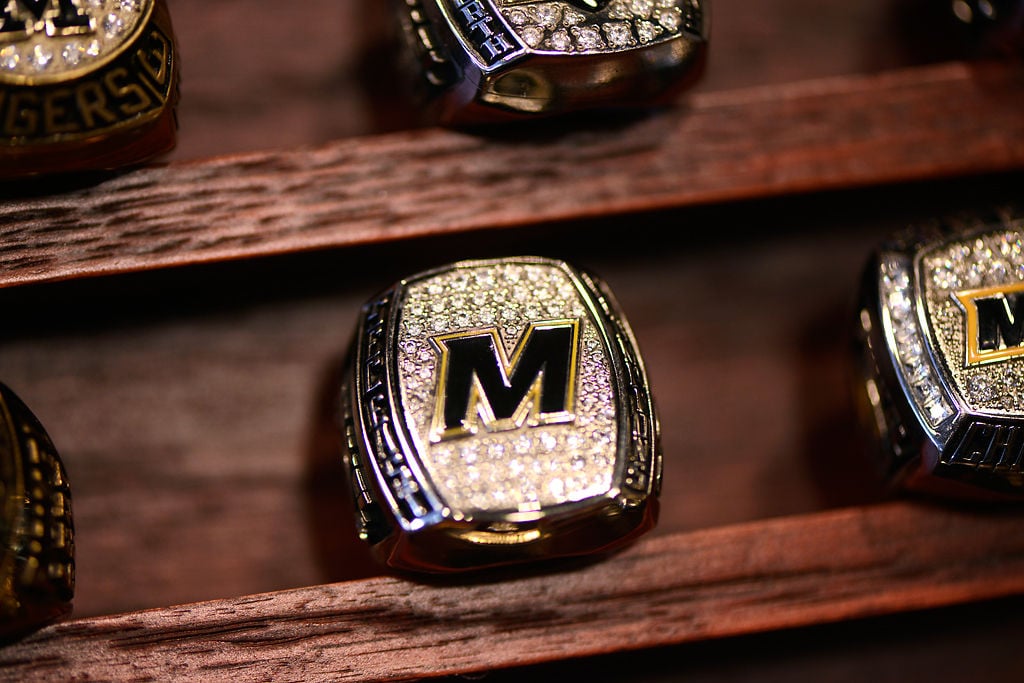 ABOUT THIS SERIES: More than seven years after MU uprooted itself from the Big 12 Conference, the Missourian examines whether one of the biggest decisions in the university’s existence has met expectations. In this series, we explore the benefits — and drawbacks — of the school’s move to the Southeastern Conference.

Seven and a half years ago, a single television network broke the Big 12 for good. Years of infighting and disdain for the league’s self-appointed leader, the University of Texas, had laid the foundation. As the Longhorns reaped the benefits of one-sided media contracts, their conference counterparts fell further behind. Texas was one of the first three schools nationwide to amass more than $100 million in athletics revenue in a single fiscal year in 2006; no other Big 12 program, save for Oklahoma State, which in 2006 received a $165 million gift from booster T. Boone Pickens, hit that mark until 2010.

When news surfaced of Texas’ potentially eschewing a league-wide television network in favor of an exclusive 20-year, $300 million deal with ESPN that featured a channel devoted solely to the Longhorns, its league partners had enough. Colorado, an original member of the Big Eight, left for the Pac-12 in June 2010. Nebraska escaped to the Big Ten soon after; and with the threat of the league’s implosion looming, Texas A&M, which had nearly bolted for the Pac-12 a year earlier, announced its move to the SEC in late August 2011.

Left to decide its own fate was Missouri. Two years earlier, Missouri governor Jay Nixon had floated the idea of a move to the Big Ten. But an offer never came, and Missouri stayed in the Big 12, the league it helped found 15 years earlier.

Days after Texas A&M’s announcement and an unsuccessful last-ditch attempt to convince the Aggies to stay, then-Missouri athletic director Mike Alden, Chancellor Brady Deaton, Interim System President Steve Owens and Interim General Counsel Phil Hoskins met on a roof atop the press box during Missouri’s season-opening game at Memorial Stadium to assess the school’s future. They determined a future in the Big 12, or at least what was left of it, wasn’t viable. Two months later, Missouri became the 14th member of the Southeastern Conference.

Deaton called the move “an opportunity to fulfill the expectations and the promise and the potential of the University of Missouri and its athletic program in a way that we have not had the opportunity in the past to do.”

In the 7½ years since, Missouri’s success in its new home has been inconsistent. The men’s basketball team has made the NCAA Tournament twice, once in 2013 under Frank Haith and last season in Cuonzo Martin’s first year helming the program, but it also suffered one of the worst three-year stretches in program history (an overall record of 27-67) under Kim Anderson’s leadership.

Under former head coach Gary Pinkel, the football program won consecutive SEC East titles in 2013 and 2014. Since then, Missouri is 24-27 overall, with a pair of bowl appearances in each of the last two years under Barry Odom. Volleyball and women’s basketball have seen a substantial uptick in success, combining for eight NCAA Tournament appearances since joining the league.

Financially, MU Athletics has amassed more revenue during each of the past six years than it ever had previously. But it also spends more than ever before, and the athletic department has now operated at a budget deficit for consecutive years. According to documents obtained by the Missourian, MU Athletics’ fiscal year 2018 revenue ranked 11th out of the 12 SEC teams that responded to requests for mandatory NCAA financial reports. The department is significantly behind the majority of its conference counterparts, especially upper-echelon athletic programs at schools such as Alabama and Georgia, in revenue from ticket sales, licensing, advertisements and sponsorships.

Recent efforts to grow the department’s donor base are underway, but declining football ticket sales since 2015 — when protests over the school’s racial climate roiled the campus — have had a major impact on the bottom line. And most recently, the football, softball and baseball programs were hit with one-year postseason bans and recruiting limitations by the NCAA for academic fraud. Missouri is appealing those sanctions, but if they are upheld, they could cost the department more than $8 million in revenue.

Back in the Big 12, Texas and Oklahoma now reign as the conference’s bell cows, with the Longhorns pulling in more than $210 million last year and the Sooners amassing a record-high $155 million of their own. The rest of the league remains far behind; West Virginia is the only other school with more than $100 million in athletic department revenue. Missouri’s former Big 12 peers such as Kansas, Kansas State, Oklahoma State and Iowa State have remained within spitting distance of the Tigers, money-wise, with Missouri’s growth in donations and increased media rights since joining the SEC providing the biggest difference between the Tigers and their former counterparts.

Attempting to discern where Missouri would stand today if it had stayed in the Big 12 is nearly impossible. When they left, the Tigers were legitimate conference title contenders in both football and men’s basketball, but after Pinkel’s departure in 2015 and coaching instability in the basketball program, it’s a mystery whether they would’ve been able to maintain that success. For MU athletic director Jim Sterk, who didn’t come to the school until 2017, the SEC is a move he’s happy the school made.

“I think there was an opportunity that Missouri couldn’t turn down as far as joining the SEC,” he told AL.com in 2017, “and it’s proven to be a really prudent move.”

As Missouri completes its seventh year of competition in the SEC this spring, the Missourian’s team of reporters set out not to determine whether the decision made on that press box roof on Sept. 3, 2011, was the right one, but to provide readers a compelling and in-depth look at the impact the Southeastern Conference has had on MU, its athletic programs, its students and the town of Columbia.