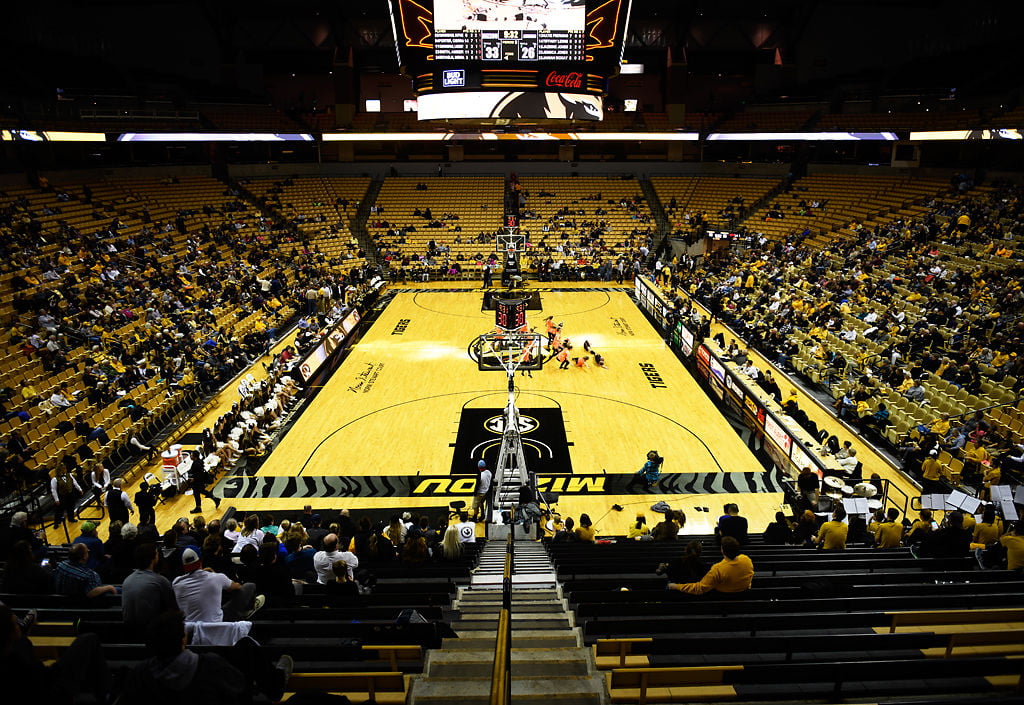 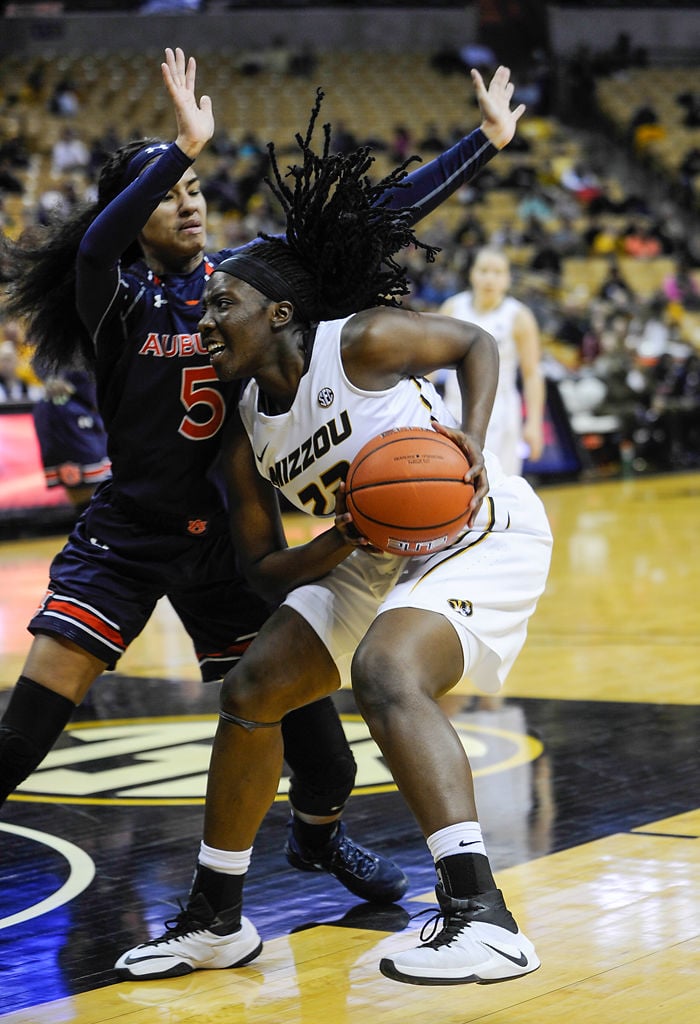 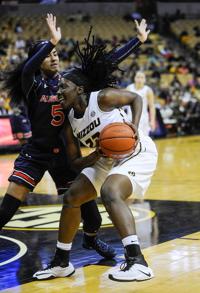 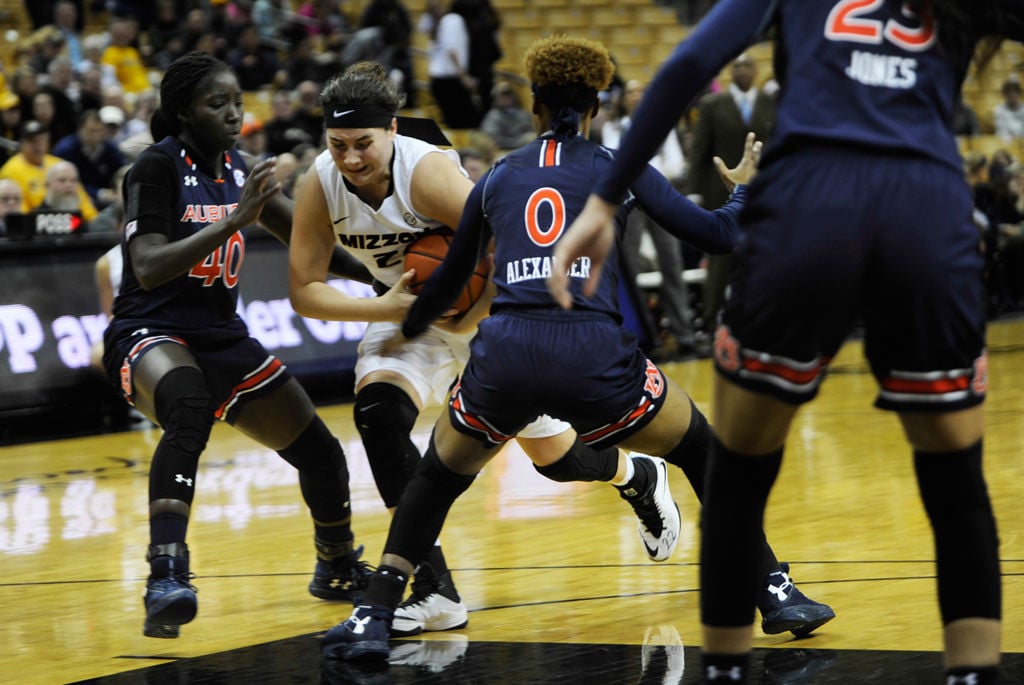 COLUMBIA — The crowd at Mizzou Arena rose to its feet and gave its loudest ovation of the game to sophomore forward Cierra Porter when she was subbed out with 3 minutes and 40 seconds remaining.

With the game well in hand, Porter jogged over to Missouri head coach Robin Pingeton with a big grin. She had just scored her 27th point, setting a new career-high on 71 percent, 10-of-14 shooting in Missouri's 68-53 win over Auburn on Thursday.

After a 1-3 start to Southeastern Conference play, Missouri is riding a four-game winning streak.

Porter took advantage of her 6-foot-4-inch frame and the distraction of sophomore guard Sophie Cunningham against an undersized Auburn team. Cunningham posted just three points on 1-of-5 shooting, but coach Pingeton said Porter's offensive output indicated that Cunningham, the 2016 SEC Freshman of the Year, made an impact on the game in ways not indicated in the box score.

"That's where our other players, if they can continue to step up that way, it's going to be harder to put that much attention on one kid," Pingeton said.

Porter won't take ownership of the new career-high. That would be taking too much credit, she said. Instead, she deferred to her teammates, who spent the evening deferring to her. Five of Porter's 10 baskets came off assists.

"That wasn't my career-high," Porter said, emphasizing "my." "That's all my teammates. I've had great passes."

On four occasions, Porter muscled her way through Auburn's defense and scored while drawing a foul.

Whether it came from a quick shot fake and pass from freshman guard Amber Smith or a savvy inbound play off the back of an Auburn player from senior guard Lindsey Cunningham, Porter was set up perfectly by her teammates around the basket.

In fitting fashion, Porter received the ball at the top of the key, put her head down on the dribble and scored her final points of the game while also drawing a foul. She was subbed out after converting a free throw moments later.

After the game, Auburn head coach Terri Williams-Flournoy didn't think that Porter did anything she hadn't seen.

"It's not hard, we gave her easy shots," Williams-Flournoy said. "We've had our post players better than that."

Missouri's shooting percentage showed that those easy shots were available for everyone, not just Porter. As a team, Missouri shot 53.8 percent, higher than the 41.7 percent average Auburn has held opponents to this season.

The convincing win over Auburn, whom Missouri overtook for fifth place in the SEC standings, comes with a reward: Pingeton and her players get a day of practice instead of a off-day Friday to prepare for a rematch with Kentucky on Monday.

"I think our girls understand there's still plenty of work to do," Pingeton said. "It's not a tough group to keep focused.It's not about Monday yet, it's about tomorrow's practice."

Porter joked that she and Lindsey Cunningham frequently work on the off-the-back inbound play in practice. After the success it brought tonight, it just might be developed during Friday's practice, as Missouri prepares for the final stretch of the regular season.

Strongly predict the malarkey of Trump-Biden debate for cash

MU football players in the pros