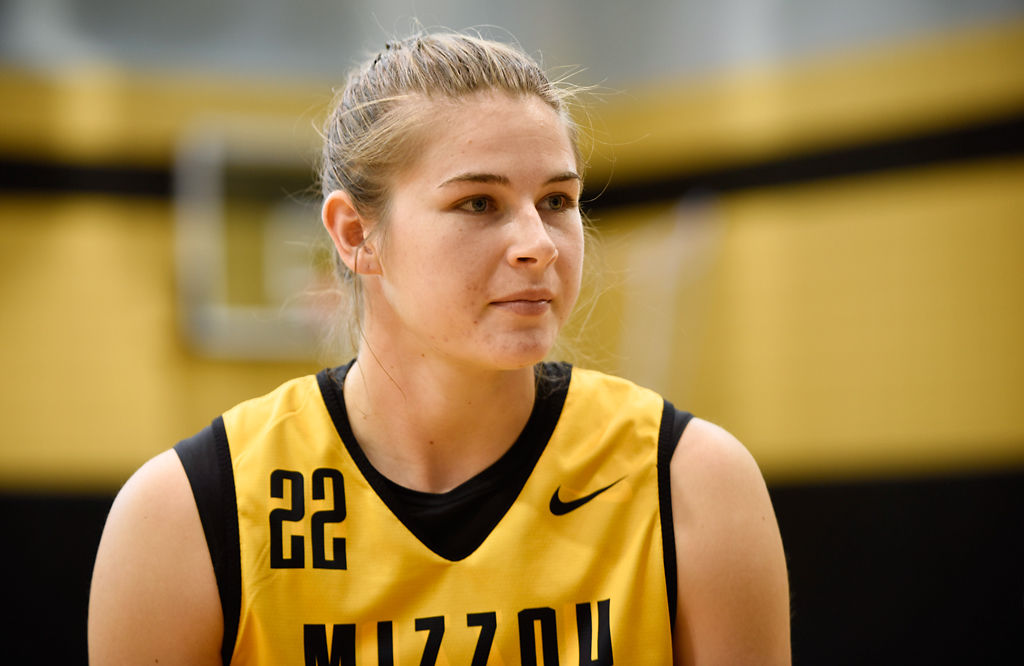 Senior Jordan Frericks speaks about the upcoming season during media availability Tuesday at Mizzou Arena. Frericks did not play last year after a season-ending ACL injury. 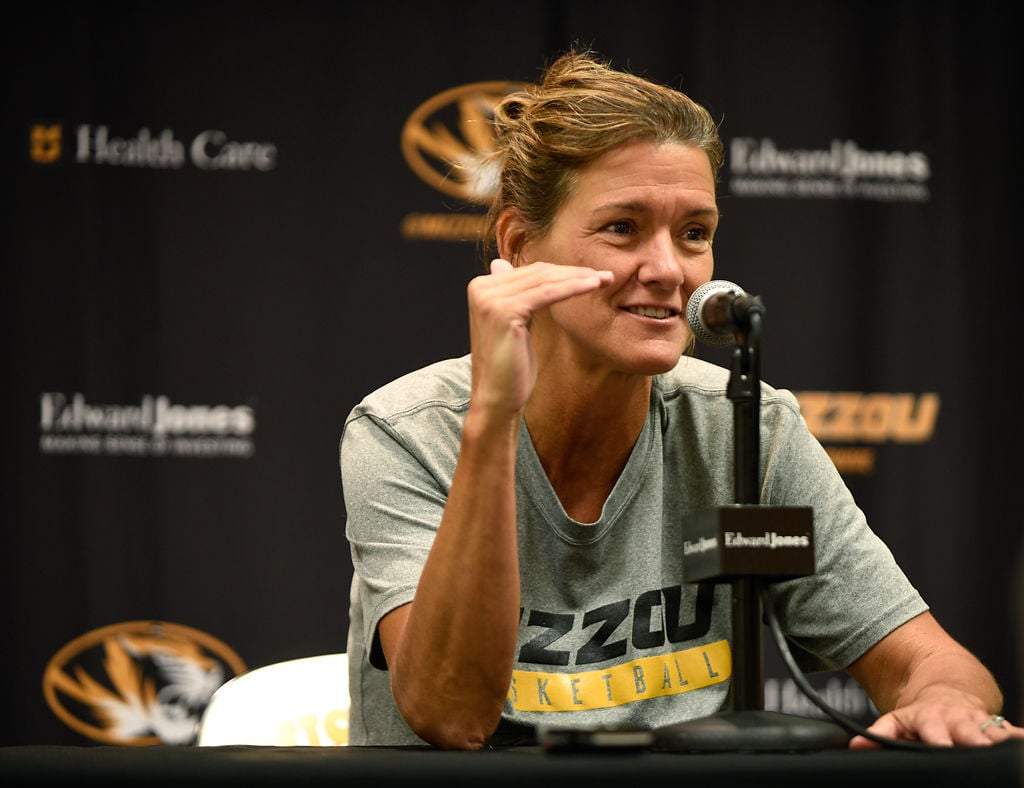 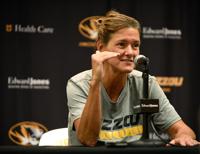 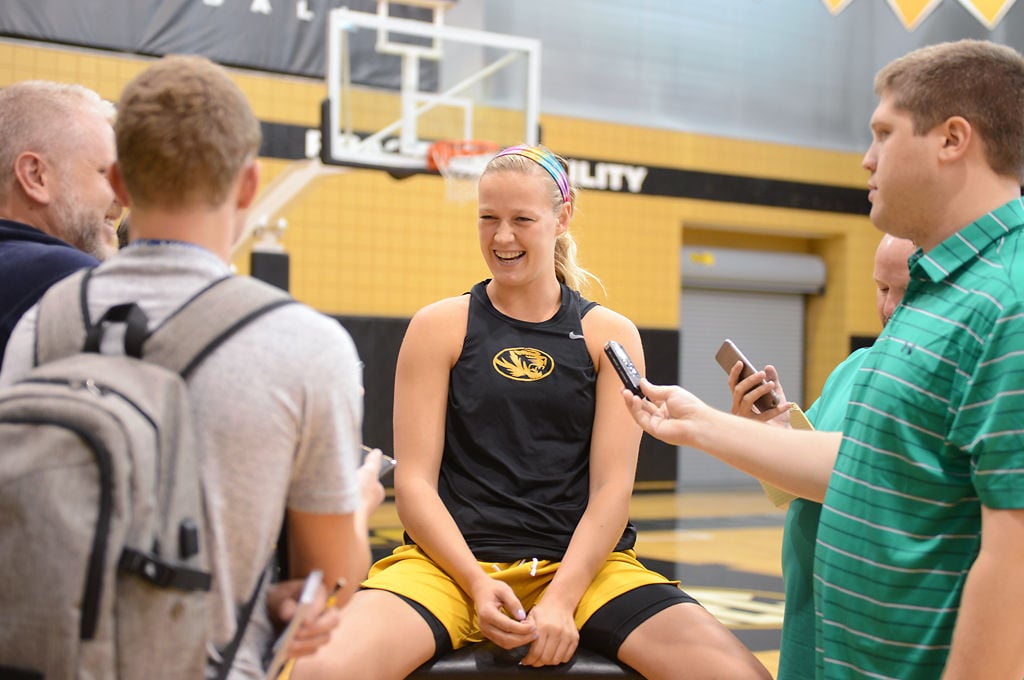 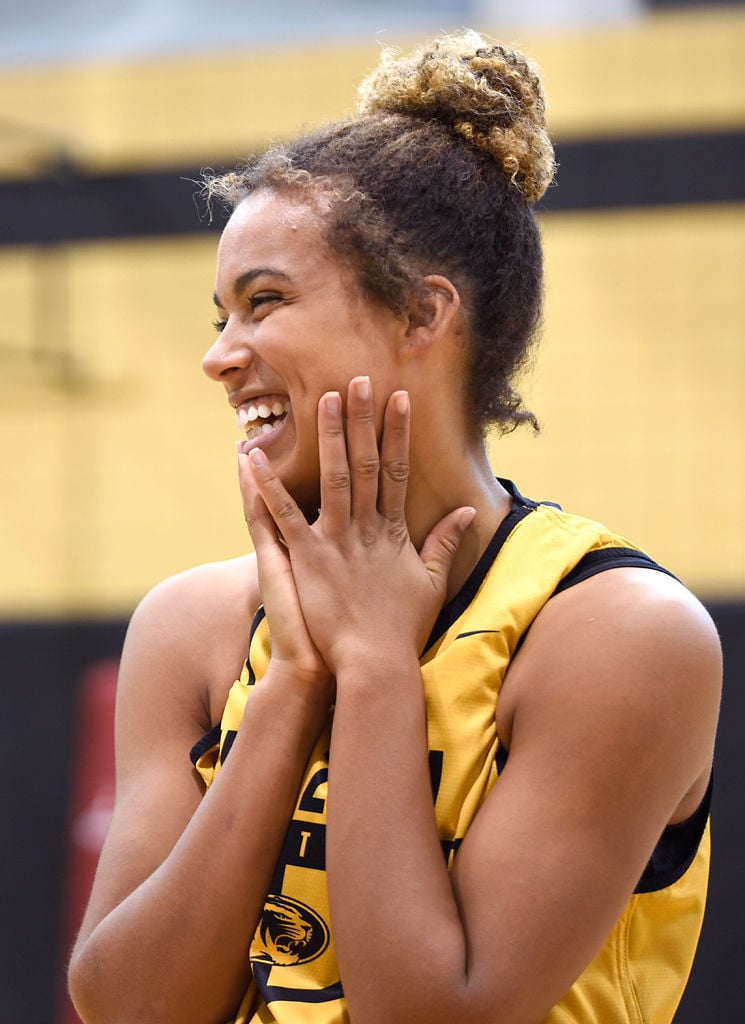 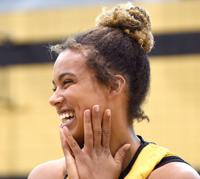 Senior Jordan Frericks speaks about the upcoming season during media availability Tuesday at Mizzou Arena. Frericks did not play last year after a season-ending ACL injury.

While reporters flocked to Missouri women’s basketball standout Sophie Cunningham at media day Tuesday, Jordan Frericks sat by herself about 30 feet away. Her eagerness was visible as she spun around her stool.

Eventually, the flock migrated to the redshirt senior. As Frericks was bombarded with questions, one answer was consistent: she is excited.

She’s excited to be a leader, excited about new additions to the team and excited for another season of Missouri women’s basketball.

More than anything, Frericks is simply excited to be back on the court.

Monday marked the first day of practice for women’s basketball. It was something Frericks didn’t take lightly after missing all last season with a torn ACL in her right knee.

“I have a whole new perspective, and I’m not taking this year for granted,” Frericks said. “I’m just so excited to be back and to play for our coaches and be able to be on the court with my teammates.”

In her first three years, Frericks was a force for Missouri, averaging 11 points and eight rebounds per game.

Despite being without Frericks last season, the Tigers went 22-11 and advanced to the second round of the NCAA Tournament for the second straight year.

Though Frericks was unable to play, she found ways to contribute.

“For us in the locker room, she had a huge voice,” Cunningham said. “With her on the bench, seeing the court, a lot of people went to her when they came off the floor to ask, ‘Hey, what can I do better?’”

With Frericks healthy, coach Robin Pingeton hopes the 6-foot-1 forward can return to form for the upcoming season and help Missouri build on last year’s success.

“It’s going to be great to have her back on the court,” Pingeton said. “She’s always been a very good leader for us and certainly an impact player on the court.”

Along with Cunningham and Frericks, the Tigers return major contributors in junior Cierra Porter and sophomore Amber Smith. Last year, Porter averaged 13 points and eight rebounds per game, and Smith was named SEC Co-Freshman of the Year.

Senior Bri Porter, who missed last season with her 5th ACL tear, will likely sit out this season because of her injury-riddled past.

“The direction that we’re really trending toward is going for a medical hardship for her this year,” Pingeton said. “She’ll still travel with us, she’ll be like a student assistant.”

The Tigers will look for production from many newcomers. Missouri has four incoming freshmen, including Emmanuelle Tahane from France and Rock Bridge’s Elle Brown, who was a Class 5 Missouri all-state honoree. Tahane has played for multiple French national teams and is recovering from a foot surgery that took place about six months ago.

“She’s really polished,” Pingeton said. “She’s got great court vision, she’s got really good handles, she guards really well, she can knock down perimeter shots. I think she’s got a chance to be really special for us.”

With the return of major contributors, including Frericks, and key additions, Pingeton recognized this team’s potential. However, she stressed that there is work to be done before the season starts Nov. 10 against Western Kentucky at the Hawkeye Challenge in Iowa City.

Whether the Tigers live up to their potential when the season rolls around, one thing is certain: Frericks will be excited when the ball is tipped.

Missouri to play Vanderbilt instead of Arkansas on Saturday