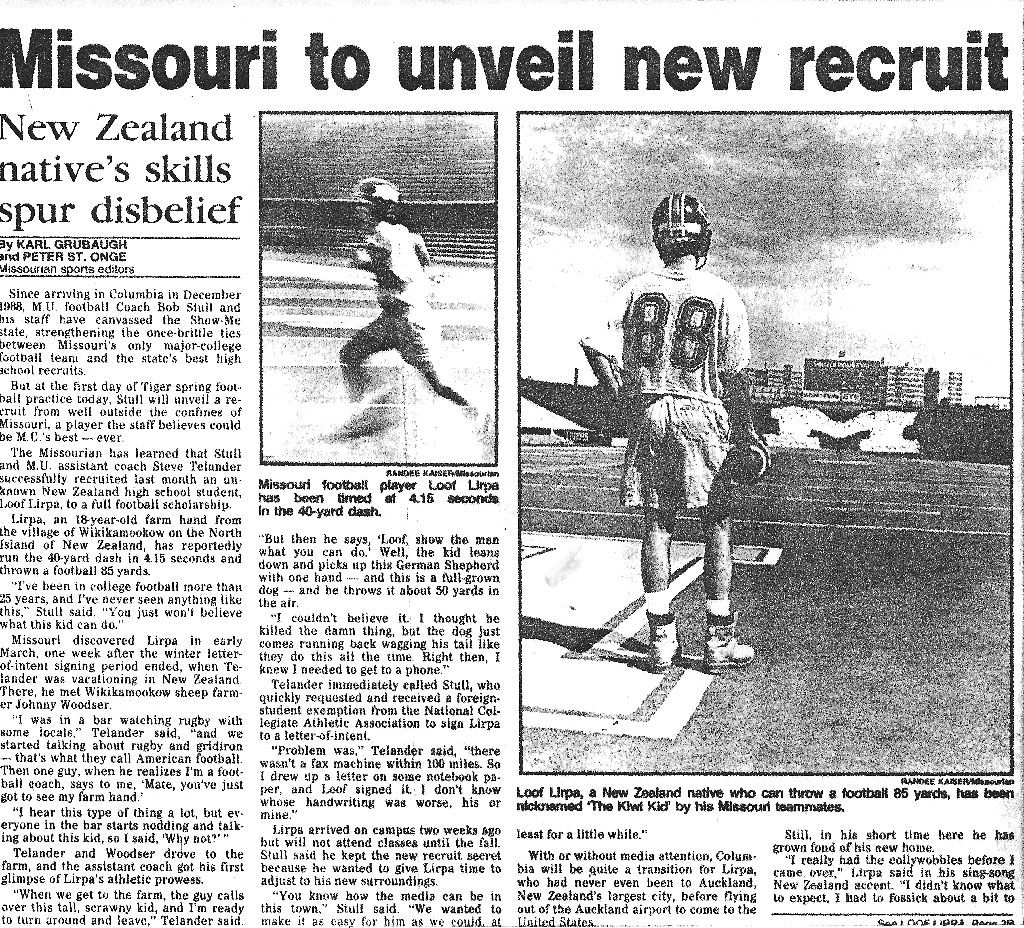 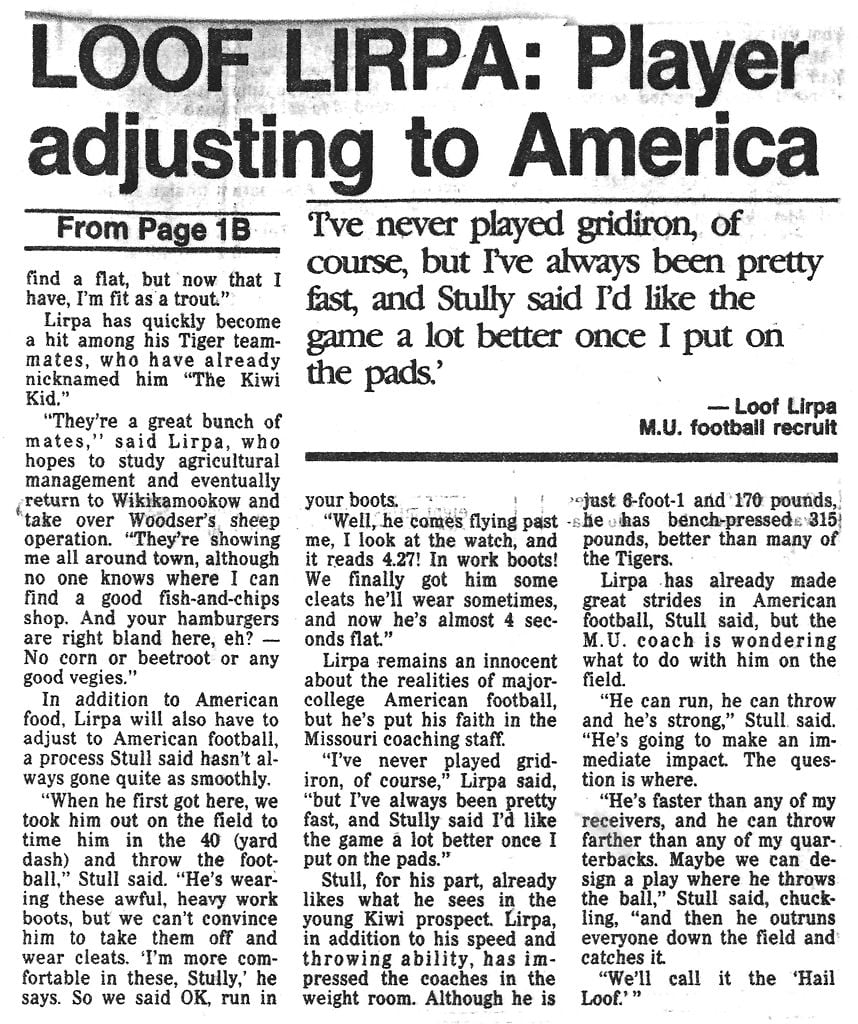 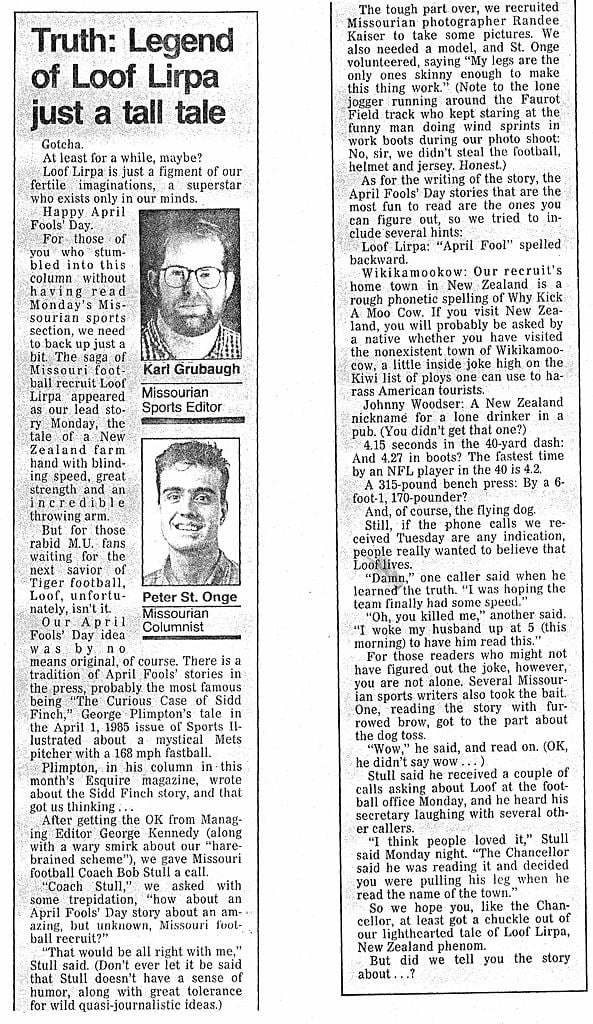 The Missourian reached out to former staff writers and editors to ask about their favorite stories from their time in Columbia.

One of my greatest Missourian moments was for a piece of fiction.

I was the Missourian sports editor in the spring of 1991, a job I’d held for less than a year. In mid-March, I picked up a copy of the April edition of Esquire magazine off the magazine rack at a local grocery store. It featured a George Plimpton piece about the tradition of April Fool’s spoof stories, especially in the British press. Plimpton, of course, was the creator of one of the best April Fool’s spoofs of all time — the tall tale of Sidd Finch, an Eastern mystic discovered by the New York Mets baseball team who was raised in an English orphanage, learned yoga in Tibet and could throw a 168 mph fastball with pinpoint accuracy.

A couple of days later, I was having dinner with my assistant sports editor, Peter St. Onge, across the street from the Missourian. (Peter is now an associate editor on the editorial board of the Charlotte Observer.) I told him about the Plimpton piece in Esquire, and Peter, of course, knew all about Sidd Finch.

"Did you know," I asked Peter, "that the first day of spring football practice for MU falls on Monday, April 1?"

"Okaaayyyyy," said Peter, his raised eyebrows indicating he knew where I was going, even if he couldn’t believe I was actually going to suggest what I was about to suggest.

"So," I said, "why don't we create a Sidd Finch-style spoof about an amazing MU football recruit who will be unveiled to Missouri football fans when practice opens on April Fool’s Day?"

And so was born Loof Lirpa. (That’s April Fool spelled backward — stick with me here.)

I’d lived in New Zealand for a year, and I owned a little handbook of New Zealand phrases and "Kiwi-isms," so we made Loof a Kiwi farmhand, a young man who was “discovered” when an MU assistant football coach was on a postseason vacation down under. While the coach was having a beer in a small-town New Zealand pub, a local told him about this amazing kid.

The coach checked him out. Loof could bench press 315 pounds, he could run the 40-yard-dash in 4.27 seconds in work boots, and he could throw a football 85 yards. The topper? He could also throw his German Shepherd dog 50 yards in a tight spiral.

We went to journalism professor George Kennedy, the managing editor of the Missourian at the time, and pitched our plan. George sort of harrumphed, said something about our "harebrained scheme" and gave his consent. (Editor's note: Kennedy writes a column for the Missourian, though he is no longer on staff.)

We got the MU football program to lend us a helmet, jersey and football, and we recruited Missourian photographer Randee Kaiser — now the deputy sheriff of Jasper County — to do a photo shoot that featured Peter playing the role of Loof.

One photo showed a blurred Peter/Loof streaking across Faurot Field while wearing shorts, work boots and, of course, the helmet. Another showed Peter/Loof from behind, gazing toward the scoreboard and the huge letter “M” at the far end of the stadium, his name — L. Lirpa — subtly displayed in handwritten letters on a piece of white tape stripped across the back of his helmet.

The morning we published the story, Peter was smart enough to come in to the office early. He ended up being interviewed about our amazing "scoop" on drive-time AM radio. Someone at KBIA, the MU-affiliated public radio station, read the story in its entirety on the air, and then let listeners in on the secret (because we didn’t in the story). I remember Prof. Don Ranly coming by the office in the early afternoon and giving me a smiling finger-wagging. "No, no, no!" he said. "No, no, no, no, no!"

Peter and I wrote a double-bylined next-day column in which we spilled the beans for readers and shared some of the reactions we'd gotten. The chancellor told coach Bob Stull that he realized we were pulling his leg when we reported Loof's hometown in New Zealand — Wikikamookow. (That's "Why-Kick-A-Moo-Cow," a little inside New Zealand joke often pulled on tourists.) Several fans called the MU football office, and the Missourian, to ask about Loof. "Damn," one disappointed caller told Peter. "I was hoping the team finally had some speed."

People loved the Loof story, and they might have loved it even more when they found out it was a prank. They were willing to suspend their disbelief — they so longed for fresh hope for a Missouri football program that, in the spring of 1991, had been struggling for several years.

But we knew we'd really struck a nerve a couple of weeks later when, on a local Sunday night sports TV talk show, after interviewing Stull about the upcoming season, the hosts took a phone call from an older woman in Sedalia.

"Susan from Sedalia," one of the hosts said, "what's your question for Missouri football coach Bob Stull?"

"So coach," she said, her voice crackling from the frustration and strain of a long and difficult drought for the MU football program, "how's that new recruit doing? Loof Lirpa, the kid from New Zealand?"

The TV hosts had to sheepishly explain that Loof … was just a spoof.

This story is part of a section of the Missourian called From Readers, which is dedicated to your voices and your stories. We hope you'll consider sharing. Here's how. Supervising editor is Joy Mayer.

Tipoff: In era of rampant transfers, Texas stands out