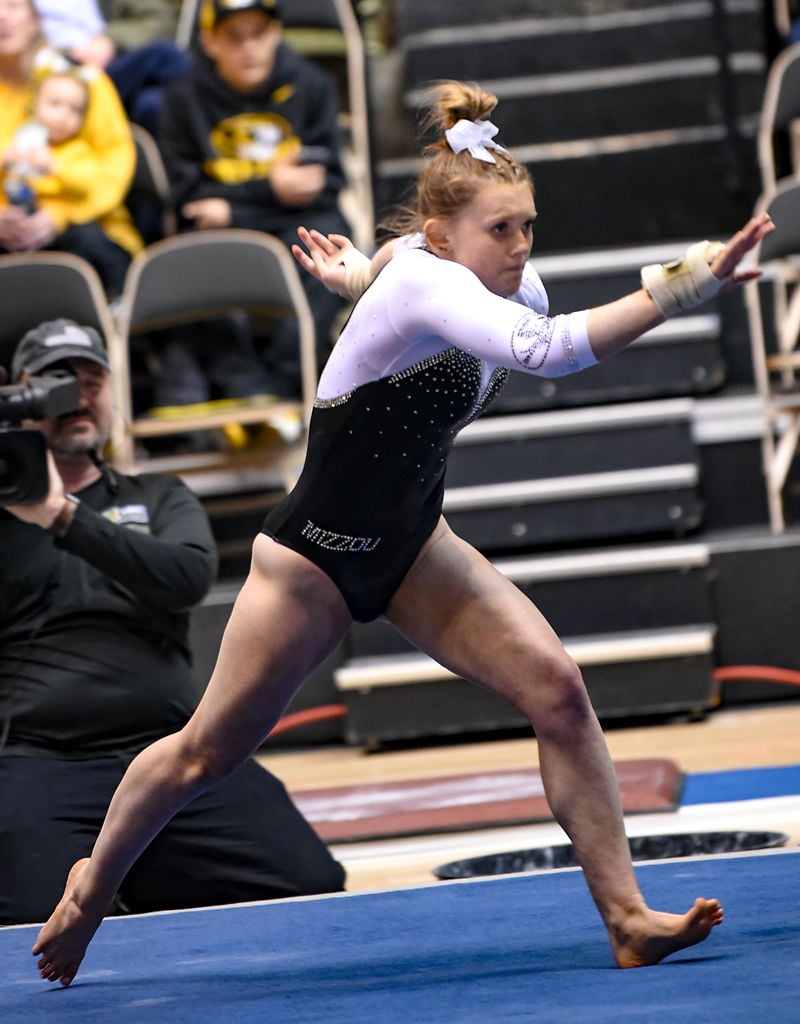 Missouri freshman Sienna Schreiber begins a pass on floor at the gymnastics meet Friday against Florida at the Hearnes Center. Schreiber won the all-around title with a 39.000. 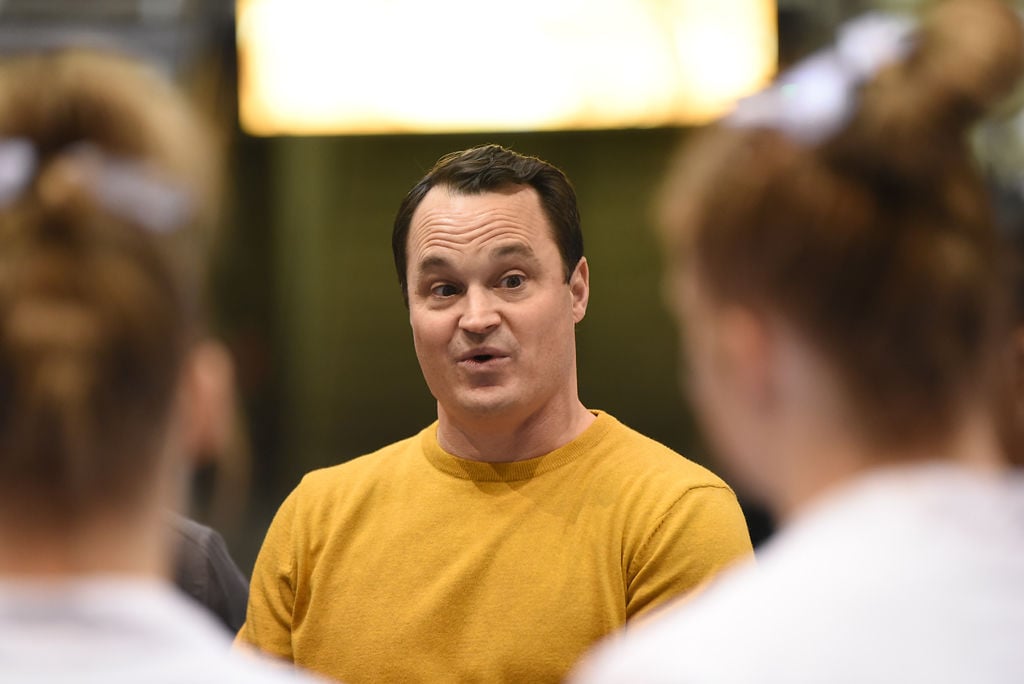 Missouri gymnastics head coach Shannon Welker talks with his team following the Tigers' loss to No. 2 Florida on Friday at the Hearnes Center.

Missouri freshman Sienna Schreiber begins a pass on floor at the gymnastics meet Friday against Florida at the Hearnes Center. Schreiber won the all-around title with a 39.000.

Missouri gymnastics head coach Shannon Welker talks with his team following the Tigers' loss to No. 2 Florida on Friday at the Hearnes Center.

No. 19 Missouri gymnastics lost 196.850-195.600 to No. 2 Florida on Friday, but it was not before freshman Helen Hu and Sienna Schreiber left their mark at the Hearnes Center.

Hu earned a 9.95 in the individual bars event to tie the program record and claim the bars title on the night. Fellow freshman, Schreiber, took home the all-around title with a 39.000.

At vault, the Tigers started the night with a 48.650 in the first rotation. Kambrie Brandt finished with a 9.8, good enough for second overall on the event. Gabrielle Gottula had a 9.75, while Meghan Porter, Aspen Tucker and Hannah McCrary tallied 9.7 each.

Missouri recorded a season-best 49.200 on bars with six scores of 9.8 or better. Hu paced the Tigers with her 9.95 to win her third event title of the season. She joined Jodie Heinicka, Sarah Shire and Alisha Robsinson as the fourth Tiger to ever go 9.95 on the event.

Porter recorded a season-best 9.85, as Tucker, Schreiber, Alisha Sheremeta and Chelsey Christensen all finished with a 9.8.

Missouri gymnastics finished the night with a 48.900 on floor with four scores of 9.8 or higher. Porter led the team with a 9.85 as Schreiber, Sheremeta and McCrary had 9.8s.

“I thought we had a lot of highlights today. Bars was much better today, we swung much more aggressively, so that was good to see,” Missouri head coach Shannon Welker said in a press release. “I was pleased that we were able to put three 10.0 vaults in our lineup, I think that’s the first time we had half our lineup at that 10.0 start value.”

“We did a lot of good things tonight but now it’s time to start getting some things to gel a little bit better. We have to start taking advantage of our opportunities to hit meets because we are a good team but I don’t think we’ve shown how good we are yet. The talent is absolutely there, we just have to put it together.”

Missouri wrestling returns to action at 7 p.m. next Friday at Auburn, Alabama.

Missouri gymnastics dominates on beam despite slim loss to Auburn

Missouri shocks No. 11 Auburn for first AP Top 25 win in over two years